There’s just one round to go now in the 2015 British Superbike Championship before we hit the final three-round Showdown, the still somewhat controversial three meetings that decide the outcome of the title.

Oulton Park next weekend hosts the final three races in the first segment of the season before we go to Assen, Silverstone and Brands Hatch for the seven races that will see the 2015 Champion crowned.

How well do you know the BSB? Why not test your knowledge by taking the quiz below…

Brookes in the ascendancy

After a steady start to the season, it’s Josh Brookes who’s in the ascendancy at present with the Milwaukee Yamaha rider having the last six races on the spin, the first time this has been achieved since Leon Camier in 2009.

A mid-season test at Snetterton in May marked a major stride forward for the Australian and Shaun Muir’s team and he hasn’t looked back since, taking double wins at Brands Hatch, Thruxton and, most recently, Cadwell Park. He’s also taken over at the top of the leaderboard for the podium credits and although he only holds a four-point advantage, they could prove crucial. 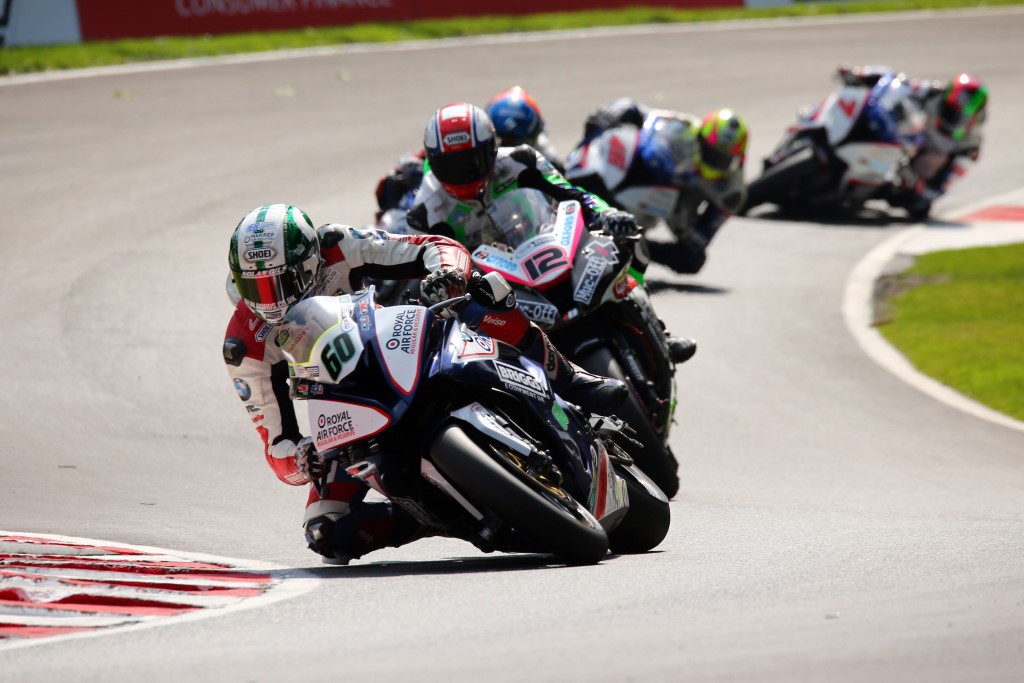 Whilst Brookes’ form has been exemplary, reigning Champion Shane Byrne has seen his fortunes go the other way and he’s only been on the podium once at the last four races. Thruxton has traditionally been a circuit where, by his high standards, he’s struggled and although he took second and fourth there, the problems ran a lot deeper as could be seen at Cadwell last time out.

He again found himself way down in qualifying and with lots of work to do and seeing him battling for the lower leaderboard positions isn’t a sight we’re used to. He’ll definitely be concerned by the form- and pace – of Brookes but you don’t win four British Championships without showing character and the Londoner will have plenty of that for the final four rounds.

The three races at Oulton will determine who the four other Showdown contenders will be but it’s highly likely two of them – James Ellison and Stuart Easton – will be there despite having missed rounds due to injury, the latter not having scored a point since Knockhill in July.

That shows the benefits of the Showdown system and despite not being fully fit when the Oulton races get underway, Easton could still make it through as a Showdown contender.

The other two favourites to make it through are the Tyco BMW pairing of Tommy Bridewell and Michael Laverty. Whilst Bridewell has taken a win and a podium, Laverty’s best finish is only fourth (he did finish second at Knockhill before being penalised for overtaking under a yellow flag) so it’s highly foreseeable we could have, again, a title contender who hasn’t been on the podium all year going into the final three rounds.

A number of riders still have a mathematical chance of making it through, most notably Dan Linfoot, Richard Cooper, Billy McConnell, Luke Mossey and Peter Hickman, they’ll have to score heavily at Oulton and hope misfortune strikes others.

Whilst some of the aforementioned may miss out on the Showdown, they could still have a significant say in where the Championship ultimately ends. Recent rounds have seen Mossey, Hickman, Cooper and McConnell all stand on the podium and are in great form as we go into the final third of the season and may well take points off the Championship hopefuls.

Undoubtedly the biggest disappointment of the season has been three-time former Champion Ryuichi Kiyonari. After finishing second overall in 2014, and pushing Byrne all the way, the Buildbase BMW rider was expected to be an almost certainty to make it through to the Showdown but the reality is that he’s been nowhere near.

Early season form was promising with a brace of fourths at the second round and he was again running at the front at the third round at Oulton before crashing out. Since though, he’s been a shadow of his former self – just as he was in his last season at Honda a few years ago – and has only scored 15 points from ten races. The final four rounds could be the last time we see the Japanese rider on the UK shores.

The BSB vs WSB Debate

"The price was reasonable, but half the call staff were..."