It’s widely recognised and agreed that the BSB series we know today first came to existence in 1996 and it’s from here where all statistics are taken. The very first race winner in 1996 was Niall Mackenzie who took the 750cc Cadbury’s Boost Yamaha to victory at Donington Park – the Scottish ace returned to the UK after nine years on the Grand Prix trail and promptly won the BSB title three years on the trot!

However, over the 20 years of BSB history, the leading rider when it comes to race wins is Shane ‘Shakey’ Byrne who grabbed his first win in 2002 when riding for the Renegade Red Bull Ducati team. Despite missing a few seasons over the years when competing in the MotoGP or World Superbike Championships, the Londoner now has 85 race wins to his name.

Those wins have come for a variety of teams and manufacturers and he’s won on both twin and four cylinder machines, notably Ducati, Suzuki, Honda and Kawasaki. After an eight-year absence, he returned to Ducati in 2016 and with nine wins taken during the course of the season he duly won his fifth title. For the first time ever, he then retained his title in 2017, overturning a 33-point deficit to Leon Haslam at the final round in dramatic fashion only for injury to curtail his defence in 2018. 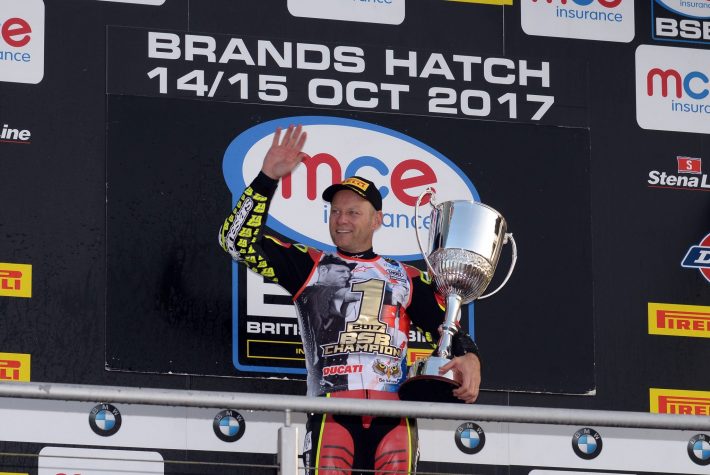 His total currently puts him 31 wins clear of Josh Brookes with eleven years of his career having now been spent in the BSB series. His first win came in 2009 with five wins in 2020 moving him on to an overall total of 54 wins. The Australian has been victorious on Honda, Suzuki, Yamaha and Ducati machinery with 15 of his career wins coming on the latter across 2019 and 2020, finishing second overall in the former for the fourth time before finally taking title number two in the latter.

His 2020 wins saw him overhaul Ryuichi Kiyonari with the majority of the Japanese rider’s victories coming on Hondas, specifically the HM Plant Honda’s. He did, of course, have an excellent season riding the Buildbase BMW in 2014 when he finished second overall but failed to get close to that kind of form in the following years, eventually leaving the series at the end of 2016.

Leon Haslam sits in fourth with the Derbyshire rider’s superb 2018 season seeing him not only win 15 races but also claim his maiden BSB title, after coming second on three previous occasions. He now has 46 wins, nine clear of another champion, John Reynolds.

Despite having retired at the end of the 2005 season, Reynolds still has the fifth highest total of wins with the bulk of his success coming on Ducati and Suzuki machinery and although both Haslam and Brookes moved ahead of him, he should remain where he is for a while yet as he’s ten clear of Michael Rutter

They’re one place ahead of Gregorio Lavilla, who’s 22 wins were all taken on the Ducati 999, and Leon Camier who still has the record number of wins in a single season at 19. This came in 2009 when he dominated the championship on the Yamaha R1.

Jason O’Halloran became the latest rider to record 15 wins or more with 11 wins coming during the 2021 season.

No less than 15 riders have stood on the podium 50 times or more since the 1996 British Superbike Championship although only eight of them have gone on to win the title with a number of the class regulars coming close on more than one occasion but ultimately falling short of the number one plate.

Unsurprisingly, it’s Shane Byrne that again leads the way and his current total of 189 rostrums is some 52 clear of Josh Brookes who pushed John Reynolds down to third overall in 2019. That shows what a dominant force Byrne has been over the years and also how successful Reynolds was up until his retirement at the end of 2005.

Brookes joined the ‘Century Club’ in 2017 and he added another 18 to his total in 2019 when he missed out on his second BSB to team-mate Scott Redding by just five points. Ten more came his way in the shortened 2020 season when he won his second BSB title. 2021 was a disappointing year though, by his own incredibly high standards, with just four rostrum appearances.

Michael Rutter is next on the list with his 99 appearances on the podium achieved over a 17 year-period. Ryuichi Kiyonari isn’t too far behind with 94 but then there’s quite a gap to Chris Walker who is, after Rutter, the next rider never to have won the title, a description that also fits James Ellison and Sean Emmett. Meanwhile, the late Steve Hislop sits in ninth overall despite his final podium appearance coming back in 2003.

A strong season in 2021, where he recorded 17 podium appearances, saw Tommy Bridewell move from a career total of 43 to 60 and he now sits in tenth overall on the all-time list.

Tommy Hill has a career total of 53 podiums, one ahead of Gregorio Lavilla whose 52 podiums were achieved in just three years. Like Bridewell, Jason O’Halloran had a strong year in 2021 and he’s now moved on to a total of 50 BSB podiums.

Since 1996, 15 riders have been crowned British Champion but only five of them have been victorious on more than one occasion and only three riders have won the title three times or more. The first to achieve that feat was Niall Mackenzie with his three titles coming in three successive years and he remains the only rider to have achieved that particular feat.

Ryuichi Kiyonari took back to back titles in 2006 and 2007 and after two years in the World Superbike Championship, he returned to the UK in 2010 to make it three Championships and thus match Mackenzie’s total.

Shane Byrne became the third rider to win three Championships when he took the 2012 crown, following his successes in 2002 and 2008, but he went clear of Mackenzie and Kiyonari in 2014 when he took his fourth title. He then added a fifth in 2016 and sixth in 2017 to further consolidate his status as the most successful BSB rider ever.

Redding became the first and only rookie to win the BSB title when he came out on top in 2019 whilst Mackenzie’s success in 2021 saw him follow in the footsteps of father Niall thus becoming the only father-son combination to lift the BSB title.

Titles have been won by English, Scottish, Australian, Japanese and Spanish riders. 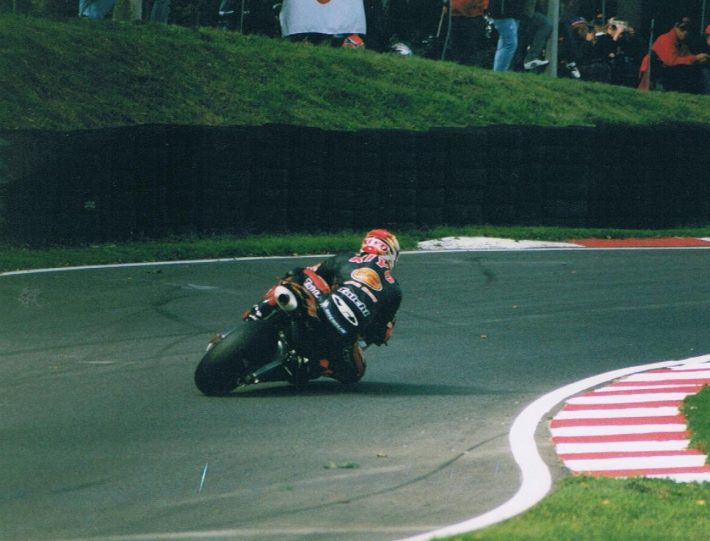 Total number of circuits in current use – 8

Eight circuits currently make up the BSB calendar with Brands Hatch, Donington Park and Oulton Park each set to be visited twice in 2022 with Assen again missing off the calendar, like it was in 2020 and 2021.

Donington, Brands and Silverstone all have more than one configuration with Donington continuing to host one round on the National circuit and one on the 2.5-mile GP circuit.

The Brands BSB rounds now take place solely on the famous GP circuit, the short Indy circuit not having been used since 2018, with Silverstone now using their shorter Natioanl layout. Thruxton remains, comfortably, the fastest circuit in use in the UK.

All of the lap records have been set since the Pirelli control tyre was introduced in 2008 with the lap record at Cadwell Park finally being broken in 2016 after standing for nine years.

Next stop… Check out the phenomenal BSB Hall of Fame!

Do you have any details on Mark Gallagher who won a motor bike championship many years ago. Date of birth JANUARY 1964?

He said he cannot find anything in the web?