When Niall Mackenzie returned to the UK in 1996 to contest the British Superbike Championship – after nine years in the 500cc World Championship – some skeptics wondered if he’d have the appetite to rub fairings at the likes of Cadwell Park and Mallory Park. It’s fair to say he more than proved them wrong and armed with ex-factory Yamaha WSB machinery; the Scot dominated the series for three consecutive seasons. 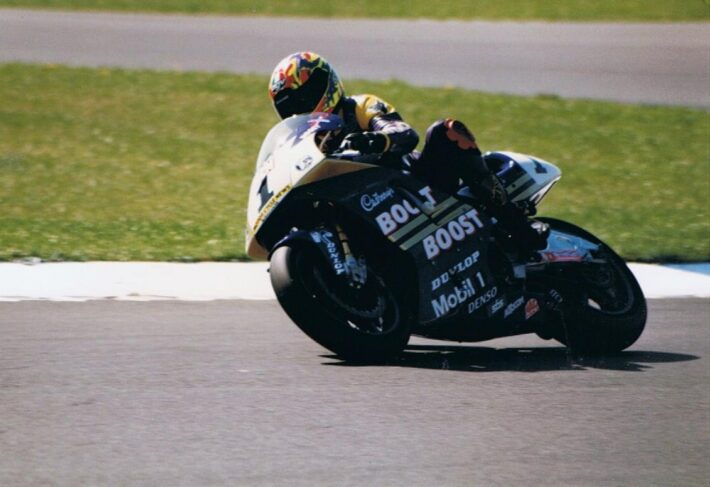 Riding for Rob McElnea’s Cadbury’s Boost team, Mackenzie won three titles in a row and saw off stiff competition each year, none more so than team-mates James Whitham, Chris Walker and Steve Hislop. The new R7 Yamaha failed to live up to its billing in 1999 and Mackenzie saw out his career in 2000 on the GSE/INS Ducati.

Chris Walker was a raw, exciting talent when he joined the Old Spice Ducati team in 1996 and many wouldn’t have predicted he’d still be racing at the top level some 20 years later. The Nottinghamshire rider soon became one of the most popular riders in the series and between 1997 and 2000, he had the unenviable record of finishing second overall each year. 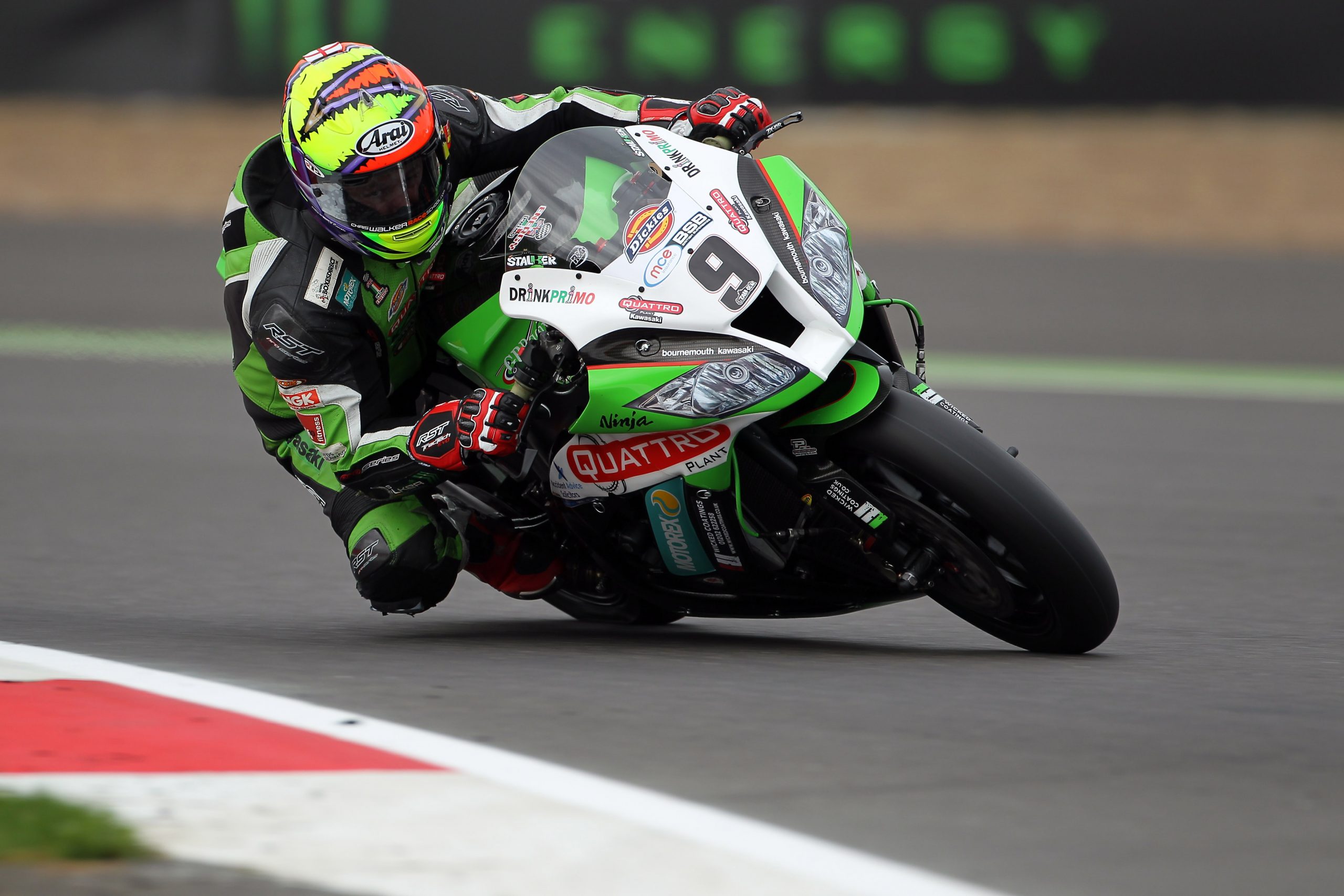 Riding for the official Yamaha, Kawasaki and Suzuki teams, Walker came close on each occasion none more so than in 2000 when he looked like he’d finally claimed the number one plate only to retire in the final race. That led to a number of years in WSB but he returned to the UK in 2007 where he’s remained ever since continuing to score high class results. 2016 saw him embark on a new challenge with a switch to the British Sidecar Championship ending the year in a stunning fourth overall whilst 2021 saw a return to two wheels and second overall in the Ducati Performance TriOptions Cup!!

John Reynolds was double British Superbike Champion in 1992 and that led to a number of years in both the 500cc and World Superbike Championships. By 1997 though, he was back in the UK and BSB where he was a regular front runner on the Red Bull Ducati’s. Always a race winner and podium finisher, he had to wait until 2001 to claim another British Championship though after a season long battle with fellow Ducati rider Steve Hislop. 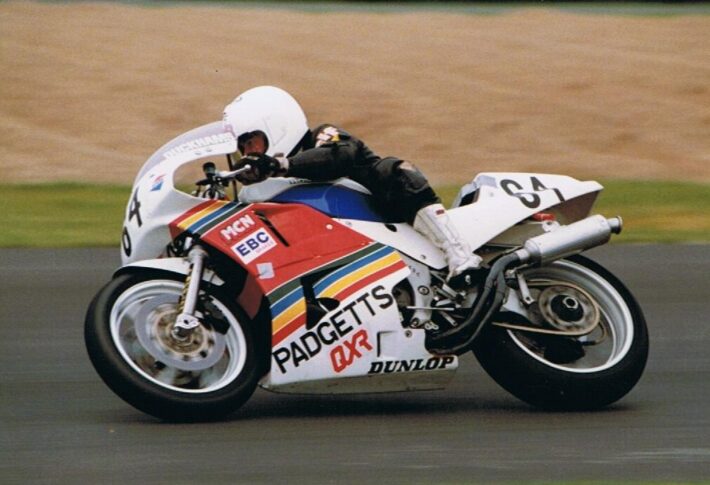 The Nottinghamshire rider immediately switched to the new 1000cc four-strokes in 2002 finishing second overall a year later. However, 2004 saw him end the year with the number one plate once more but an injury ravaged season the following year led to him retiring and taking up an ambassadorial role with Suzuki.

Recognised as one of the most talented riders the UK’s ever produced, Hislop was as equally good on the short circuits as he was on the roads and won the first of his two British Superbike titles in 1995 when he saw off the challenge of fellow Ducati 916 rider James Whitham. A couple of mixed seasons followed before he almost won his second title in 1998 after a year long battle with Cadbury’s Boost Yamaha team-mate Niall Mackenzie. 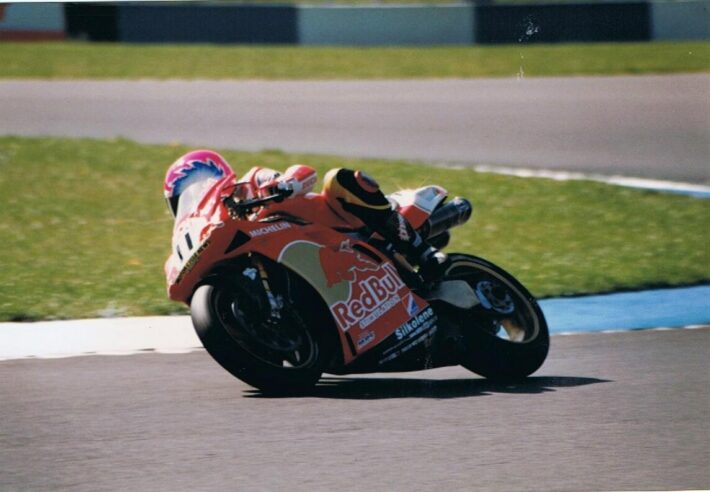 The Scot rode for Kawasaki and Yamaha over the next two seasons with varied results but was back to his best when he joined Paul Bird’s Ducati team in 2001. A spill at the penultimate round at Rockingham cost him the title but he made amends the following year to claim his second BSB crown. He then rejoined Rob McElnea’s Yamaha team but tragically lost his life in a helicopter accident in July 2003.

Extremely talented, Sean Emmett’s career could have been so much better had he stayed away from the playboy lifestyle for what he got a reputation, but there can be no doubt he was one of the best Superbike riders in Britain for almost a decade. He made his full-time debut in the series in 1997, immediately becoming a regular on the podium, and enjoyed his greatest success on Ducati machinery, primarily for the Red Bull team. 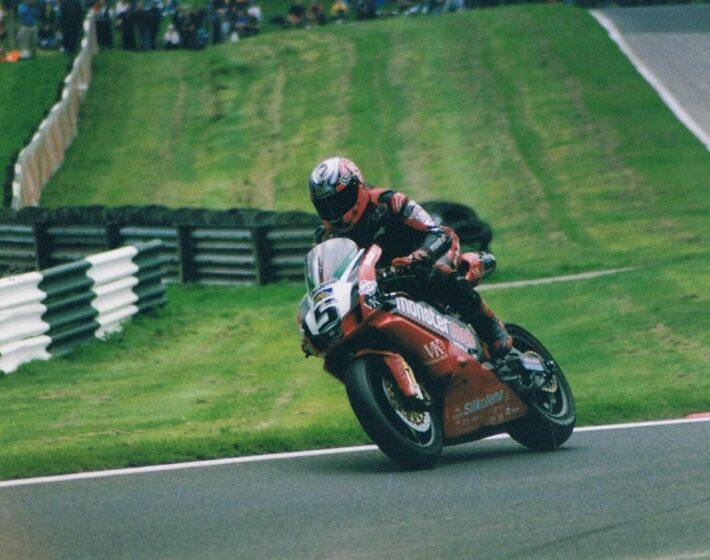 His best years came in 2001 and 2002 when he claimed third overall, the latter seeing him in contention for the title until his IFC team ran out of funds, and he was nearly always in the top six come season’s end. He also rode for Honda and Yamaha and has a BSB career total of 12 wins and 59 podiums.

Another stalwart of the BSB Championship, Rutter competed in the series every year between 1996 and 2015, except for 1999 when he contested the 500cc World Championship, and, unsurprisingly, has competed in more BSB races than any other rider – well in excess of 400. The Midlands rider has ridden for all of the top teams over the years but the number one plate, like Chris Walker, ultimately eluded him. Second overall in 2002 and 2004, Rutter has 27 wins and 99 podiums to his name, the latter the fifth highest total of all time. His best results have come on Honda and Ducati machinery whilst he’s continued to be a front runner at the likes of the North West 200, Isle of Man TT and Macau Grand Prix during a career which now spans an incredible 32 years! 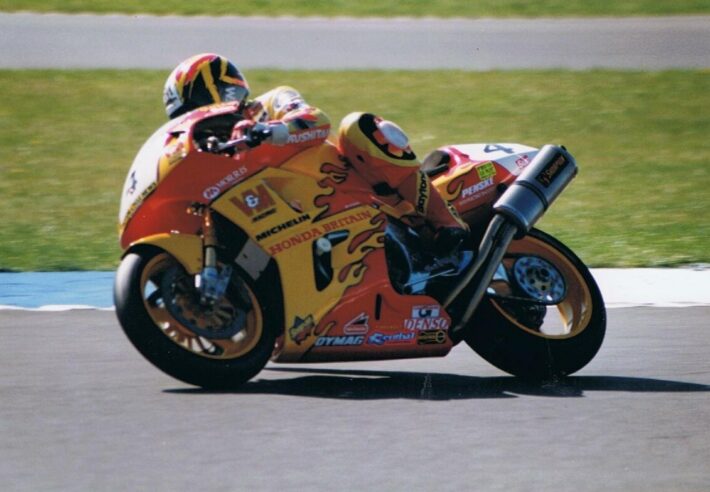 Londoner Byrne got his first taste of BSB action in 1999 when had some guest rides with Kawasaki but it was in 2001 when he made his first real mark, winning that year’s Privateer’s Cup and finishing eighth overall. That became fourth in 2002 when he rode for Renegade Red Bull Ducati and a year later, he dominated proceedings on the Monstermob Ducati to claim his first BSB crown. 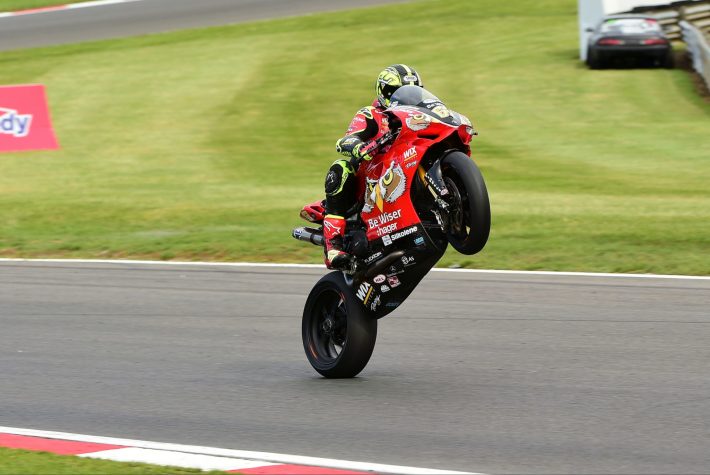 A move to MotoGP followed but he was back in the UK in 2006 riding firstly for Suzuki, then Stobart Honda with BSB title number two coming on the Airwaves Ducati in 2008. Two years in WSB followed but since 2011 he’s remained in the UK taking four more titles, in 2012 and 2014 on Kawasaki and in 2016 and 2017 on Ducati, all for Paul Bird’s team. Injury curtailed his 2018 campaign and he hasn’t been able to resurrect his career since but with six titles, 85 wins and 189 podiums, Byrne is comfortably the most successful BSB rider of all time.

Little was known about Japan’s Ryuichi Kiyonari when he arrived in the UK in 2004 but as a factory Honda rider, much was expected of him. That first season saw a mixed bag of results but two dominant wins at the final round gave a glimpse of what lay ahead and he claimed second overall in 2005. Despite some extremely stiff competition, he then went on to win back to back titles in 2006 and 2007 which allowed him to move into the World series. That didn’t quite give him the results he’d hoped for and he was back with Honda in 2010 promptly winning his third title. 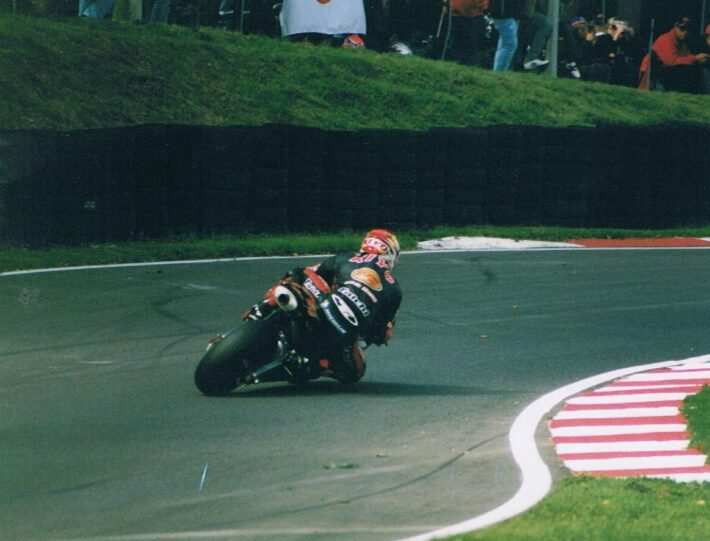 Spanish rider Lavilla had a brief BSB career but made a huge impact culminating in him winning the title in 2005. After a guest appearance on a Rizla Suzuki in 2004, Lavilla found himself without a WSB ride in 2005 but when James Haydon got injured he deputised at the GSE/Airwaves Ducati team for the first two BSB rounds.  However, with four podiums from those first four races he remained with the team for the rest of the season and with 7 wins and 22 podiums, he took the title by over 30 points from Ryuichi Kiyonari. 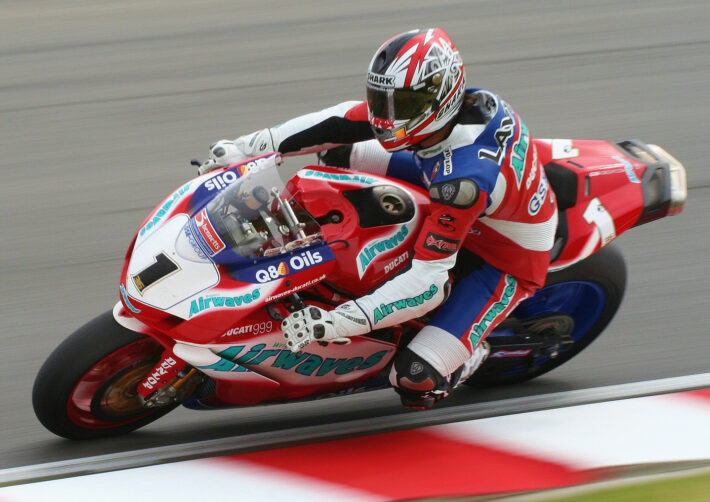 The next two seasons followed a similar pattern and he perhaps should have won more than the one title, instead finishing third overall in 2006 and fourth in 2007. Lavilla won 22 races and stood on the podium 52 times and was certainly one of the best ever foreign imports to have graced the BSB series.

Australian rider Brookes joined the BSB series in 2009 although visa issues delayed his debut until the second round and his first season was up and down as he developed a bit of a ‘bad boy’ reputation for his antics. Fourth overall was the outcome and from 2010, he was never out of the Showdown positions as he firstly took second overall that year for HM Plant Honda. He then moved to the TAS Suzuki team where he spent three successful seasons and although the Suzuki wouldn’t have been everyone’s first choice of machine, Brookes took second overall in 2012 and third in 2013. 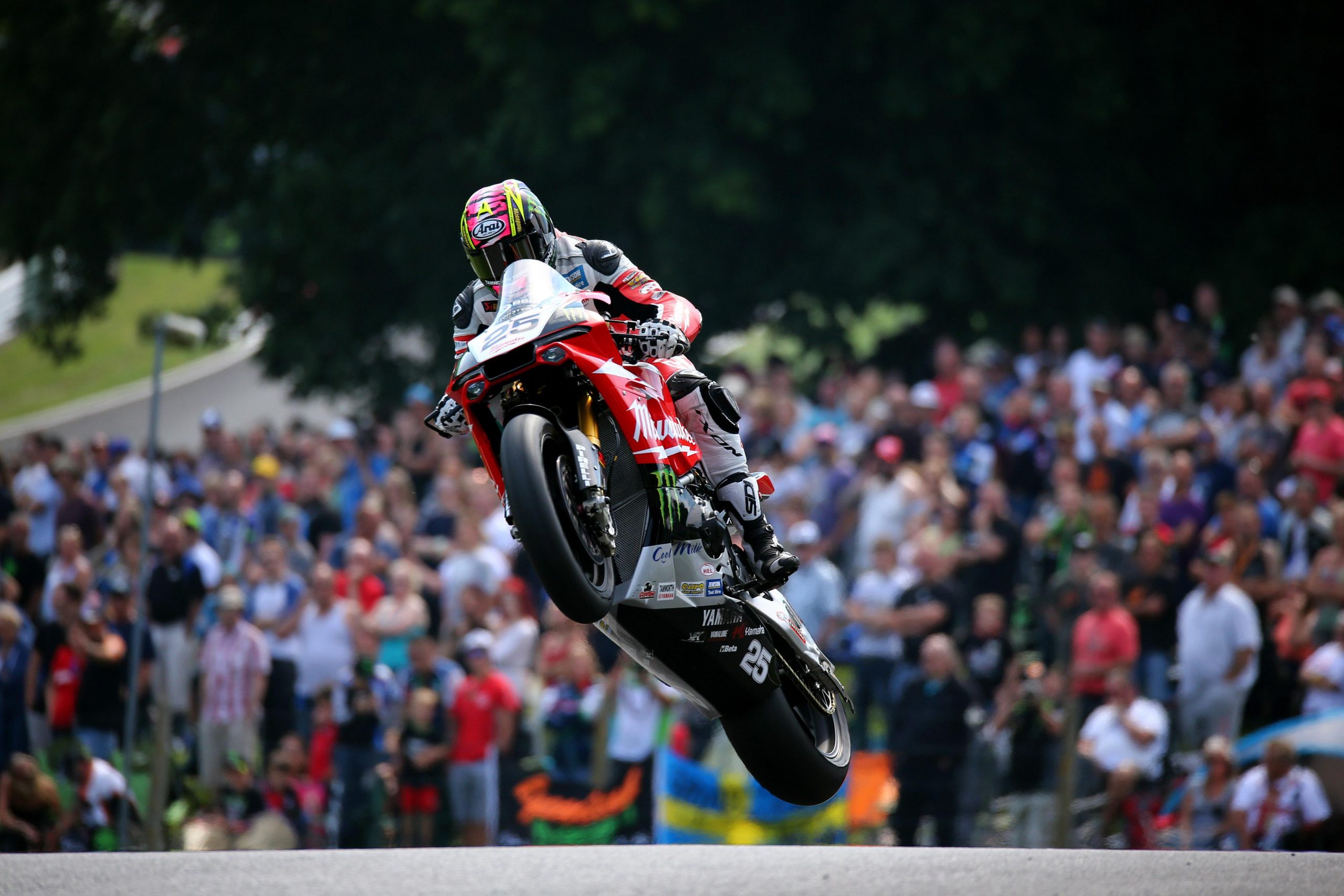 With needle between himself and regular sparring partner Shane Byrne, the duo had regular battles and a move to Milwaukee Yamaha saw Brookes come out on top in 2015 when he took his first BSB title. A disappointing season in World Superbikes in 2016 followed and he returned to BSB in 2017 when, despite riding for the unfancied Anvil Hire TAG Yamaha team, he took second overall, only missing out on the title by three points.

After taking fourth in 2018, he finished a close second once more in 2019 before finally take his second title in 2020 with double victory at the final round; with a career record of 54 wins and 147 podiums, both figures are the second highest in the history of BSB.

Having first raced in the BSB Championship in 2003, Haslam’s first win came a year later and riding primarily Ducati machinery, but also Honda, he finished in the top four every year between 2005 and 2008. Second overall in 2006 and 2008, he then spent seven successful years in the World Superbike Championship before returning to BSB in 2016 with Kawasaki.

Second overall once more in 2016, he looked like he’d finally take his maiden BSB title in 2017 only for a crash at the final round to see him miss out. Undeterred, he bounced back in 2018 and a superb season saw him take 15 wins and the title at last. He now has 46 wins and 102 podiums, the fourth highest totals in the history of the Championship. 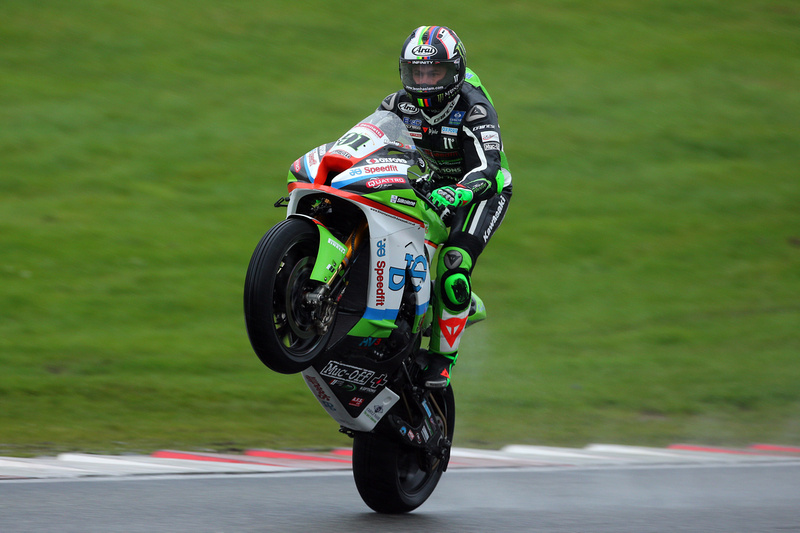 Now you’ve visited the BSB Hall of Fame, you can check out the impressive records and stats….

3 comments on “BSB Hall of Fame”

He had retired by the time the Championship became BSB.