How much does custom bike insurance cost?

Want to get an idea of the average cost for Custom Bike Insurance in the UK? We've provided some examples here...

All prices are correct as at January 2021 and are based on a married rider aged 45, living in the BS27 area, with a full licence, 5 years NCD for SDP including commuting, no convictions or accidents, bank manager, with factory fitted immobilisors. Bike is garaged and the usage is 3000 miles per annum.

Get modified motorcycle insurance from experts who understand the difference between fork braces and fork handles!

Each and every custom bike is tailored in its very own unique way to your own taste so you’ll need a policy to suit just that.

If your bike is an ‘off-the-shelf’ custom, you can easily grab motorcycle insurance for custom-built bikes online.

However, if you’ve made any extra modifications or enhancements to your bike, one of our friendly custom bike experts advisers will be able to find the perfect policy tailored to meet the requirements of your custom bike. Call them now on 0345 872 3614.

Insuring your custom motorbike doesn't need to be a hassle...

What types of custom motorcycles can you insure?

We can insure all types of custom motorbikes, but it’s not always just about the bike, other factors have a large influence on your bike insurance such as your motoring history and the security in place for your custom bike. Typical types of motorbike customisations that we can insure include:

Custom bikes and factory customs are tailored to the requirements of the rider so they are likely to provide a better experience for the rider involved. Factory customs allow personalisation without compromising your warranty but bike customisation is now hugely popular and isn’t something you should be worried about declaring to your insurer (as long as they know their motorbikes!).

Where did the custom bike scene come from?

If having a say in how your motorbike looks, rides and feels is vitally important to you, getting one custom built is undoubtedly the way to go. This custom bikes feature stylistic and/or structural variations to the standard machines produced by major manufacturers, and encompasses bikes that are either unique or only produced in small numbers.

The first motorbikes labelled as ‘custom-built’ began to appear in the 1950s. The evolution of the ‘Chopper’ style of motorcycles in the 1960s was pivotal to the success of custom machines.

The story goes that upon returning home from World War II, American soldiers became dissatisfied with the heavy machines built by Harley-Davidson and Indian at the time, as they had ridden lighter or more versatile vehicles while they were in Europe.

These soldiers began experimenting with their bikes and “chopping” them by removing or shortening (bobbing) the fenders. The result was a new style of machines that looked cool with simple, clean lines.

Customising continued strongly from then on, and in the 1990s and early 2000s, expensive custom bikes became fashion as well as status symbols.

We are now experiencing a massive surge in the popularity of custom bikes, as the new-wave bike scene flourishes with places such as the Bike Shed and media such as Bike Exif being big players in the custom bike scene.

Why insure your custom bike with Devitt?

We've been motorcycle insurance specialists for over 80 years and we know custom bikes...

We compare prices from leading UK insurers to find you our cheapest custom bike insurance.

We've got lots of information on our site about custom bikes...

A Guide to Motorcycle Modifications: Part Two – The Low Down

A Guide to Motorcycle Modifications: Part four – Up Front

A Guide to Motorcycle Modifications: Part One – Modify to Fit

A Guide to Motorcycle Modifications: Part Three – Wheel In The Changes 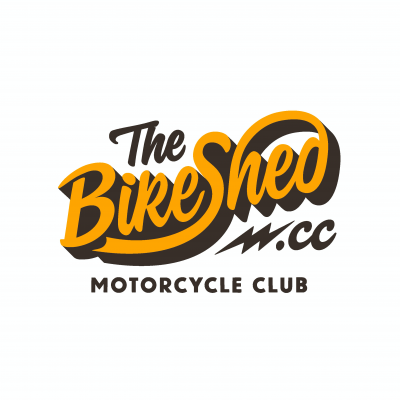 Checked online for quotes and went through them all , Davitt was for me the best across all the available requirements at a reasonable price, so I rang the number…

Purchased via comparison website, I found Devitt to be very competitively priced and very easy to set up. Once I purchased the insurance I liked the various options to prove…

Isle of Man TT: Big changes for the 2022 Return

New race classes, live online coverage of qualifying and races, plus new schedule with two racing weekends for 2023 for the Isle of Man TT...

It had been a busy few weeks in the motorcycle racing world, catch up on all the news right here...

The luxurious MV Agusta Rush gets engine, chassis and cosmetic updates fresh for 2021.

Just announced, a sporty race-replica version of MT-07 roadster, the Yamaha R7 is on it's way...

"Purchased via comparison website, I found Devitt to be very..."