The British Superbike Championship isn’t just about the feature Superbike class and, indeed, the support classes over the years have not only provided as much entertainment, sometimes more so, they’ve also been the springboard for success for many of the UK’s leading riders. It’s a cliché but everyone has to start from somewhere and looking back at the likes of the 125cc, 250cc and Supersport 600cc results over the years, you’ll see countless names that have gone on to become British Champions, and even World Champions, in the Superbike class.

Back in the 1970s and 1980s, the race programme for a British Championship meeting was quite uniform in its structure, mirroring that of the World Championship – races were held for 125cc, 250cc, 350cc, 500cc, 1000cc and Sidecar classes – but over the course of time, largely due to the growth of the four-strokes and decline of the two strokes, things changed.

First to go was the 350cc class. This was dropped from the World Championship calendar at the end of the 1982 season and lasted only three more years in the UK. By then Production racing was in the ascendancy and one make Championships had become popular including the CBR600 Honda and TZR250 Yamaha series whilst the Superstock class, essentially where the Superbike class was spawned from, had been introduced in 1985.

The CBR600 Championship was replaced in 1989 by the Supersport Championship, still for 600cc machines but open to all manufacturers, and this remains today becoming, arguably, the second most important Championship in Britain. Taking a look at the champions since that first year in 1989 and it reads like a who’s who of British racing – John Reynolds, Ian Simpson, Jim Moodie, Karl Harris, Stuart Easton, Leon Camier, Cal Crutchlow, Michael Laverty, Glen Richards, Steve Plater, Sam Lowes and Alastair Seeley to name just a few.

Popularity and importance of the BSB

The Supersport machines are essentially 600cc production bikes that are allowed a set amount of tuning and aftermarket parts, rules that have been tweaked over the years to keep costs to a minimum – at one stage it wasn’t unreasonable for riders to be spending £30-40,000 on a Supersport machine so this had to change.

As mentioned, the BSS championship is seen as a stepping stone for the younger talent to go up to the British Superbike Championship and beyond, none more so than Tom Sykes, Crutchlow, Camier and Lowes. 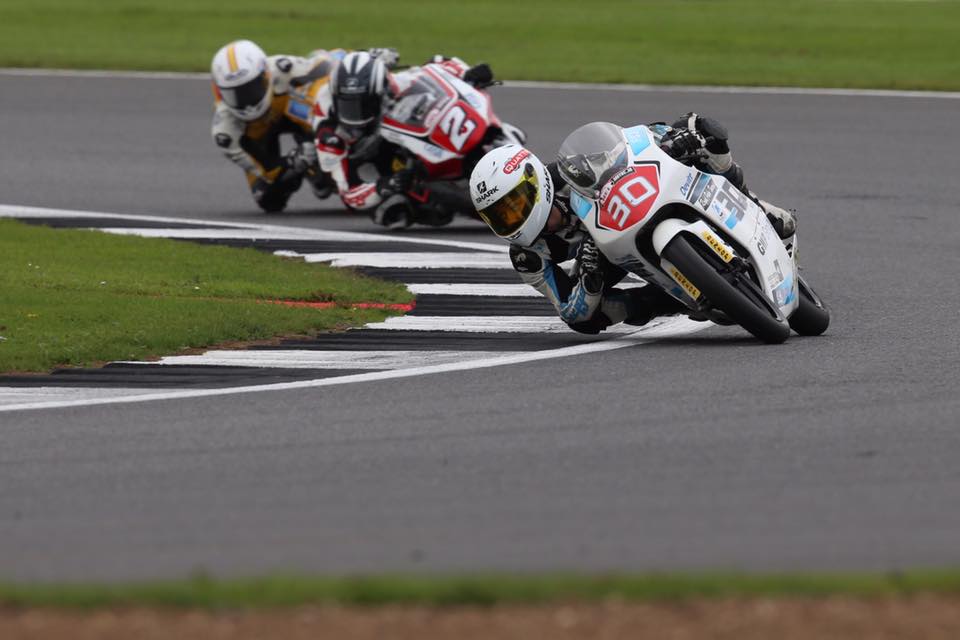 The Supersport class took over from the 250cc British Championship as the second most important class on the BSB programme and although the 250cc World Championship didn’t disappear until the end of 2009, it had long been consigned to the history books in the UK. Indeed, the last 250cc British Champion was crowned in 2001 with many riders immediately switching to the 600cc division. Many of the UK’s finest riders came via the 250cc two-stroke route though with Niall Mackenzie, Steve Hislop, Paul Brown, Jamie Robinson and John McGuinness all having been crowned British Champion.

The demise of the 250cc class

The demise of the 250cc class was accompanied by the rise in the Superstock formula, for both 600cc and 1000cc machines whilst it also meant the 125cc class was the only two-stroke class to remain.

As the name suggests, the Superstock Championships is for bikes that have to be of a stock spec and as close to a road going version of the bike as possible – very limited alterations are allowed. This means that racing is much cheaper than in other categories and, as such, this category gets many more entrants than any other class on the BSB grid. It’s not unusual to see 50-60 entrants vying for 36 grid slots in the Superstock 1000cc and 600cc Championships.

The Superstock races are often the closest on the race schedule primarily because the bikes are so similar and it all comes down to the rider as opposed to the fastest bike and biggest budget/team. Again, many riders have used the class as a stepping stone into the BSB Championship with David Jefferies, Glen Richards, Alastair Seeley, Jon Kirkham and Richard Cooper all having been former champions.

Return of the Stock 600 Class

The 600cc Superstock class ran in 2001 and 2002 before being replaced for a number of years by the one make Virgin Mobile R6 Cup Yamaha Championship, a series that guaranteed the overall winner a seat in the Virgin Yamaha BSB team. In 2008, the Stock 600 class returned to replace it and came with a maximum age of 25 with the aim being that it was where youngsters could make the move from the 125cc class and learn their trade on four-strokes prior to moving onto the faster Supersport and bigger Superstock 1000cc machines.

Winners of the Superstock 600cc Championship have almost all made the switch to the Supersport class with many other front runners opting to go directly onto the Stock 1000cc bikes.

However, with production of 125cc two-strokes eventually grinding to a halt, 250cc four strokes, or Moto 3 machines as they are called, were allowed into the class in 2012. To begin with the 125s still ruled the roost but the Moto 3 machines soon dominated and the two-strokes are now, sadly, no more. The Motostar Championship was replaced in 2020 by the Honda British Talent Cup.

See the growing popularity of the BSB Support Series unfold…

Again, the 125cc class was where many future champions started with Neil Hodgson and Leon Camier amongst the former British Champions. Casey Stoner and Chaz Davies are just two more riders to have enjoyed success in the 125cc British Championship before moving onto bigger and better things.

In addition to the aforementioned classes, numerous one-make Championships have taken place over the years, the most successful of which, arguably, was the Virgin Mobile R6 Cup, which ran from 2003-2007, with Tommy Hill, Cal Crutchlow and Billy McConnell just some of the former participants in the Championship, the brainchild of Virgin boss Richard Branson and Yamaha team boss Rob McElnea.

At present, the Ducati Performance Tri Options Cup and HEL Performance British Junior Supersport Championships are the two other solo support classes for the British Superbike Championship, the latter being open to riders 13-18-years old and providing a level playing field for emerging talent.

This replaced the Santander Consumer Finance KTM Cup which in 2015 saw Thomas Strudwick become the youngest ever rider to win a British Championship Race at 13 years, 247 days beating previous record holder Kyle Ryde when he took one of the KTM races at Snetterton.

Return of the F1 Sidecars

Finally, the final support Championship is for the Sidecars which returned to the BSB programme in 2011 after being absent for many seasons. From the 1950s through to the 1990s, the sidecars were an integral part of a British Championship race day with the class producing many future World Champions including George O’Dell, Steve Webster, Steve Abbott, Tim Reeves and Ben Birchall.

However, when it fell out of favour on the world stage, the same happened in Britain where, from the mid-1980s onwards, two classes were running for the F1 and F2 classes. The Championships continued to run but at their own stand-alone meetings but this changed in 2011 and the sidecar class now features at nine of the BSB rounds with two races at these meetings. In 2019, the class reverted to 600cc-only engines.

Up next, everything you need to know about the history of the British Superbike Championship.