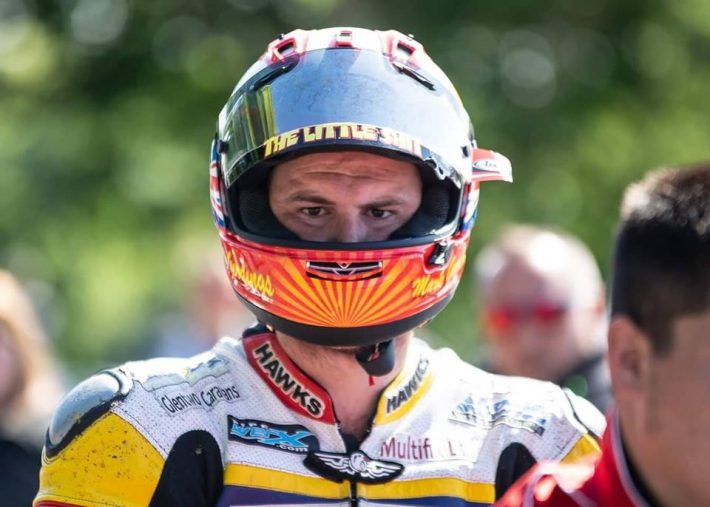 “My dad is an ex-racer and while I was growing up my brother raced, so much of my childhood was spent at race tracks. I had my first race in 2005 as an eager 13 year old at Elvington Park and have stuck at it since then.”

Mark started racing in 2005 at the age of 13 with Club Auto66 coming 2nd in the championship in only his second year of racing, he continued to race with this Club progressing to the 400cc class in 2007 where he won two championships on the 400cc machine.

After the success he had on the 400cc bikes Mark moved up to the 600cc class in 2008 whilst still competing on the 400cc machine, where he again lifted the title of 400cc Road and Track Champion.

In 2009 Mark raced in the 125cc and the 600cc championships where he had good results throughout coming in 2nd and 3rd in the championships against very stiff competition.

Goodings’ first Isle of Man appearance came at the 2011 Manx GP, where he competed in the Senior, Junior and Newcomers A races, coming in 49th, 58th and 23rd respectively. All of these races were competed on a 600 Kawasaki, with his highest average speed coming in the Senior MGP at 98.478mph.

“It would be David Jefferies on the roads and Barry Sheene on circuits.” 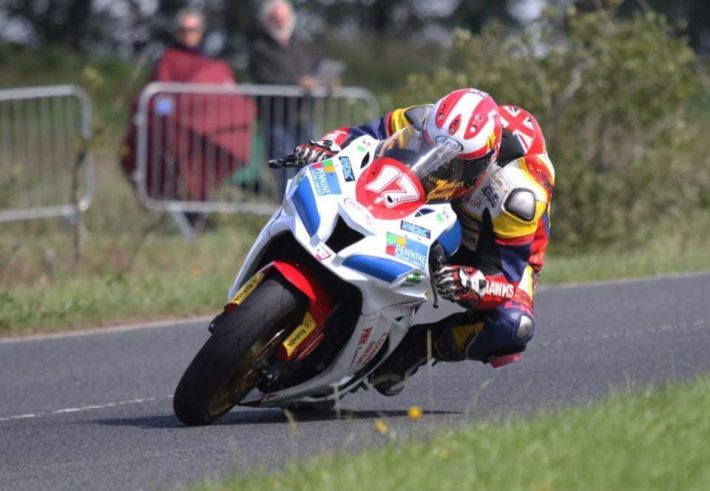 Goodings continued to race in many classes with the Auto 66 club competing on both the circuits and the roads including Scarborough’s famous Oliver’s Mount circuit where he won on board the 400cc machine.

In 2012 Mark continued his long standing relationship with the Auto 66 club winning races at Scarborough on the 125cc bike, and he also won a 1000cc heat at the same circuit by beating Ryan Farquhar. In addition, he earned pole position for the 600cc race there at the Ian Watson Spring Cup.

Mark’s first TT appearance came in 2015, placing a credible 40th in both the Senior TT and Superbike TT, whilst also coming 42nd in the Superstock race and 45th in the Supersport TT 1. His highest average race speed was 117.725mph in the Senior race, which was won by John McGuinness.

That year saw him join the 120mph Club with a best lap of 120.299mph and the following year saw him take 49th in each of the Superstock, Supersport 1 and Supersport 2 races.  Goodings also placed 37th in the Senior TT.

At the Post TT meeting at Billown, Mark took 5th in the Superbike race and 13th in the Supersport before returning to the circuit a month later for the Southern 100 where he enjoyed an excellent week. Eighth, ninth and 12th place finishes were recorded in the Superbike races with a fine tenth the outcome in the feature Solo Championship race where he lapped at an impressive 109.753mph.

Meanwhile, a strong week at the Ulster Grand Prix saw him record four top twenty finishes, the best of which was 15th in the second Supersport race but he also took 16th in the Superstock and Superbike races, the latter seeing him set a new personal best lap of 128.592mph around the Dundrod circuit.

Forced into retirement in three of the five Isle of Man TT races Goodings competed in, 2018 proved to be rather frustrating in this respect. It has to be said however, taking 25th in the Senior race makes up for the disappointment. In the dramatic race eventually won by Peter Hickman, Mark rode his Kawasaki ZX-10R around the six laps in a total time of 01:53:51.826, just under six seconds faster than 26th place Michael Evans. He also set a new personal best lap of 122.553mph.

In the other race Goodings finished he achieved a solid 41st in the Superstock TT, again riding the IPG Kawasaki ZX-10R, at an average speed of 118.904mph. He concluded his week at the Post TT meeting at Billown where he took fifth and 15th respectively in the Superbike and Supersport races.

Mark returned to the Isle of Man for the Southern 100 in July with his first result coming in the Senior race where he placed 15th. He was forced to retire from the 600cc races but took 16th in the second Senior encounter and wrapped his week up with a solid 14th place in the feature Solo Championship race.

Onto the Ulster Grand Prix and Mark opened his account for the week with a strong 17th place in the Superstock race but he went better still in the Superbike race with an excellent 13th place finish.

Mark had an average speed of 119.003mph in the Senior TT riding a Kawasaki machine where he finished 28th with a time of 1:54:08.276. His fastest lap was 121.762mph as he won his third bronze replica. In his other races Goodings achieved respectable 40th and 41st place finishes in the Superbike and Superstock races, with an average speed of 119.303mph and 117.191mph respectively.

Mark had earlier competed at the International North West 200, opening his account for the week with a good 21st place in the Superstock race. He improved upon this in the solitary Superbike race where he took 18th place on his Kawasaki ZX-10R in the wet conditions.

Unfortunately, he was forced to miss both the Southern 100 and Ulster Grand Prix meetings in 2019.

“It’s a tough decision between Oliver’s Mount and the Ulster Grand Prix.”

“To be a front runner at the TT and win a Gold Cup race at Oliver’s Mount.”