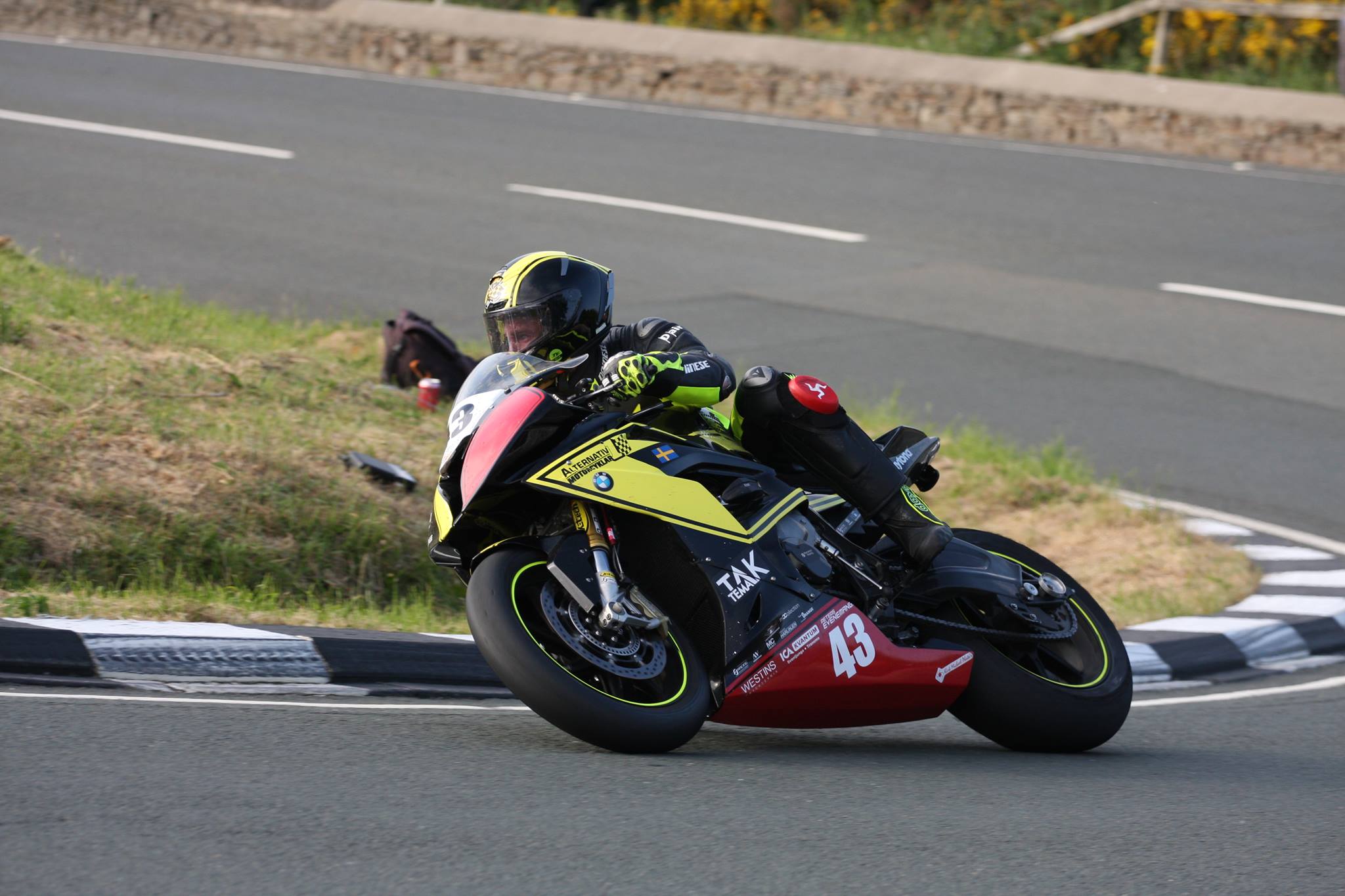 “I started my career with classic racing in 1995 but soon went to the Swedish championship in modern racing. After having raced in different classes and with everything from 125, 250, Supersport and Superbikes on short circuits I travelled to Frohburg in Germany 2011 and raced in my first real road race. I was 4th in the 250CC GP-class. The year after I went to Manx GP and did well before I had a bad crash that crushed my ankle and that took 16 months to heal. In 2014 I returned to the Manx GP and got an invitation to race in the Isle of Man TT Races the next season. Since then the TT is my main goal and everything else I do during the year is just practice for the TT. I am a pure privateer and have to work full time (and more) to be able to compete in the TT every year.”

Björn’s first Isle of Man appearance came in the Manx GP in 2012, where he placed 16th in the Junior race at an average speed of 109.718 and timing at 1:22:31.91. As he mentioned above, a bad crash in the Senior race later in the week meant he had to miss the following years MGP.

“In racing it has to be Joey Dunlop for his achievements on the roads and his personality beside.”

Björn is the only Swedish rider to compete in the TT Races at the moment, which can be seen as an achievement in itself. His first TT appearance came in 2015, where he made an impressive debut appearance with his highest finish coming in the Lightweight TT, where he placed a fine 14th on a 2015 Kawasaki ER-6, the race being won by Ivan Lintin. This was the same year Björn came 25th in the Supersport TT 2 and 31st in the Supersport TT 1 on a 2014 Honda CBR600RR and he posted an excellent fastest lap of 119.839mph.

The following year Björn achieved his highest TT finish to date in the Lightweight TT race, placing a superb 9th on the same 2015 Kawasaki ER-6 he rode in the previous year. Gunnarsson also improved on his results in the Supersport TT 1 and 2 races from the previous year, coming 20th in the second race and 26th in the opening encounter. He again improved his speeds and in the second Supersport race, he joined the 120mph Club with a lap of 120.581mph whilst six finishes in his first two years at the TT saw him win six bronze replicas.

For 2017, Bjorn moved into the 1000cc class for the first time at the TT but a coming together with another rider at Laurel Bank during practice left him battered and bruised and although he started two races, his injuries meant he was forced to retire on both occasions.

Undeterred, Bjorn returned in 2018 with his 1000cc BMW S1000RR and his commitment and dedication to the Mountain Course was rewarded with a fine 24th place in the Superbike race which saw him win another bronze replica. Unfortunately, he retired from his four other races but not before more 120mph+ laps were recorded and with a new personal best lap of 123.480mph, Bjorn is now the fastest ever Swedish rider to have lapped the 37.73-mile course, a tremendous achievement.

“This has to be the easiest question I’ve ever been asked, even easier to answer than “what´s your name?” The Mountain Course of course!”

“Ride as fast as I can around the mountain course with the material I can afford.”