Each and every biker is different at heart – some are bearded with tattoos cruising around on a Harley Davidson, others are pull on their Parka coat and scoot about the streets on their Vespa – but they share one love for two wheels!

Benefits of riding a scooter

There are plenty of reasons why commuting by scooter is worthwhile, including:

The popularity of scooter community and MOD groups are growing just as large and passionate as the motorcycling community, with many events held across the country that involve ride outs, charity runs and much more!

Check out this video of a MOD ride out in action…

It’s the age-old debate for the scooter community but which really is best?

Piaggio’s Vespa came first to the scootering world in the 1960’s bringing a classic design that has stood the test of time. Fitted with a direct drive engine, Vespa’s are known for their reliability making them the perfect scooter to be using on a daily basis.

With the step-through frame and concealed engine (tucked under the seat or over the back wheel), it meant women in dresses and men in suites could hop on their Vespa without a care in the world. It’s no wonder that more than 16 million Vespa scooters have been made and sold around the world.

Lambretta, another Italian scooter design, emerged in the late 1940’s Piaggio’s but when manufacturers, Innocenti were bought out by British Leyland, the scooter production was long forgotten. However the Lambretta soldiered on under various owners but it didn’t stop there being a brand new Lambretta LN125, direct competition for Piaggio.

Lambretta’s are known for their rigid tubular frame with a small leg shield that had minimal panels to enclose the mechanics of the machine. A popular choice for most due to featuring a rear pillion seat or extra storage space, Lambretta scooters were simple machines that were easily adapted to fit with the upcoming fashion.

Take a look at our favourite scooters…

Officially released in 1977, Vespa PX125 has remained unchanged when it comes to its unique scooter style. Fitted with a two-stroke engine, which is rare in a bike over 50cc nowadays, the 123cc two-stroke gives a welcoming change of pace for the Vespa.

The lightweight machine is fantastic for nipping around town, with the handy storage compartment in the leg shield and a bag hook in the foot well – it’s the perfect commuting machine.

If you mixed a motorcycle and scooter together, you’d get the Honda MSX125. It may look like a miniature motorcycle from its styling but inside is the perfect commuter bike. Fitted with a 125cc two-valve air-cooled engine, MSX125 can hold its own out on the roads.

Honda’s are often known for being reliable machines so it’s the perfect run around for a daily commute to a weekend ride; cheap to run and easy to maintain! 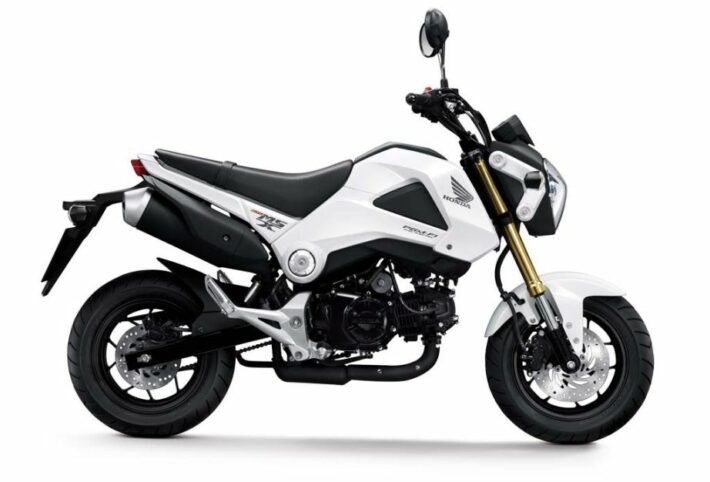 Described as ‘sleek and practical’ by Honda, the SH125i is a nimble bike easy to ride through city traffic.

Fitted with a liquid-cooled, 4-stroke engine means making low speed manoeuvres manageable but also reaching top speeds on 60mph – it’s no wonder it’s one of the bestselling scooters in Europe. 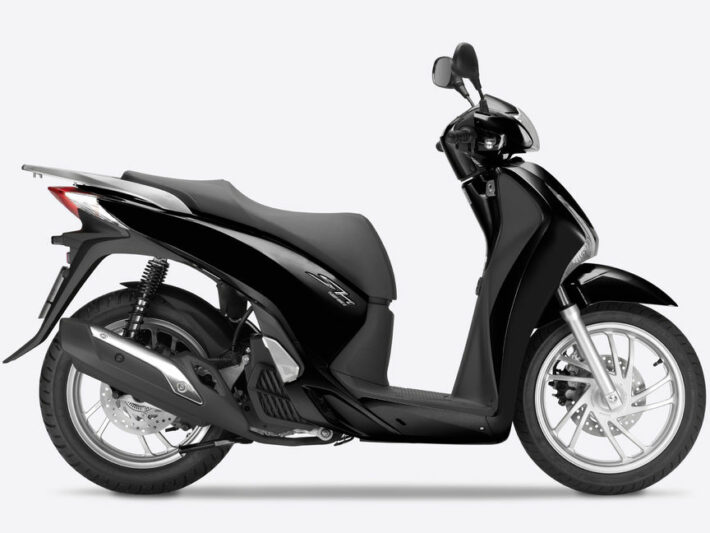 The ET4 can hit up to 60mph, enough speed for commuting around town, and a microchip key to deter thieves too! 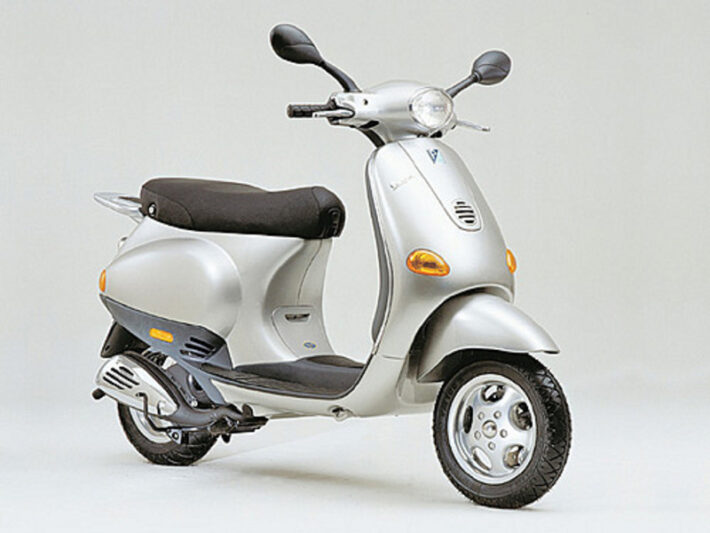 Nippy, agile and lots of fun is exactly what you’ll get with Yamaha’s Aerox. Known as the paddock transport for Yamaha’s sponsored MotoGP/WSBK and BSB teams, it’s got an extra funky edge that makes it super stylish. Powered by a liquid-cooled, single cylinder, carburetted two-stroke motor, with an electric start the Aerox limited to only 30mph but it’s still perfect for the daily commute. 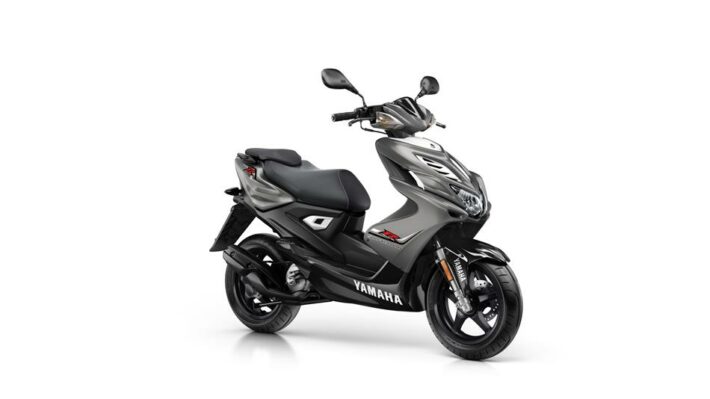 The ease of a scooter but the feel of a proper motorcycle is exactly what Gilera’s DNA 125 will give you. The 125cc DNA can reach speeds of 72mph (117km/h) and is fitted with a 4-stroke, single cylinder engine.

There’s still storage space for your helmet, which can be found under the dummy tank, adjustable seat height and footrests too. 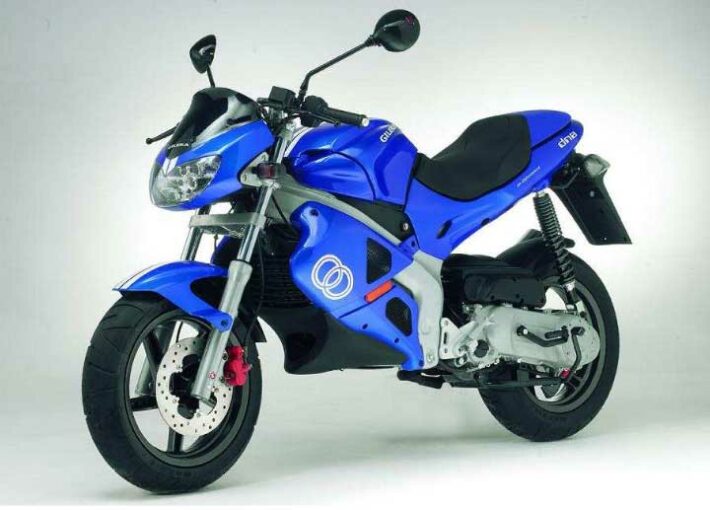 The Li 125 is a classic by Lambretta, originally released in 1965 there have been updates and tweaks since but the scooter remains the same. An extremely popular choice by the scootering world due to the reliability and low-costs of the Li 125, it’s an age-old classic.

The 125cc engine with 5.2hp, and only weighing in at 104kg, Lambretta’s Li 125 is the perfect scooter for commuting round the city. 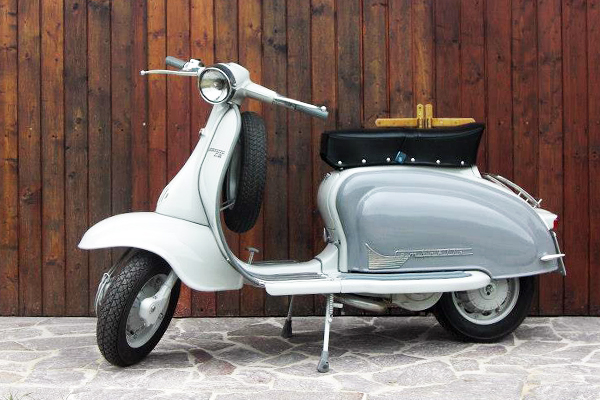 Now it’s time to get on that scooter and enjoy yourself. Remember to ride safely, be visible and enjoy the ride.