The Ulster Grand Prix, the last of the ‘big three’ road races in 2015 brought about it’s fair shares of highs and lows but there can be no doubt that the 7.4-mile Dundrod circuit serves up some stunning racing in each and every class.

The majority of the race wins were decided by mere fractions of a second with up to five riders contesting the 1000cc victories whilst this was increased to seven for one of the Supersport encounters where just two seconds covered the leading group.

With live helicopter coverage being beamed to the big screens at the start and finish and Leathemstown, the gasps and cheers from the crowd couldn’t have provided a better atmosphere as they watched the drama unfold in front of their eyes. 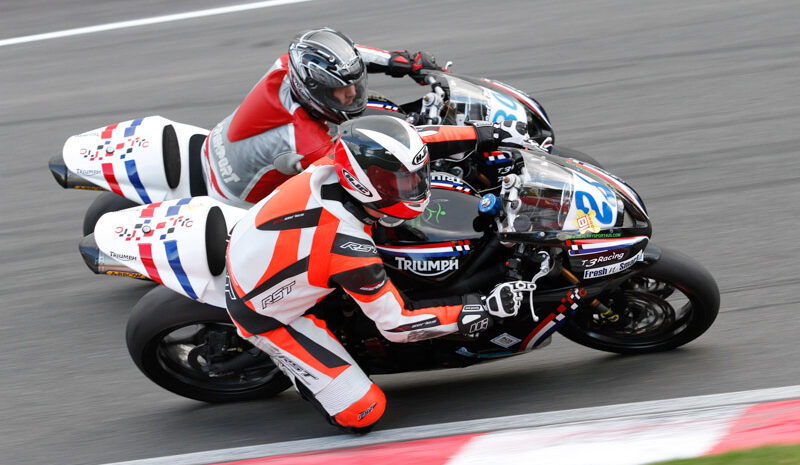 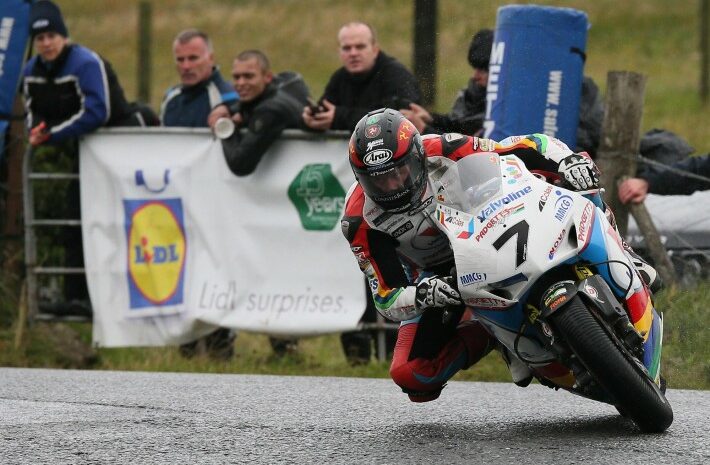 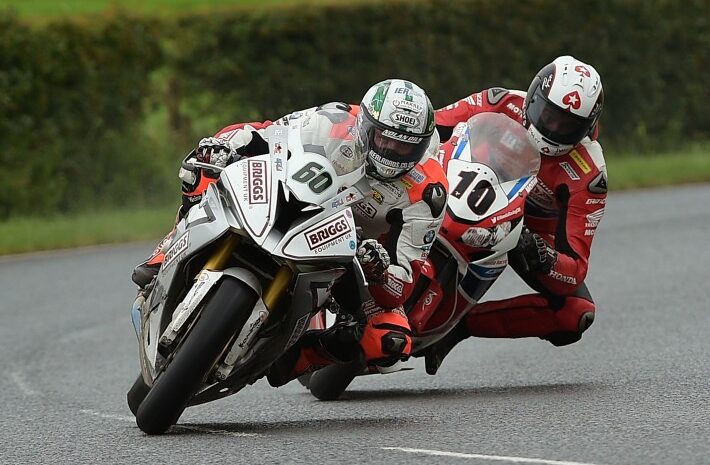 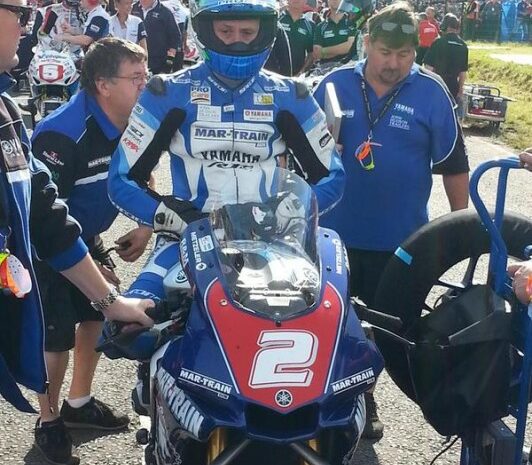 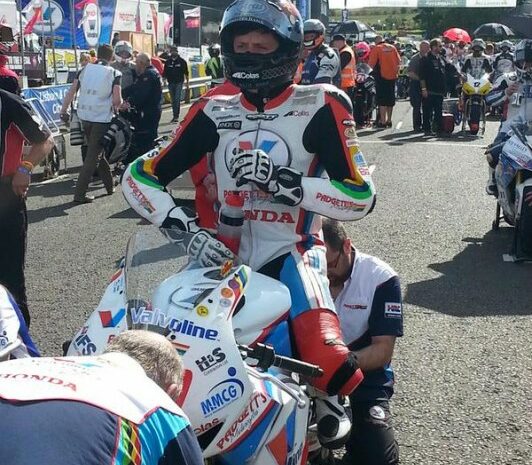 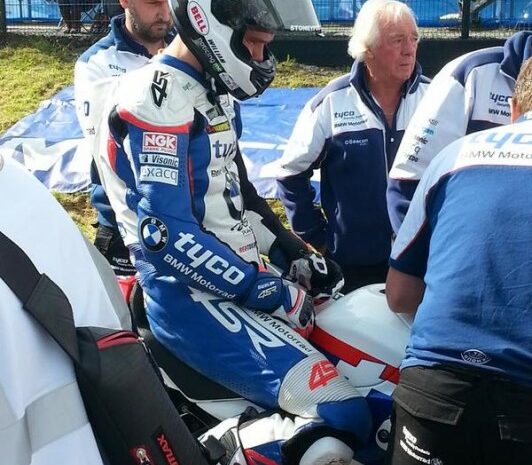 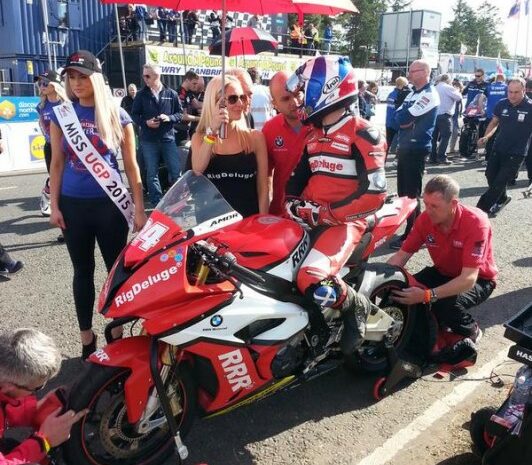 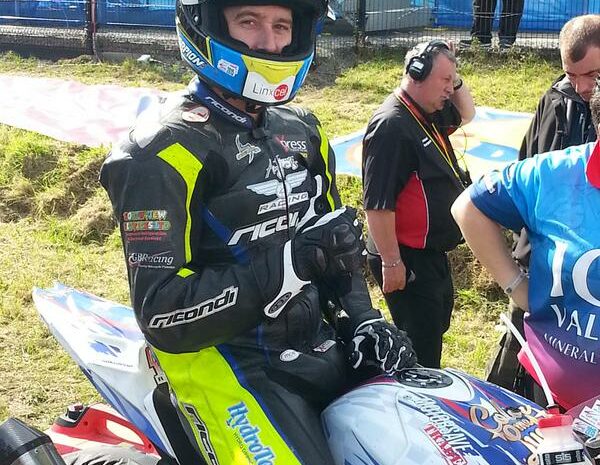 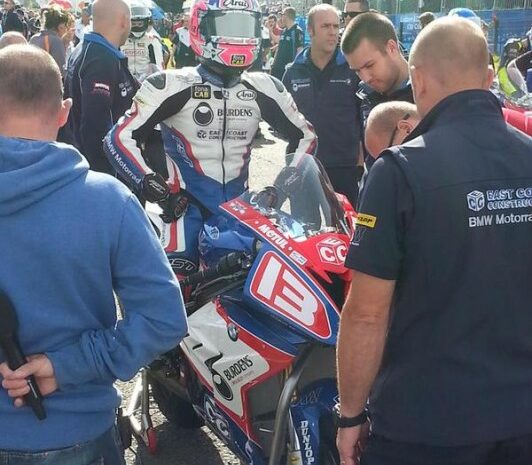 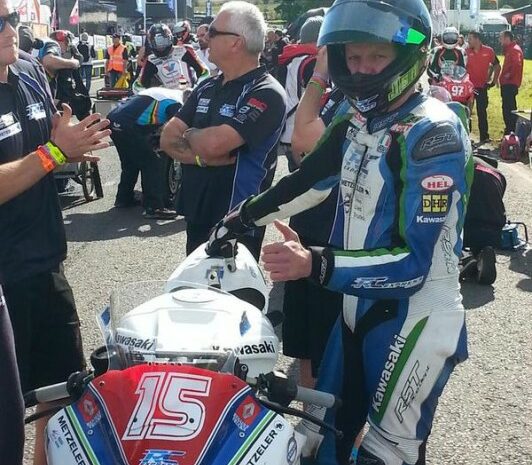 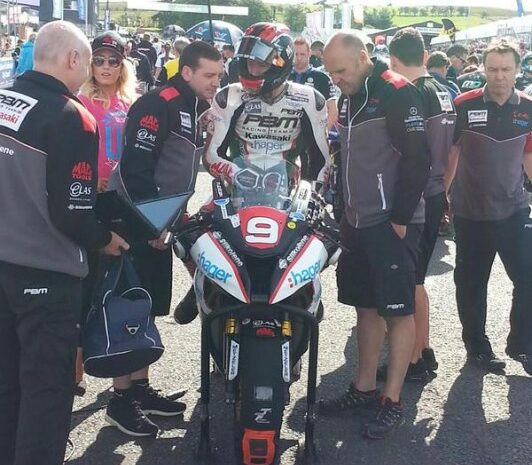 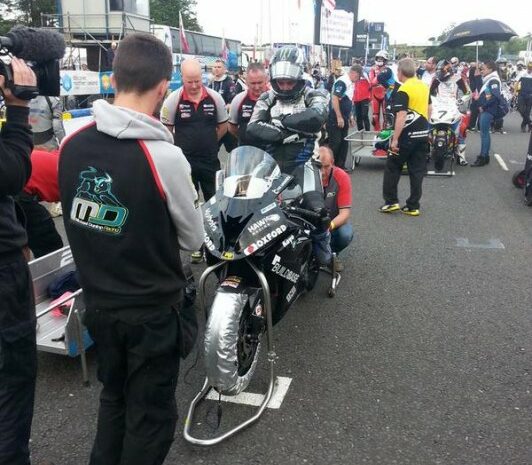 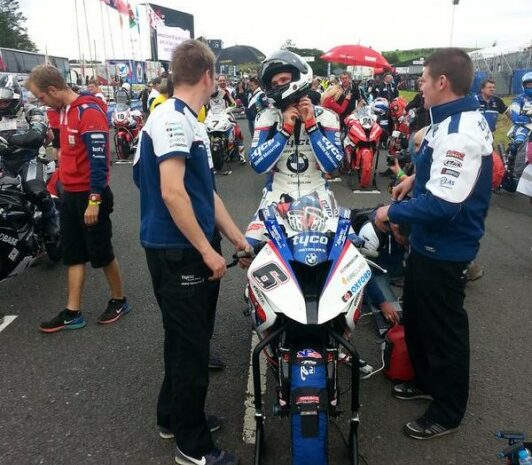 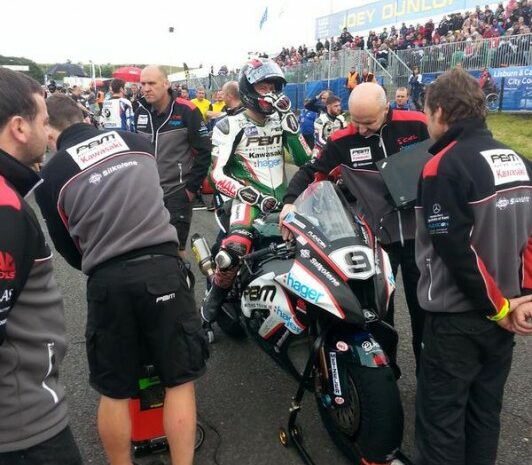 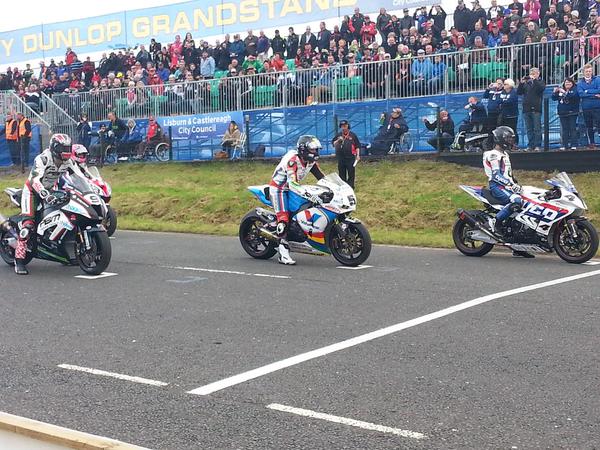 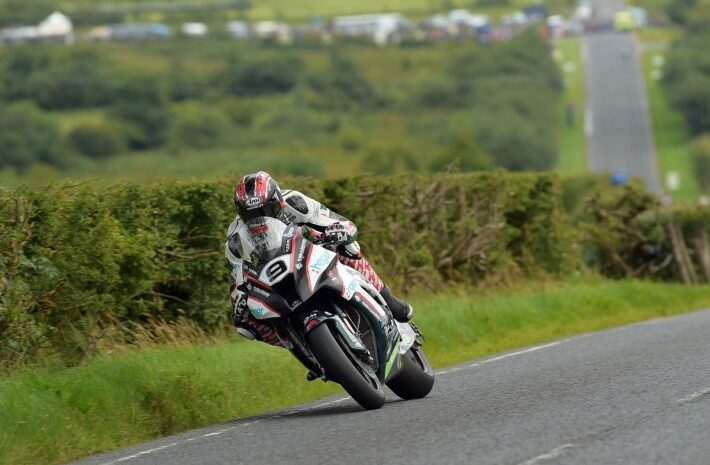 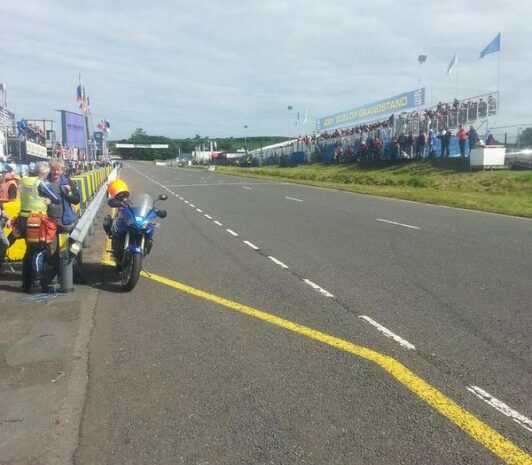 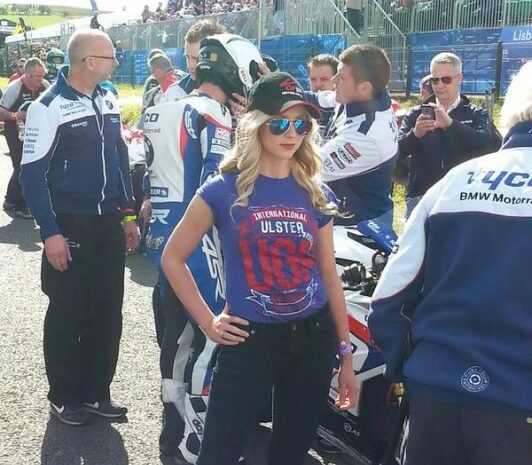 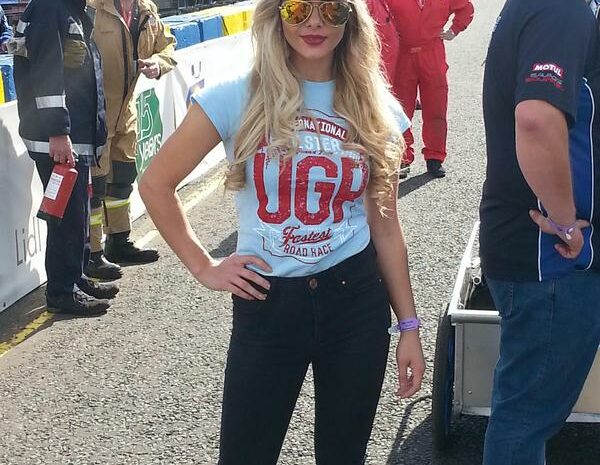 Anstey does it again:

Bruce Anstey made his Ulster GP debut in 2002, scoring a podium in one of the Superbike races and some 13 years later he was still doing the same. The laid back Kiwi got the better of Ian Hutchinson in a somewhat controversial feature Superbike race with the race being stopped on the sixth lap. Hutchinson was leading at the time but with the result being taken from the end of the fourth lap – the last lap when every competitor had completed a lap – Anstey got the verdict.

It gave him his 11th UGP victory and also meant that it was the third time in five years that he’d won the feature race for the Padgetts Honda team. Amazingly, it also extended his sequence of finishing on the podium at the Ulster at least once every year since 2002. He also has the same record at the North West 200 whilst it extends back to 2000 at the Isle of Man TT!

Having come close earlier in the year, Lee Johnston not only won his first International road race of 2015, he made it a hat-trick when he took both Supersport races and the Superstock race at the Ulster. A previous winner at the North West 200, Johnston was the deserved Man of the Meeting and his success at Dundrod means he’s won more International road races than any other rider this year whilst his tally of podiums – eight – is a figure only bettered by the nine of Ian Hutchinson.

Peter Hickman was the fastest newcomer at all of the International road races in 2014 and this year has seen him deliver that promise. Stunning performances at the TT were followed up with equal aplomb at the Ulster and having narrowly missed out on the win in the Superstock race, he duly took the chequered flag in the second Superbike race.

Held in tricky, wet conditions, the Briggs Equipment BMW led from the start and successfully held off Conor Cummins in a nail-biting finish. Still only 28, Hickman is sure to be at the top of the factory teams shopping lists for 2016.

Guy Martin had qualified on the front row for all of his classes – pole position in both the Superbike and Superstock and third in Supersport – and looked set for a dominant week. It all started perfectly as he grabbed the lead in Thursday evening’s Dundrod 150 Superbike race but in the closing stages of the race, he was coming under increasing threat from Anstey.

On the final lap, the race was anyone’s but exiting Ireland’s corner, Martin cracked the throttle of the Tyco BMW open a little early in his eagerness to get a good drive towards Lougher’s and Joey’s Windmill and crashed out spectacularly.

Knocked out in the spill, Martin also suffered damage to his hand, sternum and back and it robbed the event of one of its biggest attractions. However, it could have been a lot worse and the organisers deserve credit for improving safety and run-off at the corner having removed a hedge that previously lined the bend just a couple of feet off the racing line.

Sadly, the meeting interrupted by a series of red flags – there were six on Thursday alone – and the feature race day was greatly overshadowed by the loss of talented Scottish youngster Andy Lawson who lost his life after a crash in the second Supersport race. The 24-year old was tipped to go a long way in the sport having won the 2014 Junior Manx Grand Prix and made a major impression at this year’s TT where he lapped at more than 125mph.

The Arbroath rider was making his debut at the Ulster and whilst there can be no doubt the work done by the organisers in improving the safety of the course in recent years has been superb, the loss of Lawson was again a stark reminder that no matter what is done, road racing will always be a dangerous sport.

Our thoughts and condolences go out to Andy’s family and friends at this sad time.

Will Irish eyes be smiling at the Ulster GP?

Will we see 134mph Laps at the Ulster GP?

Over 300 riders and pillions accompanied Andy Lawson on the final leg of his journey home to Arbroath.