Introducing the phenomenal riders who have graced the Ulster Grand Prix and left an unforgettable legacy, read more now…

Just like he did at the Isle of Man TT, Dublin’s Stanley Woods enjoyed great success at the Ulster Grand Prix albeit on the 20.5-mile Clady circuit, used between 1922 and 1939, as opposed to the Dundrod course. During that period, Woods was the most successful rider and although Walter Rusk went into the record books with the first ever 90mph and 100mph laps, in 1934 and 1939 respectively, it was Woods who was chalking up the wins and he took seven in total.

Primarily a 250cc and 350cc specialist, McCullough was one of Northern Ireland’s greatest ever road racers and during the 1970s, he was the number one rider and very much the man to beat week in week out. Quietly spoken, McCullough confined his racing to his homeland and his first victory came in 1971 when he won the 250cc race ahead of Jarno Saarinen and Dieter Braun, the final year the Ulster was part of the World Championship calendar.

There can be no doubt that Joey Dunlop was the King of Dundrod with 24 wins and 44 podiums coming at the Ulster GP alone whilst he won a further 24 races at the Dundrod 150 meeting making it 48 wins in total, a massive 28 clear of the next best rider. Dunlop’s first podium at the Ulster came in the 1976 500cc race when he placed second to Stan Woods although he had to wait until 1979 to claim his first victory.

After that though, it was success all the way with wins coming in the Superbike, Formula One, 500cc, 250cc and 125cc races throughout the years with hat-tricks being recorded in 1984, 1985 and 1995, the latter when people were beginning to say his glory days were behind him. 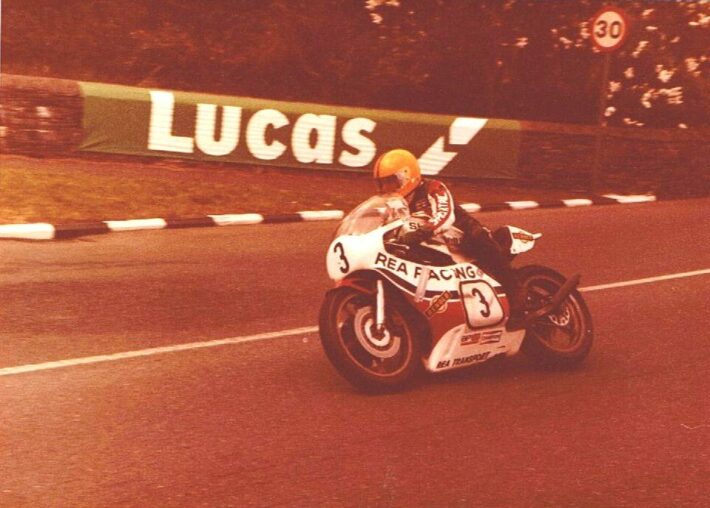 His last Ulster GP was in 1999 and he scored a memorable win in the opening Superbike race, 20 years after his first win, backing it up with second in both the 125cc race and second Superbike race. He tops both the charts for the record number of wins and podiums at the Ulster GP, figures that will remain untouched for a long time, if at all.

Like Ray McCullough, Brian Reid was best known for his exploits in the 250cc and 350cc categories and it was in the former that he took his first Ulster GP win with victory in the 1983 250cc race on board an EMC. He lost out to Joey Dunlop in a photo finish in the same race a year later but was back in first place in the 1985 Formula 2 race, which also saw him crowned World Champion.

Just like his elder brother Joey, Robert Dunlop was a multiple winner at all of the road races he contested and the Ulster Grand Prix was no exception with nine wins coming his way between 1990 and 2003. The first wins were a brace in the 125cc class in 1990 and 1991 but in 1992 he more than showed his versatility with a double in the Superbike races on board the fire-breathing JPS Norton.

That proved to be his only big bike wins around Dundrod as injuries sustained at the 1994 Isle of Man TT Races confined his racing to the 125cc category. 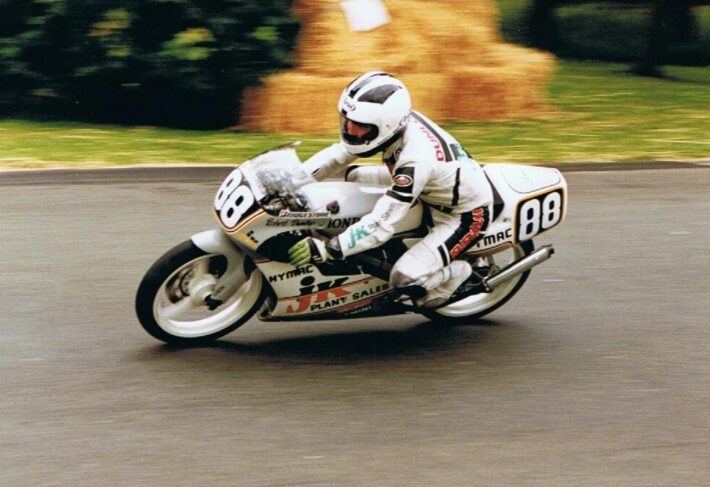 Second only to Joey Dunlop in the most wins and podiums ever taken at the Ulster GP, Ian Lougher had an equally long career as the Ballymoney publican with the Welshman’s wins spanning between 1998 and 2013 and his podiums dating as far back as 1992. That first podium came in the 125cc race which he went on to win four times but it wasn’t until 1998 that he claimed his first win with victory coming in the opening 250cc race. 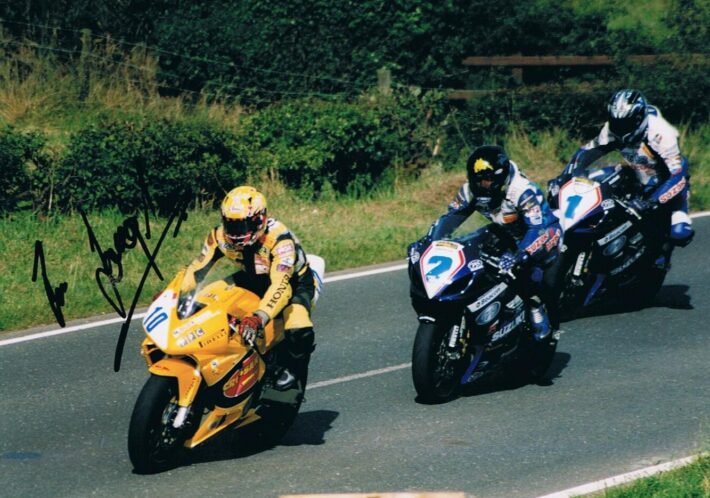 For the next decade though, he was always in the contention for the race wins and took victories in the Superbike, 250cc, 125cc, Superstock and Production 1000cc categories. 2002 and 2005 saw him take hat-tricks, years which also saw him win the feature UGP Superbike race.

Phillip McCallen’s Ulster Grand Prix career was relatively short, running from 1989 to 1997 but, during that time, he made a major impression and he remains the third most successful rider ever with 14 wins to his name. These wins were taken between 1991 and 1996 when the Portadown rider was the dominant force in International road racing. 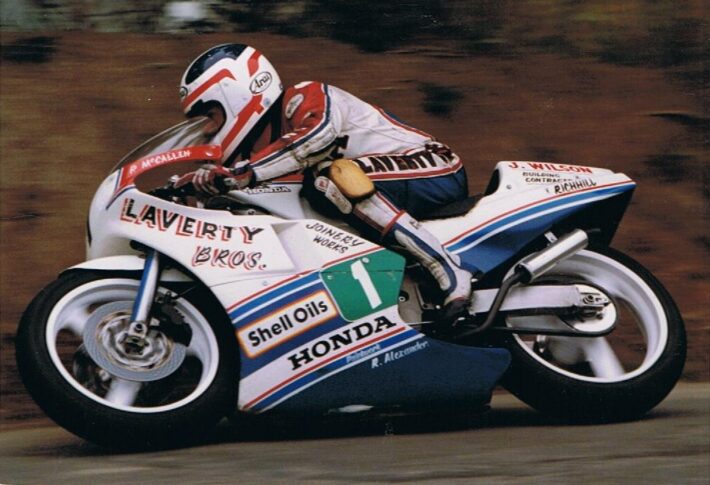 His first victory came in the 1991 250cc race but he created history twice, firstly in 1994 when he became the first rider to win four races in a day, and then again in 1996 when he bettered that by winning five races. This equalled his feat at the 1992 North West 200 and remains unbeaten. All of McCallen’s wins came on Honda machinery although his UGP career ended in ignominious fashion when he crashed heavily at Deer’s Leap in 1997.

Ryan Farquhar made his Ulster GP debut in 1997 and he was immediately successful claiming a hard fought third place behind Joey Dunlop and Marc Fissette in a thrilling 250cc race. It was this class that initially made Farquhar’s name but he successfully made the switch to four strokes and through the 2000s he was almost ever present on the podium. 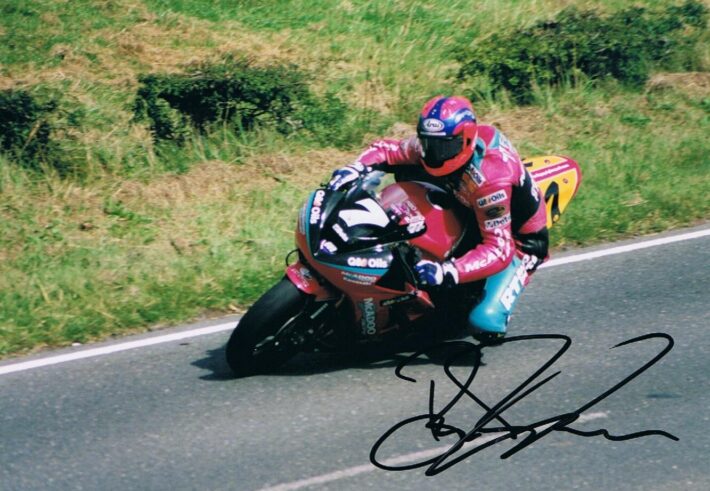 His first win came in the Supersport 400cc of 2002 and although a Superbike win has ultimately eluded him, he’s also been victorious in the Supersport 600cc, Superstock and Supertwins categories. Although he hasn’t competed at Dundrod since 2012, Farquhar’s haul of 23 podiums is the fourth highest of all time.

Bruce Anstey made his Ulster GP debut in 2002 and, just like he had been earlier that year at the North West 200, he was immediately successful taking a podium in the second Superbike race. A year later he grabbed his first win in the Production 1000cc race and then in 2004 joined the select band of riders to win three races in a day, victory coming in the Superbike, Supersport 600 and Production 600 races.

Riding predominantly for TAS Racing and Padgetts Honda, Anstey now has 13 wins and 29 podiums to his name, having stepped onto the rostrum at least once every year since his debut year in 2002! The Kiwi has won the feature Superbike race three times in the last four years and is the third fastest rider of all time at 134.396mph. 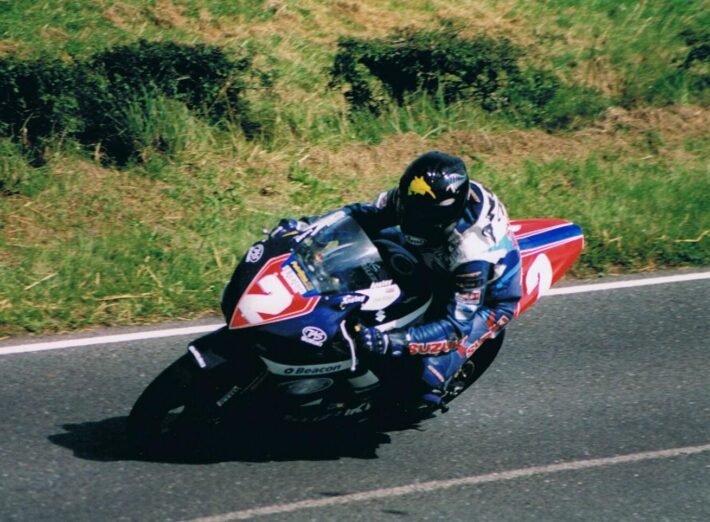 Guy Martin’s first podiums at the Ulster GP came in 2005 when he placed second in the Superbike and third in the Superstock races but it was in 2006 that he first really proved his liking for the Dundrod circuit when, riding the AIM Racing Yamaha’s he took four wins in one day.

He opened his account that week with victory in the Dundrod 150 Superbike race before setting the first ever official 130mph lap and winning both Superbike and Supersport races on the feature race day, only Bruce Anstey preventing him equalling five wins in a day when he edged him out in the Superstock race. 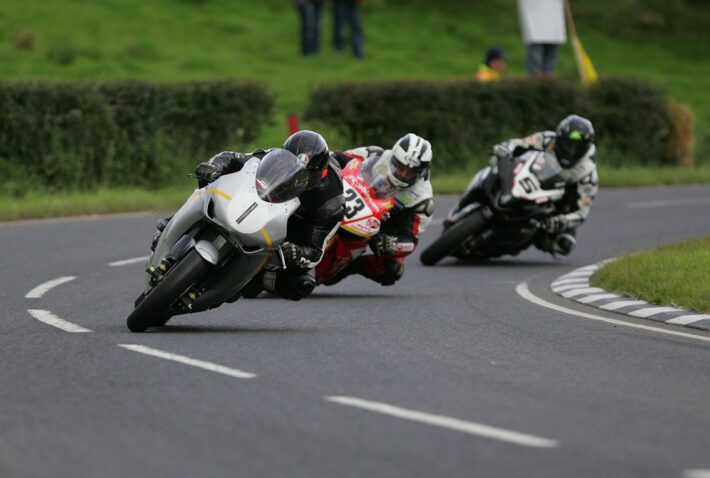 Since then, Martin has been a regular winner at the Ulster and, along with the Southern 100 and Scarborough, it has proved to be his most successful venue. He took a hat-trick at the 2013 meeting and his record now reads an impressive 11 wins and 22 podiums.

Will Irish eyes be smiling at the Ulster GP?

Ulster GP: Will We See A Record Breaker?

Ulster Grand Prix 2017 Round Up

"Best quote I got on go compare, highly recommended"