Saturday 19th November sees the final road race of the year take place with the Macau Motorcycle Grand Prix celebrating its 50th anniversary and it promises to bring the 2016 season to a thrilling conclusion.

The Macau Grand Prix was originally conceived in 1954 as a treasure hunt around the streets of the city but shortly after, it was suggested that the hunt’s track could host a professional racing event for local motor enthusiasts.

The race continued as an amateur race until 1966, when Belgian driver Mauro Bianchi entered the race in an Alpine A220. Alpine Renault had also sent engineer Jean-Paul Castilleux to assist Bianchi with technical aspects of the car and Bianchi’s victory and exposure led to more professional racing teams entering the Grand Prix in the following years.

A year later, the first motorcycle race took place being won by Japanese factory Yamaha rider Hiroshi Hasegawa and he retained the title the following year. In those early years, the race was the domain of Japanese and local riders and it wasn’t until the mid-1970s that the Europeans started to venture to the Far East, Chas Mortimer becoming the first Brit to win the race in 1976.

Not one for the faint hearted, the 3.8-mile Guia road circuit sees 180mph straights followed by a tight, twisting and narrow section that winds its way up and down the hillside overlooking the stunning casinos and hotels of the Macau city.

Safety of the circuit has always been an issue with some people believing it’s far more dangerous than any other road race in the world – more so than the likes of the TT and North West 200, for example – primarily due to its unprotected stone walls and armco barriers that line the course, on both sides, from start to finish.

It is recognised as one of the most challenging circuits in the world and whilst it measures 3.8 miles in length, in some places its only seven metres wide. It also has major climbs and descents with the variation in altitude some 30 metres. 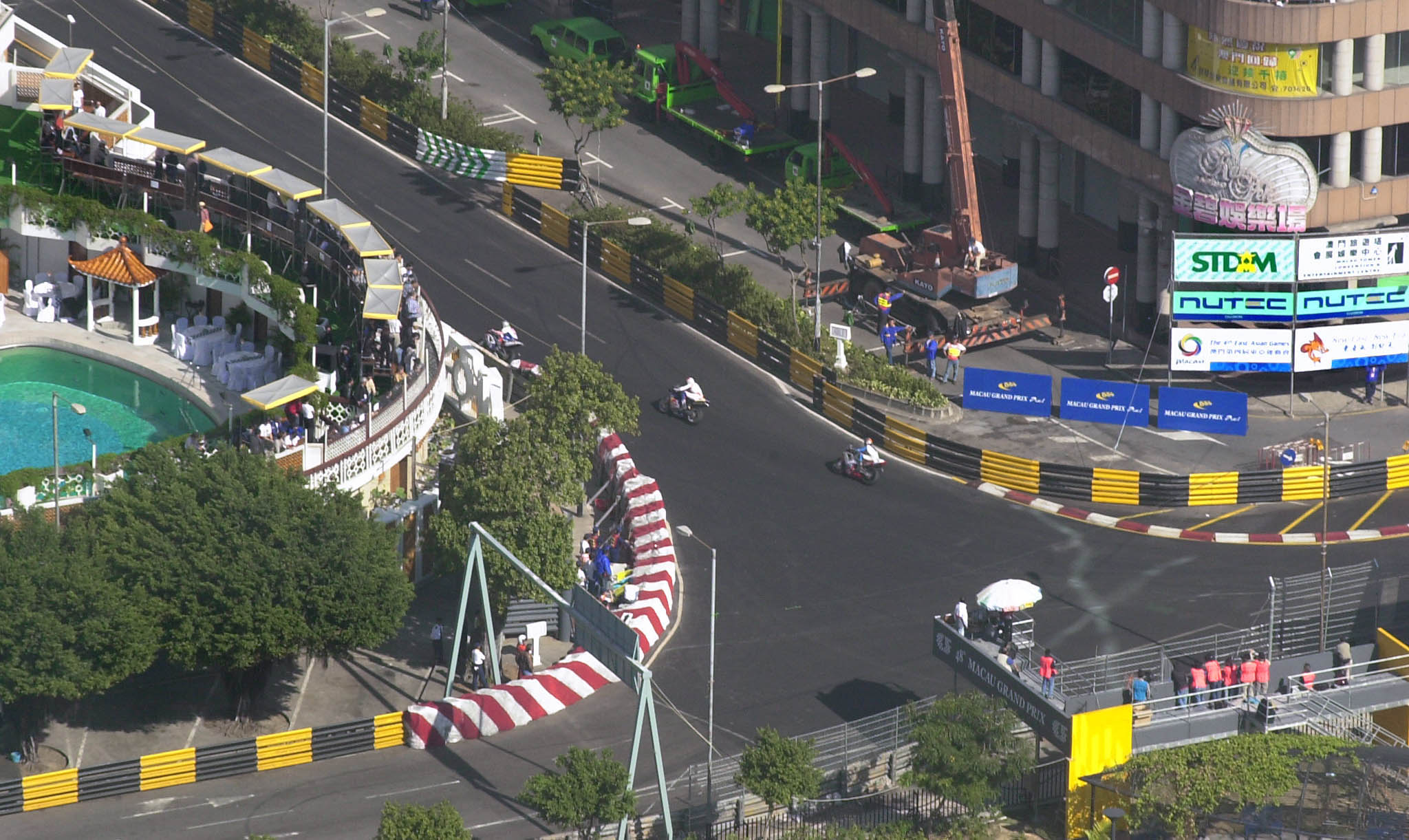 Heading the entry is last year’s winner Peter Hickman, the Lincolnshire-based rider having put in a stunning performance 12 months ago on the Briggs Equipment BMW. A late change in teams and machinery sees him back on BMW this year, riding for the SMT Racing/Bathams team where he’s joined by two rapid team-mates in Michael Rutter and Stuart Easton.

Rutter is the undoubted ‘King of Macau’ with a record eight wins and 16 podiums to his name and although it was 2012 when he last won, he was third last year and the form he’s shown throughout 2016 both on the roads and in the National Superstock 1000 Championship means he’s certainly amongst the pre-race favourites.

Third team member Easton has had a year to forget on the short circuits in the BSB series but with four previous wins to his name at Macau, including three in a row between 2008 and 2010, he cannot be ruled out.

The same applies to Ian Hutchinson who took the honours at Macau in fairytale fashion in 2013. His season has been nothing short of superb and, arguably, the smart money will be on him and Hickman in terms of the race win. On board his regular Tyco BMW, Hutchy will be keen to maintain his 2016 run of finishing on the podium in all of the International road races he’s finished.

The fifth former race winner on the entry is John McGuinness who took victory all the way back in 2001. He’ll be on board his Honda Racing Fireblade and will certainly be challenging for a podium as will his team-mate Conor Cummins, the Manxman’s solitary Macau rostrum coming in 2009 when he took a close second behind Easton.

Although not a former race winner, Martin Jessopp has had four podiums, including second place in 2011, 2012 and again last year, so he’ll once more be gunning for that elusive win on the Riders Motorcycles BMW as will Gary Johnson (Penz13.com by MGM & Special Olympics Macau BMW), the Lincolnshire rider having finished third in 2013

Irwin to spring a surprise?

As always, the Macau GP line up is by invitation only so newcomers on thin on the ground but highest profile debutante is undoubtedly Glenn Irwin. Having previously excelled on Supersport machines at the North West 200 and Ulster Grand Prix, the 26-year old will be on his usual Be Wiser Ducati mount and a lot of eyes will be keenly watching his progress.

Are you keen on following the Macau GP? We have a whole guide dedicated to the series…why not check it out!

Take a look at our Macau GP guides...