You may remember our great friend Gordon Stuart, the Arctic Rider who covered 6,000 miles in three weeks on his motorbike; travelling all the way to Norkapp, Norway.

Devitt Insurance insured Gordon’s bike for the duration of his trip, supporting him in this fantastic and inspirational journey…to raise money and awareness for the brain injury charity Cerebra and the issues behind disability rights.

Throughout this exciting yet physically and emotionally challenging expedition Gordon was riding completely solo. All he was accompanied by was he’s trusty bike, a tent and a camera. Jordon filmed significant parts of the journey, covering his strongest and weakest moments; these clips were later to be developed into a DVD telling the story of his epic ride and most importantly the great cause behind it.

In May 2014, Gordon set off on his journey from his hometown of Newcastle and travelled through Europe’s most challenging environment, the Arctic. Gordon travelled down to London, passed though Belgium, Netherlands, Hamburg, Denmark, Gothenburg and Oslo before finally reaching Nordkapp, Norway. 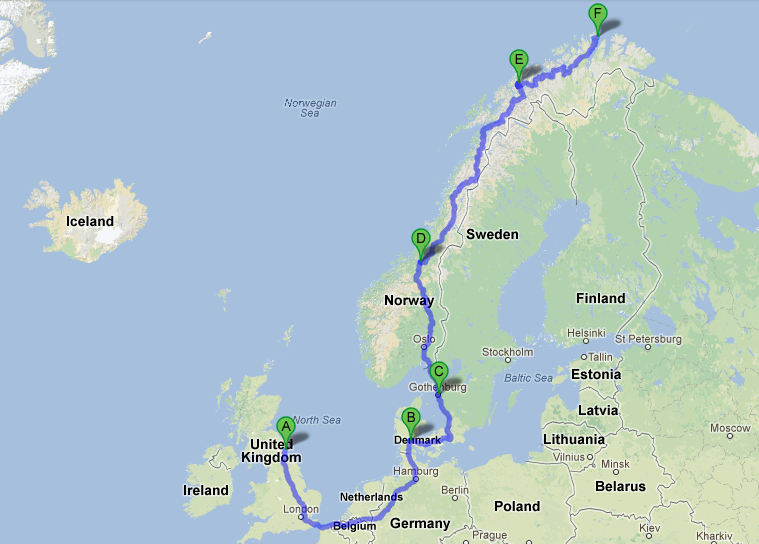 Gordon spent three long weeks battling freezing temperatures on his motorbike travelling to Nordkapp, Norway, all to raise money for the brain injury charity Cerebra. Now that he’s had the chance to get back to the realities of life and enjoy he’s new addition to he’s family; Gordon, 25 is back to promote he’s great new film that sums up the epic journey and he’s amazing achievement…all bought about through the inspiration of he’s younger brother who suffered from a brain injury fifteen years ago.

Enjoy the short trailer for the Arctic Ride 2014 film right here. If you want to find out more about Gordon’s epic journey then you can purchase the DVD on the official Arctic Rider website. All profits go to Cerebra.

To learn more about Gordon Stuart and his Arctic Ride why not take a look at previous articles from Devitt:

Gordon’s Arctic Ride Of A Lifetime

V-Strom VS The Arctic

Riding Abroad On Your Motorcycle

The Arctic Rider to take on Alaska

Gordon’s Arctic Ride of a Lifetime

I did the same journey with my daughter on the pillion of my Honda ST1100, camping all the way and returning via Finland with a Baltic crossing… 24 days and an awesome experience…

Nice one Winton…and with your daughter riding pillion!? That must have been an amazing experience, one you’ll never forget.
Great pictures!