The 2018 International road racing season was very much a mixed bag with some sensational racing offset, sadly, by a number of tragedies which hit the sport hard in a short space of time. Indeed, whilst the superb racing witnessed, particularly at the Isle of Man TT, is still fresh in everyone’s mind, so too is the loss suffered and although it goes without saying all of the accidents hit the tight-knit community of road racing extremely hard, those that claimed the lives of Dan Kneen, William Dunlop and James Cowton left everyone numb. 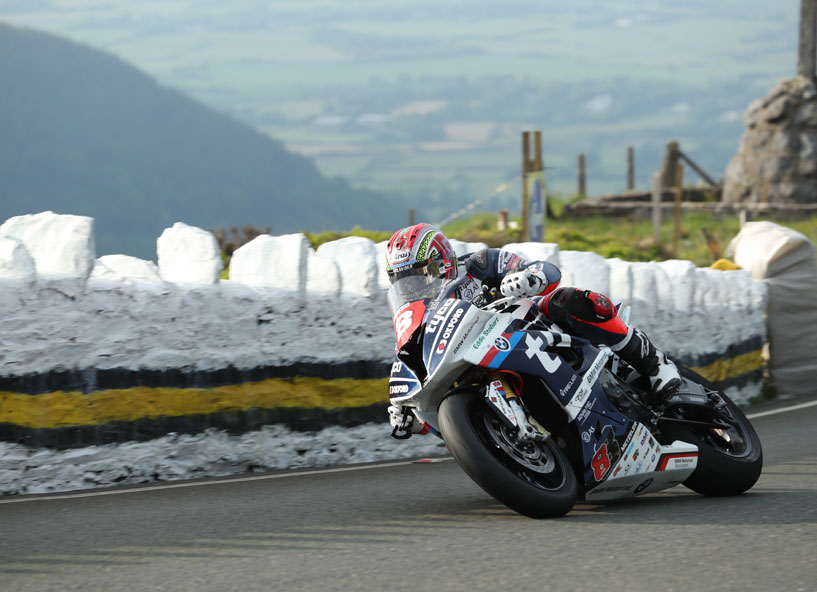 As is the case in road racing, the lows are low and the highs high and the exploits of Peter Hickman and Dean Harrison at the TT were most certainly the latter and although conditions were good on the island all fortnight, the way they tore up the record books hadn’t been seen for a long time and the bar has now been raised which only a few, seemingly, can reach. We take a look back at the key moments in this year’s action.

Without doubt, the man of the year accolade has to go to Peter Hickman with the Smiths Racing rider joining a very rare group of riders to have won a race at every International meeting in the same year – the North West 200, Isle of Man TT, Ulster Grand Prix and Macau Grand Prix.

It’s easy to forget that it was only in 2014 when the now 31-year old first tackled a road race but as he immediately became the fastest newcomer at all of the aforementioned meetings, it was clear he was only heading in one direction and the only question was when he’d be winning races, not if. Victory at the Ulster and Macau quickly followed whilst 2017 saw him stand on the podium in all five of his races at the TT and it was, arguably, the Isle of Man where he shone the most in 2018.

Continuing to approach the races in his languid, but ultra-professional, manner he didn’t get overly concerned with the rapid laps Dean Harrison was posting during practice week nor did he over-react when he was forced to retire on the opening lap of the Superbike race. The closely knit Smiths Racing team gave him the tools he needed and he duly took his first win along with a new lap record in the Superstock race. Two more podiums followed in the Supersport race but his victory and performance in the closing Senior race was undoubtedly his best moment of the year.

Harrison led for the first five laps but there was little to choose between the riders although it was clear who was quicker on which parts of the course as the time gaps ebbed and flowed. Hickman knew where he was strong on the 37.73-mile course and, crucially, where he could make up time and although Harrison eked out a lead on the final lap, the BMW rider simply flew round the Mountain Course and his final lap of 135.452mph was simply sensational and a new outright lap record.

Subsequent on-board footage has shown he got held up on a number of occasions so it’s not unreasonable to suggest a 136mph lap is on the cards which really is extraordinary. Subsequent wins were taken at the Ulster, where he was again Man of the Meeting, and Macau once more and he has to be seen as the current number one road racer and the man to beat at every event.

Harrison has been a front runner on the roads for some time now, but the general consensus was that there was more to come and the time was now right to firmly establish himself amongst the very best in the sport. 2017 had seen him edge ever closer – witness his win and record breaking lap at the Ulster Grand Prix – but it’s the TT where road racers continue to be judged with the Mountain Course representing the biggest challenge of them all.

The Silicone Engineering Kawasaki rider recognised that in order to challenge for the top step at the TT, he needed to do more short circuit racing and he’s improved massively in the British Superbike Championship over the last eighteen months firmly in the hunt for points at each round – and this saw him reap major rewards at all of the road races.

With a brace of podiums at the North West 200, as well as a number of other top six finishes, he arrived at the TT in top form and he signalled his intentions right from the word go, with his lap times in the opening nights of practice never having been seen before. Indeed, he went on to set the fastest ever lap during practice week and carried this into the opening Superbike race, where he broke the outright lap record on the opening lap, setting the first 134mph+ lap in the process.

With the race seemingly in the bag, he was cruelly forced to retire on lap four but from that moment on was never off the podium, taking his second TT win with victory in the second Supersport race. A big bike race win was what he wanted and although he had to give second best to Hickman in the Senior, he was part of the one of the greatest races ever seen on the island, form which he carried on to the Ulster GP where another win was taken. The Bradford rider turns 30 in 2019 and is still getting better so expect him to win more races in the year ahead.

Both Hickman and Harrison were in the thick of the action at the North West 200, the traditional curtain raiser on the International road racing calendar, but the meeting ultimately saw home grown heroes dominate and, in particular, those with predominantly short circuit backgrounds – Glenn Irwin and Alastair Seeley.

Having taken his first win at the event in 2017, Irwin was determined to serve up a repeat performance this year and the Be Wiser Ducati rider simply dominated proceedings in the Superbike class, particularly in race two where he took the chequered flag ten seconds clear of runner up Michael Dunlop, an unheard of margin around the 8.9-mile ‘Triangle’ circuit.

He left everyone else trailing in his wake but it only went to show just how talented a road racer is and one can only wonder what he could go on to do if he chose to race at all of the Internationals. He’s stated the North West 200 will be the only road race he does now though and that’s something the rest of the field will be grateful for.

Seeley, meanwhile, extended his record tally of wins from 21 to 24 with yet another hat-trick whilst four more podiums increased that particular tally to 36 and although he was firmly overshadowed by fellow Carrickfergus rider Irwin in the Superbike class, only a last corner manoeuvre by Hickman denied him a Superstock double, something which he achieved in the Supersport class.

It seems strange to place Michael Dunlop amongst the supporting cast, especially as he took another hat-trick at the TT, but he didn’t quite seem to be himself either there or at the NW200 as he constantly strived to find a Superbike setting he was happy with. Nowhere was this more evident   than in the Senior TT when he finished in an unfamiliar fourth place and the speeds of Hickman and Harrison won’t have been lost on him.

That paled into insignificance though when brother William was tragically killed at July’s Skerries 100 and after already losing father Robert and uncle Joey in racing accidents, he stepped away from the sport for the remainder of the year. His plans for 2019 have yet to be announced but whatever he decides, the whole sport will support him.

Elsewhere, Conor Cummins and James Hillier can both be pleased with their efforts during the season with Michael Rutter, Martin Jessopp, David Johnson, Derek McGee and Lee Johnston all impressing at various stages of the season.

As mentioned, it was a challenging season on the roads and as well as the high-profile losses of Kneen, Dunlop and Cowton, Adam Lyon, Fabrice Miguet and Alan ‘Bud’ Jackson also paid the ultimate sacrifice for the sport they loved. It was a stark reminder of the dangers that lie at every corner of a road racing meeting and it was one of the toughest years to negotiate for riders, sponsors and spectators. No will forget the entertainment they provided and their memories will long live on.