Even the best can make mistakes from time to time. And Ducati definitely made a bit of a boo-boo when the time came to replace its evocative 916/748 Superbike range in 2003. The 916, designed by Massimo Tamburini, is generally regarded as the most beautiful bike ever produced, but its replacement – the 999 and 749 models ended up with a face only a mother could love.

In this case, the ‘mother’ was South African designer Pierre Terblanche, who’d established his distinctive design language with the previous 900SS reboot in 1999. He turned the slick dual headlight of the 916 into a vertical stacked arrangement, added large slab-sided fairing panels and generally took the Ducati Superbike range into a totally different direction in terms of style.

The styling might be controversial, but the 749 is a delight to ride. The motor is a little down on peak bhp, but gives a torquier ‘big twin’ power delivery. It’s the chassis which is the real winner though. It feels low, long and stable, but is also nimble and easy to turn. Plump for the ‘S’ or exotic ‘R’ versions and you get progressively fancier Öhlins suspension units, giving loads of adjustment options for all riding styles.

Braking is immense, thanks to four-piston Brembo calipers, though they are old-school conventional mount units rather than radial mount on the base and ‘S’ models.

The ‘R’ is the one to go for if you can. The engine is overhauled for more peak power, the suspension is Öhlins all round, and it comes with a carbon fibre fairing and radial-mount brake calipers. Look for the numbered plaque on the top yoke.

Early bikes are less powerful and a little less reliable, so stick to later models if you can. Check servicing history carefully for things like cam belt changes and desmodromic valve lash adjustment – these need an experienced hand, so look for specialist garage stamps.

Nowadays, the 999 and 749 are both creeping back up in terms of popularity. The styling has grown on many riders, and the good price/spec ratio makes them a smart buy, and a possible future classic.

Watch the Ducati 749 in action… 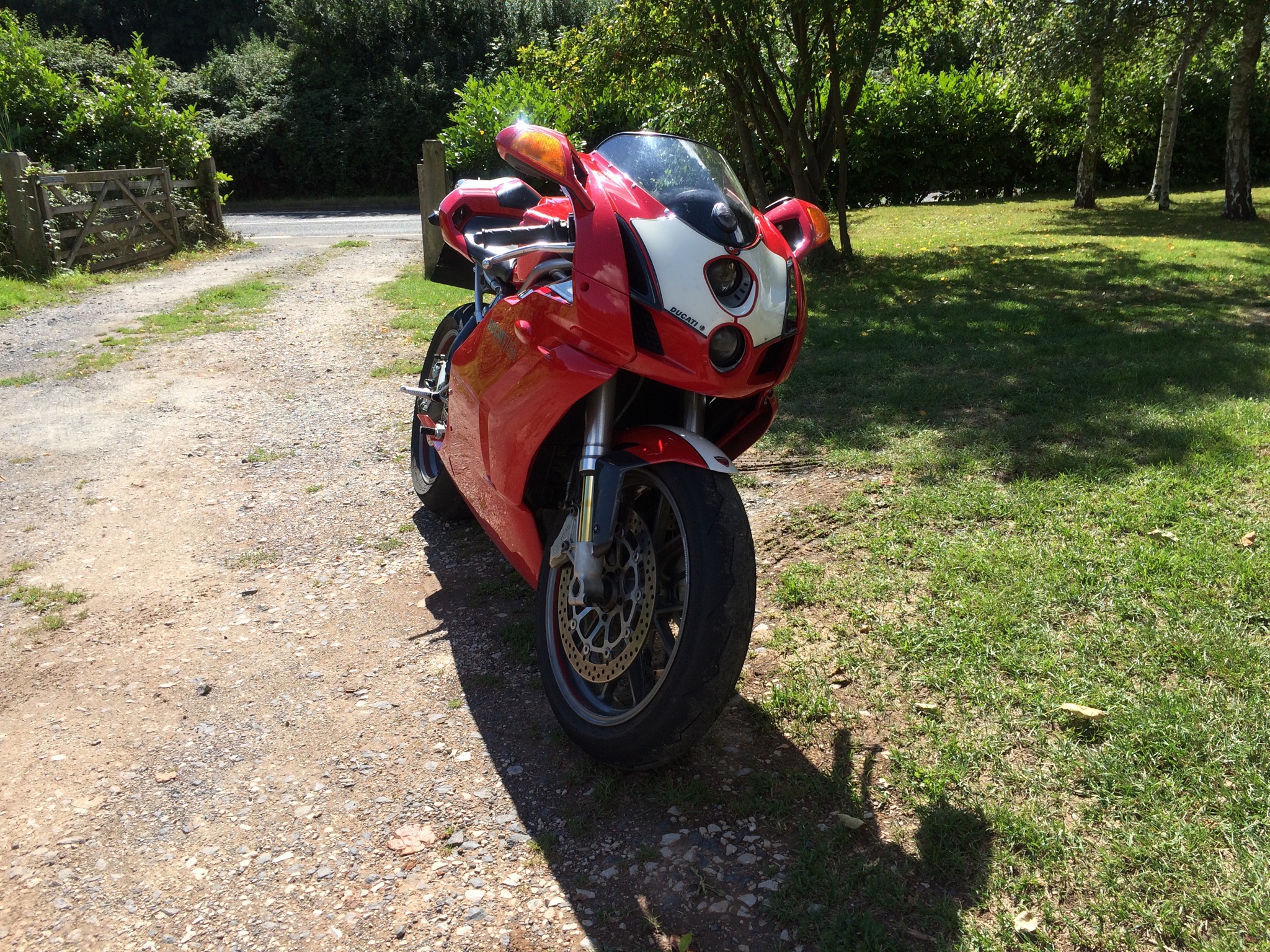 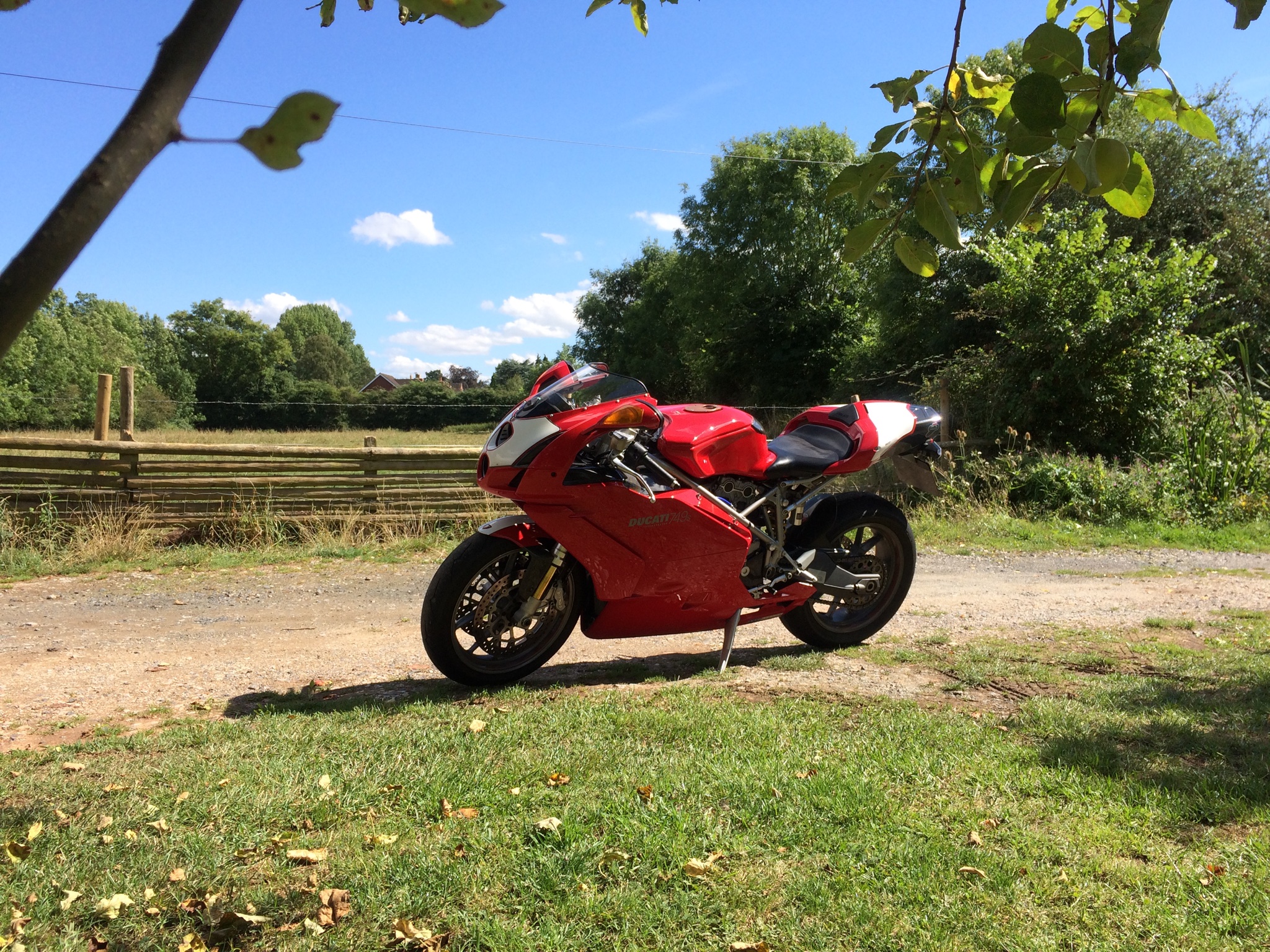 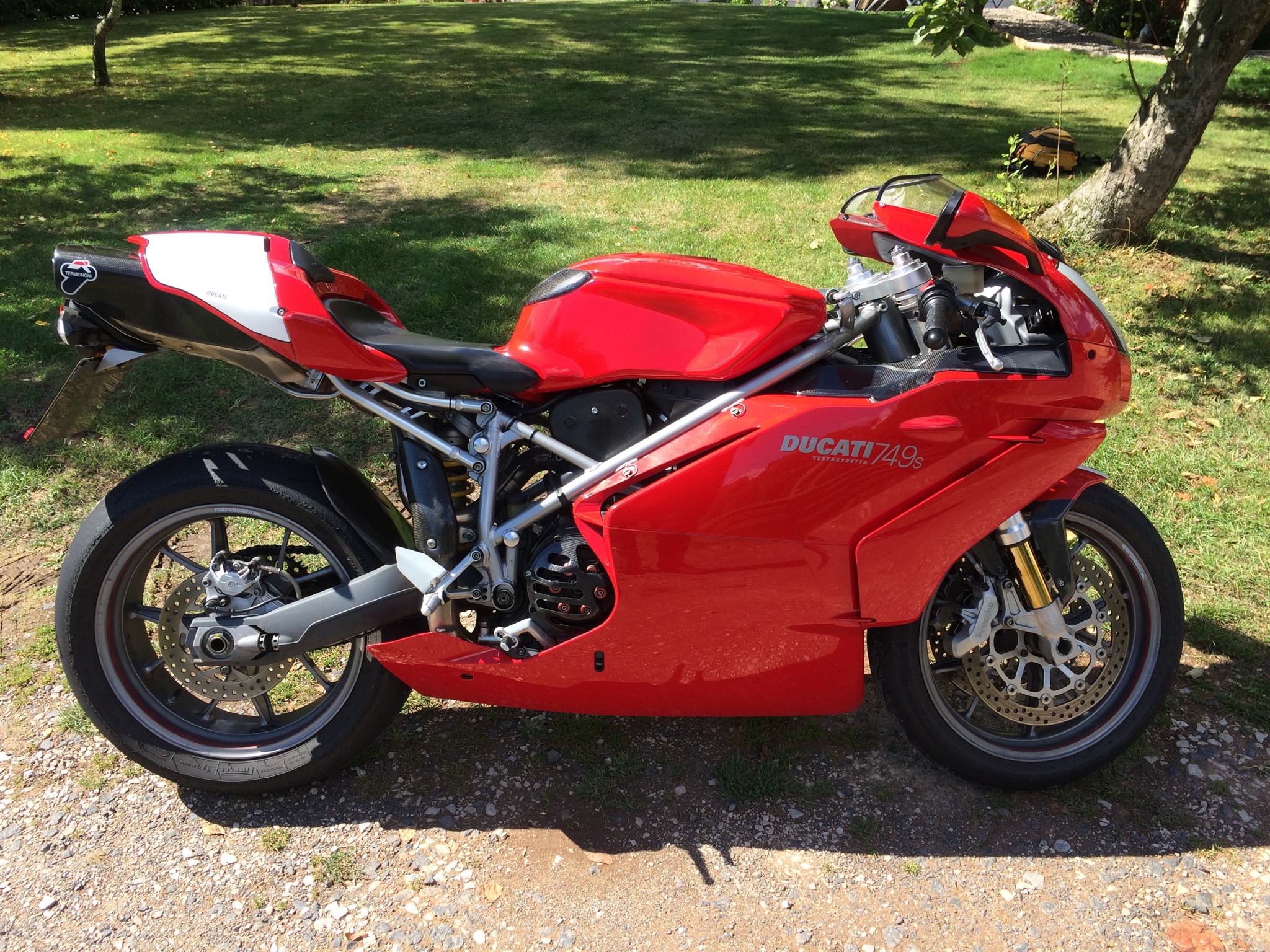 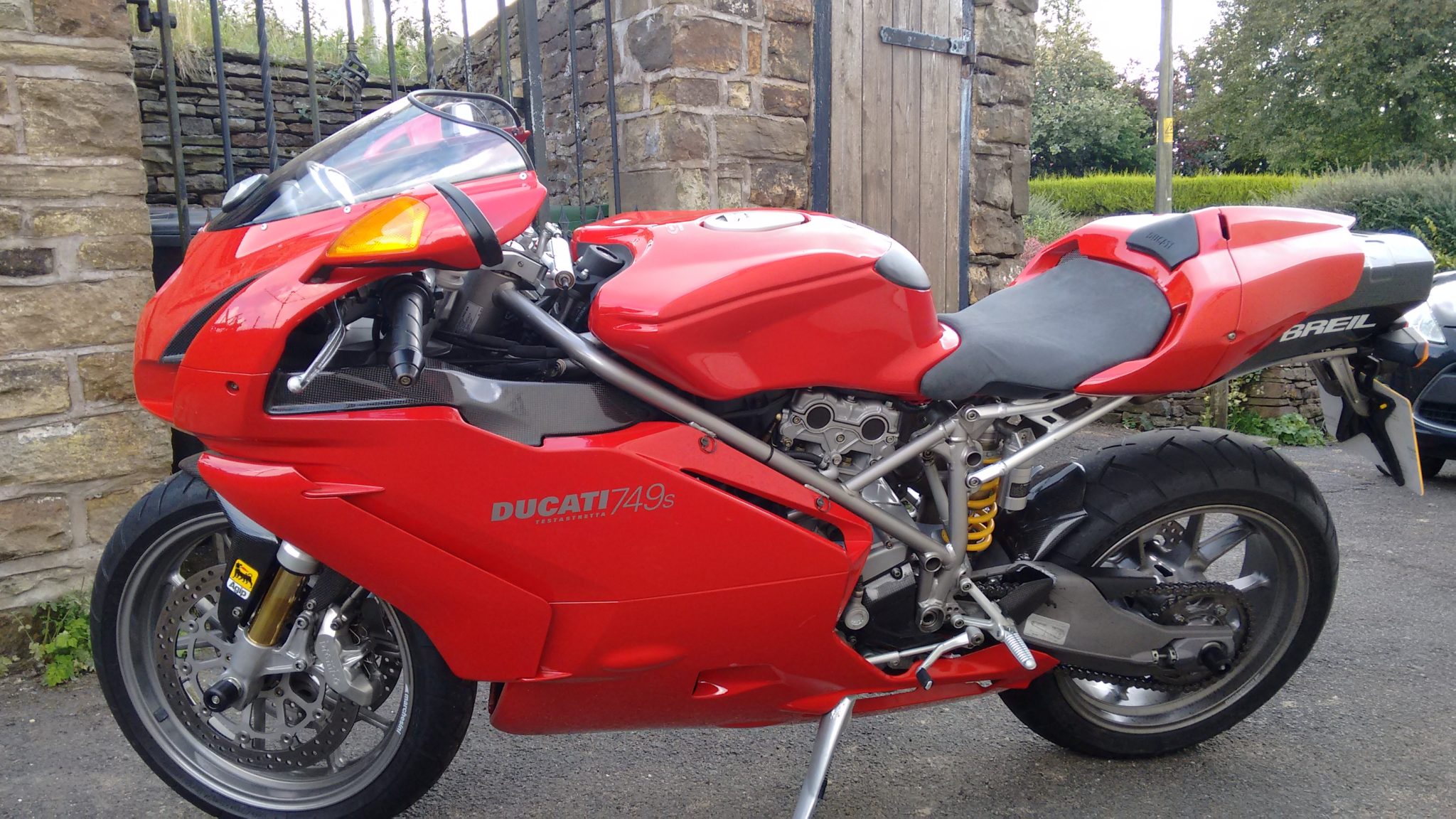 It's good looking, well balanced, fast enough to land you in serious trouble and full of character. Going for a ride evokes a pretty special feeling every time. The way it tackles 'B' roads on a dry and clear day, without doubt.

Replacement of the timing belt (now a chain on more modern Ducatis) can make for a costly service bill.

Though a 5 star rating may seem optimistic for a bike of such age, I firmly believe it to be a fair call. The 749 is perfectly poised and extremely planted – yet also extremely flickable, giving the impression that it may be far lighter than the specifications state. The most cavernous of potholes in the road don't cause any loss of composure or incite any rider fear – only slight discomfort.

Torquey, very torquey. Unlike an inline 4, such as an R6, power and torque from the 749's V-Twin come very low in the rev range; making twisty roads a doddle to navigate by comparison. It lacks the excitement and pantomime of a revvier motor, but makes up for it in sheer grunt. Although it's not the fastest of engines – especially by todays standards – it persists to put a smile on my face each time I decide to nail it.

Replacement of the timing belt (now a chain on more modern Ducatis) can make for a costly service bill.

The quality of manufacture on almost all componentry is certainly something to marvel at to those who appreciate attention to detail. The only drawback is slightly thin paint on the engine, causing flaking and subsequent corrosion if not cared for. Zinc plating on the fixings can also suffer a little too.

More than adequate stopping power from the stock Brembos. The back brake feels slighly vague/ wooden at first, but stops becoming a concern after a short amount of time.

Looks, performance, handling and pure fun oh and it's red what more could a bike but want

If it looked more like a 916 it would be perfect

Corners like it's on rails, super smooth on good roads and even better on a track day

Not as bad as people think, but don't skimp or miss a service/belt change or it could be a disaster

Excellent build, far better than my 916 but a little bit of an acquired taste in the looks department, now if only I could make one bike out of two, only joking

Very good, but not for the inexperienced as there's no abs

What You Need To Know About: Ducati