From new technology to the latest product launches and events, the biking world sure does have a lot going on in 2014. Hold onto your helmet as we go through seven things you can expect from the biking world this year.

Honda has announced 13 brand new models for the UK market this year, which have already been on show throughout 2013 at events such as Motorcycle Live and the Tokyo Motor Show. Honda states that its new designs are responding to the trends they witnessed in 2013 in order to meet customer demand in 2014.

As explained by Tom Hobbs, Honda’s PR Communications Manager, 2013 trends suggested a greater consumer interest in middle capacity machines, and the new Honda CB650F has been designed to complement the Honda CB500 series. As well as this, people are becoming more interested in semi-automatic models, an interest that Honda is keen to address. Watch out!

Trend watchers pointed out that although the sports bike market seems to be in decline, touring and commuting bikes are on the rise due to bikers choosing motorbikes that are better-rounded as opposed to high-performance vehicles that have high running costs. In response to this, you can expect to see the new street bike, such as Kawasaki’s Z1000 this year.

Safety is also going to be a key issue in 2014, as seen from the shift towards ABS braking systems. However, as well as providing extra safety, it is also possible that these brakes can enhance performance in low grip environments, making them perfect for racing too! 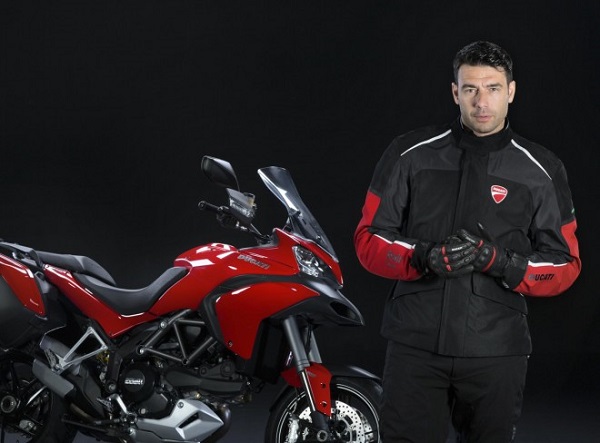 The Multistrada D-Air features a fully integrated system of sensors that wirelessly connect to Ducati Apparel airbag jackets by Dainese. The bags will only deploy when the vehicle’s sensors detect a genuine accident scenario, due to the intelligent passive safety system in place.Coming to Europe in May this year, Ducati are reigning proudly, having produced the world’s first motorcycle with wireless airbag jacket integration. The airbag deployment will only take 45 milliseconds and will function with both rider and pillion jackets.

A world apart from what many are used to, with the drive to ‘go green’ and rising fuel costs, electric bikes are becoming more and more popular to consumers. The new Agility Motors Saietta R electric bike is exciting potential buyers everywhere this year due to the incredible ride it offers bikers. As well as this, with Honda’s petrol-powered NC750X offering 80mpg, commuters are coming round to the idea of electric bikes more in 2014 than ever before. 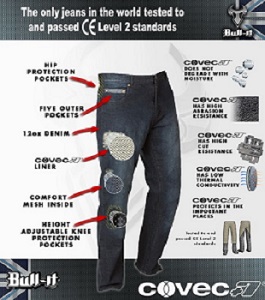 Bull-It offer the world’s safest motorbike jeans, and they are set to make their mark again in 2014 with their denim +7 and VoloCE range. The new range is the first to be tested to the rigorous standards of CE EN 13595-1 Level 2. The new gear uses a patented material called Covec, which even exceeds the performance of many previous Kevlar-based jeans. Perfect!

With the move towards city bikes firmly on its way this year, Yamaha picked up on the trend early and showed consumers its 125cc Tricity leaning three-wheeler as a concept bike. Now in 2014, the production version has appeared, and it looks just as exciting as its concept. Yamaha intend their design to be even lighter than rivals such as Piaggio’s MP3, and with a wet weight of just 152kg they appears to have accomplished it – undercutting the Piaggio by around 50kg.

Unlike the MP3 which has a leading link front suspension, the Tricity uses telescopic forks, two for each wheel. This gives a total of four fork legs, all mounted between the wheels. The four tops are mounted on a pair of swinging beams across the bike’s headstock area, which allows the entire bike to tilt easily as needed. Impressive power comes from the 125cc, single-cylinder engine.

Although the initial sales this year will be in Thailand only, Yamaha have promised impatient consumers everywhere that the Tricity will be available in Europe and Japan before the end of 2014.

Certainly there are plenty of exciting updates in the biking industry making their way to you throughout 2014. Keep your eye out for these and many more as they crop up!

Electric Motorbikes: The Future of Motorcycles is Electric

"Very helpful staff who found the right policy for"