A recent study by the RAC estimated that the average commuter travelling by motorbike saves up to three hours of travelling time in a week, compared to those in a car. So it’s not too difficult to see why this option appeals to so many people. With the amount of traffic in the towns increasing each year, any way to cut your journey time has to be worth a look.

Why should I commute by motorcycle?

The biggest advantage of travelling on a motorbike is the time saved on your journey by being able to keep moving even when the traffic is stationary but there are plenty more including:

The biggest advantage of travelling on a motorbike is the time saved on your journey by being able to keep moving even when the traffic is stationary but there are plenty more including:

Things to consider when choosing a commuter bike

The term ‘commuter bike’ usually refers to a small capacity bike that’s easy to manoeuver, fits through gaps easily and won’t cost too much to run. The thing is, at Devitt we know that unless you’re riding for a living, such as a dispatch rider, your bike is more than just a tool to get you to and from work. We also know that commutes can be very different; some of you may ride exclusively in urban areas where the speed limit seldom reaches 40mph while others may have a long stretch of motorway or dual carriageway to contend with.

While we’ve chosen a couple of faired bikes for those long, high-speed stints, we’ve deliberately left sportsbikes out of this guide — of course, they’re perfectly capable of getting you to work and back — but we’re looking at bikes that are good in traffic, easy to ride at slow speeds and offer good visibility in the mirrors; without the trademark sportsbike elbow waggle to get a decent view. So with all the above in mind, we’ve picked five bikes that we think will cope well with the commute and keep you smiling on the weekend.

Take a look at our top picks…

Few engines have been developed for longer than the parallel twin used in Honda’s super-dependable CB500. It’s powered bikes of various guises since the original CB500 hit the UK’s streets in 1993, and now resides in no fewer than four very different models, from cruiser to adventure bike.

We’ve picked two bikes here, both perfect for commuting. The latest unfaired CB500F is a world away from previous CB500s as manufacturers cotton on to the fact that street riders want to look good too! Handling is typically Honda-neutral and while an output of 47bhp may not seem too much, the CB500F is brisk and agile. If your commute takes in faster roads then the CBR500R could be the better bet — essentially the same machine packaged with a stylish and effective fairing to fend off the elements. And good news for new riders —  both bikes can be ridden on an A2 licence. 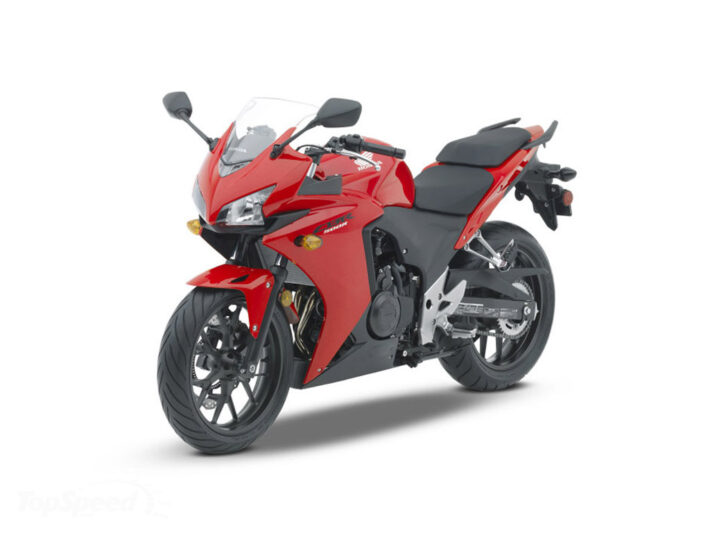 Some of you may remember Yamaha’s previous large capacity parallel twin, the TDM850 that later became the TDM900. Cruelly dubbed by many the TeDiuM, what the bike lacked in spirit and outright performance, it made up for by being a great urban tool, especially for taller riders.

The new Tracer 700 also has a reasonably lofty perch that gives the rider a great view over the traffic. The parallel twin-cylinder motor delivers a strong 74bhp with a healthy 51ft/lb of torque making it perfect for nipping about town. Being a twin, it’s narrow, and slow speed control is excellent thanks to low centre of gravity and wide bars. These qualities make squeezing through gaps in the traffic a cinch while the overall comfort of the machine means it can live up to its sports tourer billing, really giving you something for the weekend. 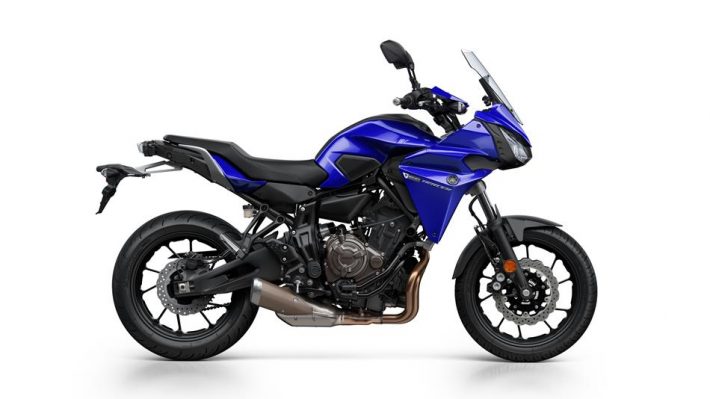 There’s something about the quirky F800R that just looks right in an urban setting. And it feels right too, with easy low speed handling and light controls. Yet another parallel twin, the Bavarian bike’s 800cc motor blends the benefits of a torquey twin and a frantic four just about perfectly, with enough grunt when you need it and an exciting top end rush for those high-adrenaline overtakes.

Equipment is relatively modest by BMW’s standards but all the important bits are well sorted. The suspension is excellent and is very well set up to suit the vast majority of riding scenarios. The brakes are superb too, hauling the bike down from high speeds with good feel at the lever without being grabby at low speeds. Aftermarket accessories are numerous, with add-ons such as heated grips, ABS, luggage systems and a lower seat all available as extras to make commuting even easier. 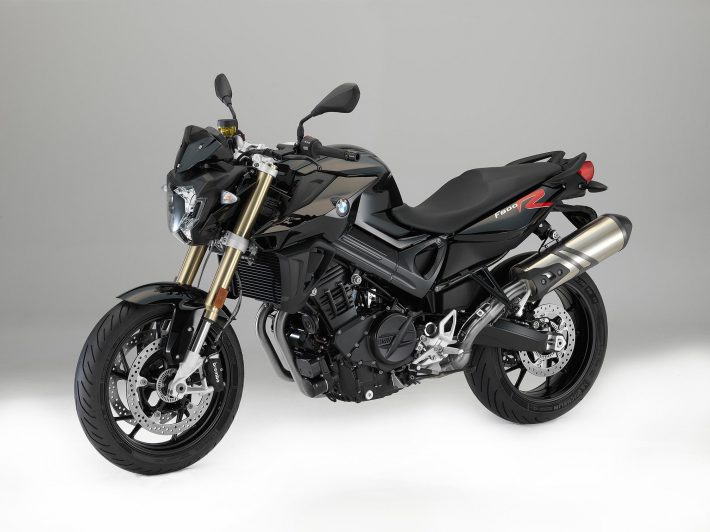 The lightweight, A2-licence compatible Z300 is another great choice for the new or small rider. Great naked street styling and a surprising amount of poke from the 296cc parallel twin motor (just short of 40bhp) makes this bike an absolute whizz around town with enough power to nip past traffic but not so much as to make the bike unwieldy — or a liability when it comes to speed cameras! We love the Z300 for not looking like a typical entry-level bike. LCD instrumentation, petal brake discs and a wide flat bar all give the little Kawasaki a real muscular stance. As with the Honda, a faired version is also available should you prefer a little wind protection and sportsbike styling. 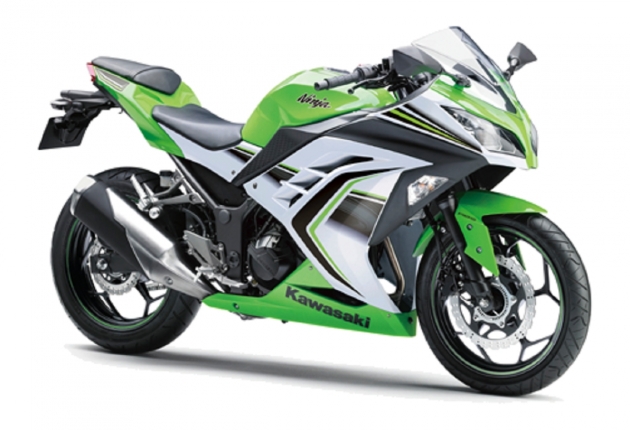 The GSR750 was launched in 2011. At a time when Suzuki had few exciting street bikes in its range, the GSR used the four-cylinder motor from the 2005 GSX-R750 sports bike and was big news.

Early models were fairly basic when it came to suspension and brakes but handled well. The GSX-R motor is good, but Suzuki’s choice to de-tune it so much is a little disappointing. Good used bikes are around from £3,500 upwards.

The GSX-S750 replaced the GSR in 2017. More power, better brakes and higher quality suspension make this a great choice for the commute — around 113bhp and almost 60mpg. Yes please! 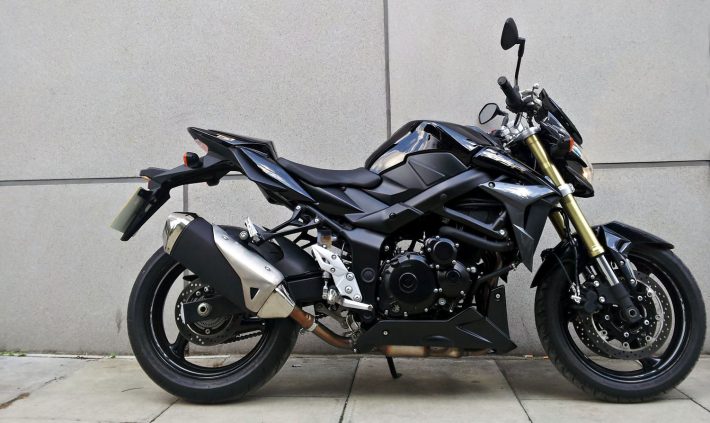 This Honda isn’t the most exciting or the best looking motorbike on the market, but it is cheap to run which makes it a popular choice for commuters. They start at £2699 for a new model and is quoted by Honda to do 130+ mpg making it very fuel efficient. This motorbike is very appealing as it also has cheap insurance and as it has a 125cc engine, it can also be ridden with L plates.

Despite this motorbike being big and bulky it is regularly chosen by riders wishing to commute as it sits high above the traffic making them clearly seen and has other rider aids such as ABS, traction control and semi-active suspension. 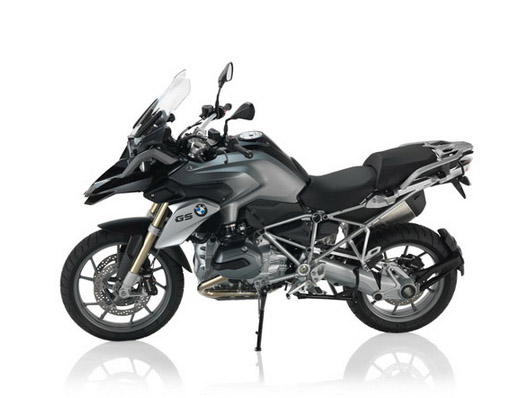 This is a very attractive motorbike which is typical of Italian designers. The V7 is affordable for commuters and is very appealing with a low seat, light weight and substantial power making it an easy motorbike to control and manoeuvre.

This motorbike is quirky, light, economical and learner-friendly. It is stylish and fun to ride although you will need to fit new tyres at a local dealer as the Indian (these motorbikes are built in India) standard-fit ones are of poor quality. The Duke is unbeatable with its sensational power-to-weight ratio coming from an ultra-low dry weight of 129.5 kg.

This Vespa has a reliable 278cc four-stroke engine and is very well built. This little Italian number is full of style and a very popular choice in European cities for commuting and city riding as it is comfortable and very ‘nippy’. 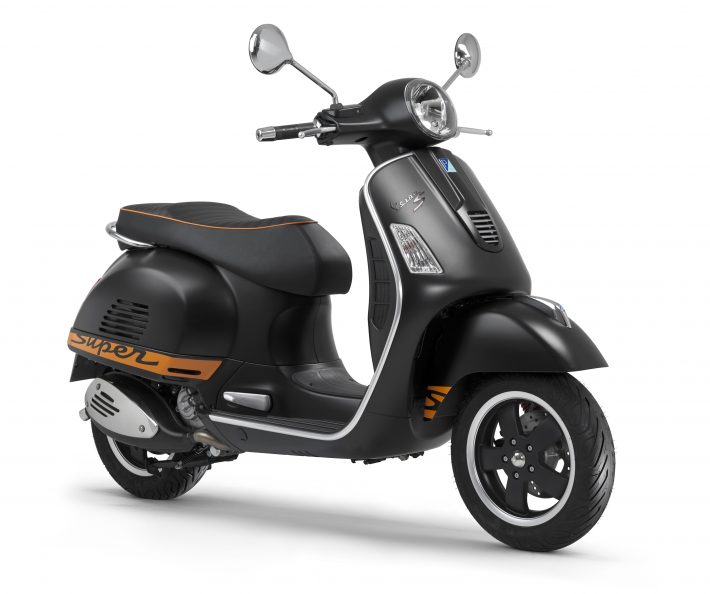 The Suzuki Burgman is a refined scooter that is learner and city friendly with a 125cc four-stroke engine making it great on fuel consumption, therefore cost effective. There is extra storage space under the seat for your essential items and it is slightly bigger than other 125 scooters making it more comfortable and easier to control.

Leave your best commuting bike suggestions in the comments below…

How is the Honda NC series not included in this list? It sips fuel. The ideal commuter bike