The original Ducati Multistrada was a rather ugly 1000cc bike, launched in 2003 – and it was actually a really good bike to ride.

But for 2010, Ducati relaunched the Multistrada as a much more conventionally-attractive machine, with a hefty upgrade in terms of performance, equipment and capability.

The 1200 Multi used a variant on the Ducati Superbike engine, the Testastretta 11°, retuned for more midrange and bottom-end grunt rather than screaming top-end. With 1,198cc capacity and four-valve desmo heads, it makes a hefty 150bhp with a super-flat torque curve.

Ducati didn’t stint on the chassis either, with a steel tube trellis frame, single-sided cast aluminium swingarm and optional Öhlins electronic semi-active suspension on the ‘S’ variant. Brembo brakes provide superbike-spec stopping power to match the superbike-spec engine power, and it’s all wrapped up in a protective, stylish fairing.

Ducati says the Multistrada can deal with ‘all roads’, hence the name. So it’s not got too much in the way of offroad capabilities (you want the Multistrada Enduro for that). It’ll be fine on gravel fire roads and maybe the odd green lane, but it’s really a Tarmac machine, and is best kept there.

Kitted with hard luggage and everyday luxuries like hot grips and sat-nav, it it makes a brilliant long distance machine. There’s enough space for two, and when you’re cruising at sensible speeds, it’s pretty good on fuel – with its 20 litre tank, you’ll easily manage 200 miles between fuel stops.

Take the luggage off though, and you have an awesome daily commuter and weekend fun machine too. It’ll keep up with all but the most extreme sportsbike riding, is narrow enough for hardcore town traffic splitting, and the high-up riding position gives a great view ahead too. 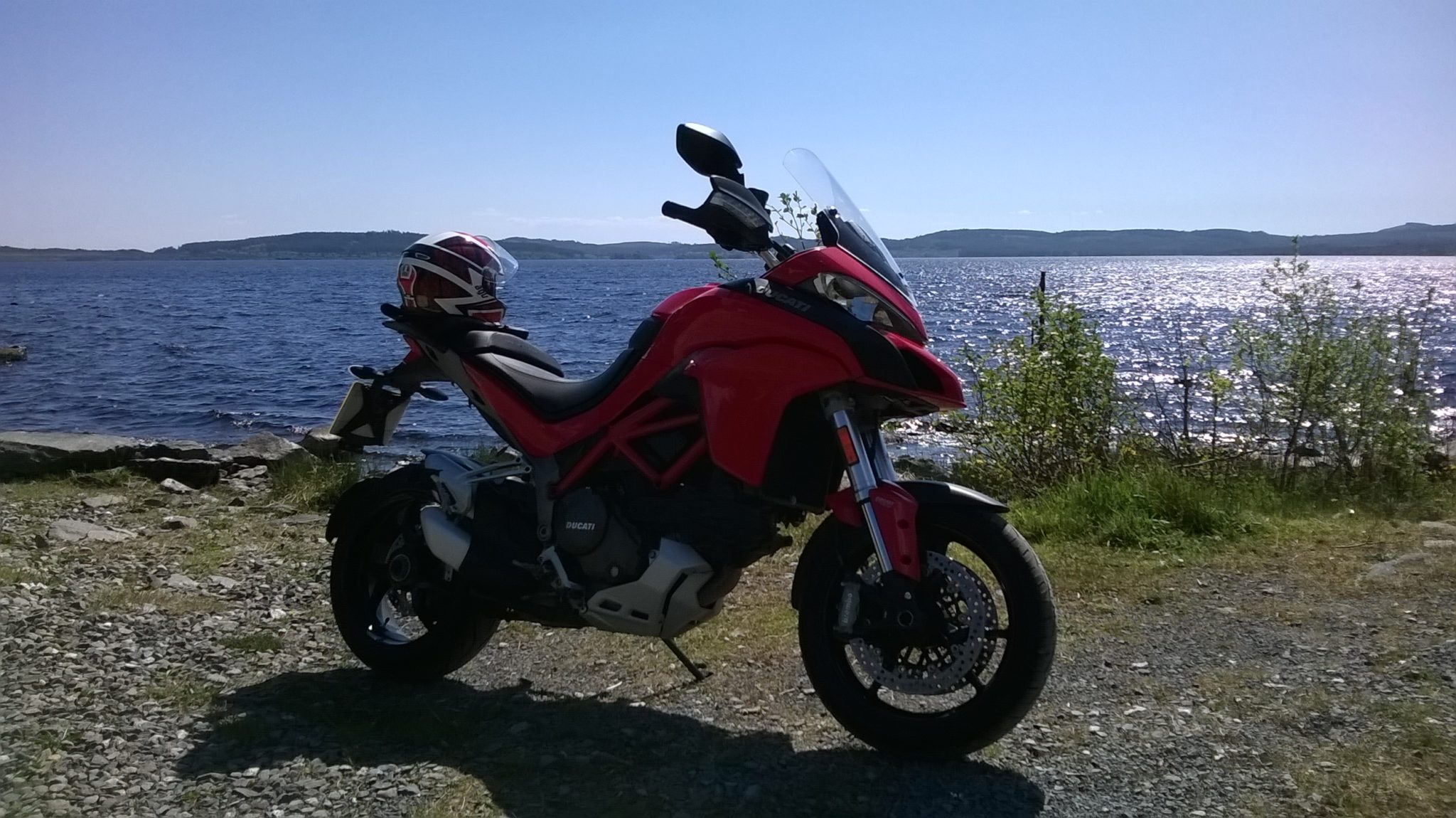 Bottom end grunt. Love it even for all the niggles

Not as good as previous bikes?

Performance and handling are excellent. The Multistrada easily outperforms other adventure sports bikes and is the best all-round bike that I have owned (including a BMW R1200 GS Adventure). It looks good and is not hard to maintain. Getting the suspension set right was the single best improvement that I made, followed by fitting new Metzeler Roadtec 01s.

The chain could be a little easier to adjust.

"Very cheap insurance and very quick and easy to to..."