An affordable sports bike which is a significant upgrade on its predecessor, the 695, the Ducati Monster 696 is an excellent option if you want a bike which offers style, quality engine performance and smooth handling.  Capable of being used either for urban travel or on longer journeys, the 696 is a lightweight, versatile bike with much to say in favour of it being a good bike to purchase.

The upright riding position is comfortable and although some riders have complained of the force of the start-up forcing them into the back of the seat, this is easily overcome and once powered up, you will surely be impressed by the torque, the quality of the brakes, the horsepower and other standard Ducati additions alongside the general prestige of riding a Ducati bike.  The V-twin engine may not be able to compete with the superbikes but it comes with a satisfying sound and makes the bike fairly nippy, particularly on straight stretches.  The brakes are also worth noting separately; they are powerful yet progressive which makes them the ideal choice for a novice rider and as this bike is fairly cheap it is also a good entry-level bike for those dipping their toes into the world of Ducati bikes.

Overall this bike is a good all-rounder.  It is lightweight, easy to handle and can hold its own in a variety of settings.  If it takes a few go’s to get it started then that it possibly a price worth paying for the prestige of riding a Ducati Monster 696.

Check out the Ducati Monster 696 now! 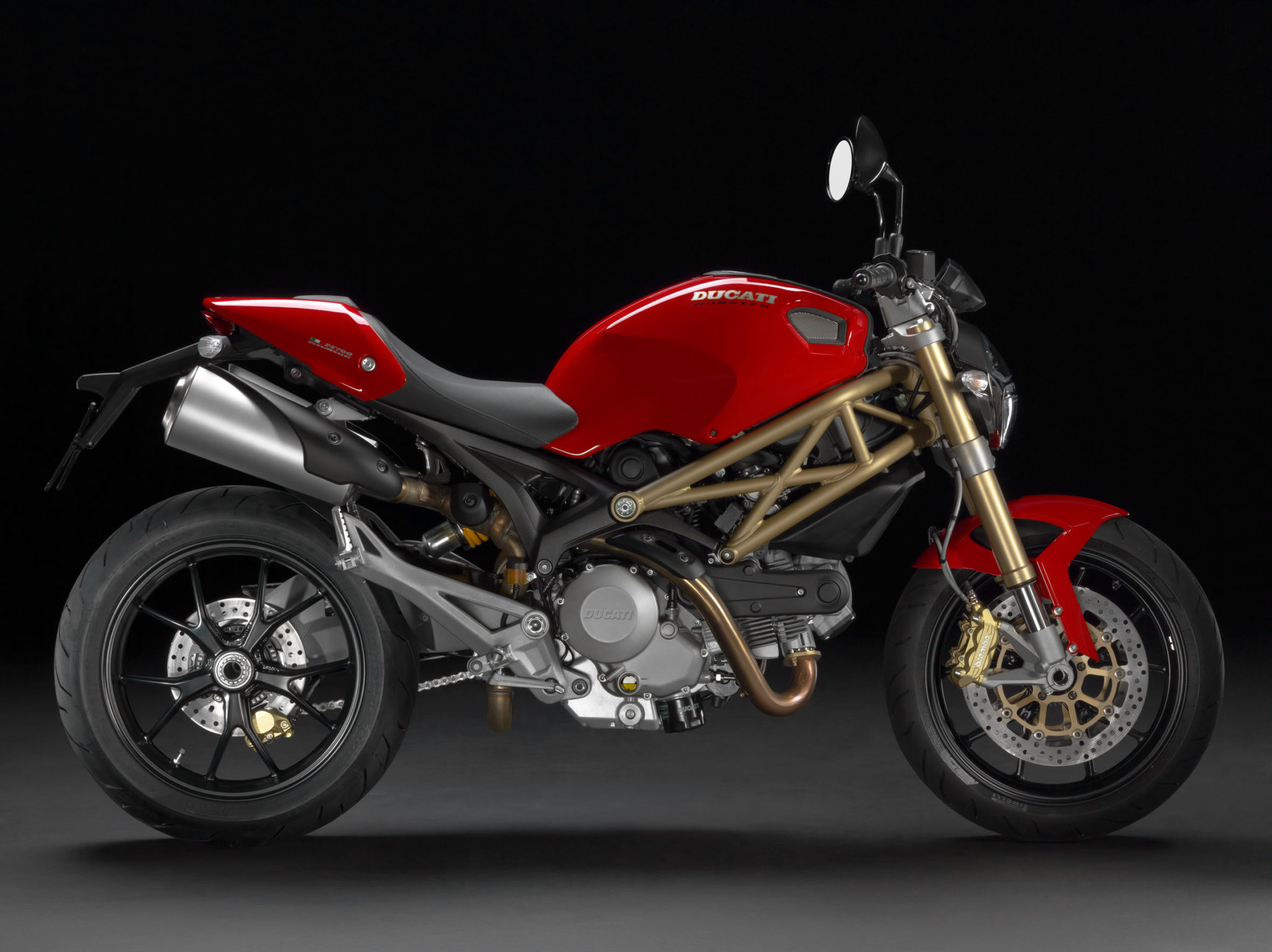 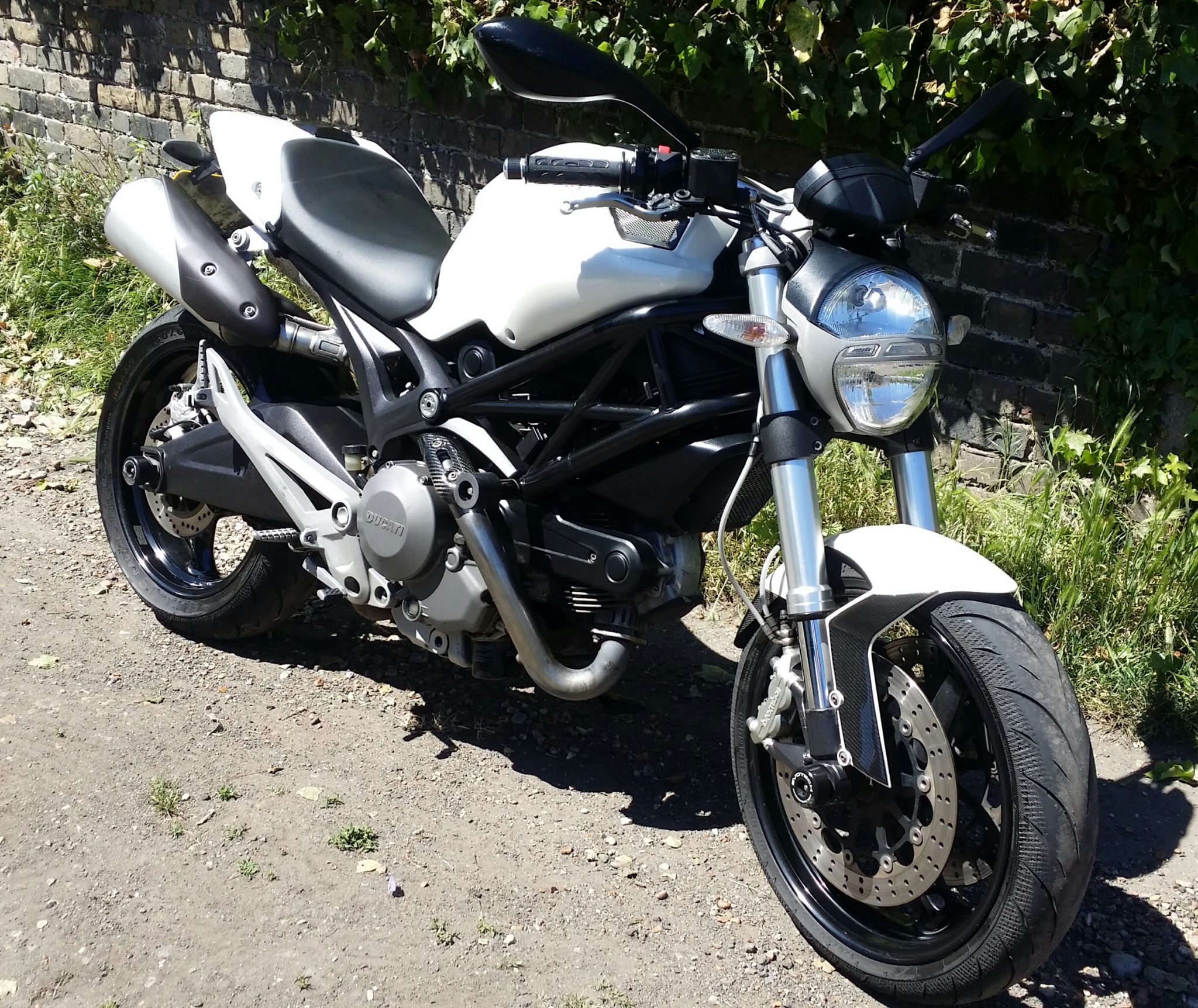 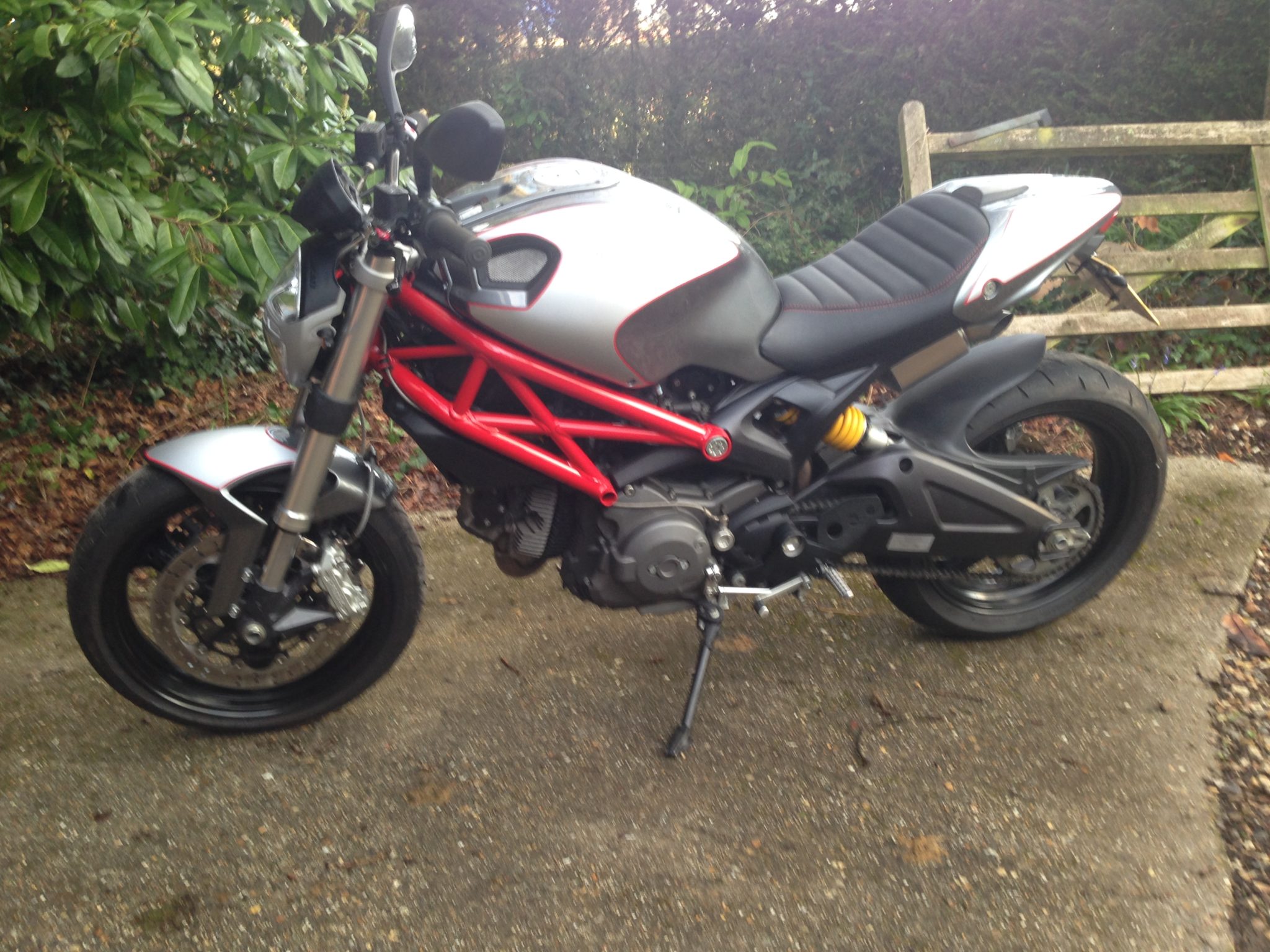 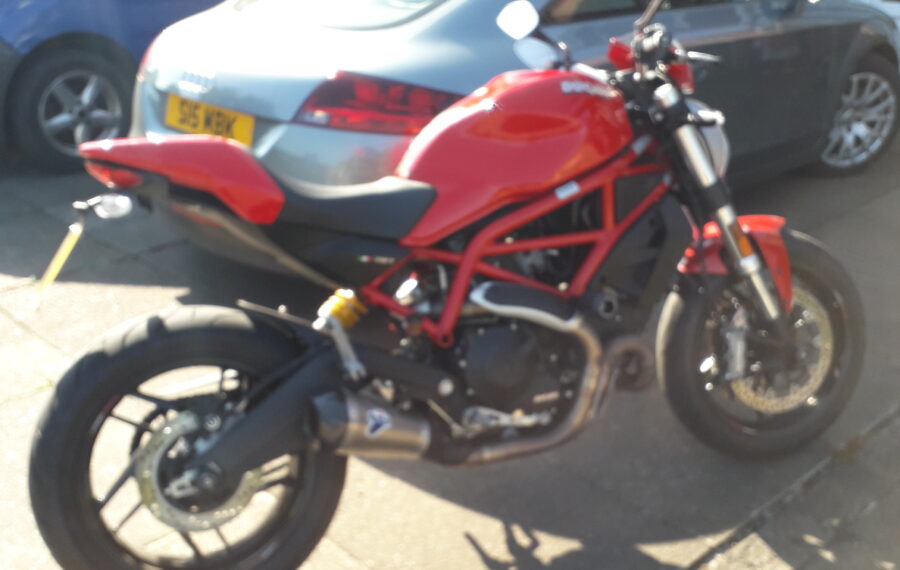 Rear brake could be better

Not too thirsty if you stick to speed limits

Absolutely love this bike, spent a long time looking as I am a 5ft3 female and leg length restricts me a lot. It's my first owned bike but have ridden others so I'm biased but I will hang onto her and wouldn't think of changing maybe just creating a collection if I ever felt the need. It's been a fab first bike, smooth rides, comfortable, easy to understand the electronics, etc. Photo has been grabbed from the Internet as I don't take pictures of my bike unfortunately!

I wouldn't change a thing, looks great and rides well. Ideally I would have had engine failure last year but I'm a fair weather rider, not used for commuting just for fun so it wasn't an issuer for it to be with the garage having some TLC.

Takes a long time to warm up being a twin but rides like a dream. So well balanced and great on corners.

Nippy machine, never going to compete with superbikes but has the beans to overtake, more than adequate to keep up with traffic and go well beyond.

I wouldn't change a thing, looks great and rides well. Ideally I would have had engine failure last year but I'm a fair weather rider, not used for commuting just for fun so it wasn't an issuer for it to be with the garage having some TLC.

Had an issue with a bent conrod which destroyed the engine for whatever reason but Ducati covered an engine rebuild. Haven't had any issues since and didn't have any warning signs beforehand.

The bike is great fun and overall performs well. It looks great and stylish so you can forgive Ducat the few imperfections. It is great for "bobbing" around. You can throw it around quite well.

Better quality engine paint and exhausts. Engine paint has started to peel underneath engine and the exhausts are not the best quality.

It is very responsive. Rides great around corners. It is very well balanced and feels light.

The bike has a lot of tourque. Great acceleration.

Better quality engine paint and exhausts. Engine paint has started to peel underneath engine and the exhausts are not the best quality.

We had an issue with engine management light. Bike locked up and threw me off. This was due to the bike being lowered too much by orevious owner which resulted in the fuel pipes melting.

Brembo brakes. No issues, it sops and slows as it should.

Peter Bevan 4 out of 5 stars

I don't like the massive cans sticking out of the tail. Get smaller ones or better still as I did get a special one made (half the cost of Termi's) that cleans up the tail completely.

The suspension is quite compliant but it still composed when pushed hard.

This is why i ride it. People ask why I have such a small/low powered bike and I tell them to ride it and ask the question again. The low down torque is addictive. The noise too!

The fuel economy on this bike is unbelievable considering all it is used for is hooning around. Have got 80mpg on the rare motorway run.

Having had a number of monsters the new ones are so much better than they used to be. But I also have a triumph and it is still not quite up to their standard showing the occasional electrical glitch. It is less intuitive for maintenance too………it can take up to an hour to get near the air filter and battery and involves dozens of tiny fiddly hex bolts of all different sizes.

Radial brembo brakes. As good as it gets for a bike with this weight and power

Jon Butterfill 4 out of 5 stars

The noise of the thing, vtwin with Termignoni cans makes an awesome thumping

It’s ok, a little under powered for a 700cc, but it goes where it’s pointed

It’s a Ducati. It’s a bit hit and miss

Lesley Morris 5 out of 5 stars