The Ducati 748 is almost identical to the very well known Ducati 916 with a few important differences, the main ones being a smaller engine and a narrower rear wheel.  These alterations make the Ducati 748 one of the smoothest rides if you are on a straight and narrow road, ideal for those who want to enjoy their bikes for short periods and aren’t looking to take it around bumpy city roads too often.

One of the main selling points for the Ducati 748, aside from the ones mentioned above, is the sheer beauty of the bike.  This is one of the most attractive bikes on the market, and people know it.  Expect to be stopped on a regular basis to allow passers-by to admire your bike, perhaps one of the downsides and a good reason to stay away from using your bike for commuting purposes.  Other common problems include stiff suspension when on bumpier roads and a wrist heavy riding position which does take its toll on longer journeys.

The 748 was built for the open road; it takes sharp corners like a dream and although you may be able to find faster bikes on the market, the Ducati 748 is more of a statement and is perfectly capable of handling 70mph plus with enough power and torque to keep most riders satisfied.

The Ducati 748 isn’t the cheapest bike on the market for what you get and it is certainly possible to find bikes for less money which perform better but you would be hard pressed to find a bike which looks and feels as good as the 748. 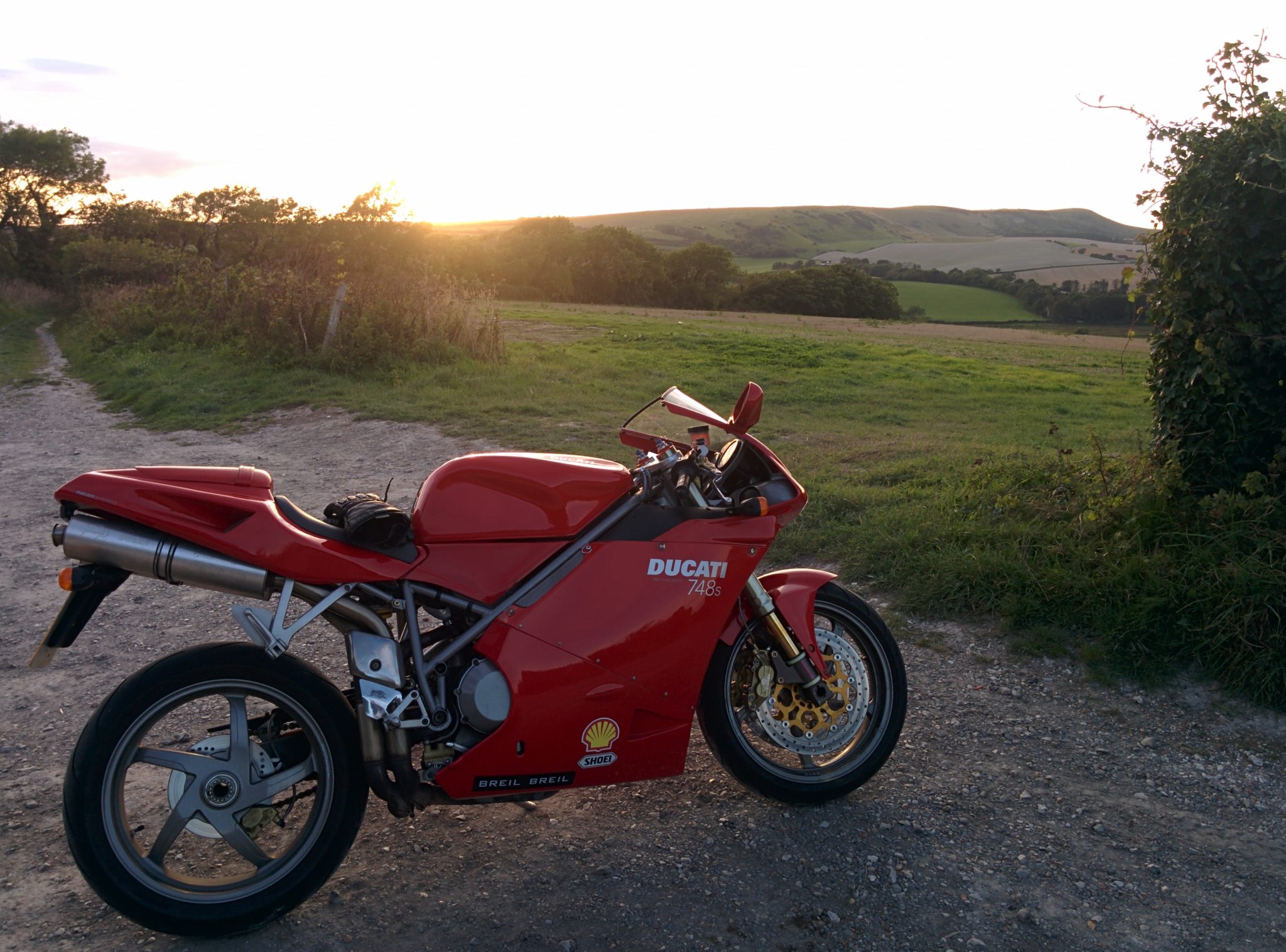 Looks great. If you like people commenting on your beautiful bike, this is a great bike for you – I find it irritating. Honestly great fun to ride because you can really thrash the engine as it's actually not very quick. Great fun if you don't want the latest or best. People want silly money for a 916/996 or 998. Here is something that's most of the time on a public road just as good but won't cost the earth – plus you can thrash the engine on a public road.

Pretty good, just avoid potholes. Goes around corners pretty good too, though tip-in is a little laborious. You get used to it.

A 600 4 from the same era is faster, but maybe you don't care because the 748 looks much cooler and sounds much better?

By the end of the production run, it seems Ducati were actually bolting these together pretty well. I've had to replace the smaller relays by the battery because the originals were erratic. Otherwise it's actually been really good.

Not amazing, but since the bike isn't ludicrously fast the brakes are well suited to the machine.

The looks and the sound of that V Twin. No other bike on the planet looks so sexy from any angle

Nothing. It’s just perfect the way it is

The Showa suspension performs perfectly all the time

More than enough power that’s always on tap regardless of the gear selected. Perfect for road riding

Belts need changing every 2 years which can be expensive. Everything else is the same as any other bike

Despite popular belief these are very reliable providing you actually use them. They hate being laid up unused

Not over powerful..only 100 bhp but to be honest it handles that well thats all you need!!!

No problems at all but must be maintained

"Was quick and painless and easy to understand"