Launched in 2007, Ducati’s take on a road-going Supermoto was a little different to its rivals. Trumped by KTM’s 990SM when it comes to all out power by almost 20bhp, and matched in performance by Aprilia’s smaller-engined Dorsoduro 750, you’d be forgiven for wondering what the 95bhp air-cooled Hypermotard is all about.

Cynics could suggest it’s a bit of a parts bin special, a mish-mash of Multistrada leftovers. But to our minds the Hypermotard is a fun Monster, with the same ethos of simplicity.

The minimalist air-cooled layout means the Hypermotard is a good 15kg lighter than its rivals and this is noticeable, especially at low speeds. Filtering in traffic is a cinch, though the stock mirrors that fold out from the bar ends add width and offer little in the way of rearward vision. Aftermarket options are out there, and it’s a cheap fix.

The air-cooled motor may be low-tech, but the two-valves per-cylinder motor is punchy enough with super-smooth fuelling. It’s pretty frugal on fuel, too, which is just as well as the narrow tank holds just 12.4 litres. You should still get 100 miles between refills though, so it’s more practical than a single-cylinder supermoto, and a lot more fun than most naked bikes.

The riding position is geared more for manoeuvrability on the racetrack and through twisty lanes than it is for all-day comfort, and the suspension is a little on the firm side for bumpy back lanes — there’s plenty of scope for adjustment, though we’d prefer a stock set-up for the road that can be tweaked for track use, not vice versa.

Check out the Ducati Hypermotard 1100 in action… 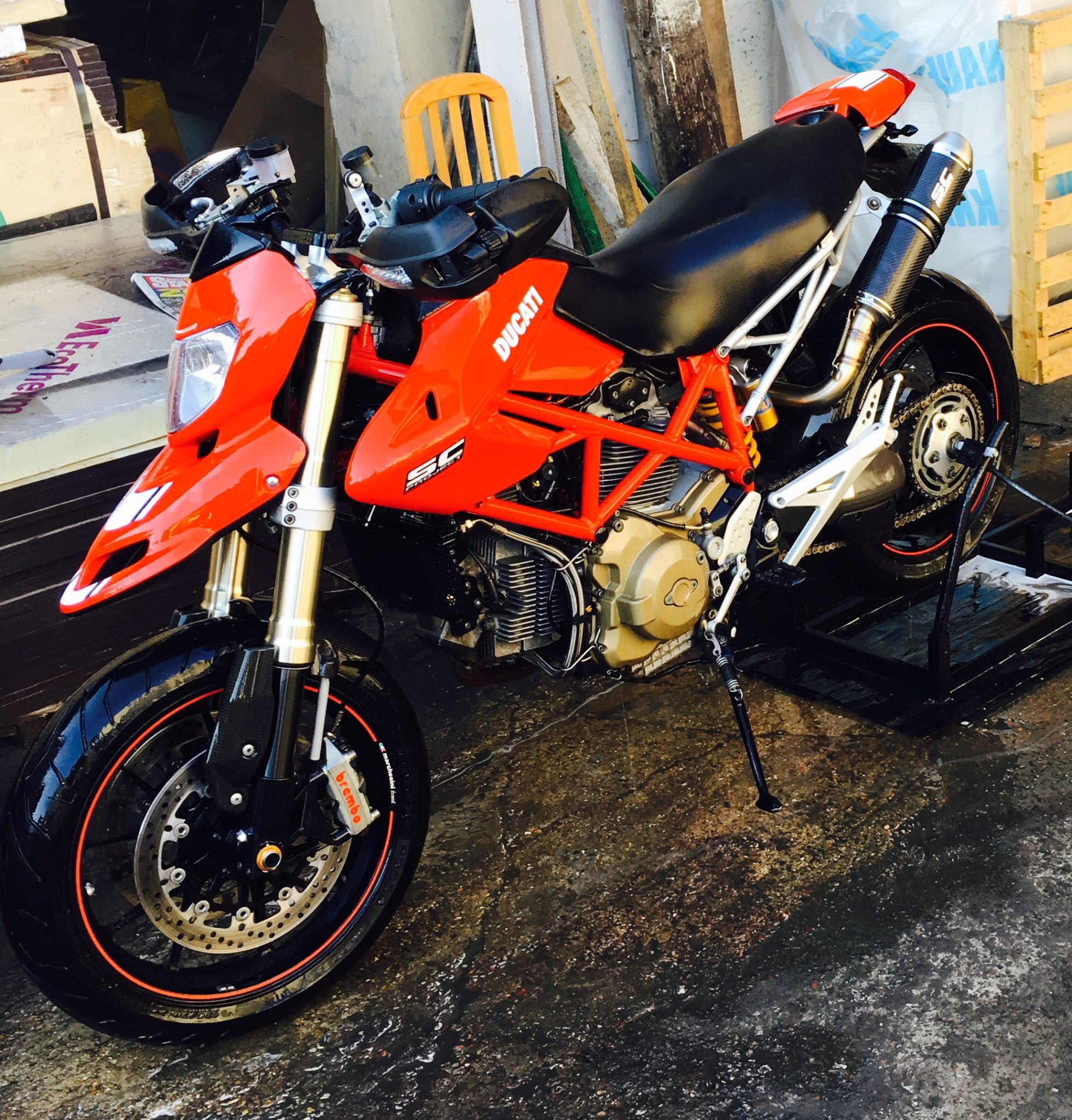 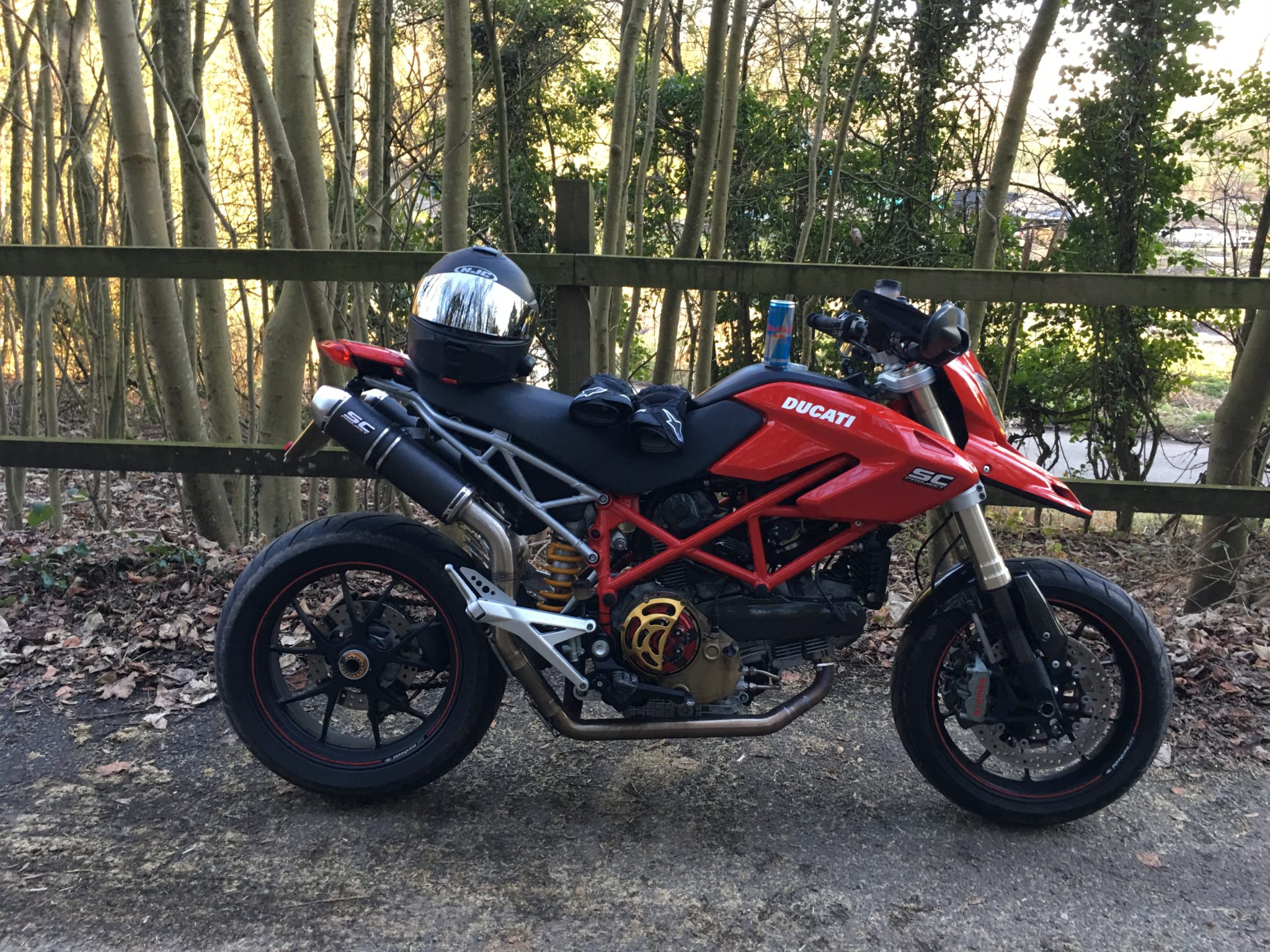 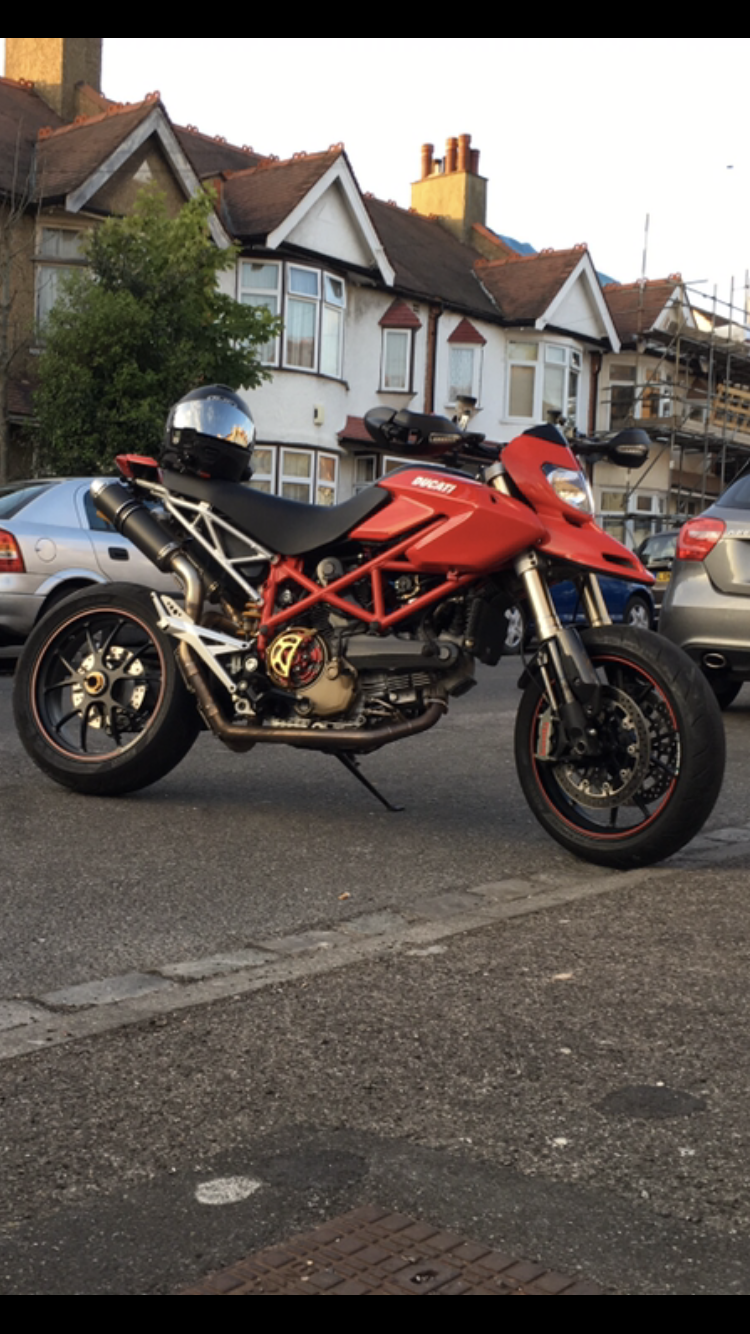 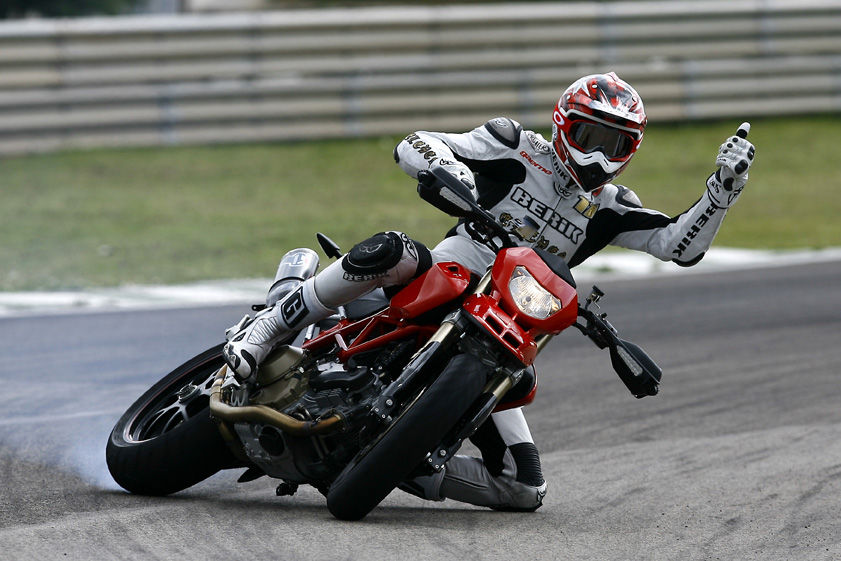 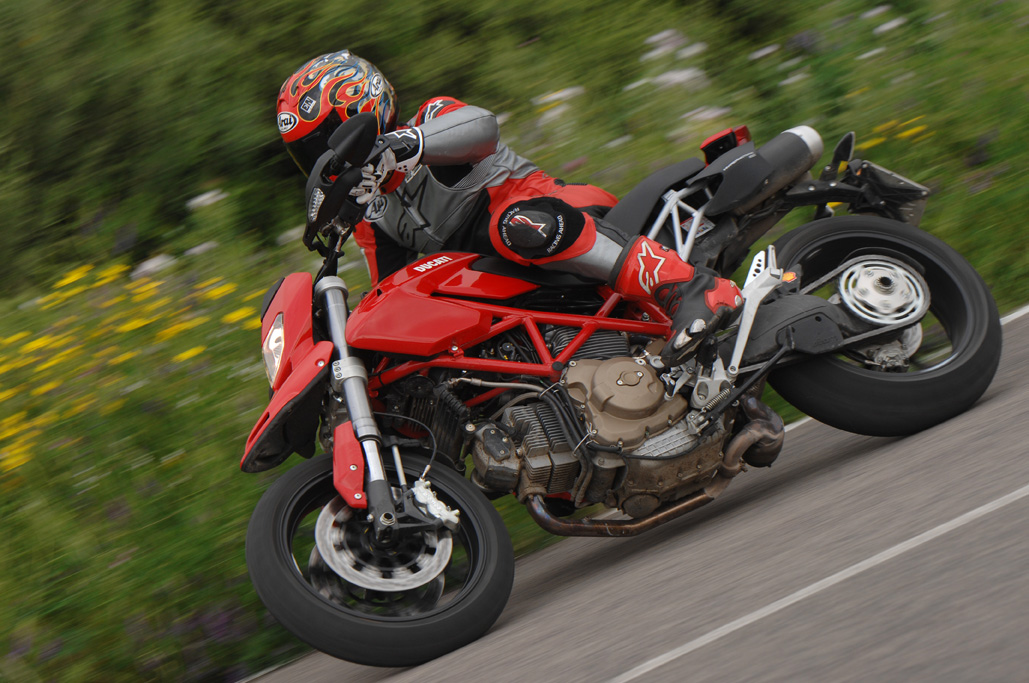 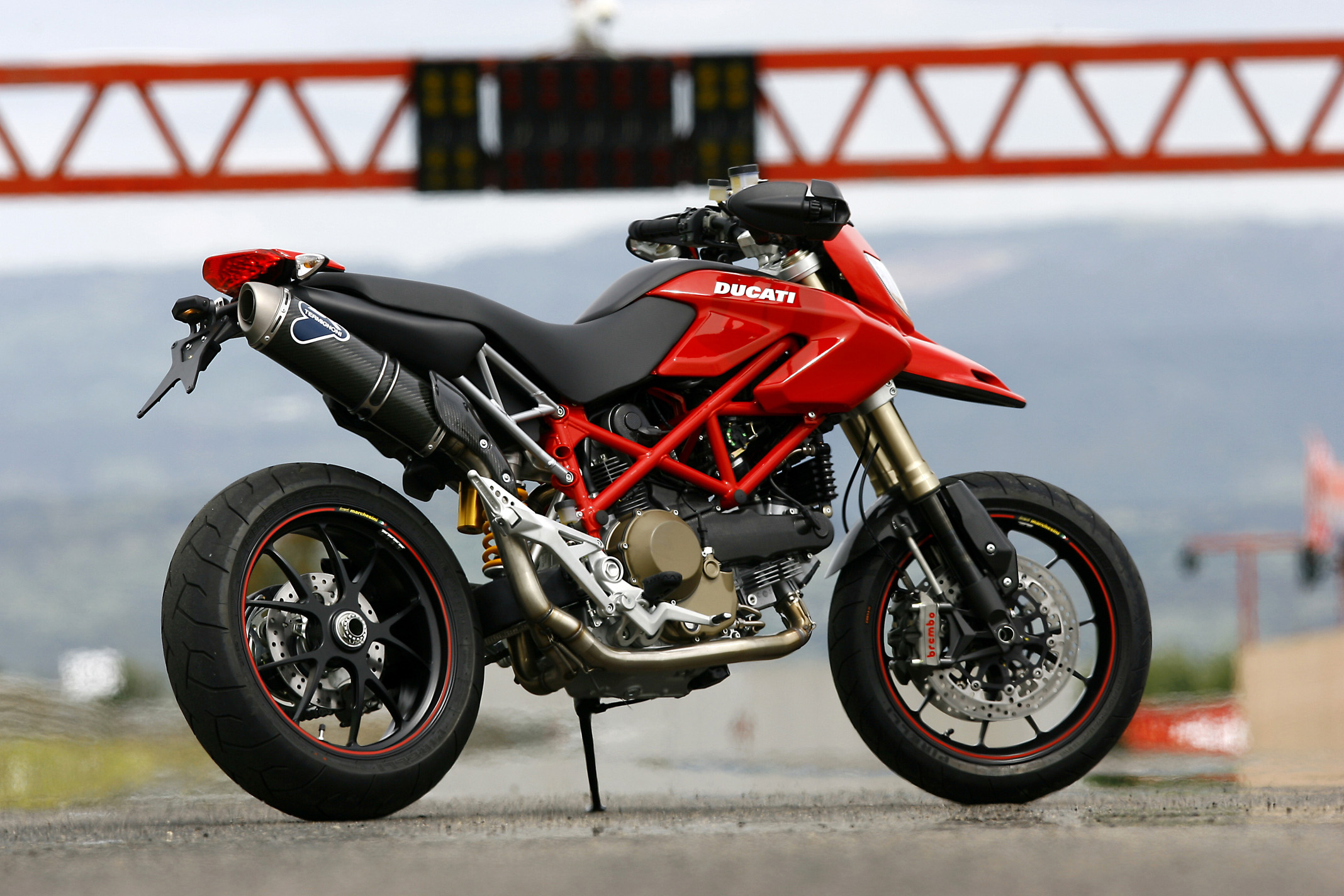 "Bit of a mix up with communications but quickly sorted..."