Practice week at the 2016 Isle of Man TT Races is now up and running with two sessions now complete and it’s been a busy time so far for the Devitt RC Express Racing team. In the second part of our TT diary, we caught up with Danny Horne, crew chief for riders Ivan Lintin and Alan Bonner.

“The TT’s a long time away for everyone connected with the team and we arrived on the island last Tuesday getting the truck, awning and garage all set up on Tuesday. Thursday saw preparation on the bikes start and changes being made, like fitting the bigger fuel tanks, after they’d been ridden at the North West 200.”

“We’ve got more staff this year so my role is to oversee it all, keep everything ticking over, help keep the boys fed and watered, and generally organise everyone so all the jobs are done in the right order and on time.” 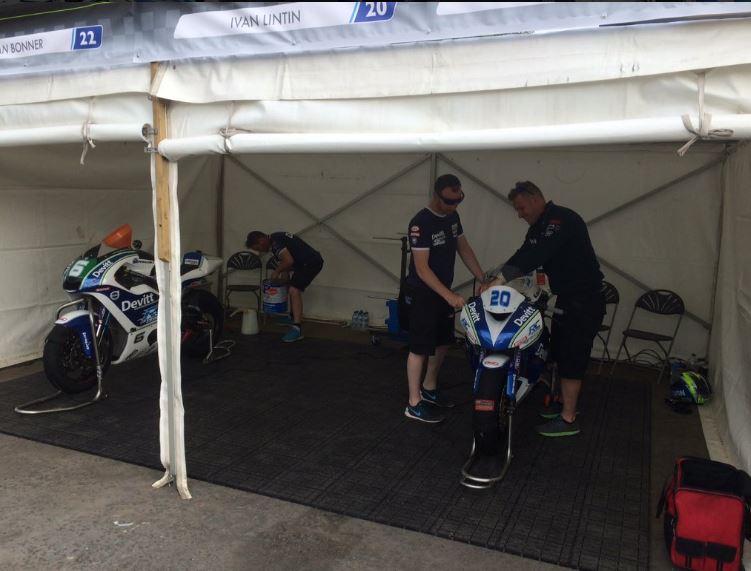 “The first practice night went well for Ivan and we’ve been blessed with good weather so far which has helped no end. Everyone – organisers, riders, mechanics – is a lot more relaxed when the weather’s good as it just takes the pressure off. Knowing you’ve got good weather every night means the riders aren’t stressing about getting the bikes set up and qualifying for the races.”

“Alan, Ivan and I went for a good mountain bike ride on Monday, along with Lee Johnston and Paul Phillips, TT Motorsport Manager, and it’s good to down the tools and get away from the paddock for a bit. We spend so much time up here that ‘paddock fever’ can kick in and you start to go round the bend a bit!”

“We’re here for three weeks and living in each other’s pockets so getting out and bit refreshes everyone and means you can come back ready to get stuck in again.” 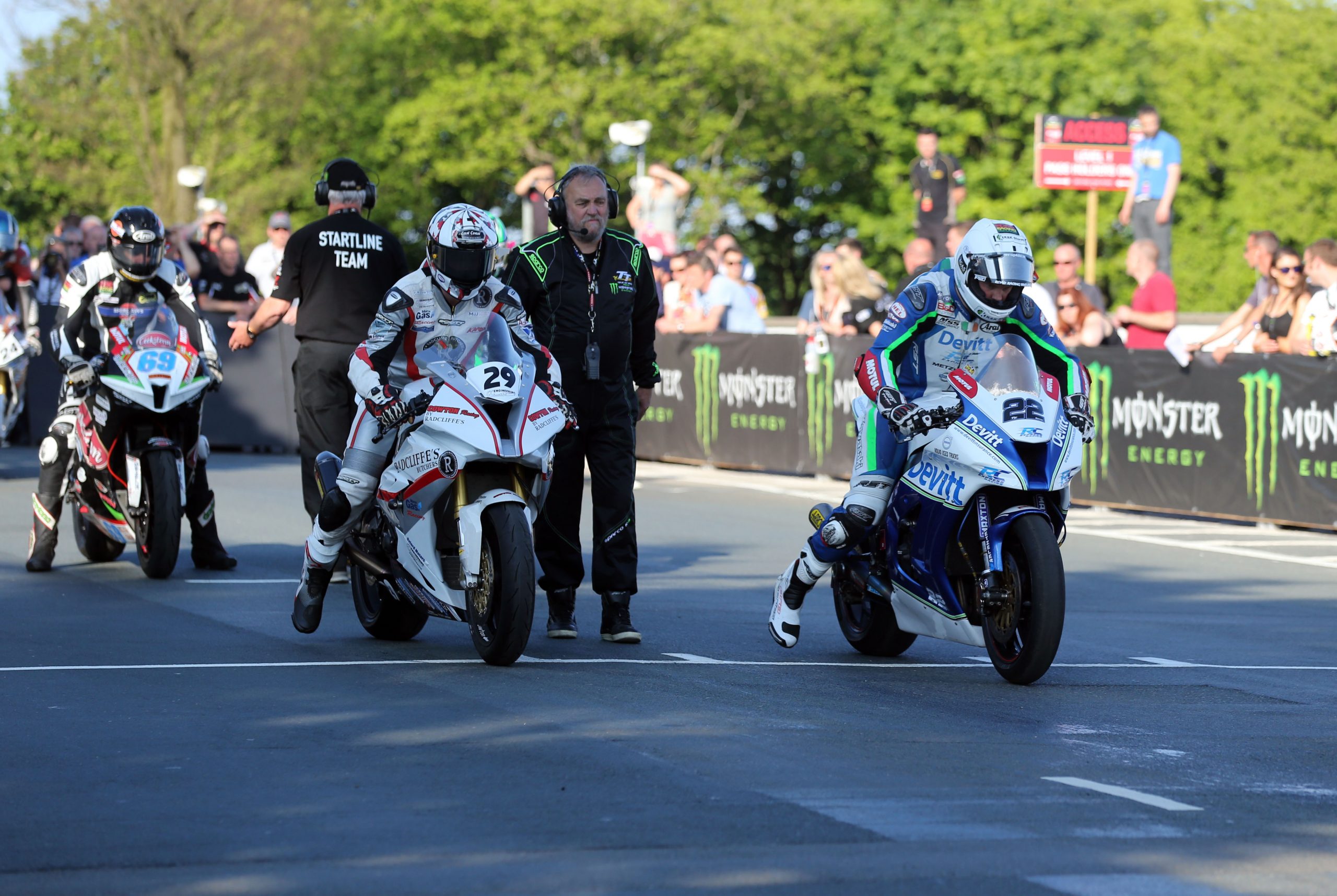 “Practice is incredibly busy for the team and with five bikes to look after this year, it’s all hands to the pump, making sure all the equipment we need is up in the garage area, things like the tools, spare wheels, tyre warmers and generator. The boys in the team know their roles so I’m overseeing it all, generally checking that everything’s been done to 110%.”

“I might spot little things that may have been missed but can be sorted out quickly and double checking everything at the TT is crucial due to the obvious dangers. It’s vital we check and double check everything before the boys set off. Once they’re away and out on the course, it’s in their hands but when they pit, we calm them down, give them a drink and address any set up issues they may have.” 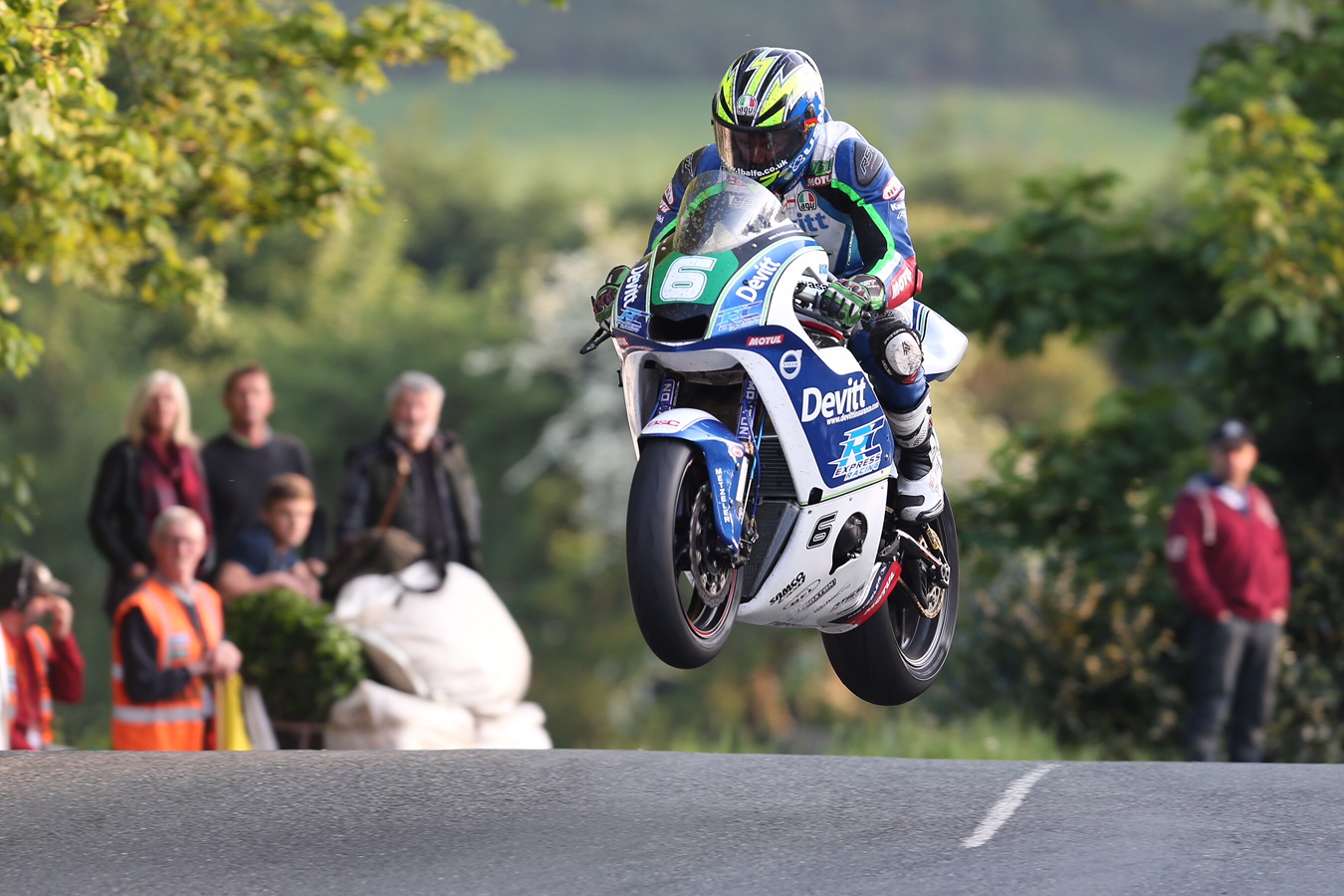 “Alan had a problem with the fuel pump on the Superbike on Monday evening so had to get back to the paddock and go out on the Superstock bike instead. Naturally, he was a bit stressed as laps around the place are vital and he’s still learning the place. It was a 90-minute session though so we kept everything calm, made sure he had a bit of a break and then sent him back out.”

“There’s no threat of rain at present so the riders can concentrate on the bikes and not the weather so if they do encounter any issues, there’s still plenty of time to get some laps in. No-one’s stressing about anything and the camp’s all good at the moment so let’s hope it continues that way.”

Will you be following Devitt RC Express Racing’s progress during this years’ TT season? Why not share your thoughts below…

You can find out how racer Alan Bonner has been getting on in diary entry part three!