Victories in the premier 500cc/MotoGP Grand Prix category for Great Britain are like buses. You wait ages for one to turn up and then when it does you get another one immediately after. That’s certainly the way it seems at the moment anyway with Cal Crutchlow ending the British famine with his maiden GP win and then promptly winning his second.

The home nation had to endure a 35-year drought before the Isle of Man-based rider clinched a superb win at the Czech Republic Grand Prix back in August, the first time a British rider had won a premier class GP since the late Barry Sheene’s victory at Anderstorp, Sweden in August 1981. That’s a long wait by anyone’s standards and you have to go back to 1979 to find the last time a Brit, again Sheene, won more than one race in a season.

Crutchlow’s first win was achieved in wet conditions where tyre choice proved critical although he was the rider that made the right decision and made no mistakes whilst others around him did. His second win just last weekend was the complete opposite where weather played no part. Proving he could win in both the wet and dry was a defining moment in the 31-year old’s career and was just reward for the effort, commitment and dedication he’s put in over the years.

In those intervening years, numerous riders had come close with the likes of Ron Haslam (nine podiums) and Niall Mackenzie (seven podiums) doing their utmost best in the 80s and early 90s. After that, it was very much a case of slim pickings in the then 500cc category as Brits found it hard to obtain a factory ride. And without one of those, you were never going to grace the podium let alone win a GP.

Jeremy McWilliams, James Toseland, Bradley Smith and Scott Redding are just some of the other British riders to give it their all but whilst some of these scored MotoGP podiums, the win has ultimately eluded although, of course, Smith and Redding have been victorious in the intermediate classes on numerous occasions. 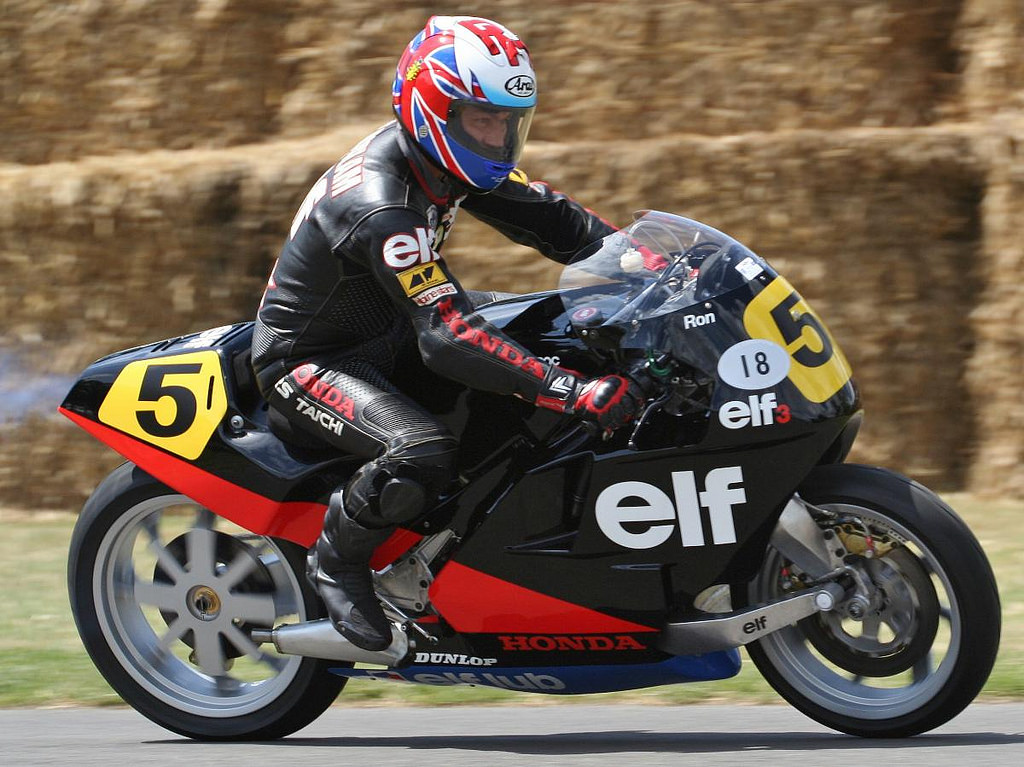 Crutchlow came into 2016 to start his sixth season in MotoGP so it’s fair to say it’s been a hard slog for him to get the status he is now as a GP winner. Over 90 GPs had to be started before he got to taste the winner’s champagne and in the 101 races he’s now started, he’s been on the podium in 12 of them.

That might not sound like the greatest of returns but save for a disastrous year on the factory Ducati, Crutchlow has never had a full works-spec bike at his disposal so it’s actually quite a good tally given the ‘alien’ status of the likes of Valentino Rossi, Casey Stoner, Jorge Lorenzo and Daniel Pedrosa.

He’s taken the fight to them more often than not, sometimes succeeding, sometimes paying the price for riding over the limit on a less superior motorcycle. Someone who always speaks his mind (and isn’t afraid to do so), his desire and will to win has never been in question – no one can begrudge him the success he’s had of late.

Rea – the one that got away:

Whilst the efforts and achievements of Crutchlow are rightly being applauded at present, one can’t help but wonder what a certain Jonathan Rea could have achieved if he’d been given a crack at MotoGP.

Having been in World Superbikes since 2009, the Northern Irishman remained loyal to Honda, with whom he commenced his career in 2003, up until the end of the 2014 season when he moved onto Kawasaki.

He did things on the Honda Fireblade than no-one else could, and haven’t since, but that loyalty has ultimately proved his undoing in obtaining a GP ride. Honda, at the time, had Stoner, Pedrosa and then Marc Marquez on the factory Repsol Honda’s whilst all the satellite teams were stitched up too.

A chance of a full time ride never came Rea’s way even though when he stood in for the injured Stoner in 2012 he did a superb job. At short notice and with no testing, he finished in seventh and eighth at Aragon and Misano but despite of that no GP ride has been forthcoming. Although he’s still only 29, it looks highly unlikely it ever will.

What has been MotoGP’s loss though has undoubtedly been World Superbikes gain with Rea now on the cusp of becoming a double world Champion. In doing so, he’ll become the first successful defending World Superbike champion since Carl Fogarty when he secured consecutive world titles in 1999. And when you’re being mentioned in the same breath as Fogarty in WSB, you know you’ve achieved something significant.

Did you know, we have a whole guide dedicated to motorcycle racing? You can keep up to date with the racing scene right here!

2017 MotoGP Season Set To Be Most Competitive Yet?

MotoGP 2019 season to get underway in Qatar