Yamaha totally revamped its mid-sized road bike lineup over the latter part of the 2010s, with a whole new range of 900 triple and 700 twin machines. They did a great job too, with the base engines providing strong, torquey power delivery, good fuel economy and solid reliability in various sporty roadster, retro, and adventure touring formats.

The Tracer 700 uses the latest 689cc parallel twin motor in the road-going adventure touring sector, and has built up a strong following since its launch in 2016. That engine is a cracker, with good low-down and midrange go, plus decent top-end, and is good on fuel too. It’s very much at home in a simple steel tube frame, with budget road-spec suspension and excellent ABS-equipped brakes. The riding position is upright and comfy, giving good views ahead of traffic, and the half-fairing keeps the wind and the worst of the weather off.

It’s just about up for two-up touring, with some genuine Yamaha or aftermarket hard luggage, a taller screen and heated grips – but heavy loads over long distances might feel a bit fraught compared with the Tracer 900 or similar. Solo long-haul touring with luggage is spot-on though, as is commuting, light touring and Sunday fun blasts. 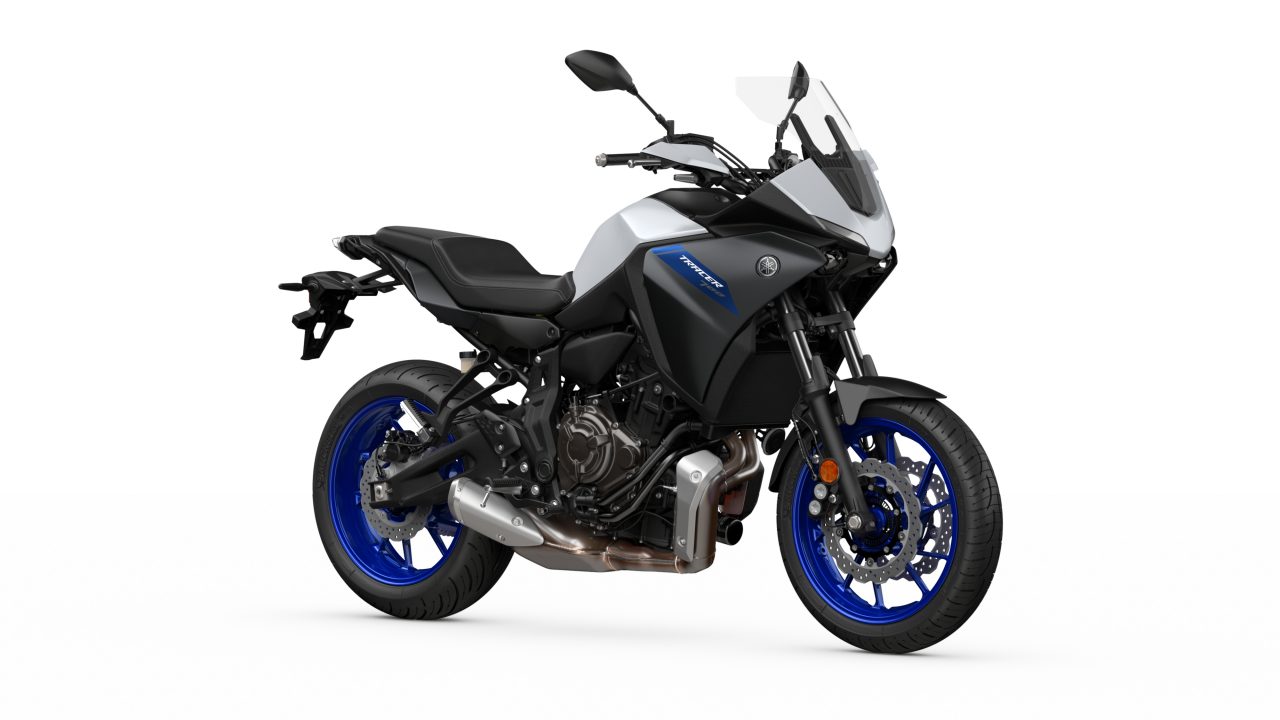 The Tracer got an update in 2020, with new LED lighting, slicker bodywork and detail changes to seat, handlebars, suspension damping and LCD dash. The suspension upgrades in particular help put it right in the fight for the middleweight adventure-touring sector.

Christos 4 out of 5 stars

Great for even city rides.

It could have less plastic.

It is not as strong as should be and the abs pops in very easy.

The lightest in it's category.