The Suzuki GSX600F isn’t the fastest or the most exotic bike on the market but it is a quality all-rounder which can be picked up second hand for a snip.  Originally released as a cheaper contender for the sportier 600s, the GSX600F stopped being produced when more modern models came onto the scene.

That said, if you can pick one up then you will find it is a consistent and enjoyable ride which, although a little on the heavy side when stationary, handles itself well.

The engine in a GSX600F is the timeless air/oil cooled four cylinder which has been used in a number of Suzuki bikes with some moderate alterations.  Whilst it won’t blow your socks off, it will deliver sufficient power and the great thing is that if you do find yourself with any issues then parts are very easy to get hold of.

Experienced riders looking for a bit more excitement might find the Suzuki GSX600F to be a little too plain but if you want a decent, well priced price which does the job then you can’t really go wrong.

You don’t get any fancy technology with the GSX600F but you do get a bike with plenty of room for both luggage and/or pillion, and a riding seat and position which is comfortable for longer distance journeys as well as the odd commute around town.

As with the engine parts because these bikes are so similar to others on the market, there are various cheap and cheerful ways to improve the bike if any of the equipment isn’t up to par.

Take a look at the Suzuki GSX600F in action… 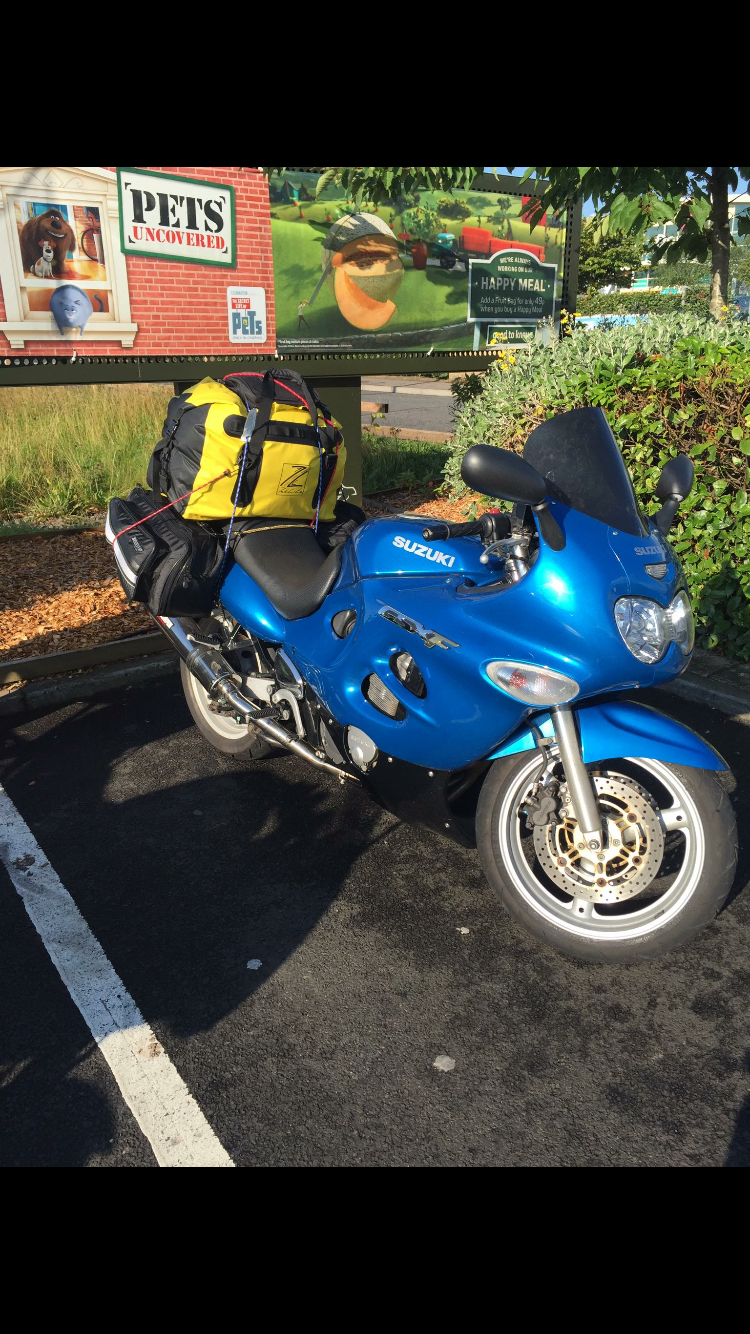 Big thing of beauty. Although old she still rides like a dream.

The overall weight could be less .

Rides really well and feels light when riding, Although a wee bit heavy to move when not riding. Takes corners fantastically even with lowering the front end via the forks .

For a 600cc she certainly has muscle and keeps up nicely with more powerful 1400s without even touching on her powerband.

The overall weight could be less .

It's a 2000 model and it's built like a tank. Never had any problems with her apart from dead battery after months of not being started in he cold weather.

All I know about brakes is there is 2disks on the front and one on the rear. Works as they should nice steady braking .

What You Need To Know About: Suzuki