Kawasaki has been a strong contender in the sporty middleweight twin class for more than two decades now, first with the naked ER-5 then the ER-6n and ER-6f. Alongside Suzuki and its SV650, the ER-6 and its derivatives have sold in their thousands, giving owners a choice of naked (ER-6n) or faired (ER-6f) economical, lightweight, fun motorcycling.

And this is the latest descendant – the Ninja 650. It’s a fully-faired version of the Z650, sharing the 649cc engine, steel tube frame and smart alloy swingarm, and adding a sporty set of bodywork. The engine was totally revamped in 2017 when the ER-6f was replaced, and the 2020 version puts out an impressive 67bhp. All-up weight is trim enough too at 193kg wet, and it’s a lively enough performer.

The chassis is pretty mundane on paper – basic non-adjustable right-way-up front forks, preload-adjustable monoshock, twin-piston sliding front brake calipers and neat wave brake discs. But like a lot of this type of bike, it doesn’t get in the way of the ride at all. Sure, if you want to be pushing hard on a trackday fast group dice, then it’s not going to be ideal. But if you’re just wanting to have a blast on a Sunday with your pals, the chassis will let you have a load of laughs, and you’ll often feel closer to the edge than with a super-specced ultra-sporty machine.

Best of all, the Ninja is very affordable, starting at just under £6,900 new for the 2020 model. Kawasaki also offers a range of good-quality accessories, including hard luggage and an Akrapovic performance exhaust system. And it can easily be restricted to A2 licence spec too.

Take a look the Kawasaki Ninja 650… 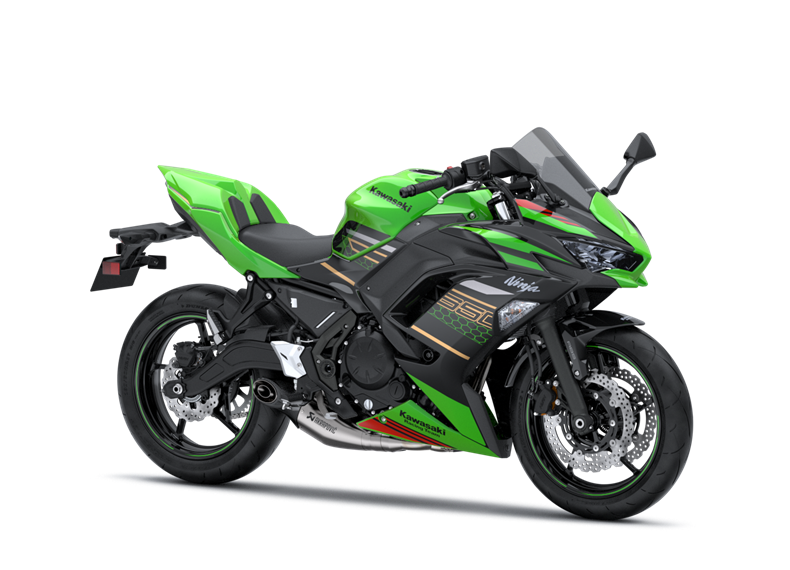 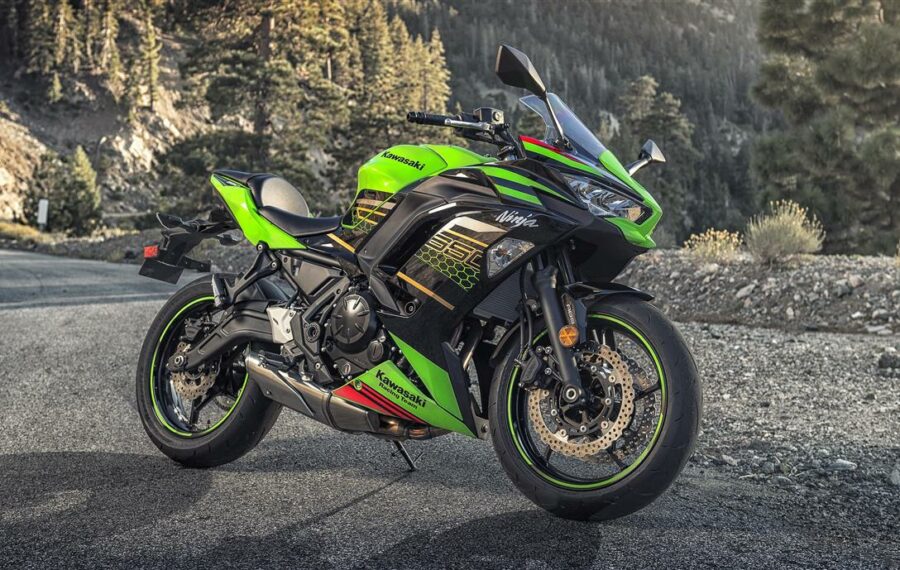 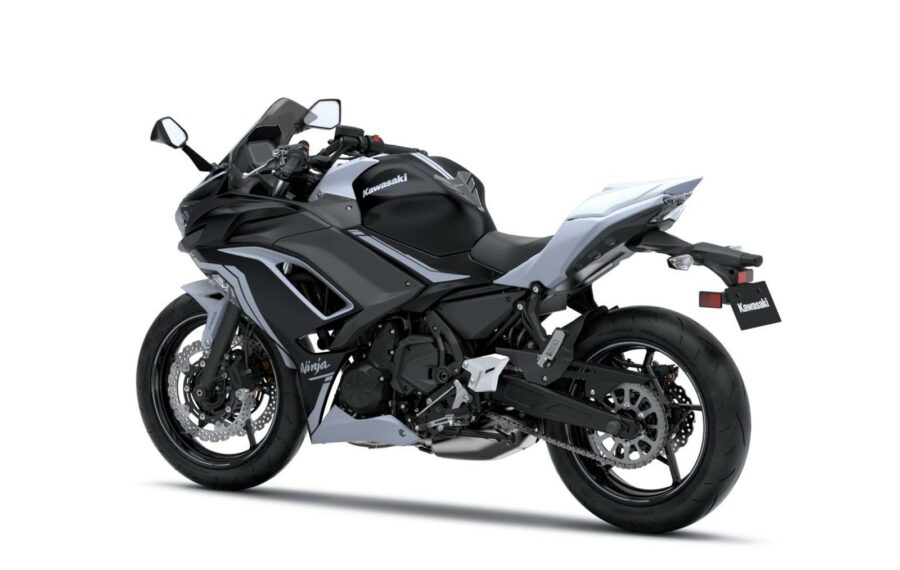 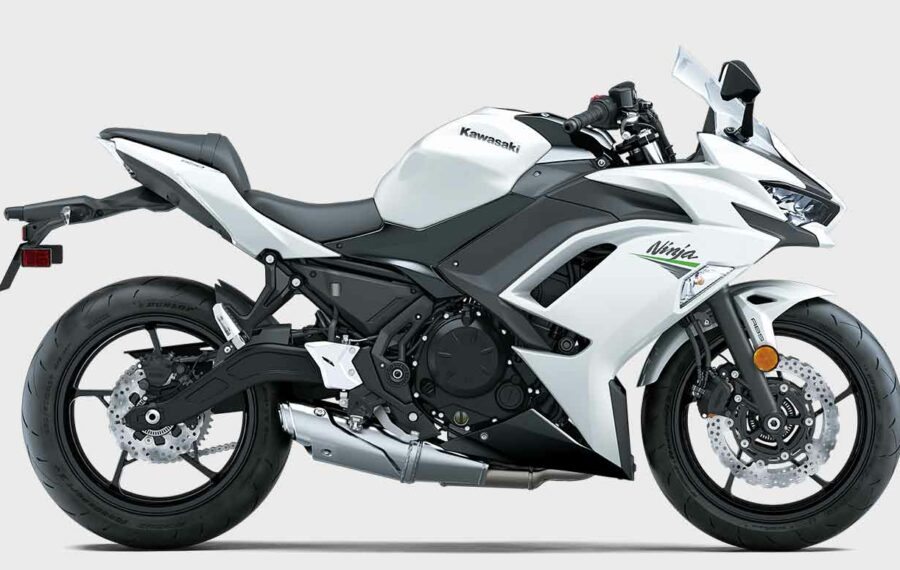 The best is it reliable and she's part of me. I don't have anything and to say about her she might get moody.

The paint work could be better.

It's very comfy and really nice to ride. Great for long rides and stylish. It does drop when you have a pillion but that normal with any bike with a pillion. I love my ninjas and always will. Thank you.

Kawasaki are known for their bullet proof engine so it's a question that needs no answer. She's broken down but I got her going again she's the most reliable bike I've ever had. She had crap fuel block her cylinders, tesco in Shepton had a bad batch and alot of people was moaning about it. Little redex and 3 hour riding at 40mph then pop ping she went! Never any issues since.

She break better than most and so she should but why shouldn't they be good break? Good grip well you have to have the right tyres for that which I do.

Rides really well, sounds great not to much grunt from the exhaust. Very light weight and handles well around corners.

636cc ninja come on they're very quick. The company are known for quick bikes.

Bearley anything and so it should be medium engine. I've ridden a few bike and by far she's the best. Fuel goes a long way 150m to a tank.

It's fun, lightweight and it's basic.

Probably be suspension adjustments being added.

I quite often go for 300 mile runs and find it comfortable, although I do take in a few coffee breaks on long runs. Pillion seat is quite small. The few times I have had pillion that have said it's not as comfortable as other bikes I have had. I find the bike fun to ride and as it's light it can be thrown into corners with ease. It brings a smile to my face every time I go out on it.

Never had problem with it breaking down. Build quality appears to be good.

It has 2 calipers on the front wheel and it has abs as standard. Breaking is responsive and sharp.

The bike is quite light. It corners brilliantly. As its light you can throw it into corners with rare. The throttle can be a bit jerky when twisted from full stop to open. I find smooth movement of the throttle and shutting the throttle fully resolves this. The ride it's self I find smooth to a point but could be smoother. With no adjustment on the front forks and a difficult to get to rear shocked makes it difficult to change this.

Its quicker than I thought it would be for a twin.

The looks of the bike, always gets positive comments.

Can manage around 50 miles in the twisties before stopping for a cuppa, around 100 miles for dual carriageway. Numb backside and legs get a bit cramped after a while due to the bike being on the smaller side. Being 5.11 the comfort is overall pretty good.

Not had a major issue in the 8 months of ownership, covered 3500 miles and used in winter. Only issue I have had are the screen bolts have rung off. Overall it stil looks like new.

Brake1 out of 5 stars

Stop well with good feel. Back brake is ok too.

Ride Quality2 out of 5 stars

Enjoyable ride most of the time, suspension struggles a bit on faster bumpy roads. OEM tyres were terrible but now fitted with Michelin PR5 which has transformed the bike and has made it quick to flick from side to side.

Engine2 out of 5 stars

For a 650 67bhp motor it pulls well low in the rev range. Now finding the limits in the lower gears but still loads of fun. Can be a bit lumpy at lower revs but this could be improved with a boosterplug etc. More than happy with it.

Ride it at motorway speeds and returns 60 mpg. I averagee 160 miles per tank which I think is good.