There are two different Softail models currently on the market; the earliest model which was released in 1988 and then a model which was on sale between 1998-2003.  Regardless of which model you choose, the Softail range is all about classic 50s styling.  If you like your bikes big and are a traditional Harley-Davidson fan then the Softail will most definitely appeal.

Despite its size, the Softail handles surprisingly well if you watch out for the low weight distribution when turning corners at a low speed.  The large back seat and backrest make for a comfortable ride even on long distance journeys and even the pillion has been well thought on ensuring maximum comfort for long distance cruising.

The Softail is really about having a presence on the road; the iconic Harley-Davidson look continues to draw eyes and compliments and this is the ideal bike if you want to cruise around town.  There have been reports of issues with vibration through the handles and problems with the brakes not being sufficient for the size of the bike but these are small issues to overcome when faced with the opportunity to own such a statement motor.

Like most bikes in the Harley-Davidson family, the Softail is expensive to purchase new although it isn’t the priciest Harley out there, and these bikes have been built to last, ensuring that they hold their value well even on the used market.  There are plenty of additional extras which can be added on to customise the bike and give it a real personalised feel too. 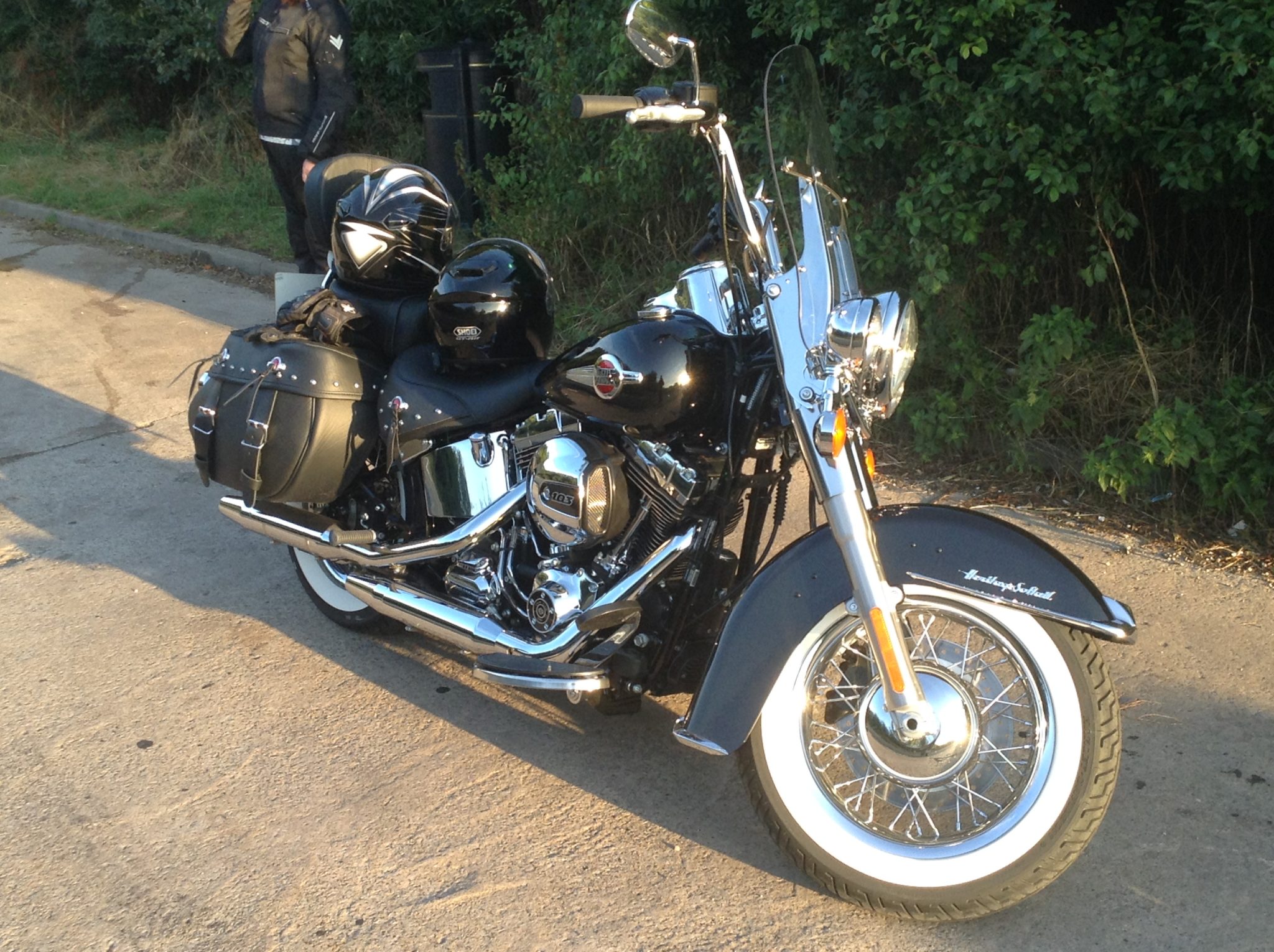 smooth and now its the new balance shaft vibration is minimum

It's Harley Davidson sure everything is cheaply made now these use to have very good quality in paint etc. But like everything now cheap

a lot better than they were

It’s an harley enjoy the ride

high on gas but it’s the ride

A comfortable cruiser which is capable of swallowing miles, however vibration takes some getting used to. Be careful on the slow tight corners the bike is heavy and can catch you out if you are not careful. Great for weekends away with real road presence due to its size and extreme good looks, if you like Harley's and chrome!

Panniers difficult to gain access to and are not readily removable, you therefore need to take inner bags which are difficult to get in and out of the panniers.

A little on the heavy side although the weight is down low it can catch you out at low speed tight corners.

More torque that you could shake a stick at although the vibration from the motor through the rider does take some getting used to.

Panniers difficult to gain access to and are not readily removable, you therefore need to take inner bags which are difficult to get in and out of the panniers.

ABS as standard like most maid treat new bikes. Big powerful brakes stop extremely well. The rear brake foot pedal is massive and takes some getting used to after riding sports bikers and sports tourer.

Ron Eccles 4 out of 5 stars

I think the way the bike is set up to be multi purpose. With the fairing and side boxes off, it is a Bobber, to use for short trips to the cafe etc. When you want to spend longer away from home, clip on the fairing, fill the boxes and away you go go on a tour.

The purchase of a back rest, just to ease the lower back.

Naturally the bike cannot be leant over too far, as the footpegs will ground out. The ride, with it's front upside down forks and soft tail rear monoshock give the bike a subtle ride, not harsh and not wobbly either. Some of the wind blast is kept away from the upper body by the small bikini fairing. This is better than a full naked bike and also better than sitting with the noise and turbulance around the head, that a larger screen/fairing has given me in the past.

The grunt of the near 1800 cc engine is terrific. The 8 valve engine is much quieter than models gone by. The engine has been rigidly mounted in the frame, rather than the latters rubber mounts, so does not shake around on tick over. The rigid mount also helps with rigidity when cornering. This model has counterbalance in the engine also, helping to eradicate the vibes.

40 + mpg with a 5 gallon tank and 340 kg bike is not bad really. Servicing will be expensive, as with any big bike and on a par with a lot of cars. It is where the dealers make the money.

The build quality is superb, thick paint and thick chrome, where appropriate. The fairing is quick release, via two over centre clips around the upper fork legs and rubber pads stop the fairing from marking the paint. Quick release panniers fit and remove easily. Would like them to have been gloss paint rather than matt plastic, but that is easily sorted.

Brakes are only single sided, but cope okay.

"Value for money and an easy policy purchase procedure"