There are two different models of Dyna Glide on the market; those built before 2009 and those built after 2010.  There are subtle differences between the two but are fairly comparable.  Both the bikes offer the build and quality you would expect from a Harley-Davidson and both handle well in all weather.  This is a bike which has been built for touring and although some riders have complained about the lack of space for pillion, most agree that if you want a monster bike which is a smooth ride and can handle itself long distance, then the Dyna Glide is a good investment.

This is also a great bike if you love the old school look, with a build which harks back to the 70s.  The Dyna Glide has wide-spaced forks, a skinny front wheel and a minimalist feel to the body.  But the modern additions to the bike are really what sell it from the suspension and the frame to the TwinCam 96, 1584cc air-cooled engine which is more than capable of holding its own.

Harley-Davidson bikes tend to hold their value so although it is possible to get a good deal for second-hand purchases, you won’t find one for cheap.  In addition, Harley-Davidson products and add-ons tend to boost the cost of a bike; they are well known for being expensive, so if you decide to buy a Dyna Glide second-hand then it is worth making sure it has been recently serviced or you may end up further out of pocket.

Check out the Harley Davidson Dyna Glide in action… 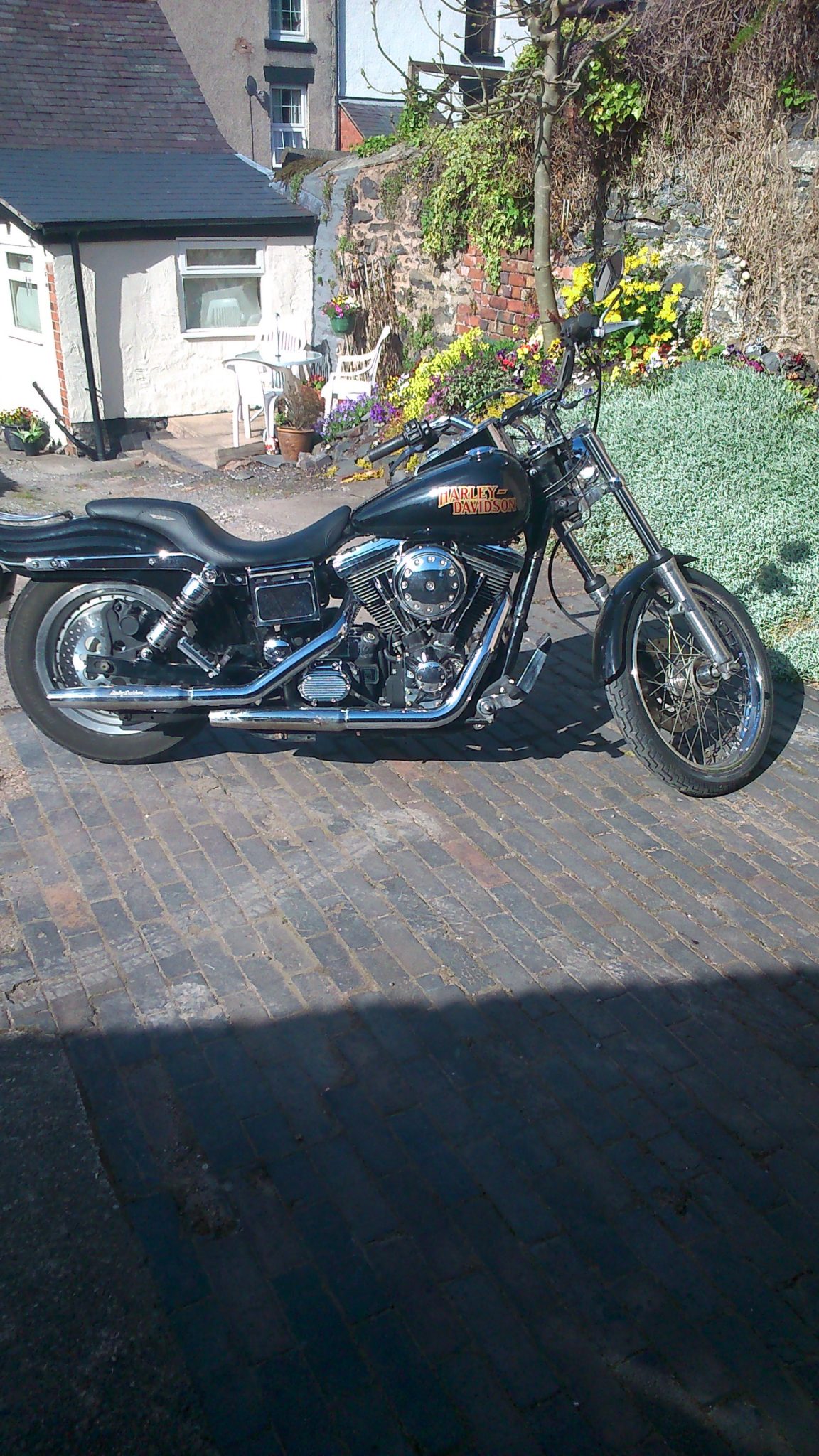 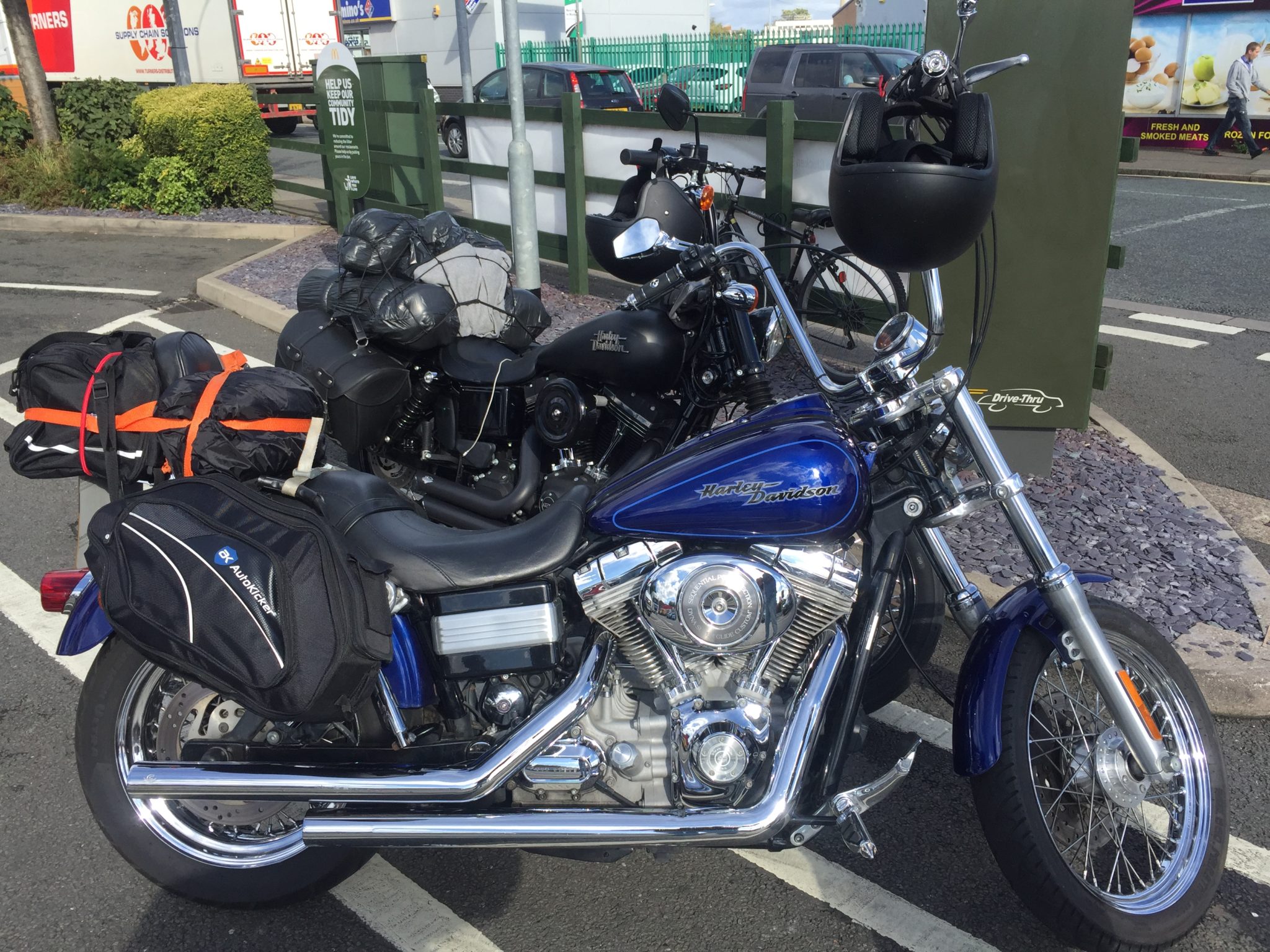 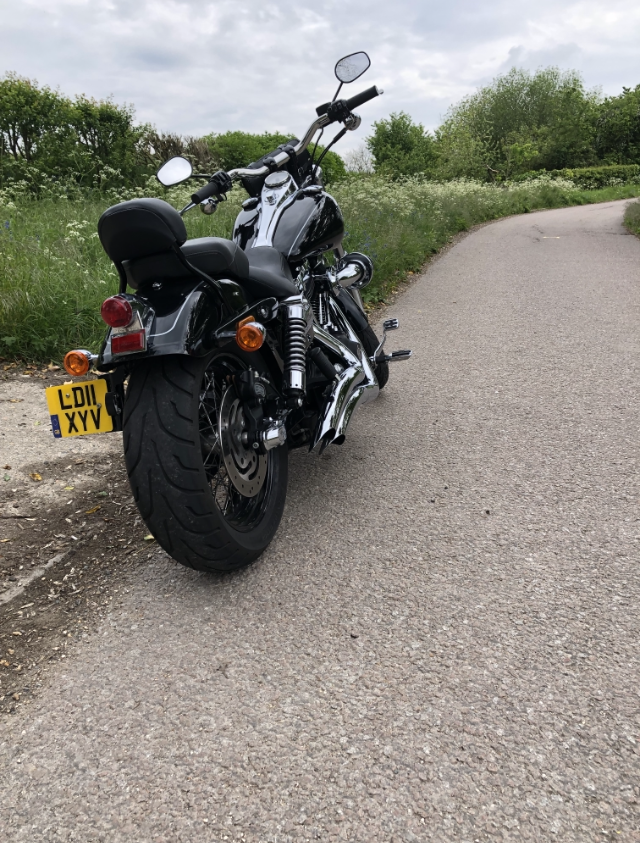 It’s a Harley. Excellent build quality, Harleys are expensive but you get what you pay for.

Heavyweight bike but easy to move around

I get 45miles to the gallon on a run

Ken Chennells 5 out of 5 stars

Love Harleys or hate them, mine does what it should, love it, that's why I bought it 15 years ago

Not for fast cornering

Richard Dunnan 3 out of 5 stars

The pros are it's a Harley the cons are the parts can be expensive apart from that it's a great all rounder. My bike is an all round ACE bike.

The only thing I have changed is the bars I have 16" hapes on it and it's makes a very easy ride because I don't get back ache from slouching as they keep me up right, the standard bars make you slouch

It handles very well in all weather, the weight is average and it corners just fine

The only thing I have changed is the bars I have 16" hapes on it and it's makes a very easy ride because I don't get back ache from slouching as they keep me up right, the standard bars make you slouch

The suspension is agricultural I would put some modern shocks on the bike disguised as standard Harley issue. I would upgrade the engine mount to an effective after market item to reduce the vibration. But hey that’s not why you buy a Harley!

Cost to run is reasonable and fuel consumption is around 40 miles per gallon, I don’t think that’s bad, also no congestion charge and no ULEZ charge when travelling to London.

One starting problem has not put me off, it has been incredibly reliable apart from that fingers crossed

Grip is good despite the thin front wheel brakes are good for stopping in a hurry just be aware of the weight.