Aprilia is owned by Piaggio, so it’s got access to a lot of scooter knowledge. And the Noale folks have put that to good use in the Atlantic 500 super-scooter.

Like most super-scoots, it’s a wee bit on the heavy side, but it’s also roomy, practical and quick. That means it can suit all types of rider – even the more hardcore folks out there.

It’s only got a 37bhp single-cylinder motor, so is a bit down on outright grunt compared with the twin-cylinder competitors from Suzuki, Yamaha, Honda and Kymco, which are nearer to 50bhp.

But there’s plenty of torque, and the Atlantic is more than capable of taking on a long commute or even light touring in comfort.

The seat is plush, there’s plenty of leg room, and there’s good wind and weather protection.

There weren’t loads of them sold in the UK (How Many Left shows fewer than 100) – so she’s a rare beastie.

That means used parts might be hard to find, while Aprilia dealers are also much rarer than the likes of Honda.

Nevertheless, if you fancy a trendy, unusual super-scoot, the Atlantic 500 is worth a look – if you can find one (search on eBay here!).

Check out the Aprilia Atlantic 500 in action… 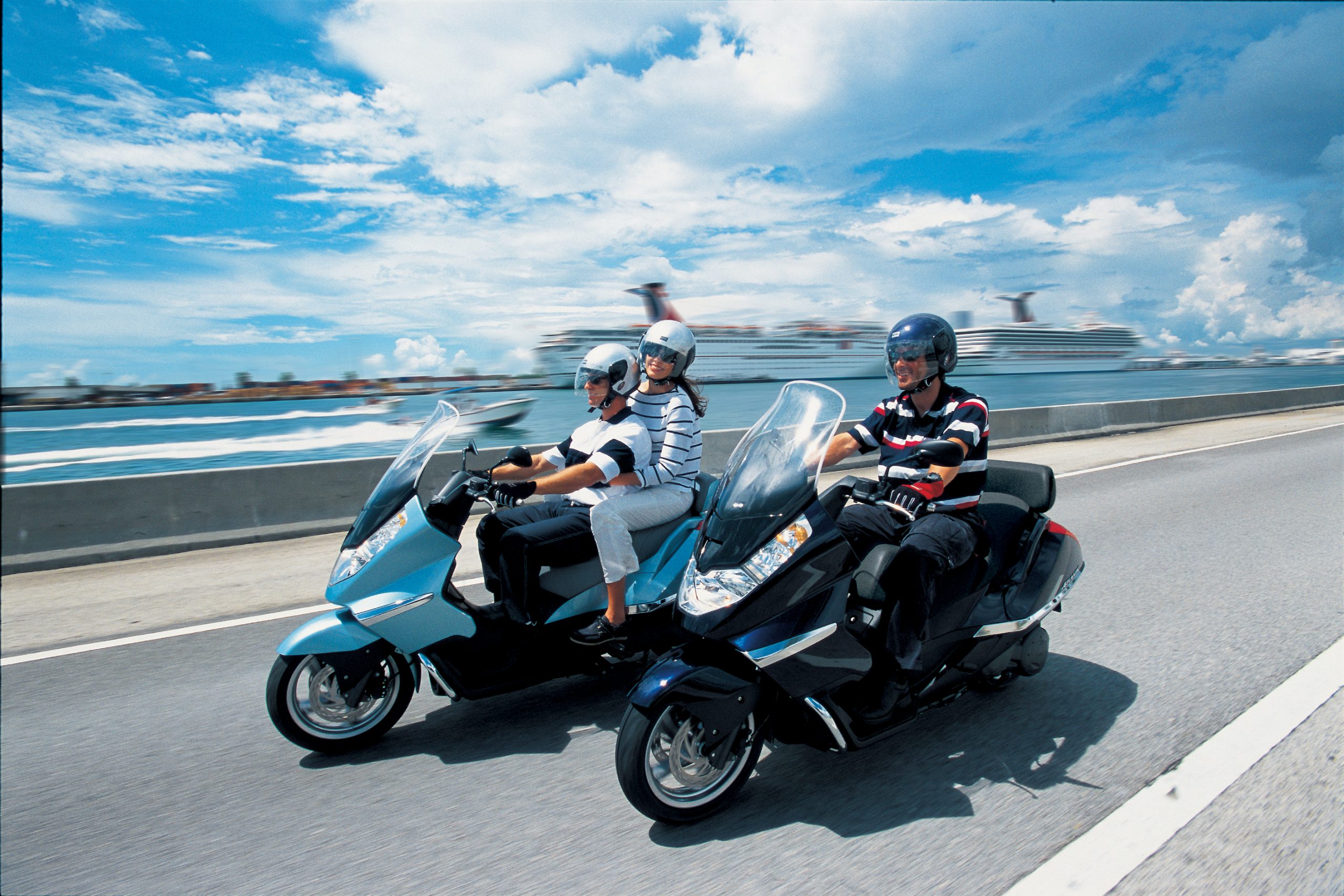 The loose nut between the bars and the seat!

So heavy it piles through corner with impunity!

Rattly Rotax engine never stops. You only worry if it goes quiet.

The loose nut between the bars and the seat!

I owned one, liked it but was real heavy, looked very, very nice, had excellent wind protection – I did like owning it.