First released in 1998, the new model of the Aprilia RS50 was introduced back in 2006, this updated version of the RS50 sport moped uses a 49.9cc D50B0 Derbi engine. It has been described as a sports bike for younger ages due to the combination of a small engine yet sporty, racer looking appearance. It appears very much like the RSV4 superbike, which is why it attracts so much attention from new and younger riders.

As Aprilia’s RS50 is only 50cc, it can be ridden by AM Licence holders, meaning riders aged 16 and upwards that have passed their CBT and practical test.

With the latest version boasting the largest storage compartment in its segment, the RS50 has continued to improve in all areas over the years.

Despite its impressive looks, the RS50 has been criticized for its comfort, the seat is not the softest, with frequent stops required if on a long ride.

There are many possibilities with the RS50 to really bring it to life, such as replacing the 50cc with a larger engine and increasing the power.

If you want the best 50cc in the market, this comes at a price. No doubt £2,549 is a lot for a bike in this category, however it is the king of bikes for a 16-year-old, you should save some money as the bike has 60mpg fuel consumption!

Check out the Aprilia RS50 in action… 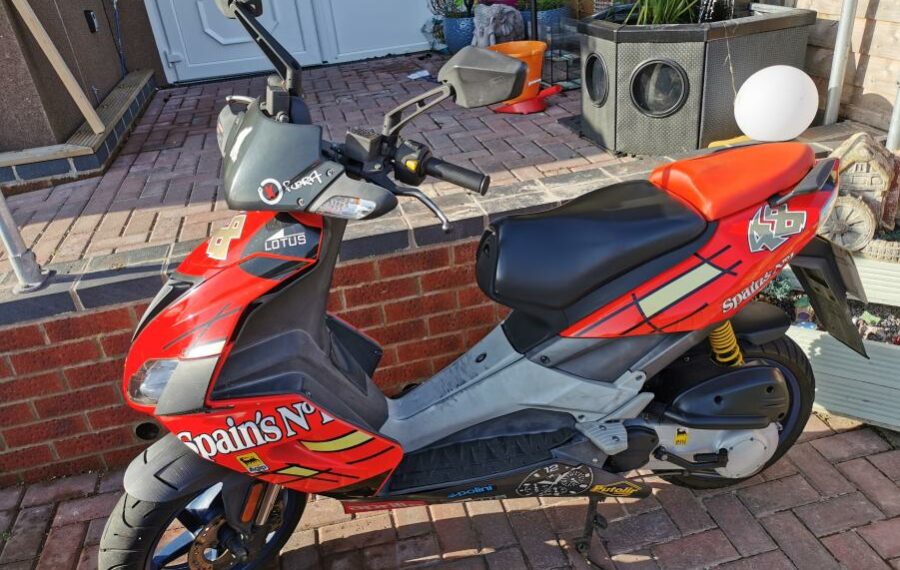 The bike is a cheap to run 50cc with good acceleration steering.

The bike is quite loud and heavy for a 50 meaning that it can be a pain to move without the engine and the kick-start douse not reset.

The seat is comfortable to sit on and the suspension is amazing too.

Bike is built well but is quite heavy for a 50cc so it can be a pain to move.

The suspension is good and the steering is good too.

For a 50cc the power is good and the two stroke sounds good.

It's a cheap to run 50cc will low petrol costs but 2 stroke oil is needed but is cheap to buy from most shops anyway.