Since 1949, no less than 113 solo World Champions have been crowned with the list reading like a veritable who’s who of the sport. However, not everyone can win the greatest accolade of all and many great names have ultimately missed out despite countless wins and podiums.

Some riders have won World Championships without winning a race, Manuel Herreros in the 80cc class of 1989, for example, whereas others have done the opposite. There’s no doubt that anyone who has become World Champion has deserved it but here’s our look at the ten greatest riders never to have been World Champion despite making every effort and sacrifice to achieve their goal.

German rider Waldmann has the unenviable record of winning more Grand Prix races (20) than any other rider without actually winning a World Championship and can consider himself unlucky to have been competing in an era against some of the greatest ever riders. He competed at the highest level from 1986 until 2002 and finished third in both the 1992 and 1993 125cc World Championships and should, perhaps, have won the title in ’92 having won three out of the first four races. His dip in form in the second half of the season though meant he rarely finished on the podium and was ultimately overhauled.

In 1994, he moved into the 250cc World Championship riding a factory Honda and he finished in the top three of the series every year between 1995 and 1997. 1996 and 1997 were his most successful years as he went head to head with, amongst others Max Biaggi, and it was the Italian who proved to be his nemesis as he finished runner-up to him in both 1996 and 1997 losing out by six and two points respectively. His final Grand Prix win came in 2000 and he retired at the end of the 2002 season with 20 Grand Prix wins and 50 podiums to his name.

Only the late Jarno Saarinen has claimed a World Championship for Finland but, without doubt, one of the best riders ever to have emerged from the Scandanavian country is Mika Kallio who did everything but win a world title. He competed in 125cc, 250cc, Moto2 and the MotoGP categories and claimed no less than 16 wins and 49 podiums in a career which sees him still active today, acting as test rider for the KTM MotoGP team.

A multiple Finnish ice champion whilst competing in road racing as well, his best years of competition came for the Austrian manufacturer as he finished second in both the 2005 and 2006 125cc World Championships and third in the 2008 250cc category whilst riding for them only missing out on the 2005 title by five points. His versatility was further proven when he took the runner-up spot in the 2014 Moto2 World Championship. He was less successful in his two full seasons in MotoGP but is certainly one of the best Finnish riders ever and one of the best not to become a World Champion.

Whilst Waldmann has won more races than any other rider without being World Champion, American ace Mamola has more podiums than anyone else without claiming a title. His GP career spanned 1979 to 1992, which was, arguably, the golden era of 500cc Grand Prix racing and with 13 wins and 57 podiums, he finished runner up in the premier-class Championship on no less than four occasions – 1980, 1981, 1984 and 1987 – as well as third twice in 1983 and 1986.

Riding factory machinery for Suzuki, Honda, Yamaha and Cagiva, the Californian was one of the most charismatic riders in the Championship and battled regularly with the likes of Kenny Roberts, Freddie Spencer, Eddie Lawson and Wayne Gardner and whilst he’s remembered for being a tough competitor and major talent, he’s ultimately recognised as being the perennial bridesmaid. 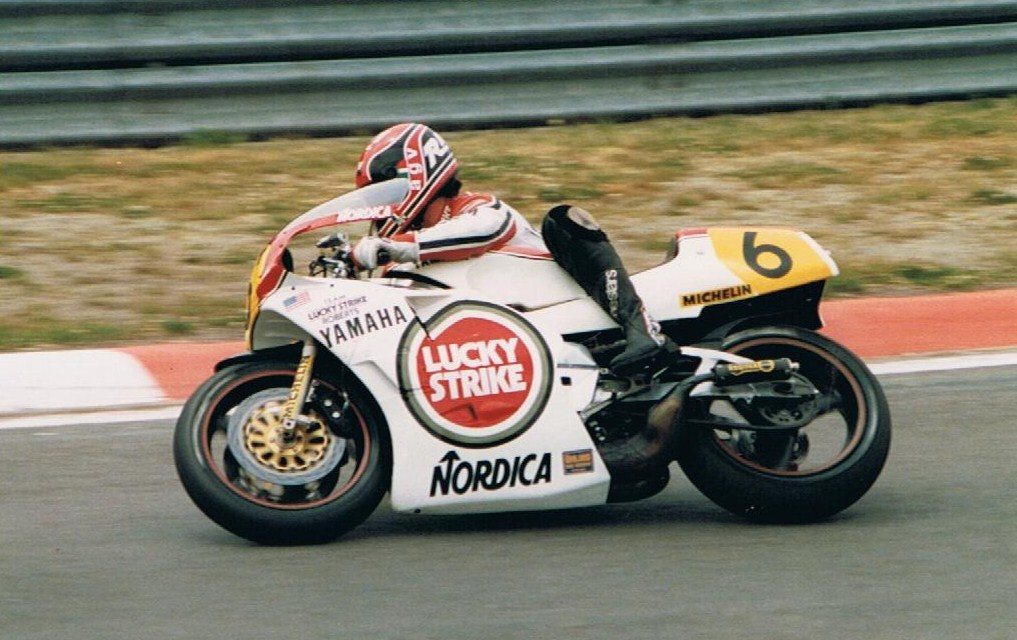 The 1990s saw a major influx of Japanese riders in the World Championship, particularly in the 125cc class, but whilst Kazuto Sakata and Haruchika Aoki became double world champions, the ever-smiling Noboru Ueda was incredibly unlucky to fall just short.

The bespectacled Ueda remained exclusively in the 125cc class and won 13 GP races, finishing second in both the 1994 and 1997 Championships. His GP career lasted from 1991 to 2002 and he battled with many of the small class greats, including Fausto Gresini, Jorge Martinez, Valentino Rossi and his aforementioned countrymen.

He was a spectacular rider who never failed to give 100% suffering a number of big crashes during his career but he endeared himself to many and was, arguably, one of the most popular 125cc riders of his generation.

Hansford had established a formidable reputation for himself before coming to Europe in 1978 having dominated racing in his native Australia and when he finally entered the 250cc and 350cc World Championships he was part of the official factory Kawasaki team. He had a tough team-mate to contend with in Kork Ballington and it was the South African who won both World Championships in ’78 and ’79.

Despite being considered too big for the small machines, Hansford finished second in the 1978 and 1979 250cc World Championships and third in the 350cc series both years and was seen as the ideal candidate to rider Kawasaki’s all-new 500cc machine. However, he was hit by a run of bad luck and after suffering serious injuries at the 1981 Belgian Grand Prix, he retired from two wheels and became a top class touring car driver in Australia. He lost his life in a crash at Phillip Island in 1995.

Another top class rider to emerge from Italy, Reggiani had a long and successful Grand Prix career that ran from 1980 until 1995 with his greatest success coming in the 250cc class but he fell agonisingly short of a world title on more than one occasion. He first came to prominence in 1981 when he finished second in the 125cc World Championship behind Minarelli team-mate Angel Nieto, winning two Grand Prix races that year. He then had two years in the 500cc class before dropping down to the 250cc series in 1984.

It was here where he had his best years and will always be remembered as the man who gave Aprilia their first Grand Prix win in 1987. Apart from 1989, when he rode a works Honda, he campaigned the 250cc V-Twin Aprilia every year between 1987 and 1993 and went on to finish second overall in 1992 and third a year later, regularly racking up podium finishes. He finished his career with two seasons leading Aprilia’s 500cc challenge and is now a highly respected commentator on Italian TV. 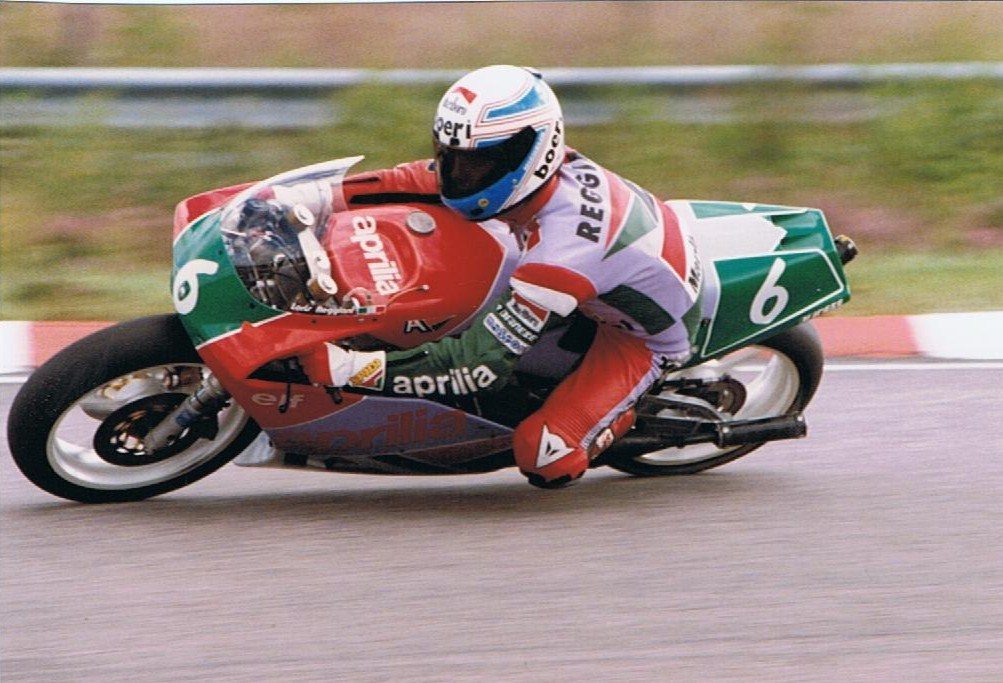 Having made his Grand Prix debut in 1964, Italian rider Pasolini went on to finish in the top three of the 350cc World Championship on four occasions, finishing second twice and third twice. Indeed, 1972 saw him finish runner-up in both the 250cc and 350cc World Championships when riding for Aermacchi having achieved his earlier success with Benelli.

He regularly took the 350cc fight to Giacomo Agostini and MV Agusta and although the 1970s saw him entering, arguably, the twilight of his career, he was riding better than ever and ready to challenge for the top spot again in 1973 with Harley Davidson. However, he tragically lost his life along with Jarno Saarinen in a multiple pile up at Monza in the 1973 Italian Grand Prix.

Rhodesian Ray Amm was one of the first of the colonial riders to make his mark on the 350cc and 500cc World Championships and whilst his career was unfortunately short, he made a significant impact on both. The hard-riding Amm came to Europe in 1951 and by the following year he’d become a fully-fledged member of the factory Norton team claiming his first GP win in the 1952 350cc Italian GP at Monza.

He took a brace of victories at the 1953 Isle of Man TT races, which helped him finished second in that year’s 350cc World Championship but he went better still in 1954 as he finished second in both the 500cc and 350cc World Championships. Snapped up for 1955 by the works MV Agusta team to take the fight to Gilera and Norton, Amm looked destined to have some great years ahead of him but, tragically, he crashed in his very first race for the team at an International meeting at Imola and lost his life when aged just 27.

Bob McIntyre may be remembered more for his exploits at the Isle of Man TT Races, where he famously became the first rider to lap the Mountain Course at more than 100mph in 1957, than on the world stage but the Scottish was undoubtedly one of the most talented riders to come from the British Isles in the 1950s and 1960s.

Opportunities on works machinery didn’t come that often for the tough Glaswegian but when they did he grabbed them with both hands, most notably in 1957 when he was recruited by Gilera to replace the suspended Geoff Duke, going on to finish second and third in the 500cc and 350cc World Championships that year.

He also took second in the 1962 250cc World Championship, when riding a works Honda, despite only competing in six of the 11 rounds – tragically, he lost his life in August that year in a National race at a rain-swept Oulton Park thus denying him the chance of a maiden World title and robbing the UK of one of its finest riders. 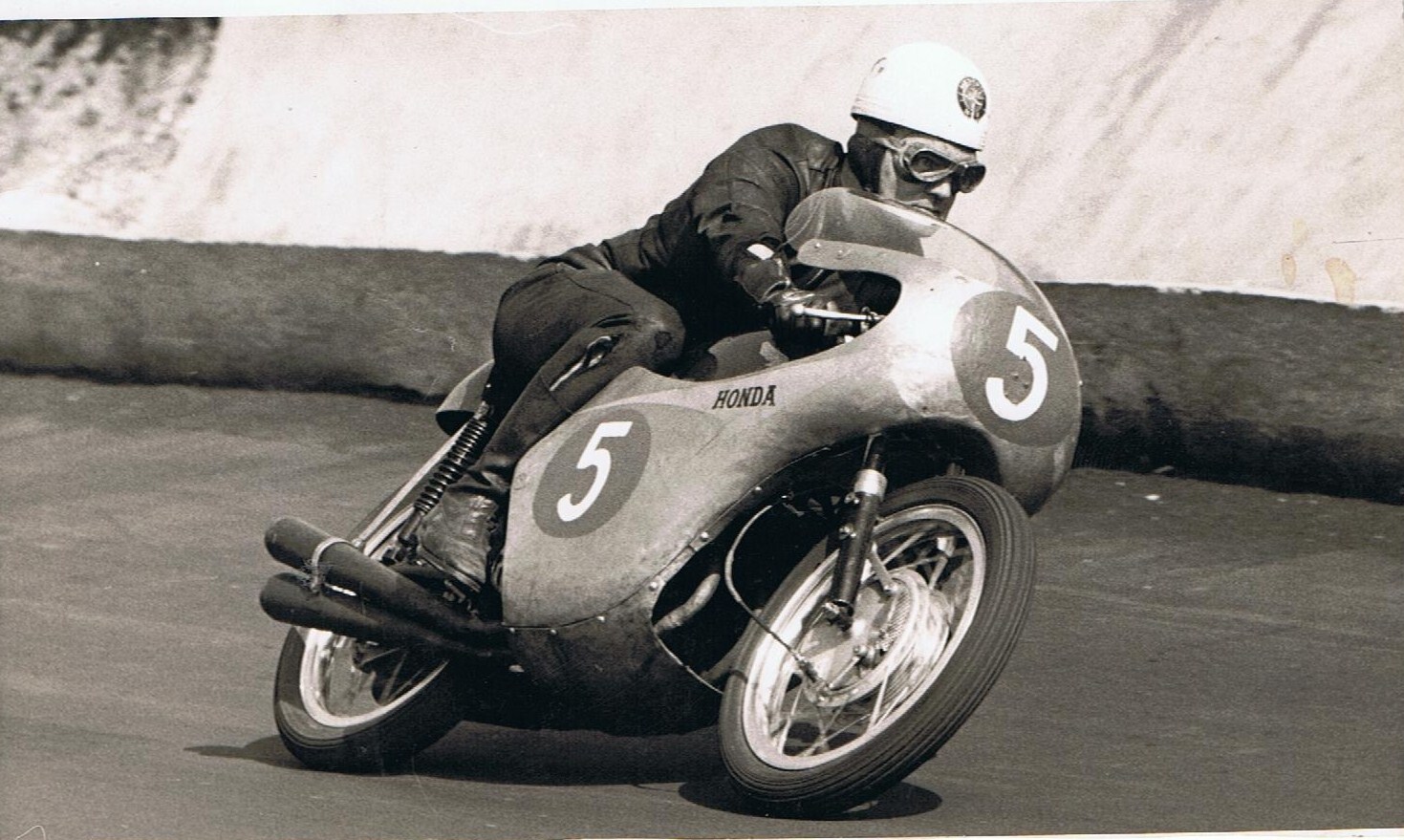 Another top class British rider from the 1950s and 1960s, Derbyshire’s Hartle rode factory machinery for Norton, MV Agusta and Gilera during a Grand Prix career that lasted from 1955 until 1968 and he finished in the top three of a World Championship on a staggering eight occasions, coming second overall twice and third five times.

His most successful years came with MV Agusta in the late 1950s when team-mate to John Surtees and whilst he won seven World Championships, Hartle ended up with none despite being, arguably, his fellow Englishman’s toughest rival. He only won five Grand Prix races but was on the podium more than thirty times with third overall also the outcome in the 1963 and 1967 500cc World Championships.

Unlucky to be competing against some all-time greats like Surtees and Mike Hailwood, Hartle’s final GP podium came in the 1968 500cc Ulster Grand Prix just before he sadly lost his life at that year’s Scarborough Gold Cup meeting. 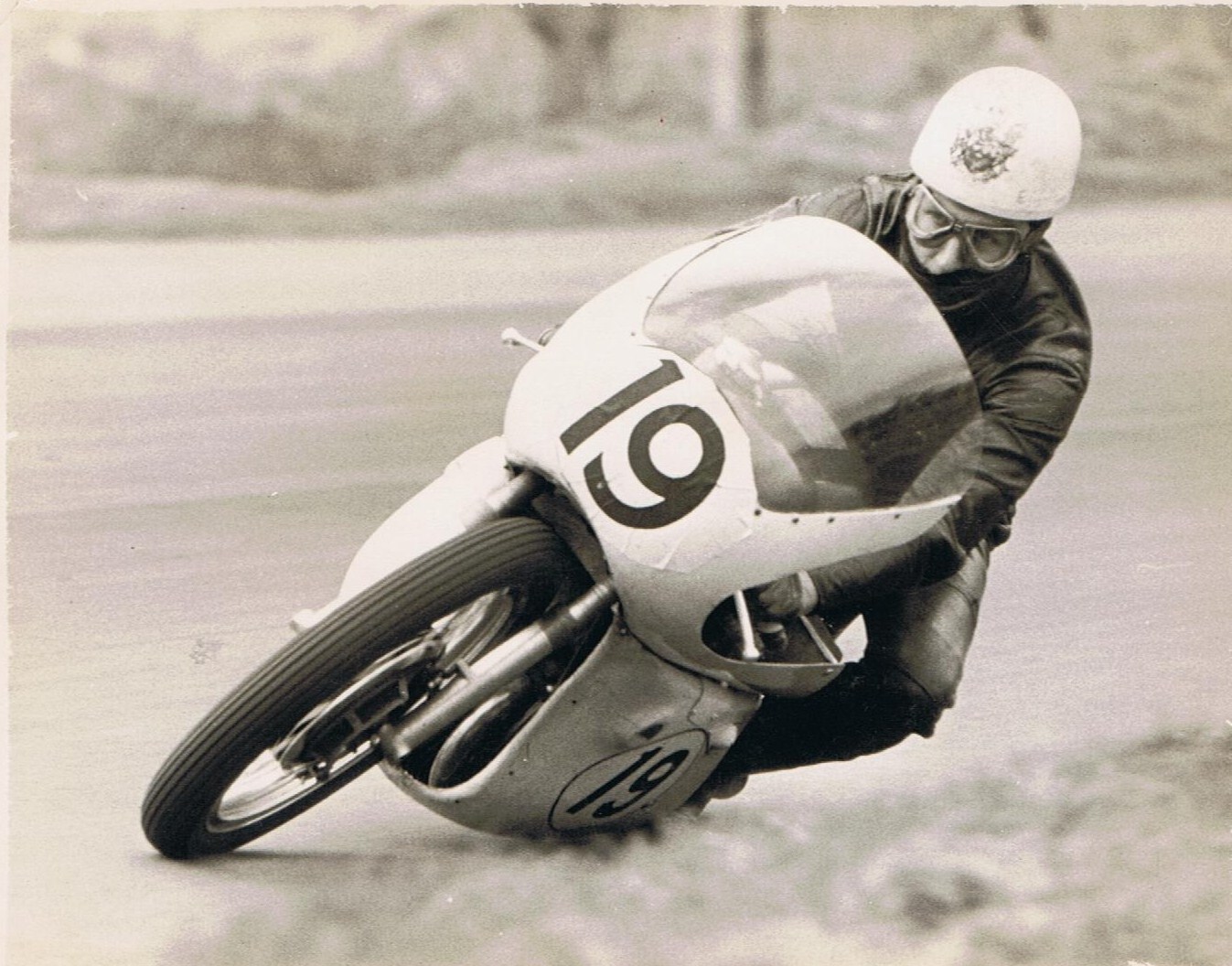 Worthy of a mention….

There are plenty other riders who challenged regularly for a World Championship without actually winning and just a few of those worth a mention are Pat Hennen, Santiago Herrero, Reinhold Roth, Tadayuki Okada, Chas Mortimer, Ezio Gianola, Tepi Lansivouri and Reg Armstrong.

"good all round service"