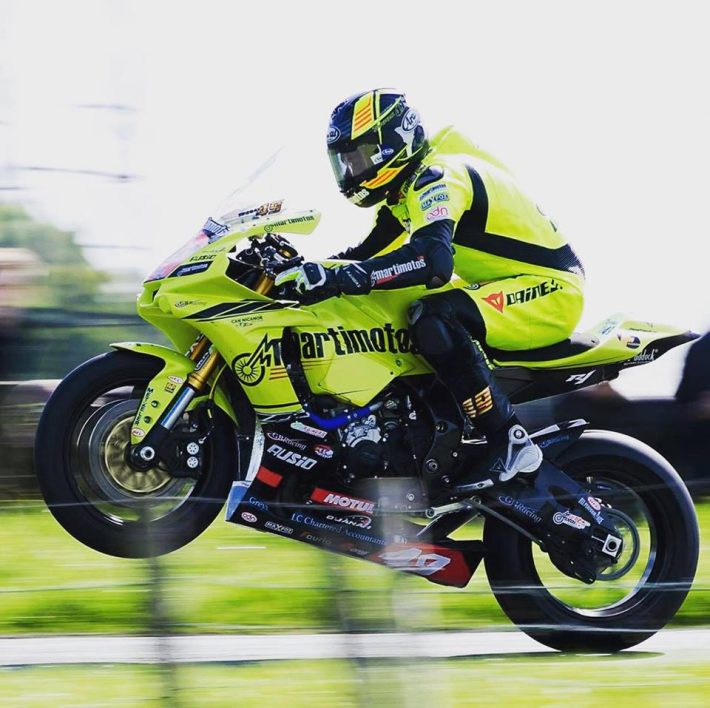 “I started racing MX in 1996, because I started work and I had the money. There was no tradition in motorbikes in my family so I had to start by myself, without help. In the first few months I had to keep the MX bike & gears at a friend’s house as my father would have been very disappointed if he knew. After some months, my parents were divorced, and I was able to let them know.”

“Kevin Schwantz; he used to say “I start braking when I see God”.” 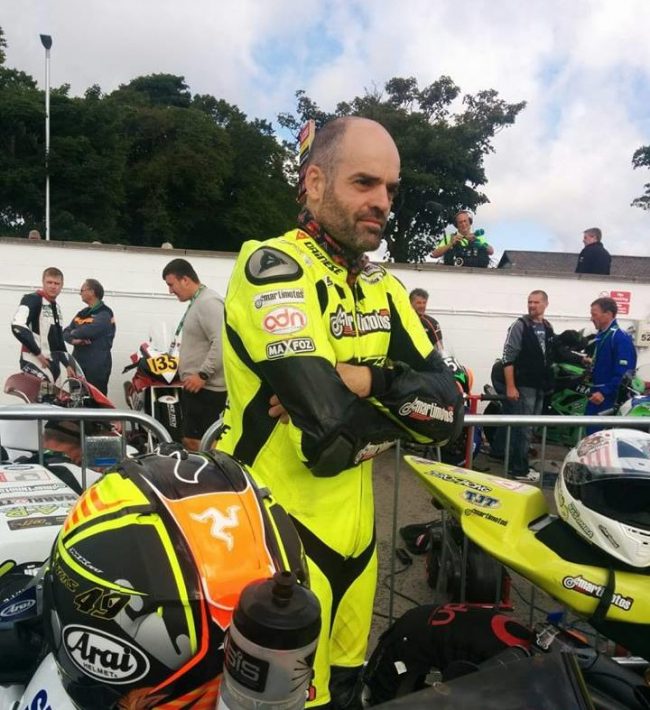 “Winning the 24 hour SBK endurance race of Catalunya (2012), just 3 months after “destroying” my left foot in a MX test in which I needed two lots of surgery.”

Raül’s first appearance at the Isle of Man came in the 2016 Manx Grand Prix, where he placed 6th in the Newcomers A race and 23rd in the Senior MGP. This saw Torras take the step up to the TT the following year, making him the first Spaniard to race at the TT since Antonio Maeso in 2013. It was a more than successful first time appearance at the TT as he finished all three of his races – 29th in the Senior, 30th in the Superbike and 33rd in the Superstock – winning a bronze replica in each.

He returned to the island later in 2017 for the Classic TT but he was forced to retire from the Superbike race due to mechanical issues.

A very consistent year at the 2018 Isle of Man TT saw Torras complete every race he competed in. His highest finish impressively came in the Senior TT where he placed 18th, riding the 2016 Yamaha R1. With an average speed of 121.827mph and total race time of 01:51:29.556, it was a superb effort from the Spaniard in the week’s feature race.

Another great showing came in the Superbike encounter where Raul came in 22nd place; again riding the 2016 Yamaha R1 around the Mountain Course. His other top 30 finish was in the Superstock TT, where he crossed the line over 12 seconds faster than Frank Gallagher to claim 26th place.

Raul also managed 36th and 35th place in the Supersport 1 and Supersport 2 races respectively which meant he won five bronze replicas from his five races. And having bettered Maeso’s speed in the Superbike race, Raul lapped quicker as the week wore on and the Senior race saw him set a new personal best lap of 124.249mph to cement his status as the fastest Spanish rider ever to have lapped the 37.73-mile Mountain Course.

Prior to the TT, he made his third appearance at the North West 200 and took two top twenty finishes with 19th in both the Superstock and feature NW200 Superbike races with further finishes coming in the two Supersport encounters in 24th and 29th.

He went on to make his debut at the Ulster Grand Prix in August and enjoyed an excellent day with 14th in the Superbike race and 16th in Superstock whilst he immediately broke the 120mph barrier around the Dundrod course ending with a personal best lap of 124.707mph.

Torras headed to the Macau GP for the first time in 2018, but unfortunately he was unable to race due to sustaining a head injury at the Mandarin Oriental Bend during the free practice on the Thursday morning.

Raul opened his season once more at the North West 200 with his first result coming in Thursday evening’s Superstock race where he placed an impressive 19th place. That proved to be his only finish of the meeting as he sat out Saturday’s schedule which saw many riders do likewise due to the wet weather.

Onto the TT and Torras impressed in the Supersport TT 1 race in which he placed 29th with an average speed of 116.305mph riding a Yamaha. In the Supersport TT 2 race he managed 33rd, with a faster average speed of 116.948mph. In the other race he competed in he placed 41st in the Superbike encounter which was won by Peter Hickman. An incident during a practice session saw him hit by another rider and although he didn’t crash, it left him with an arm injury which meant he wasn’t able to start the Superstock or Senior races.

He was back in action at the Ulster Grand Prix, taking 31st place in the opening Superbike race but he improved considerably in the two other ‘big bike’ races with 19th and 22nd place finishes.

“Isle of Man TT and the Mountain Course, of course! It’s awesome!” 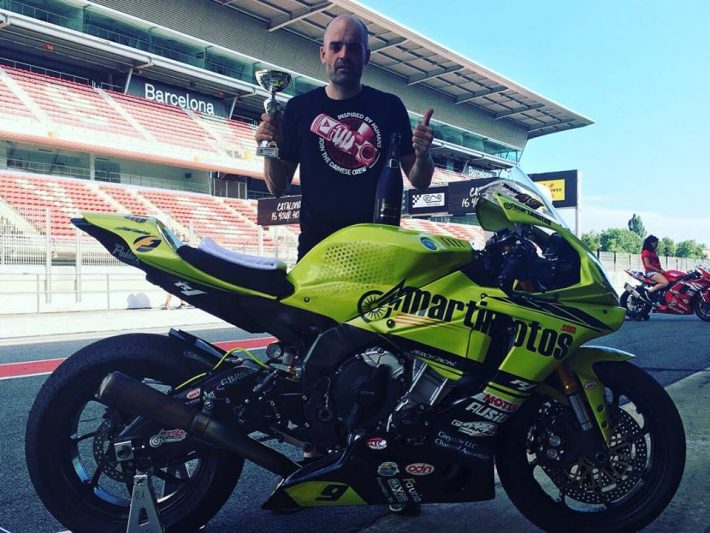 Everything You Need To Know About Motocross UK