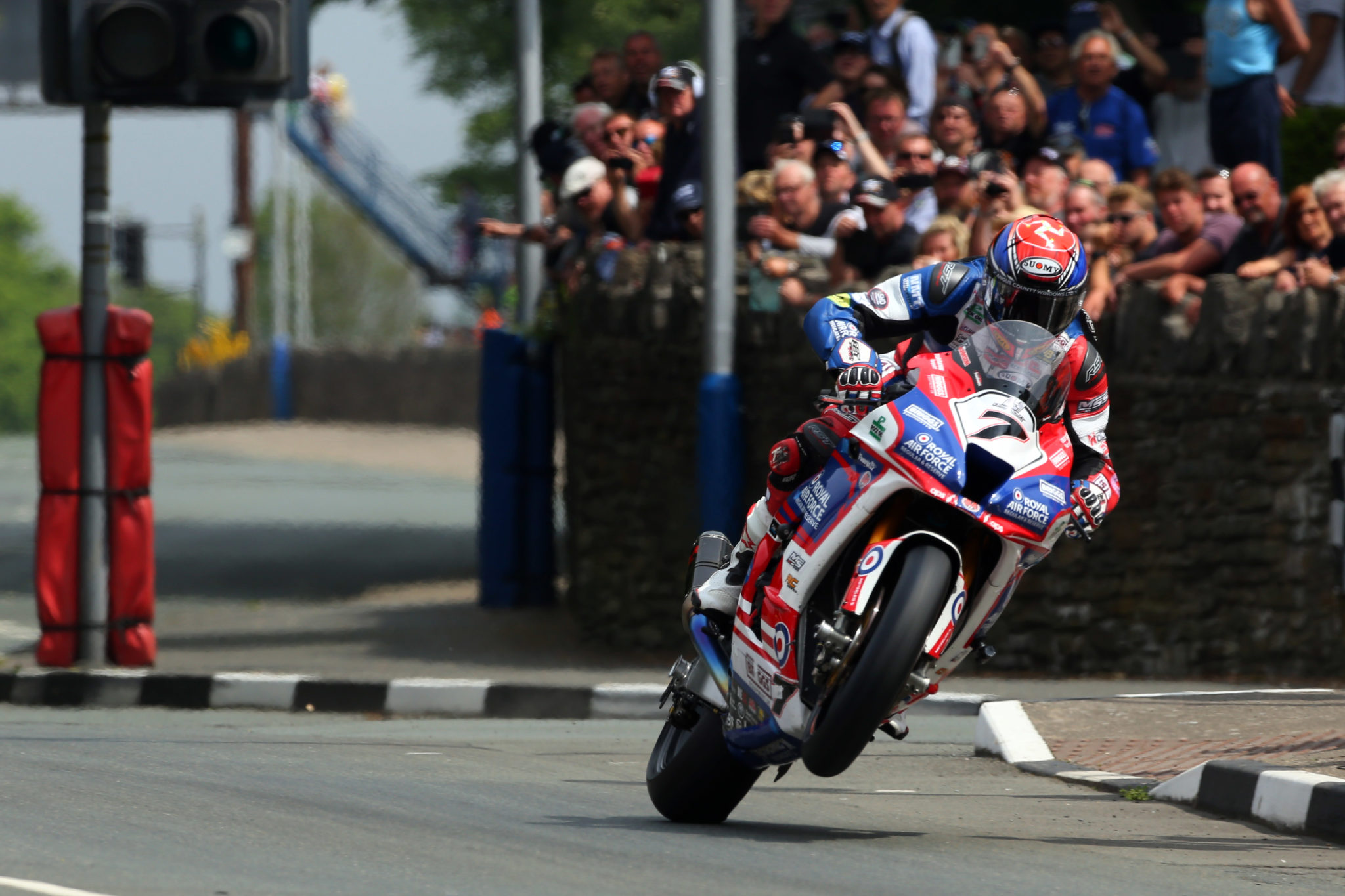 Like many before him, Gary’s career started in motocross and numerous schoolboy championships were taken before he finally switched to the tarmac with his first outing coming at his local Cawell Park in 2003.

He was soon dominating club races at the venue especially when he moved into the Supersport class and it didn’t take him long to progress to national level. Indeed, he made a more than favourable impression right from the start when he won the 2004 MRO Supersport 600cc Championship at his first attempt.

It paved the way for a move into the British Supersport Championship and despite his relative lack of experience Gary was again immediately successful, winning the 2005 Supersport Cup which ran alongside the main Championship, a race within a race if you like. He also scored 20 points in the feature Championship, finishing inside the top 15 at seven of the 13 rounds.

The short circuit success in 2004 and 2005 should have seen Gary make further strides forward in the Supersport class but the combination of a lack of finance and a serious back injury meant he missed almost 18 months of racing with only occasional outing. He returned in 2007, still not 100% fit, and his career took a new direction when he contested the International road races for the first time riding a standard Yamaha R1.

The Lincolnshire rider immediately clicked with all of the venues and, after taking a brilliant top ten finish in the North West 200 Superstock race, he made a similarly impressive debut at the Isle of Man TT. Three top twenty finishes were taken, including a best finish of 12th in the Superstock race and with a fastest lap of 122.859mph he became, at the time, the third fastest newcomer ever to have lapped the 37.73-mile Mountain Course.

Over the next few seasons, Gary combined both short circuit racing and road racing and two seasons with Uel Duncan Racing in the latter saw him leap up the leaderboard at the International road races. After taking four top six finishes at the 2008 TT, he took his maiden podium around the Mountain Course with third place in the 2009 Senior TT race. He was also on the podium for the first time at the Ulster Grand Prix, taking a close second to Guy Martin in the 2009 Superbike race.

However, his defining moment that season came at the TT when, having finished third in the opening Superbike race and breaking the 130mph barrier for the first time, he won the second Supersport race.

He was on the podium again at the Ulster Grand Prix and completed the set at the North West 200 in 2013 when he finished third in the Superstock race. He went one better at the TT when, after leading for much of the race he finished a close second to Michael Dunlop in the corresponding race.

Meanwhile, he was consistently chalking up the results at the Macau Grand Prix and after finishing in the top five every year between 2009 and 2012, he finally stood on the podium in 2013 when he finished third behind Ian Hutchinson and Michael Rutter.

A brace of podiums were taken at the 2014 North West 200 and he then went on to claim his second victory at the Isle of Man TT races with another win coming in the Supersport category. A crash later that week left him with serious arm and back injuries but he was back in the saddle in time for Macau where he took another strong finish in fourth.

A move to Kawasaki in 2015 didn’t quite pay dividends and the following two seasons saw Gary has run his own team again, taking five top ten finishes at the 2016 TT event where he recorded his quickest lap to date of the Mountain Course at just under 131mph.

After mixed fortunes in both 2016 and 2017, Gary joined the highly professional RAF Regular and Reserve team for 2018 and he was immediately back at the sharp end of the leaderboard. Indeed, riding a Kawasaki ZX-10R in the Superbike and Superstock classes and a 675cc Triumph in the Supersport category, the Lincolnshire ace had a strong North West 200, finishing in the top 10 in five of the six races.

Gary said following the NW200 that lap times and getting to know the bike before the TT was more important to him than positions and the successful week definitely set him up nicely for the Mountain Course.

Johnson followed this up with another three top 10 finishes at the Isle of Man TT. The highlight of his week came in the Senior where he took a strong sixth place on the Kawasaki ZX-10R, also lapping in excess of 130mph once more. 7th in the Supersport TT 1 and 8th in the second Supersport race rounded off a week of solid performances for Gary although DNF’s in the Superstock and Superbike races would prove frustrating.

Out of luck at the Classic TT, the rider from Broughton capped the year with another fine performance at the Macau GP. Riding the Lee Hardy Racing/Briggs Equipment/RAF Reserves Kawasaki once more, Johnson maintained his fine record of never finishing outside the top 5 in Macau since 2009 – with the exception of 2016 – with a good performance which saw him take fifth place. He was less than a second behind 4th placed Danny Webb when the race was cut short due to a crash involving Phil Crowe and Ben Wylie.

Gary continued with the RAF Regular & Reserve Kawasaki team in 2019 and after a good pre-season of testing, he was confident about his chances at the International road races. However, his preparations were undone at Oulton Park at the beginning of May when he crashed heavily after a rider in front of him slowed suddenly and left him with nowhere to go.

It left him with nasty knee and leg injuries which made it both difficult and painful to move around on the bike. Just over two leeks later though, he was back in action at the North West 200 where 8th in the opening Supersport was his best result.

Johnson then went on to put in a number of fine displays at the Isle of Man TT, claiming five top 10 finishes and rounding off a successful week with an 11th placed finish riding a Kawasaki in the Senior TT. His best results came in the Supersport TT 1 and Lightweight races, riding for KMR Kawasaki in the latter, where he placed 7th in races won by Lee Johnston and Michael Dunlop respectively.

Other top 10 performances came in the Supersport TT 2 race where Gary came 8th, the Superbike TT where he placed 9th and the Superstock encounter in which he crossed the line in 10th.

He was again forced to retire in the Superbike Classic TT race when holding onto a leaderboard position but concluded his season at Macau when, riding as team-mate to Lee Johnston at Ashcourt Racing BMW, he finished in a solid eighth in a race that was declared a result after just one lap.