What does MV stand for? Meccanica meaning Mechanics and Verghera was the hamlet where the first MVs were made.

The birth of MV Agusta came from the Agusta aviation company formed by Count Giovanni Agusta in 1923. After the Counts death in 1927, the company was left to his wife and his four sons; Domenico, Vincenzo, Mario and Corrado.

Vincenzeo and Domenico formed MV Agusta at the end of the Second World War as a way of saving jobs at the Agusta firm. It was the perfect plan as there was a high demand in cheap, efficient transport post war.

The main style manufactured by MV Agusta took on a cafe-racer style (125 – 150cc) up until the 1960’s, after that the focus was shifted on larger capacity machines in limited quantities due to the decline in sales of smaller motorcycles. 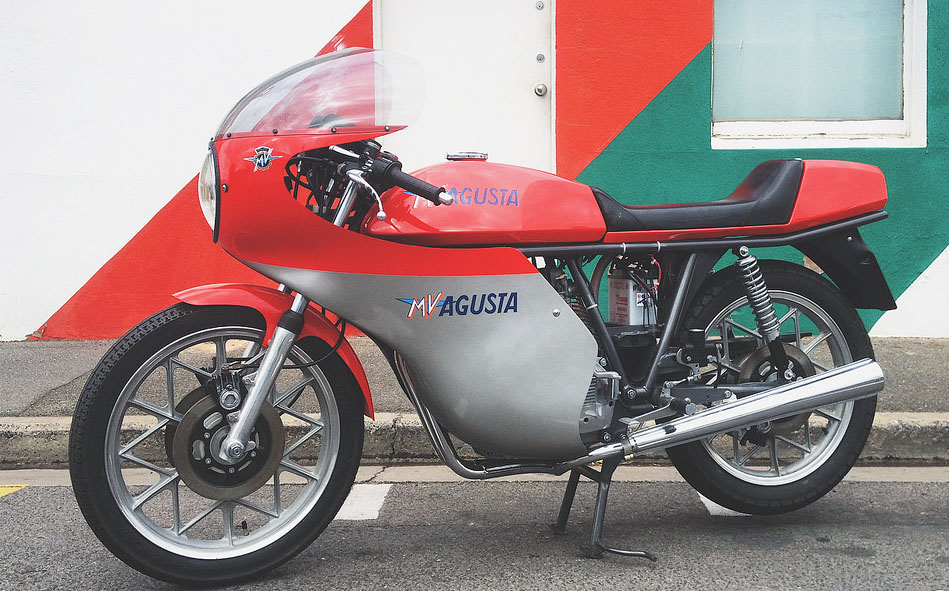 No expense was spared by MV Agusta when it came to the racing world, wanting to produce the best machines and teams for all races.

In 1948, Franco Bertoni entered the Italian Grand Prix riding an MV Agusta 125cc two-stroke single. Successfully winning the event in Monza put MV Agusta instantly on the map as a new motorcycle manufacturer. The manufacturer dominated all classes during 1956 and won in all class simultaneously during 1956, 1958, 1959 and 1960.

Like many other Italian manufacturers, MV Agusta also tried their hand at the Isle of Man TT in the famous Tourist Trophy. There were a string of successes throughout the years for MV Agusta, who won the Tourist  until the early 1970’s. 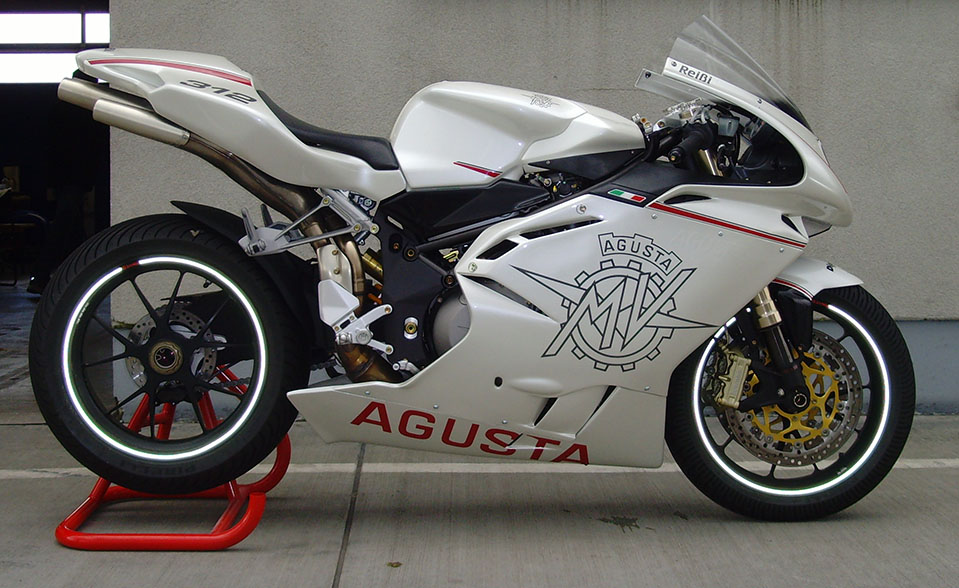 One of MV Agusta’s high-performance motorcycles capturing emotion, performance, speed and impeccable design. Fitted with a short-stroke inline 4-cylinder engine and one of the most advances electronics packages with Ride-By-Wire and four engine maps (Normal, Sport, Rain).

It’s stunning design and amazing features will leave any biker refusing to get off.

A top notch design and build by MV Agusta, and it can sure pack a punch! The power-to-weight ratio is outstanding letting the engine dominate the machine.

Sharing some similarities to the 675 such as the inline three-cylinder engine, however changes include: new pistons, conrods, crankshaft and an extra disc in the clutch.

It’s not a cheap bike by MV Agusta, coming in around £10,000 however you’ve got guaranteed reliability, style and speed.