Smaller bikes might not be as sexy as full-bore superbikes – but they’re essential for any firm looking to expand its market. They get newer riders into the dealership, offer a cheaper way into ownership and a new middleweight engine and chassis foundation can be used in a whole new range of machines.

Aprilia’s been doing that recently with its just-launched RS660. And now, Triumph is doing the same thing with a new 660cc triple engine, in a budget, entry-level roadster, the new Trident 660. It’s aimed at the likes of Yamaha’s MT-07, Kawasaki’s Ninja 650 and the aforementioned Aprilia, with an all-new three-cylinder engine, basic roadster chassis and semi-retro looks.

The heart of the bike is the new engine, which sticks with Triumph’s triple layout, albeit in a smaller capacity than the current range. It’s got echoes of the old 675 motor, with the same 74mm bore and a shorter stroke, but the firm claims it’s an all-new lump. It’s not super-powerful, putting out around 80bhp, which puts it above the MT and Ninja, but a bit below the more sporty 100bhp Aprilia motor. Wet weight is low, just 189kg, and that should add to the general sprightliness.

The chassis is built around a steel tube frame, with decent quality Showa suspension and Nissin sliding caliper front brakes. Surprisingly, the swingarm is also steel rather than the more usual aluminium. Overall, the chassis looks like fairly steady road bike fare, and should be more than up to coping with the engine output. The electronic rider aids are a notch above the usual standards too: a colour TFT LCD dashboard, rider power modes switchable traction control and ABS. It’s also capable of Bluetooth integration, GoPro control and satnav connection.

You’ll be able to make your own mind up about the styling, but we’re not totally sold. It has echoes of the old Street and Speed Triples, which is good, but the old-style tank badge and knee grip area looks a bit fussy to us. The price is good though – starting from £7,195, which is about £500 more than the MT-07. That’s a fair price for the extra performance and three-cylinder lump we’d say.

The new Trident won’t be the last we’ll see of this new motor we’d say. At the very least, we’d expect posher variants of the Trident with nicer chassis kit and more power (aimed at the Aprilia perhaps)… 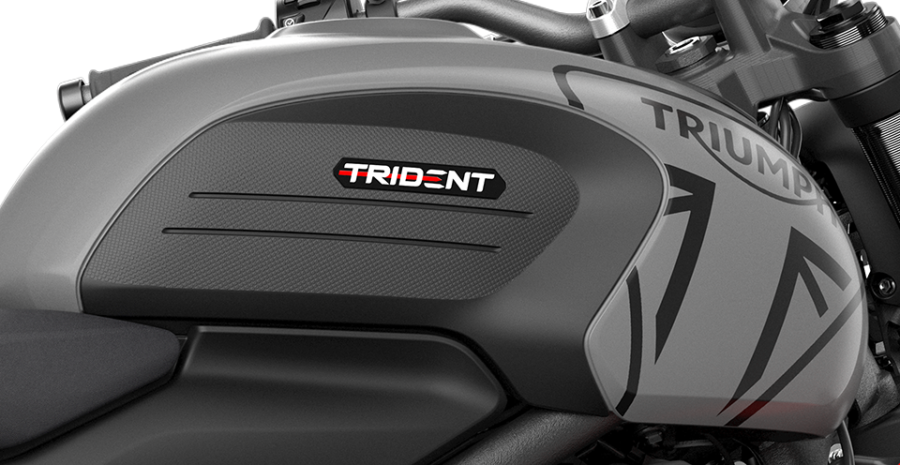 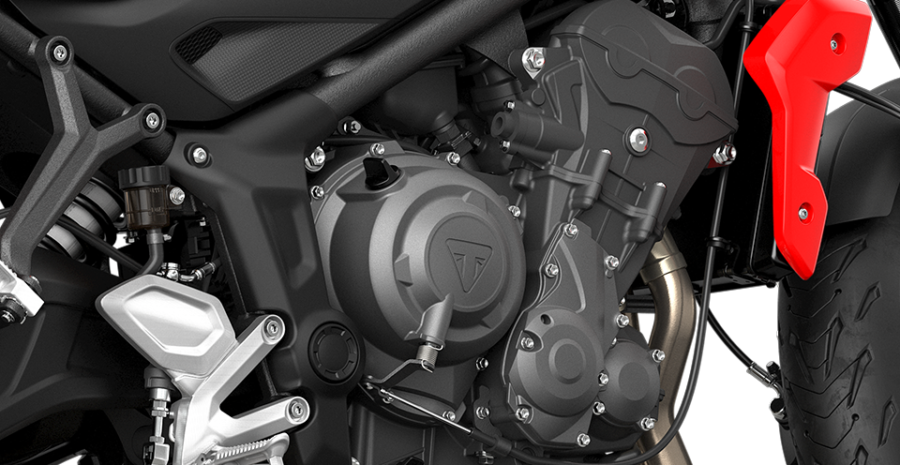 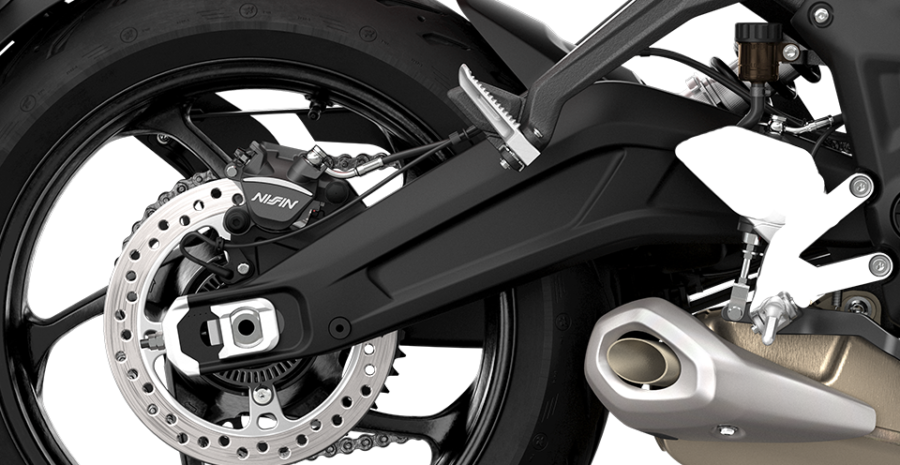 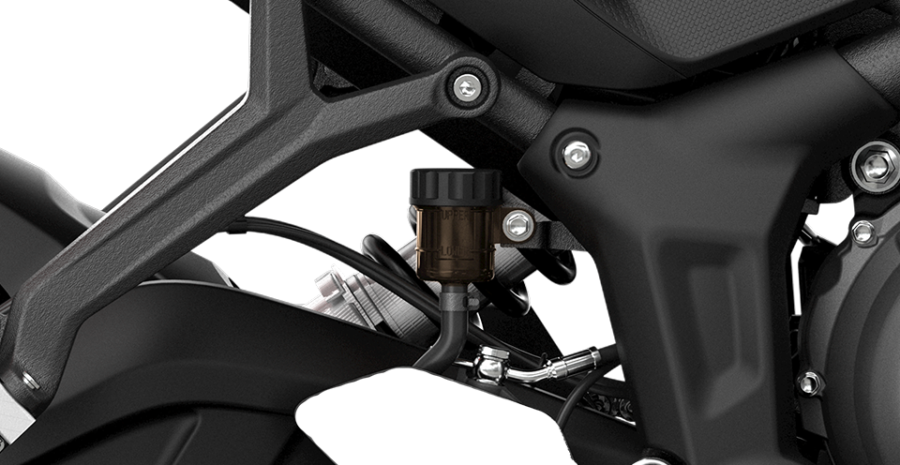 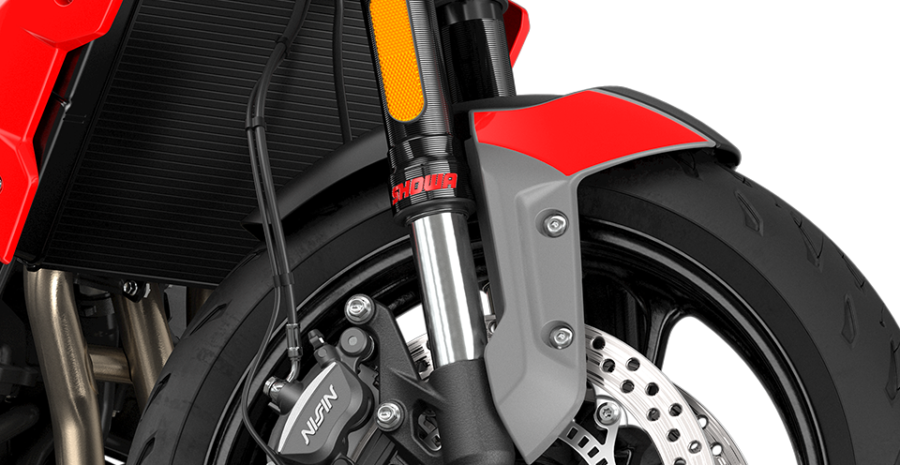 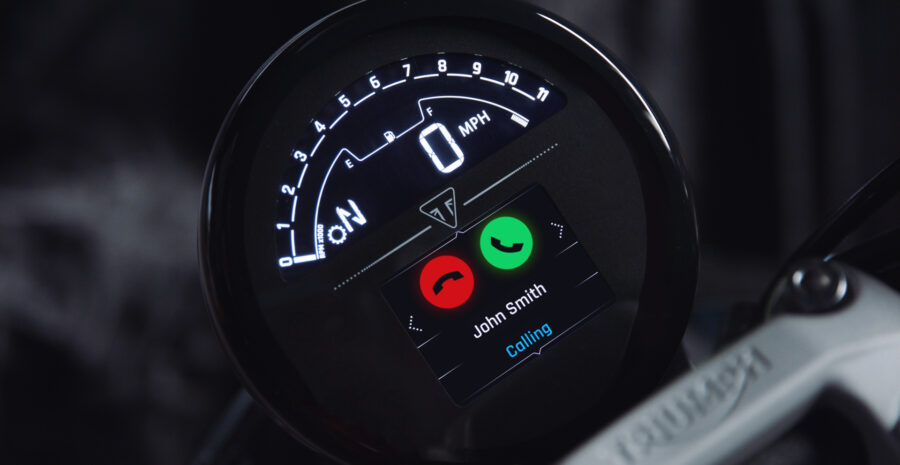 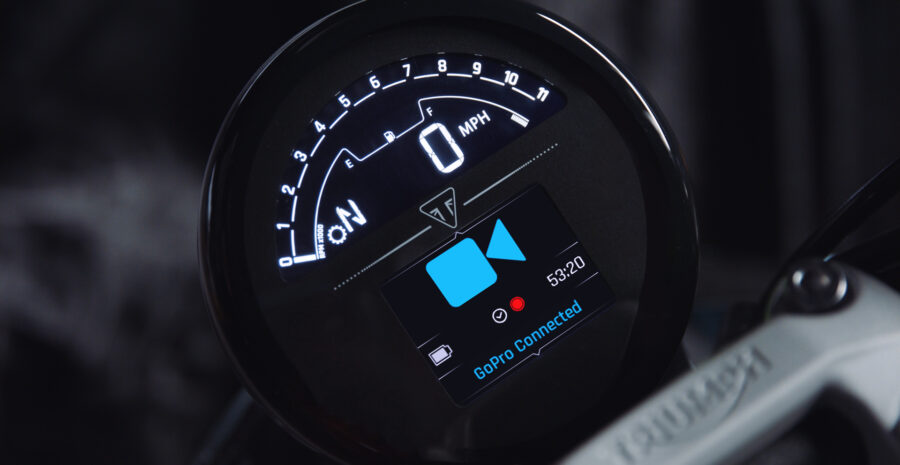