The 2019 British Superbike Championship reached its half way point at Snetterton at the weekend and it could well prove to be a pivotal meeting as Scott Redding dominated proceedings from start to finish to strengthen his lead at the top of the title table.

It was another reminder to the opposition that he’s the man they have to beat and whilst they won’t be getting worried just yet, they all know they have work to do.

Fastest in every practice and qualifying session, Redding put in two serene performances in the races to make it six wins for the year so far and the Be Wiser Ducati rider is proving what a class act he really is.

When he was struggling to score points in MotoGP last year, a lot of talk was of him being washed up and that he’d have no chance of conquering BSB with its unique circuit layout and series characteristics. Those theories have been despatched with very quickly by the 26-year old and the outcome of the Snetterton races never really looked in doubt. 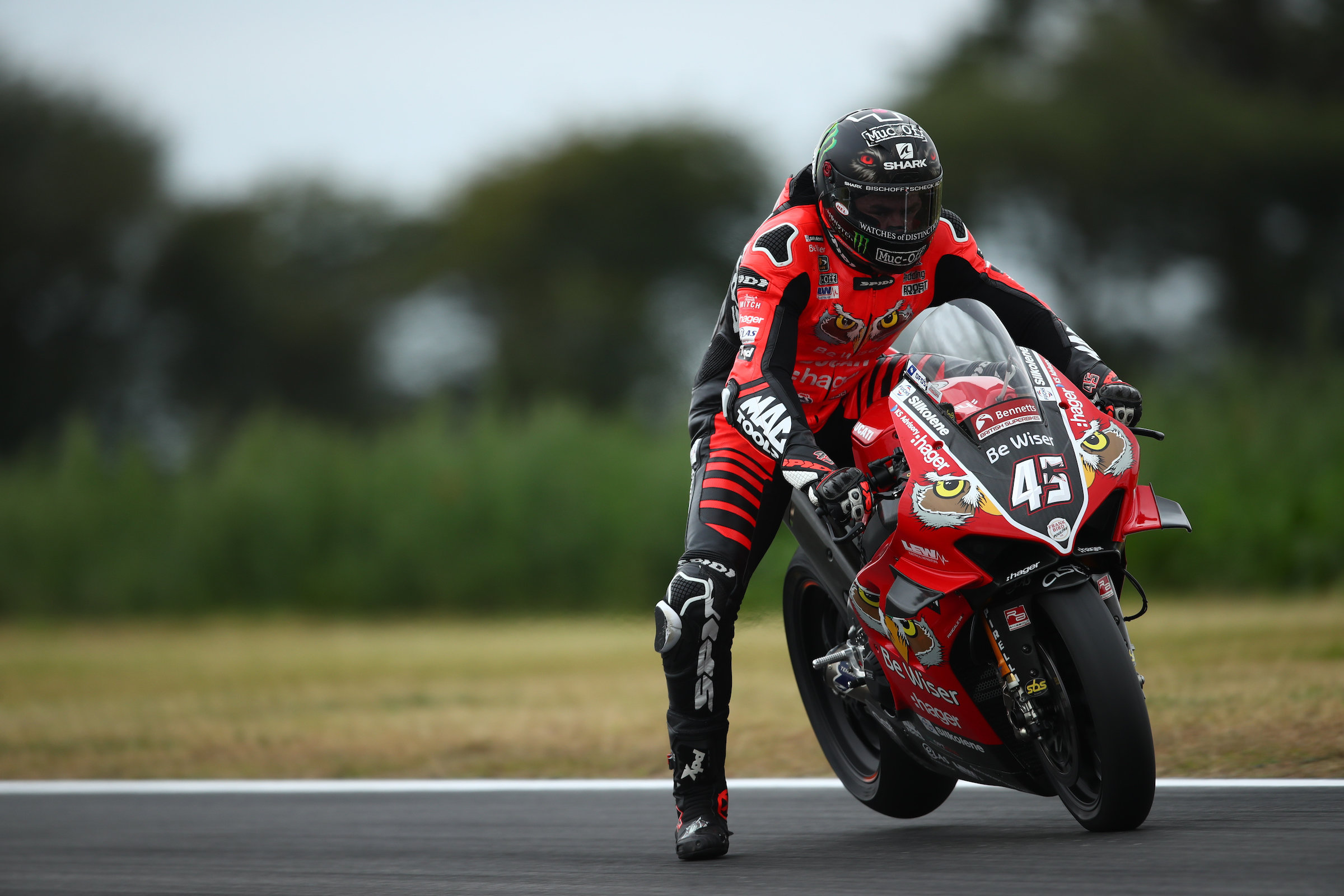 After a disappointing, by his own high standards, meeting at Knockhill when he took fourth and eighth, Redding’s team-mate Josh Brookes was looking to bounce back at Snetterton, a venue that has traditionally been good to him and where he took his first BSB podium back in 2009.

However, whilst he ended the weekend with two good second place finishes – which means he now only has nine less podiums credits than Redding – he admitted he needs to find something extra if he’s to start getting the better of him.

As things stand at the moment, Redding appears to be able to get the Ducati Panigale V4R more quickly dialled in to each circuit and Friday’s free practice sessions at Snetterton saw Brookes considerably off the pace as he again struggled to get the front end feel he needed. 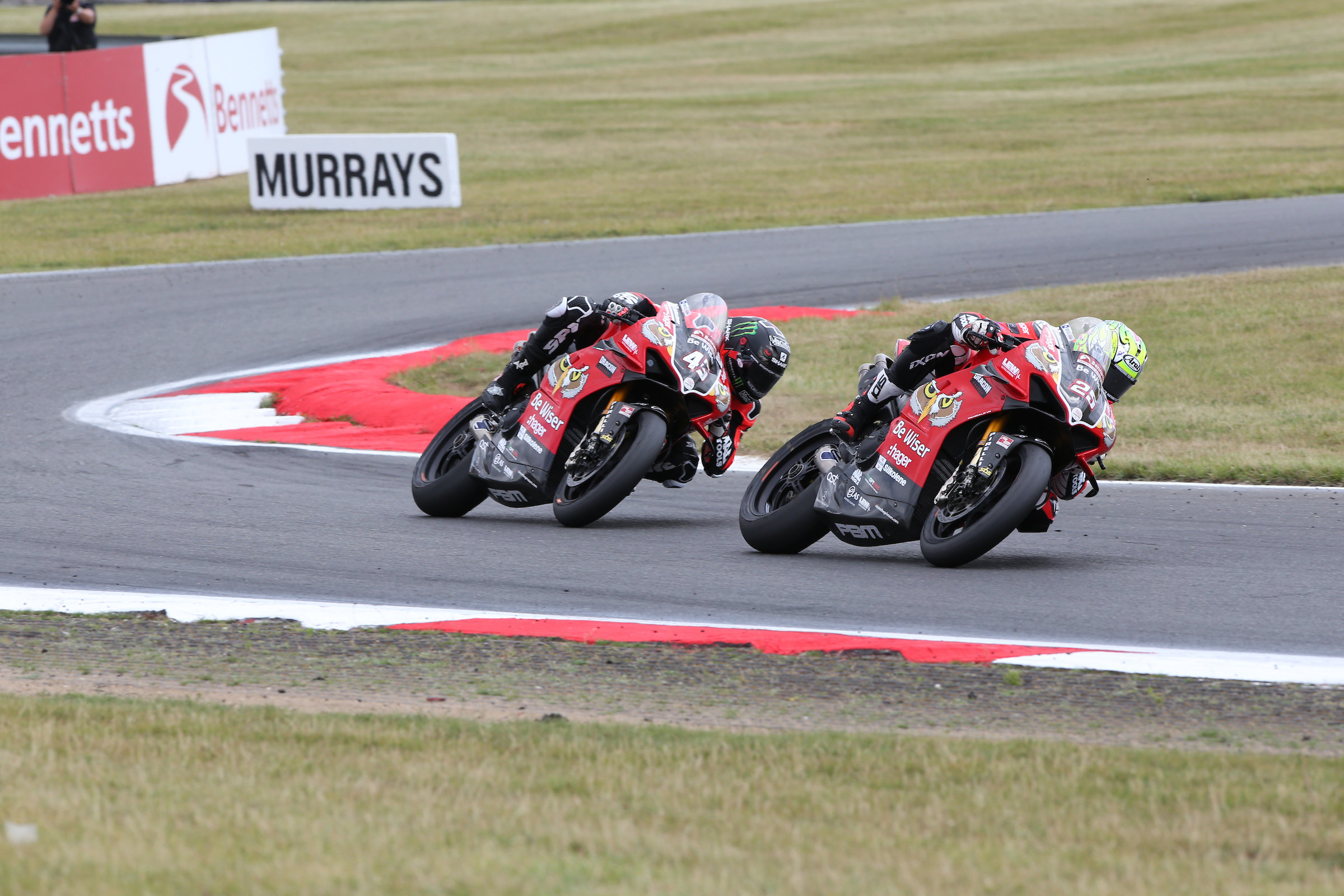 It was only in qualifying when he made strides forward and although it’s ultimately the races that count, his task will be made more comfortable, and his confidence greater, if he can be quick out the blocks.

The next round at Thruxton is another one of his happy hunting grounds so he’ll be hoping this is a circuit where he can defeat Redding and come away with a double victory, just like he did at Oulton in May.

This season has, arguably, seen Tommy Bridewell ride better than he’s ever done and with both a team and bike he’s entirely comfortable with, he’s been an almost ever-present in the top three. True, he’s yet to win a race but eight podiums from the first 13 races is the reason why he’s in second place in the Championship standings and well placed to be in title contention all year long.

Snetterton saw him make his first mistake of the season though when, going for that maiden win of 2019, he crashed out in race one. It not only cost him the chance of the win but also valuable podium credits. The Wiltshire rider knows he needs to win races but also that he needs to keep finishing on the podium so it’s a tricky position to be in but if his first mistake comes in the 12th race of the season, it’s clear he’s not doing a lot wrong.

He can sometimes be extremely hard on himself as he expects a lot and wants to succeed but he shouldn’t be too disappointed with the crash and whilst previous seasons may have seen his form tail away, we shouldn’t expect that to happen this time around. Some of his strongest circuits are still to come, particularly Cadwell Park, and he’ll still fancy his chances of becoming BSB Champion.

This year’s Championship is looking more and more like a Ducati benefit with Redding, Brookes and Bridewell consistently at the head of the field and the only rider who can seemingly live with them is McAMS Yamaha’s Tarran Mackenzie.

The Ashby resident led for much of race one before a lack of grip forced him to reduce his pace but he pushed the Be Wiser Ducati pairing of Redding and Brookes more than most and third place and another podium point kept him well in touch. 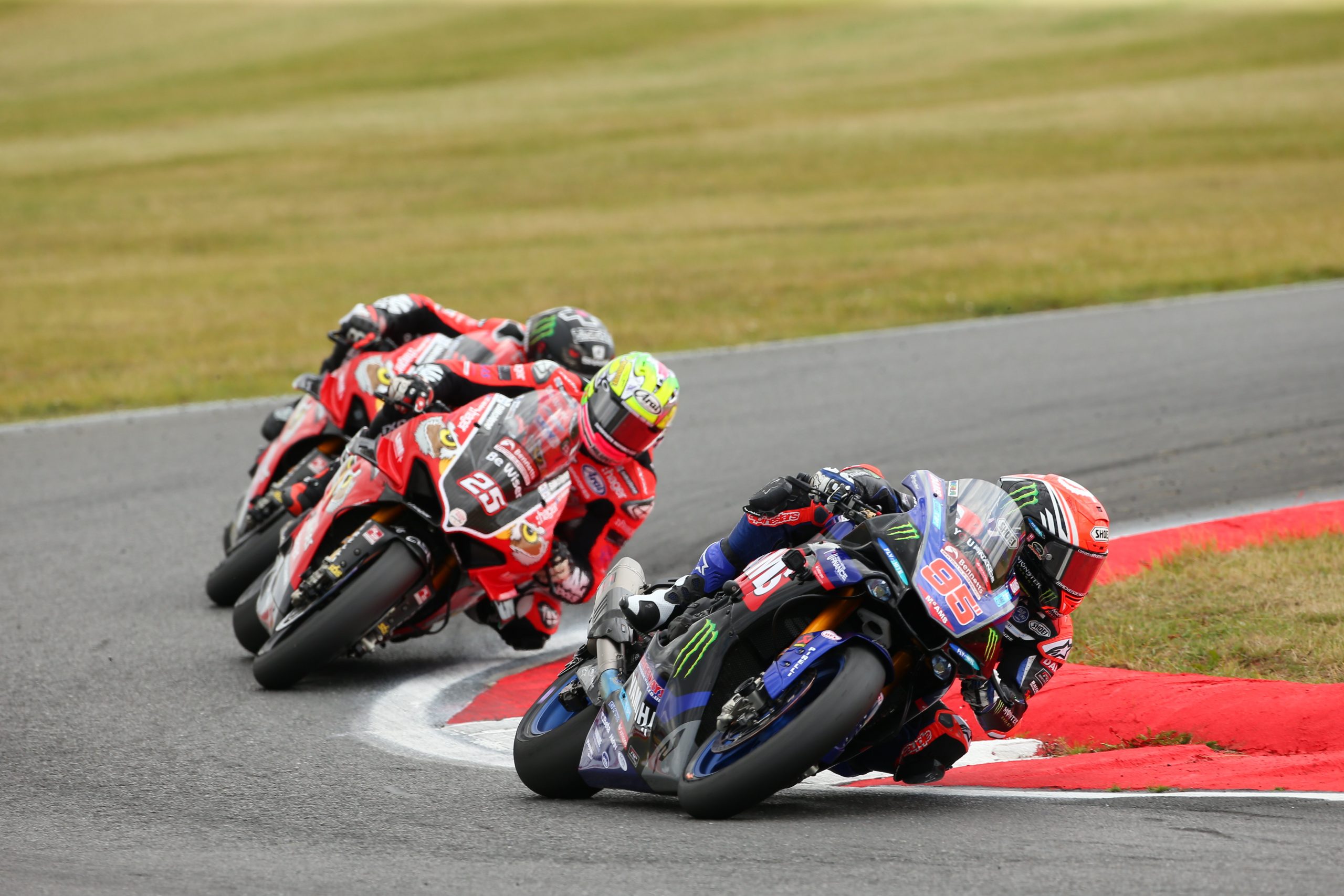 However, just when it looked like race two would follow a similar pattern, he crashed out and lost further ground in the title race. His Showdown position shouldn’t come under threat but with zero points from four of the last six races, he can ill-afford any more DNF’s and if he has serious title ambitions, he needs to start beating the Ducati’s and ensure he takes more podium credits than what they do.

Snetterton marked exactly a year since Andrew Irwin made his BSB debut and whilst his first race twelve months ago saw him crash out on the opening lap, skittling other riders in the process, his progress in the subsequent year could clearly be seen again this weekend.

Signed by Honda Racing for 2019, the younger of the two Irwin siblings in BSB has been quietly going about his business this year, scoring points in all but one of the races, with a lot of attention on the team focusing on his more experienced team-mate Xavi Fores. The Spaniard has been having a good maiden year in Britain and currently occupies the sixth Showdown position but Irwin is edging ever closer. 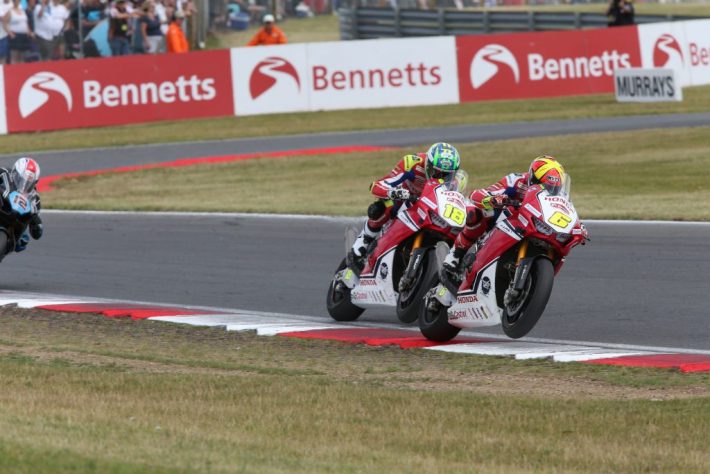 Whilst brother Glenn’s torrid year continues (he missed Snetterton due to illness), Andrew notched up his best result of the season in fourth and has now taken three top five finishes in the last three races to close to within 20 points of Fores in the Championship standings. There looks to be just one Showdown position available but if he can maintain this form over the next three rounds, he could well be the rider to take it.

As mentioned above, the top five Showdown positions look to be already locked out with Redding, Brookes, Bridewell, Mackenzie and Danny Buchan the riders currently in the top five. Whilst the top four are almost certainties, Buchan’s position is far from secure but sixth place is the one most up for grabs.

Fores is currently occupying the position, courtesy of his podiums at Donington Park and Knockhill but as he continues to experience new circuits, the former World Superbike rider’s finishes continue to fluctuate. He’s currently 18 points clear of Peter Hickman but major tests lie ahead at Thruxton – relatively easy to learn but different to other circuits with its abrasive surface which severely affects tyre life – and Cadwell Park.

These are circuits where Hickman, traditionally, comes into his own on the Smiths Racing BMW and he’ll be quietly confident of overhauling the Honda rider by the conclusion of round eight.

However, Hickman, in turn, is only two points ahead of Irwin with Christian Iddon, who performed heroics at Snetterton with a three-week old broken leg, only another two points further back. It’s looking more and more likely that the final Showdown position will be fiercely disputed by these four riders with the outcome equally likely to go down to the wire. 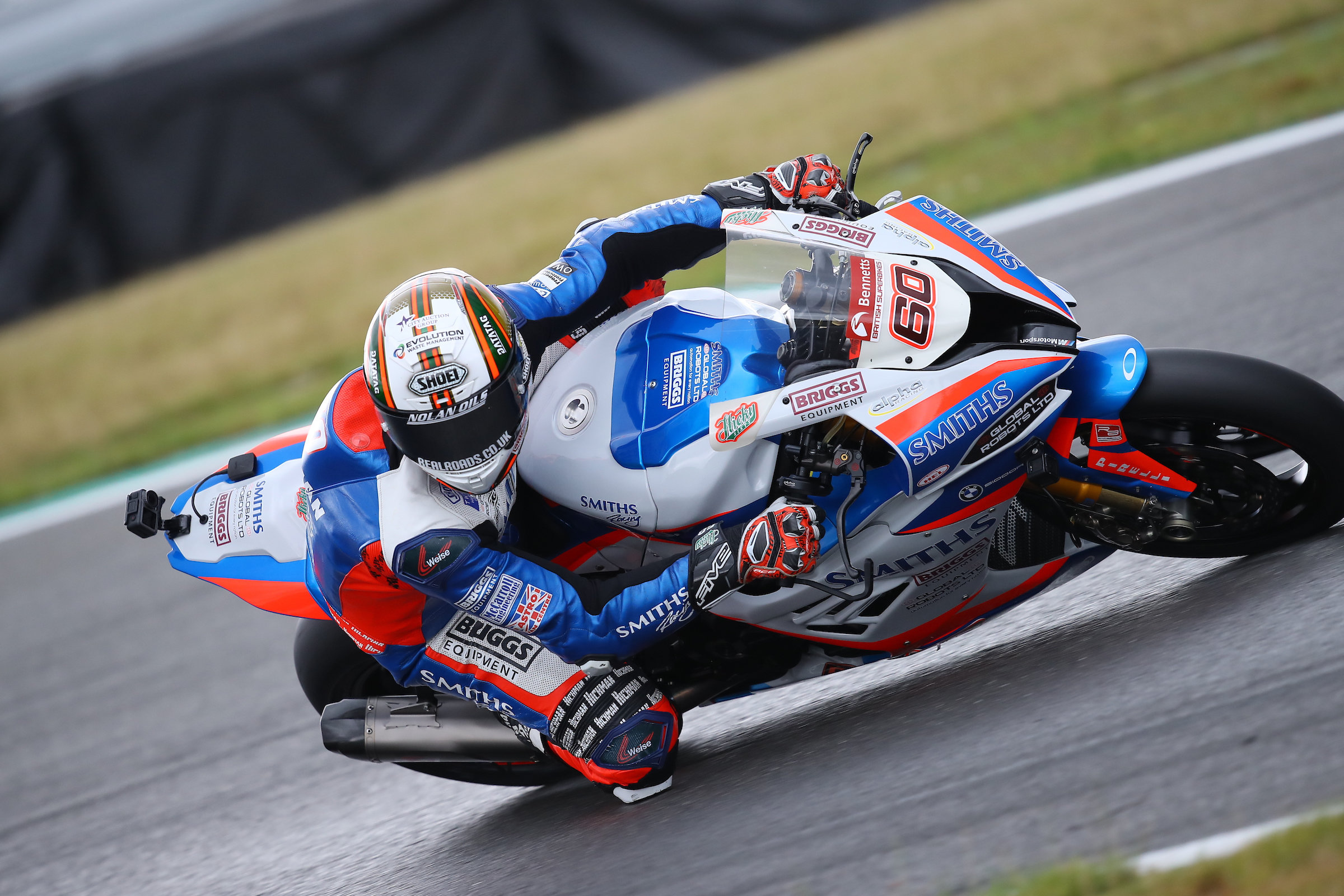 Completely unflustered when he got pushed back to fourth in both races, he simply bided his time and made his move when the time felt right. And when he did, the others had no answer which is certainly ominous for the remainder of the year.

As we’ve always said, the final three rounds, where the Showdown takes place, are circuits Redding will excel at – Donington Park, Assen and Brands Hatch – and, at present, it’s hard to see anyone other than the Gloucestershire rider being crowned champion come the end of the year.

Can Redding go all the way and take the 2019 British Superbike Championship title?