The Yamaha FJ 200 is a true modern classic with a power laden engine that emits amazing torque. With sleek stylish looks and those enviable classic lines it will still give most modern bikes a run for their money. Its power driven engine makes it a dream to ride and it rides effortlessly as it guzzles down the miles.

Whether you need to ride around town at a sedate pace or zoom down the motorway at 100 mph plus, it is the ultimate sports touring machine, adapted both to city and off-road riding. Riding it is as comfortable as they come with no strain on the back or neck. Yes, it is heavy, but that doesn’t mean that it does not handle well on twisting roads and manoeuvring tight corners. The only area of improvement is the old styled calliper braking mechanism that is easy to replace.

When it comes to sport bikes, it is in a class of its own that is still unmatched by most modern bikes. The top speed is around 150 mph and it offers incredible torque between 5000 – 9500 rpm. While it offers higher acceleration rather than top speed, it still has all that a rider would need. It covers 0-100 in about 8 seconds, which while definitely not top in its class, is still good enough for non-pro riders.

In terms of durability and quality, the bike is probably unmatched. Bike owners have reported owning bikes for more than two decades without any major issues popping up. The engine oozes power while performing smoothly and is very reliable. 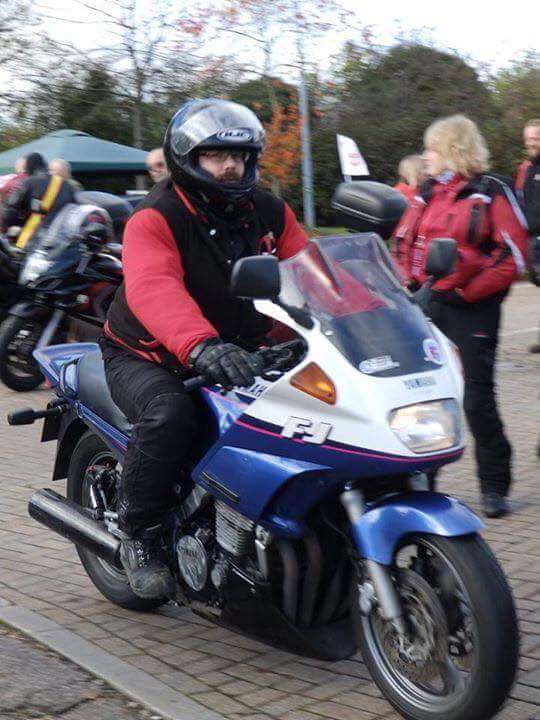 Richard Brookes 5 out of 5 stars

The cons are the 20 years old brakes, but they are easily upgraded.

It IS a heavy older bike. so it won't keep up with the sports bikes in the twisties, but if you want that buy a sports bike. But saying that it does keep up and is more than capable of embarrassing a lot of newer bikes in the handling department.

0-100 in around 8 seconds. Tops out around 150mph depending on what gearing you have, and a solid wall of torque from 5,000 to the 9,500 rpm redline. This thing has supreme grunt!! The FJR replacement has lower power output and because it is geared to compensate with more acceleration, it has a lower top speed. The FJ is still what you want.

The cons are the 20 years old brakes, but they are easily upgraded.

The build quality is pretty much legendary. After 24 years mine is starting to show slight corrosion in some areas, but nothing major. The engines are proven to be supremely smooth, powerful and very reliable.

It's an older bike with older brakes. They will stop quickly but not up to modern standards. But the calipers can be swapped for modern ones without a problem

The Yamaha FJ 1200 has a Achilles heel and that is it’s suspension linkage bearings that can seize and cause major problems for your safety and pocket, re-grease every 16,000 miles and you’ll be ok, I’ve used a mountain bike inner tube as a make shift gaiter that covers the bearings and protects them from the elements, my FJ 1200 3cv is 32 years old and has done 130.000 miles, the engines are bullet proof, well recommend!!

"It was straight forward easy to talk to the person..."