We’ve all seen amazing concept machines at big bike shows – most of which never come to fruition. But Suzuki’s B-King is an exception to this rule: first shown by Suzuki at the Tokyo Motor Show in 2001, it made it as a production model several years later, launched in 2007.

The concept bike was insane – a naked roadster based on the firm’s hypersports Hayabusa model, with a supercharger bolted on to add even more power to the 180bhp Busa motor. It had radical styling all round, with cutting-edge technology and looked like something from a Transformers movie.

The production B-King missed out on the supercharger, sadly, leaving Kawasaki to have the first production supercharged road bike with its H2. But Suzuki kept much of the insane styling, with a muscular fuel tank and a gigantic ‘rocket-launcher’ underseat exhaust system.

Under that wild styling, the B-King was basically a naked Hayabusa, using the same engine, frame and chassis package. That meant a 180bhp 1,340cc inline-four engine with 16 valves, DOHC and dual-valve fuel injection, in a twin-spar aluminium frame.

Like the Hayabusa, the B-King is a little on the chunky side, weighing in at 235kg dry, and it’s a bit of a handful around town. Get out on the open road though, and the engine is hilarious, giving gigantic waves of torque all the way through the rev range.

The B-King looked incredible and went like hell – but the extreme styling was maybe a step too far for the biking public. The timing was also bad, with the global financial crisis striking in 2008 just as the B-King hit showrooms.

Suzuki kept it on sale until 2012, but sales were disappointing, and it’s now a rare bike. If you can pick one up, make sure you get all the original parts, especially the exhausts, and keep it standard – this is a dead-cert to be a future classic machine. 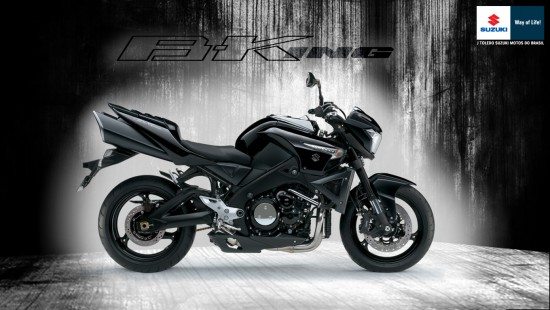 Ugliness of bike puts people off, but the naked hayabusa is astonishingly good and fun to ride. Power, handling, braking

Power, power and more power! Handles good in the corners and stops

Lots and lots of torque!

No problems so far!

"Value for money and an easy policy purchase procedure"