The original ST1100 Pan European was one of Honda’s best-ever machines, launched in 1990 as a heavy sporty tourer with a 1,085cc transverse V-four, shaft drive, full fairing and hard luggage as standard. It was also the first bike with an optional safety-biased traction control system and ABS, available from 1992-on.

By 2002 though, the 1100 was getting on a bit, so Honda replaced it with the fuel-injected STX1300 Pan European. Power was up from 100bhp to 125bhp, engine capacity went up to 1,261cc, it lost 10kg or so, and it got a full restyle. But the basics remained the same – a fast, comfy, practical tourer with a sweet transverse V-four motor that can waft you gently across continents, but also hustle like a sports bike when you want it to. There’s an electrically-adjustable windscreen, ABS and a massive 29-litre fuel tank, good for over 300 miles at pace, but the overall tech level is basic, with no traction control or other goodies.

Early bikes had a few recalls and problems with corrosion and build quality, but later bikes all sorted this. More worryingly, there were some stability issues with the first STX1300 police bikes, which actually resulted in some nasty crashes. That was found to be down to the heavy radio and other special equipment installed though, and hasn’t been a problem for non-police Pan Europeans.

Take a look at the Honda ST1300 Pan European… 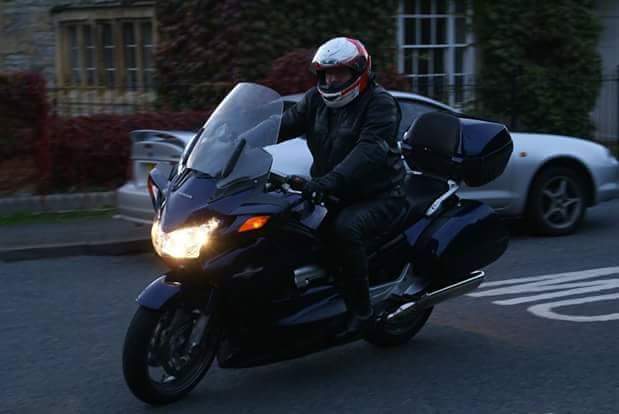 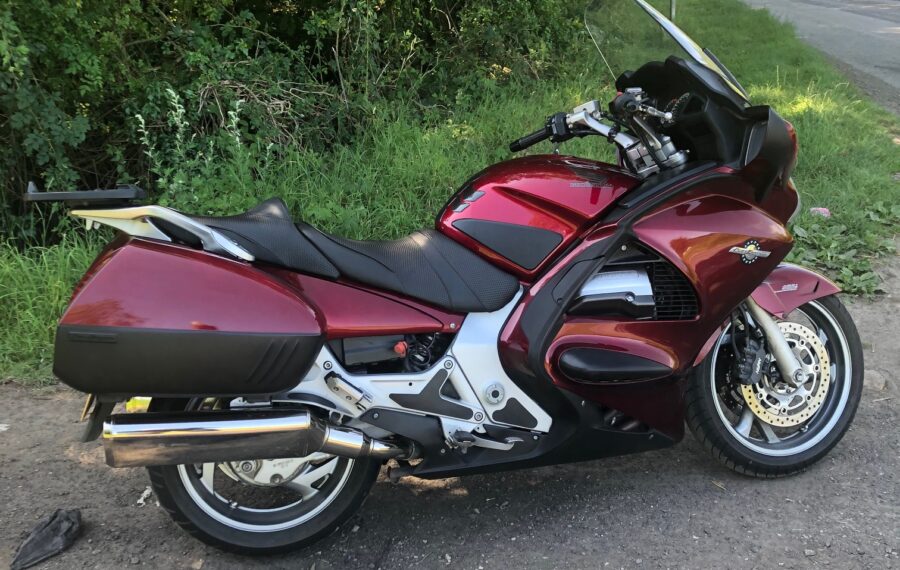 This is a very large, comfortable and powerful long distance tourer, that is very reliable and well built. It is easy to ride and gives the rider a very good feedback from the road. It has some good luggage capacity and a good fuel tank capacity for long journeys. The down side is it is very wide when negotiating city traffic and is a little heavy for the average user when popping down the the local shops for supplies.

Having ridden this machine for many years through various models. I have always felt that the gearbox could have had a sixth gear to improve motorway riding.

The Pan European is a large comfortable and very stable machine. It gives excellent confidence for the pillion passenger. It has a long wheel base but once on the move its low centre of gravity makes it very easy to handle in the corners. It has a very relaxed seat position which combines the ability to be a long distance tourer with a performance bike character. It is a classic mile eater capable of taking the rider on long journeys with a great deal of confidence.

The Pan European is now an outdated design. However the build quality is that typically of a Honda. It is very well built with a good finish to paint and body work. The machine is very reliable and never let me down. I have had some issues with the wiring loom behind the headlight through corrosion. These were simple faults to correct when they were found after the charging system had failed.

It is a very heavy machine, but the ABS linked braking system supplied by Honda means that the machine can stop very adequately under normal riding conditions. The rider should always consider the machines large stature and weight in his riding techniques. It is always advisable to inspect the double front disc pads as these are put to maximum work load. The wide tyres on this machine always give the rider the feeling of confidence.

The bike has a long frame and the v four engine gives it a very smooth power delivery. The gear box is classic Honda engineering that gives a smooth delivery of power. The V four 1300 cc engine gives the machine a very low centre of gravity that transposes to a large machine that gives the rider confidence and control in the corners.

The V four 1300cc engine provides ample power at the rear wheel. Its power delivery is very smooth and progressive which is the difference between the normally aspirated fuel delivery on the previous model of the ST1100.. For a large and relatively heavy motorcycle, this machine can be ridden at a very challenging pace comparable to some sports bikes. It also performs quite close in the corners to other smaller and more nimble machines.

The bike doesn't cost a great deal to run. The V four Honda engine is pretty bullet proof and just requires the usual servicing intervals. The huge power delivery of the engine means the bike is always working well below its potential. It does require a rear tyre on frequent occasions as its the buffer between the heavy machine and the power delivery. The brakes also need regular inspection for the same reasons. If ridden at sensible speeds the Honda V four will return a fuel consumption in the mid thirty's, but if ridden hard this will drop significantly.

Heavy to manhandle but once moving no problem

Bernardo 5 out of 5 stars

It is a heavy bike to move around.

Stable and a great screen.

Power if you need it.

Big bikes are generally not frugal but the Pan European has a great range.

Sharp when needed. Just right at all other times.

Very well engineered. Heat from engine an issue in summer, and there can be a weave at over 120 when screen is at highest and back box is attached. With screen slightly lowered and just the side panniers, it is an inspiring machine. I have a Bandit 1200 as a companion, and love them both. Honda build quality superb even after 18 winters

Very nice utility machine. Agile at speed, awkward at u-turns. Hyway speed buffering. Much rather tour on secondary roads.
Great bike all aroung. Only bike I compare with, out of numerous owned, would be a KZ 1300 J1 … similar handling within their own design. 🙂

Had my Pan for over ten years now it’s been in Europe a couple of times and numerous trips in Scotland, England and Wales and it’s was always two up. Never had any issues with the bike always got serviced and inspected regularly. It’s a dream bike to ride very comfortable, fast and holds the road great. But sadly some time soon as I get older we will have to be selling our beloved bike as the weight is becoming an issue, I’m not as strong as I was in my sixties

By far one of the best bikes I have ever ridden and owned for their age still the best.

"Very helpful staff and good prices for the policy"