Up until the turn of the century, BMW had stuck to a couple of slightly weird engine layouts – the big Boxer twins with a cylinder poking out each side of the bike, and its laid-down inline triple and four-cylinder motors, with the crankshaft running fore-and aft down low. Both those layouts were ideal for its favoured shaft final drive, so the Munich engineers overlooked the compromises they involved elsewhere.

But in 2006, something different appeared – a totally new 798cc parallel twin engine, with belt drive, which first featured in the F800 S and ST sporty-touring models. It was far lighter and more compact than the Boxer lump, and a couple of years later, BMW used it (with chain final drive) in this, the F800 R naked roadster.

It’s not hugely powerful, making around 85bhp, and the chassis is fairly straightforward, with monoshock rear and conventional forks and brakes. But as a quality, capable, economical daily ride, it’s got a lot going for it.

You can also get a lot of top-notch extras and accessories from the factory, including tyre pressure monitor, fly screen, high/low seat options and panniers, and the more the merrier here.

Thinking of a Yamaha FZ6 or a Honda Hornet or the like? Then an F800 R is well worth a look too. 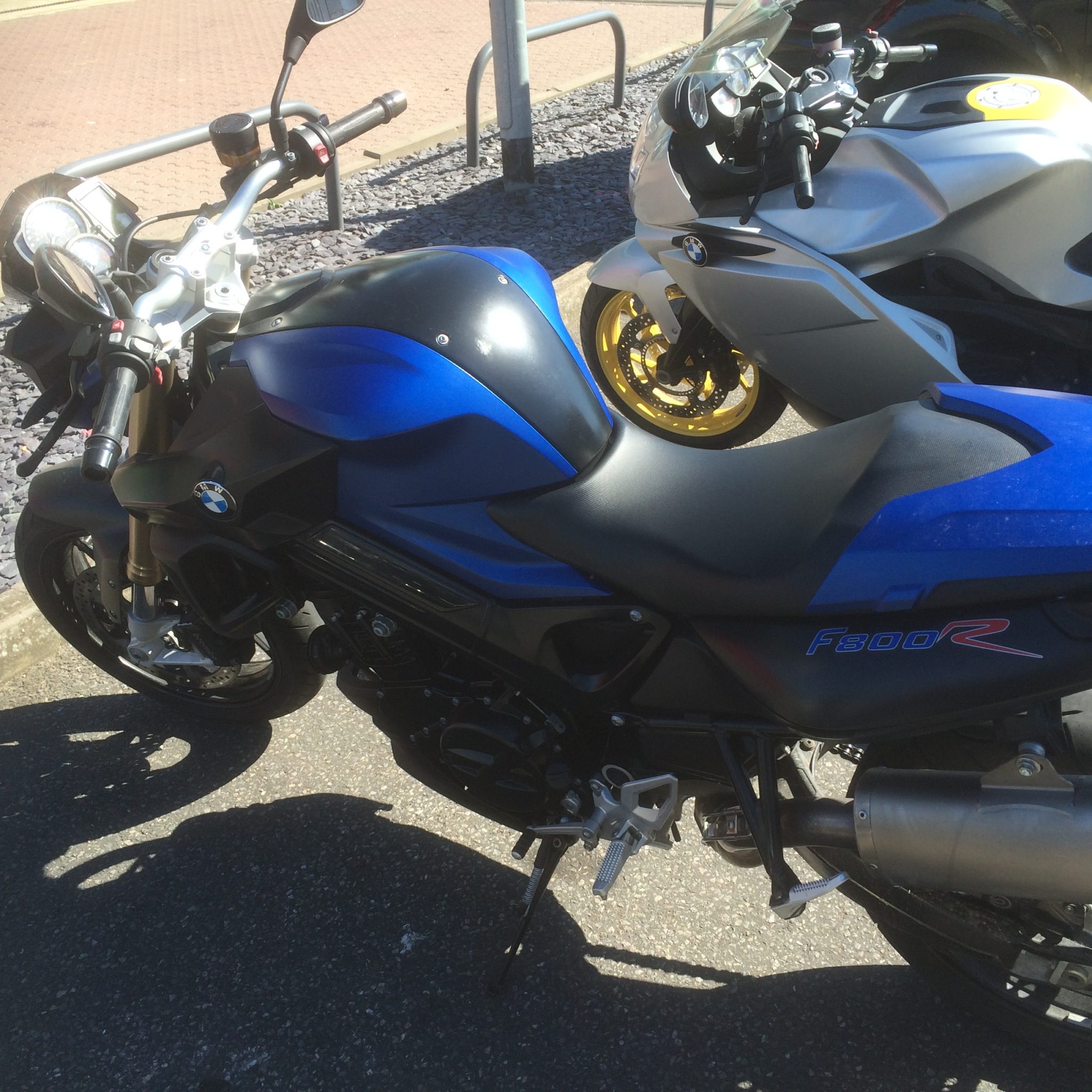 Looks different from most other bikes

Quite comfy to ride as quite an upright position. I can feel it on my elbows and backside if I've been riding any longer than 2-3 hrs.

Only had to replace battery after 8 years. Build quality is good, bike still looks new after 14000miles.

Engine sounds agricultural being a twin, handlebars get a bit vibey between 70-80mph which is a bit annoying. Handles fine for what it is and feels nice and light to ride.

Not that powerful but that's not why i bought bike. Pretty torquey wee engine but its not gonna win any races.

Very economical bike to own being that you don't need to rev its nuts off.

Best thing about my BMW is the reliability. Great bike love it would recommend to anyone especially commuters could even tour on it its that comfortable.

Very smooth to ride and easy to filter traffic on

She needs a better front suspension for a safer ride

It's a calm rider with a long gear box. Riding in town it's hard to shift over third gear. You don't feel the weight while riding, however, It's a long bike, needs stiffer suspensions for a sportier ride.

Quite economical, doesn't spent more than 5lt/100km even during long highway travel

Never had a problem over the last four years, solid built.