With the big boxer twin R1200GS proving popular to masses of wannabe adventurers, and the single-cylinder F650GS proving a hit with newer riders, BMW’s decision to increase its adventure range with the F800GS in 2008 was definitely a good one.

More manageable than the big boxer and more capable than the little 650, the parallel twin-cylinder F800GS has enough power and comfort to make light work of long motorway stints, with enough tractability and a well-weighted stand-up riding position to get stuck into some pretty serious off-road antics. Different engine modes and switchable ABS add to this versatility. The Adventure version was launched in 2013 that, like the 1200, comes with a bigger fuel tank (up 50% to 24 litres from the standard 16), pannier racks, a taller screen and serrated footrests for better off-road grip.

As with any adventure bike, those that have been the most adventurous will be showing signs of wear and are perhaps best avoided. There are plenty of good examples about, many loaded up with worthwhile extras such as pannier racks and boxes. Expect to pay around £4,000 – £5,000 for a clean early GS and up to £8,500 for a late Adventure. 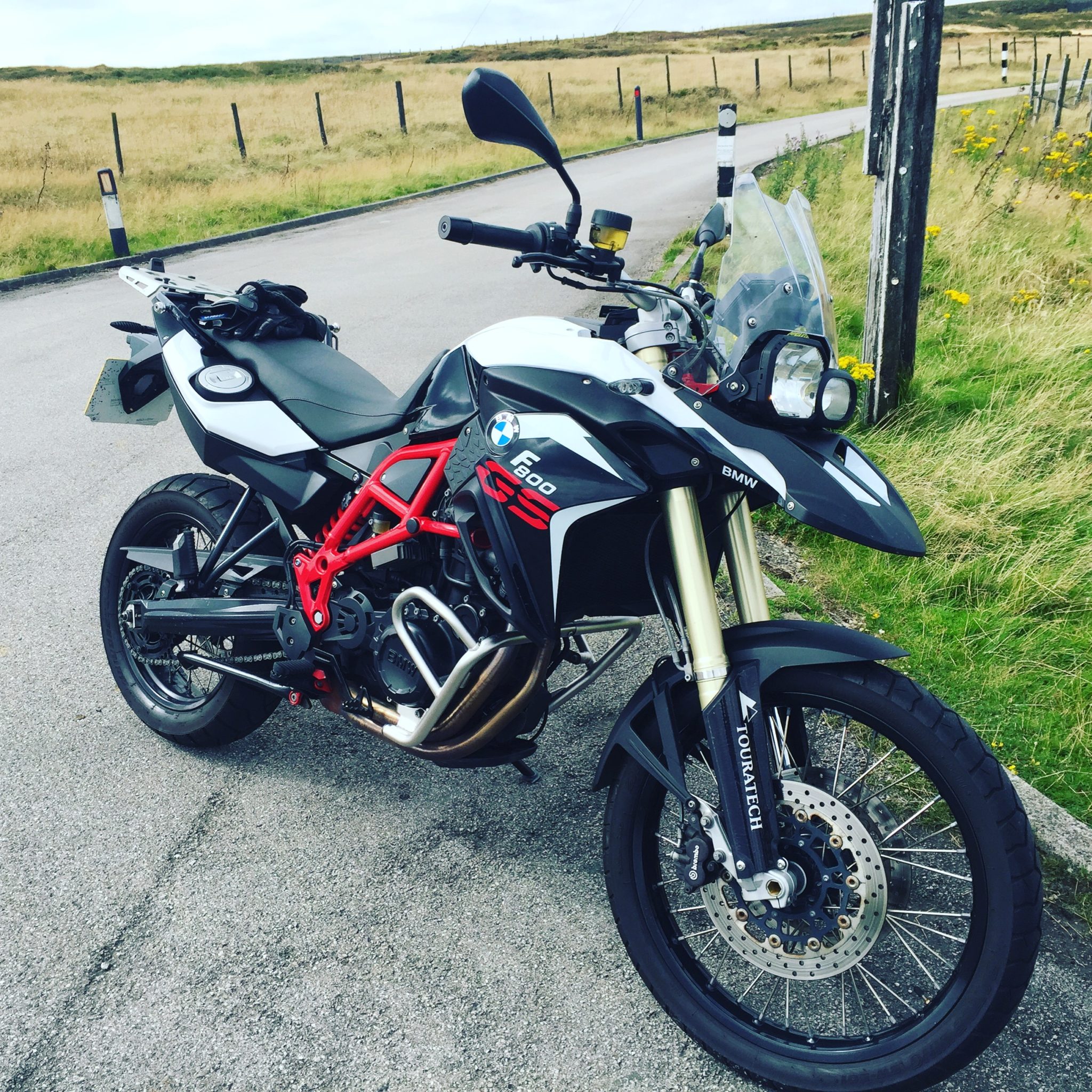 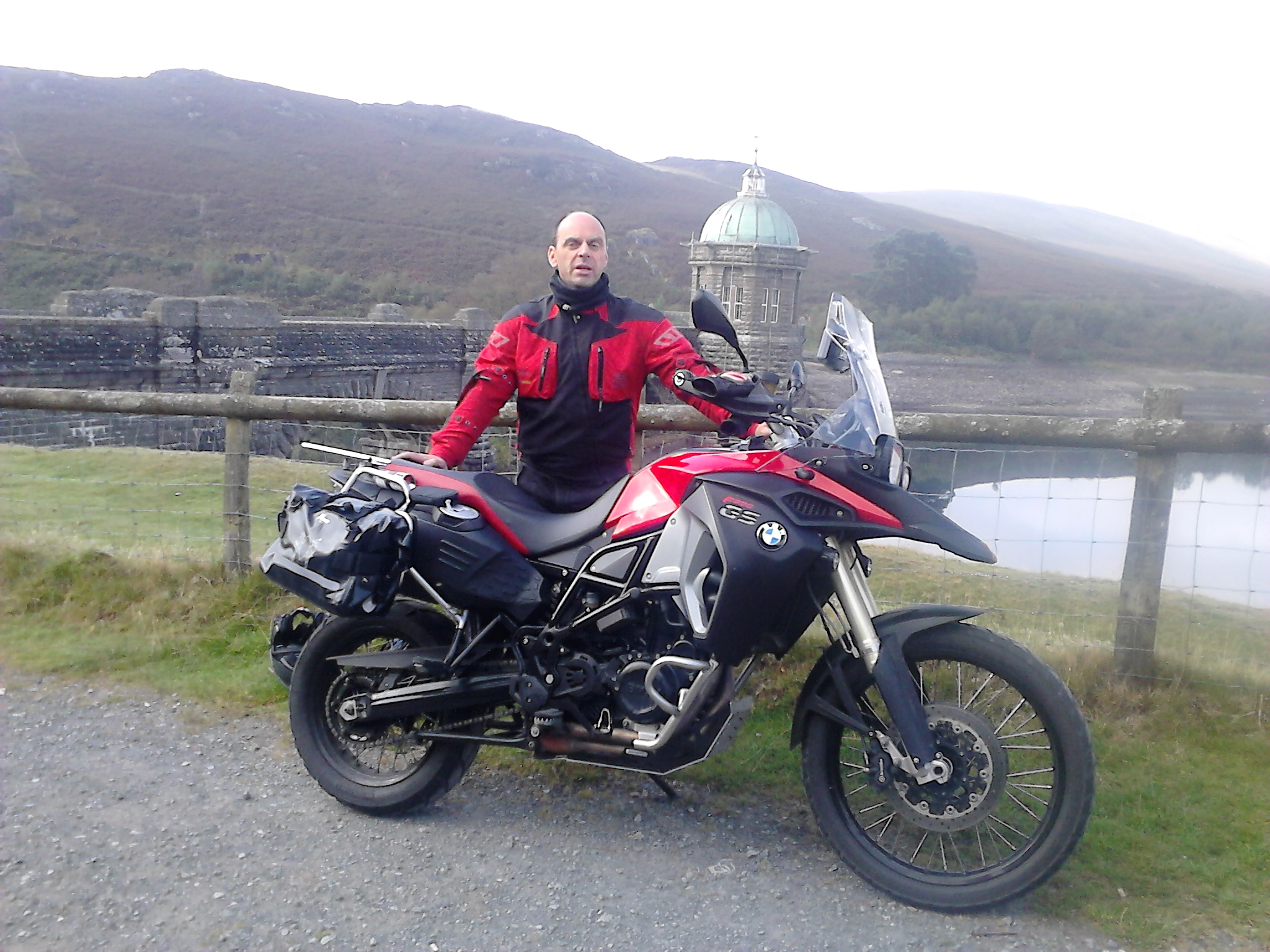 I sold my f800r and bought a gs after a test drive. Best bike so far but would love a few better things with it.

Better insurance category and larger petrol tank. Get rid of the chain driven

Quite prompt given the weight of the bike

A go anywhere do anything adventure bike. Tough and more capable off road than you could imagine. It'll tour anywhere and on the pot holed, rutted, back roads is as good as anything. Will also happily sit at 100mph all day on the Autobahn

It's an off roader at heart, long travel suspension means its not the sharpest tool on the fast roads BUT with UK roads in the neglected condition they are its not such a fish outta water as you might think...

Good torque and lovely smooth fueling make it a nice ride. Don't expect sportsbike performance that's not what its about.

Spot on, no problems

Shaun Wade 5 out of 5 stars

Handling, fuel consumption, usability and versatility. Honestly, I love this bike. I will always be a massive lover of sports, and will always own a sports, but having the GS, I couldn't imagine not having one either. Hence why I have a ZX6R 636 and this BMW. Superb bits of kit!

Bike is quite tall, making it a little more difficult to control when on trails or off road.

Having ridden sports for most of my motorcycling career, to then jump onto something that is massive in comparison, it surprised me how nimble it is. On road it is so chuckable (obviously tyre dependant) and is amazing fun on the twists. Whilst off road, it does okay too.. obviously has nothing on something like a KMX650 or a Husqvarna 701. But it holds its grounds.

I cannot complain about the power and engine performance. Some people will complain that it lacks power in the top end but at the end of the day, it's a grunty bike, not performance. It keeps up with most bikes and doesn't lack power to perform general road manoeuvres. Acceleration is very good, my only complaint is that the engine lacks character… but that's not a gripe with this bike specifically, that's just a parallel twin characteristic.

Fuel: Superb! Averages 60mpg on a run. Fairly good tank size and I cannot fault it. Servicing is like any other bike, the more you spend, the more frequent it's done, the less it'll cost in the long run. BMW parts can however, be rather expensive, but nothing that a bit of eBay, Gumtree and hunting about cannot solve.

Build quality in general appears fine, like the majority of modern motorcycles, externally, it looks fine. Descent paint layers, plastics are solid, engine casings are holding up well with only a few little scuffs here and there. I have had a few little issues where the bike was difficult to start, but that appeared to be a little hiccup from the ECU, and from time to time on random occasions, the bike will still itself for no apparent reason. But having checked internals, there does not appear to be any issues. And this does not cause me any major problems.

Brakes are good… they work. Rear is a little spongey but again, most bikes tend to be. Front has plenty of stopping power and the ABS seems to work faultlessly. Beauty of this as well, the ABS is only simple button to switch off.

Overall ability. Can take me anywhere with all my kit

Quality of finish. Not as premium as it should be

Could ride all day

Over 200 mile to a tank. Brilliant

Not as good as older bmw's