Some motorcycles are defined by their delicate, subtle styling. The BMW K1200 R is not one of these. It’s a brutalist, headbanging piece of moto-design, which is as crazy to ride as it is to look at. 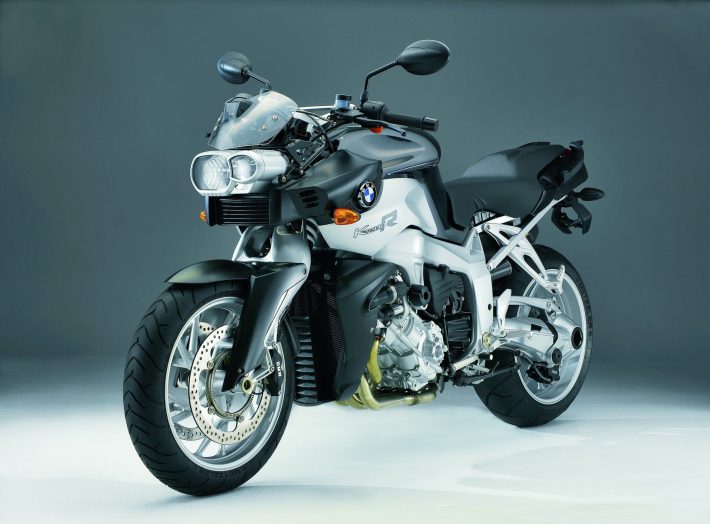 At the heart of the matter is the inline-four 1,157cc engine, which puts out a mental 163bhp. It’s arguably the first BMW motorbike engine with performance as its primary design factor, and that shows the instant you twist the throttle.

This insane powerhouse of a motor lives in an unusual, high-tech chassis, The front suspension uses the BMW Duolever system, which has a cast alloy wheel carrier, single monoshock suspension and scissor-type steering linkage, while the single-sided rear swingarm incorporates a shaft final drive.

It’s a heavy beast, at 250kg wet, but the high-tech chassis gives good handling, especially at high speed. The naked layout means plenty of wind blast, but the extensive tank and headlight surround does take some of the pressure off.

BMW offered ABS, heated grips, electronic suspension, sport-pack with wider rear rim and loads of other cool upgrades as factory fits – and they’re all worth having. Fancy all of this with a bit of wind protection? The fully faired K1200 S and half-faired K1200R Sport will be just the job. 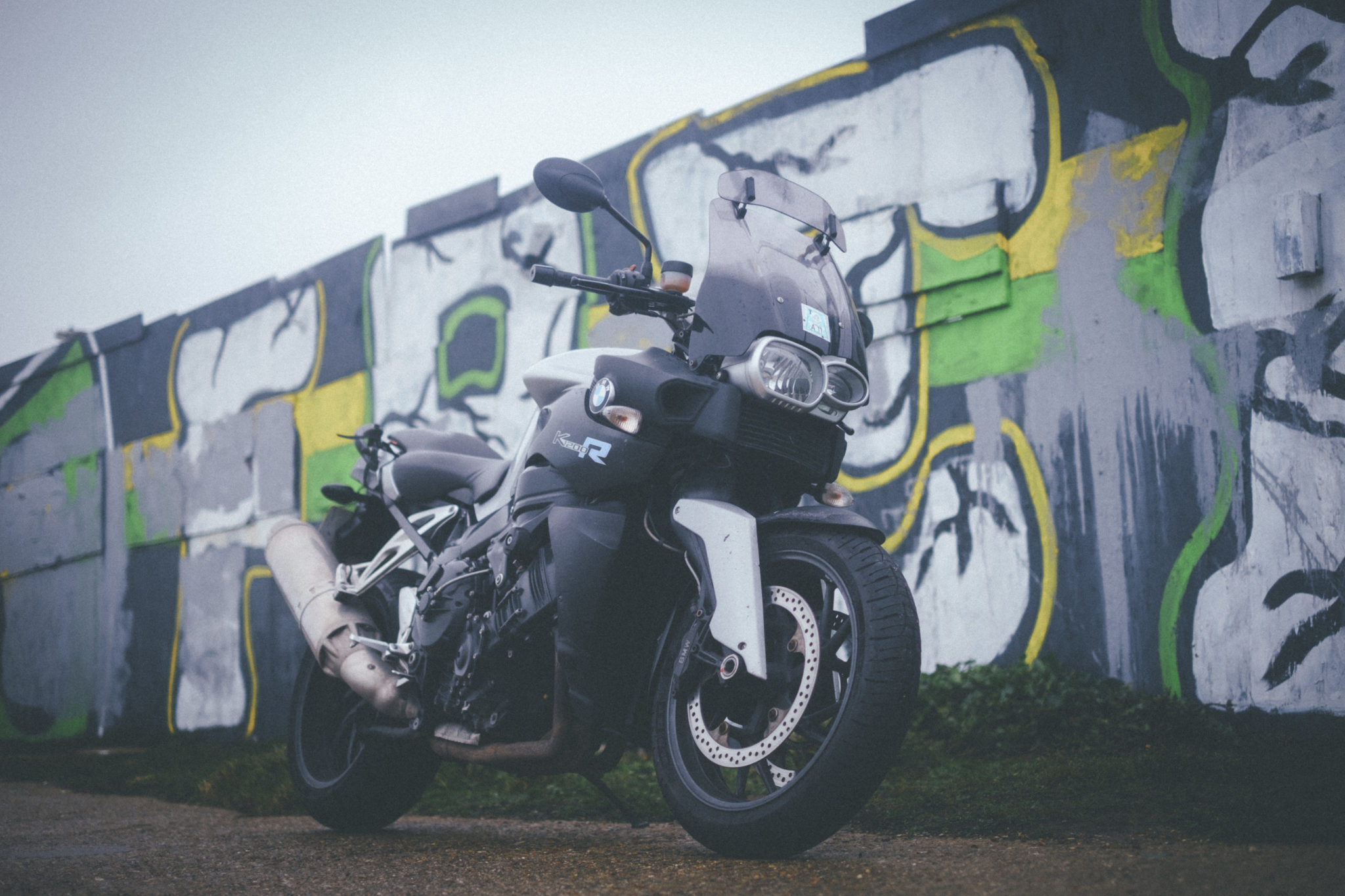 It is a heavy bike to ride… but when you got the hangs of it you can play as much as you can… On wet weather it hardly gets a wheel spin, the ABS brake system helps with locking and loosing the front end (try to rid it without the ABS on…) You have to learn how to use its bike and be gentile you the shaft drive otherwise it will cost you some money. The power band starts very low and even with a full petrol load you can fell the front wheel trying to lift up every time you open the throttle.. When you had it for a while it is difficult to change for another one… maybe changing for a newer version..

Boxer engine... huge and very reliable... clutch is a weak part of it... don't cook it otherwise it will cost you loads

German built BMW has a known attitude towards quality... from 2006 onward it lost a bit but still very good built

James White 4 out of 5 stars

You’ll be in an exclusive club, just over 300 of these exist in the uk, it’s a head turner and under all the bonkers look is a sensible long distance roadster. Bonkers to look at, bonkers suspension, fabulous drive, guaranteed exclusiveness on the road. Silly enough to loose your licence in first gear. A gem of a bike that quietly goes unnoticed in the world of GS’s

Cons. Servicing is pricey and that can chain rattle will get on your nerves.

This is the bikes cherry on the top. Big displacement, low centre of gravity and a bmw unorthodox suspension. Bumps will run away from you as you glide over countries effortlessly.

Well 163bhp, is certainly something to write home about. The power band is smooth and very grown up until you reach 9grand then the scenery starts to move considerably faster… the torque is nicely spread around 99fb. Only downsides are the gear box which need a hammer to change up and down between 1st to 3rd and the cam chain rattle is neutral is one of the most displeasing sounds I’ve ever heard but bmw say it’s part of the charm.

Running costs… the iccliease heal to anyone who owns a bmw, mpg is around the low 40s and you’ll be searching for a petrol station just after 160 miles with its little 19 litre tank. Which is frustrating when touring, got to be sensible when planning yours stops. Servicing is pricy, Every 6000 miles is an oil and filter, valves are every 12000 and the shaft every 18000. But we all know that’s the price we pay for a bmw.

11 years in the road. No paint flaking no electrical problems. What more can you say?

Abs front and back and 320 dual disc on a 4 piston calliper brings the 238kg down to a firm resssiring stop. Though the servo brakes do take some time getting used to, but they work a treat.