Although Peugeot dominate the car industry, they have had a very influential impact on the motorcycling world since the late 1800’s. Initially launching with a series of bicycles and tricycles in 1886, that was Peugeot’s first steps in the two-wheel world.

1901 saw the birth of the first 1,5hp Peugeot motorcycle – taking on the same framing on their bicycles but with a motorized engine. After that Peugeot showcased a large number of motorbikes that ranged from 100 to 745 cc but success really hit in 1934 with the P515 which beat 9 world records – including the 3,000 km race clocking an average speed of 118km/h.

In the mid 1950’s, Peugeot released their first range of mopeds and scooters in the 125 to 250 cc range. Finding their niche in the moped market, Peugeot continue to create machines such as the P103 series (50cc limited) which has record-breaking sales in 1974!

In 2010 Peugeot Motorcycles became Peugeot Scooters on the anniversary of 200 years. 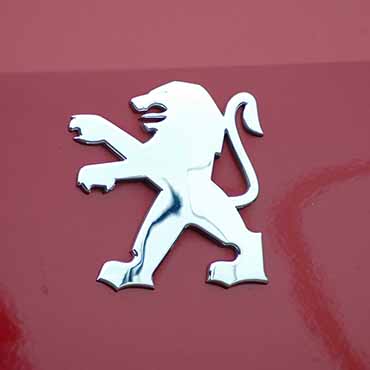 A vintage styled retro scooter pulling on the designs of the classic Vespa’s and Lambretta’s. 125cc, 4-stroke air-cooled engine makes it a perfect commuting motorcycle for nipping around town.

Other features include under-seat storage for your helmet and a dual compartment lockable glove-box. Available in a range of colours including blue, white, black and green.

Peugeot’s maxi scooter has had a complete makeover with 80% new bobdywork and massive improvements to performance, style, storage and equipment levels.

The 300 cc, 4-stroke liquid-cooled engine is more powerful and fuel efficient than ever before, hitting top speeds of 80mph.

The storage space beneath the seat has been increased by 12% so it will fit two full face helmets. The lockable glovebox is a handy new feature that will allow you to store more items too.

What You Need To Know About: Moto Guzzi

What You Need To Know About: Gilera

What You Need To Know About: Lambretta