The KTM company has made improvisations to the RC 390, although we fear that they have set such expectations that it seems to fall short. They have tweaked the bike by adding a side mounted exhaust with a ride-by-wire Euro 4 compliant engine.

They set such impeccable standards with the 390 Duke, that the RC 390 seems to pale in comparison. Okay for novice riders and bikers who want to hone their riding skills, but not up to par for pros. While the suspension does lurch a bit it is the quickest A2 Licence machine around. The plus points are its light weight chassis, good tires for cornering (Metzeler Sportec M7 tyres) and decent ground clearance.

The engine churns out 44 bhp but vibrates at low revs. Despite this, the power is easy to manage with the gearbox needing to be more responsive. .The fuel tank is a small 10 litres but turns in approx 66 mpg. Otherwise it is comfy to ride with the handles bars well placed.

Other specs include ABS brakes, illuminated switchgear, radial brakes, WP suspension and single piece foam seat with a pillion perch at the end.  It is alright for riding in the city traffic and works fine for motorway cruising as well.

The RC390 is a blend of the practical with relaxed speed, which needs further fine-tuning by the company to achieve its vaunted status among the star bikes of KTM. The bodywork and quality of materials is good. Overall it is good step-up bike for those who want to transition from a 125 cc bike to something more powerful. 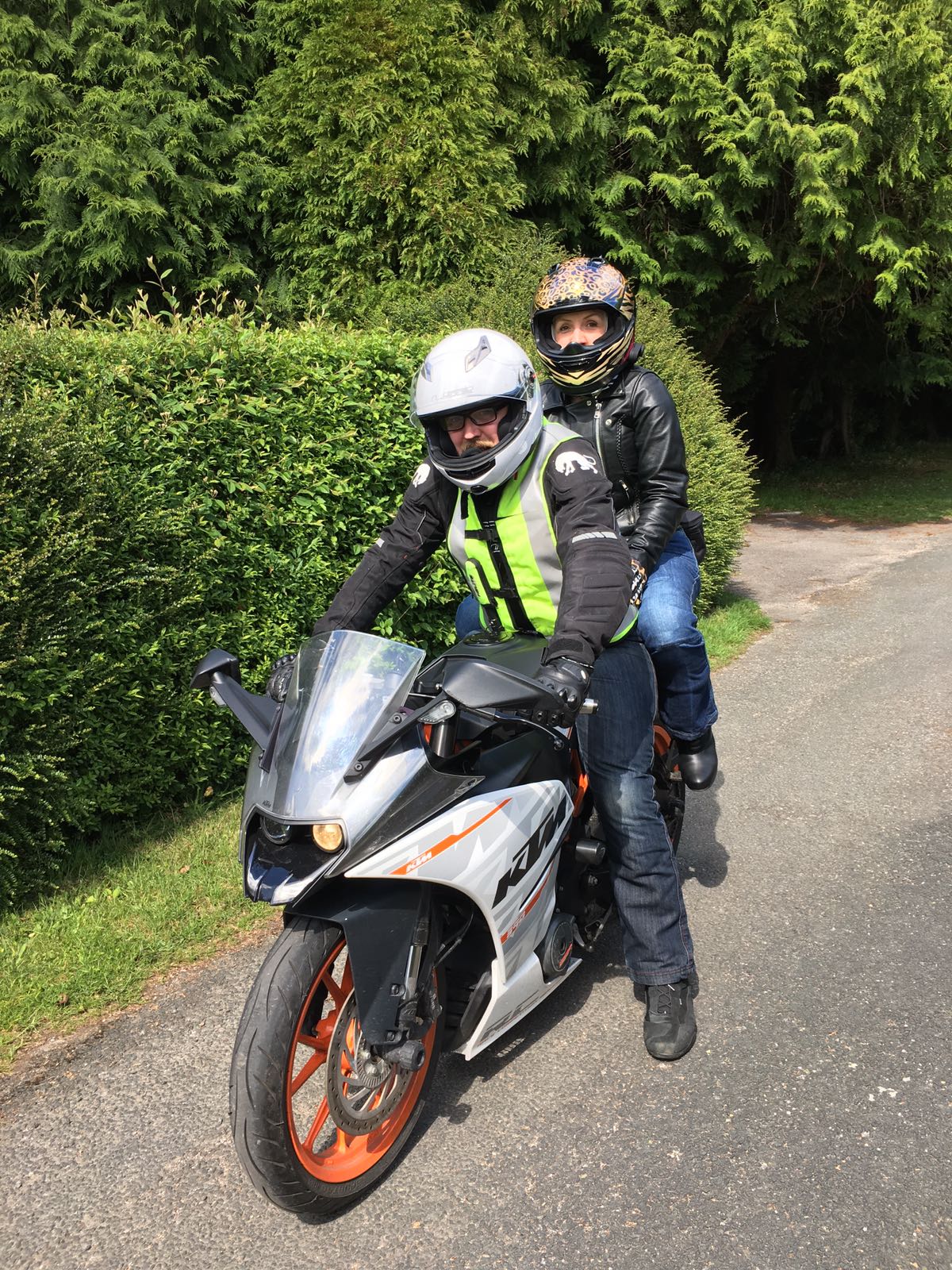 Good starter bike, its taught me a lot and gotten me out of trouble when I've needed to get out of a sticky situation. Fast for it's size and very nimble.

Try and sort out some of the vibrations as well as having an engine that doesn't run so hot.

Try and sort out some of the vibrations as well as having an engine that doesn't run so hot.

Vibrates quite a bit but that's to be expected, panels seem to vibrate at certains rmps

Haven't had any complaints so far.

Michael 4 out of 5 stars

IT'S A ENTRY LEVEL SPORTS BIKE THAT IS ACTUALLY A SPORTS BIKE! Amazing value for a younger rider wanting to ride sports bikes

Engine vibrations (probably solved if ktm made a twin engine) However could lose the performance. so 50/50

373CC of thumper magic! This single cylinder runs up to 13000rpm! which is amazing, loads of low down torque and a decent amount of high rpm power, this bike accelerates 0-60 in 4.8 seconds!

Engine vibrations (probably solved if ktm made a twin engine) However could lose the performance. so 50/50

Decent build quality, however there is a lot of plastic to keep the weight down.

Brakes are great, however they do feel a little spongy, but the transfer of weight to the front forks is smooth and really burys the tyre into the road, making it easy to control

Combined with light weight of bike is enough to have fun with.