In the mid-1990s, everyone wanted a big-bore V-twin. The huge success of Ducati – both on the road with its Monster naked bikes and on track with its legendary 916 Superbike – made the other firms sit up and pay attention. Aprilia, Suzuki and Honda all built 1000cc V-twin engines, with various levels of success, and the Firestorm was Honda’s first attempt at a big twin sportsbike. 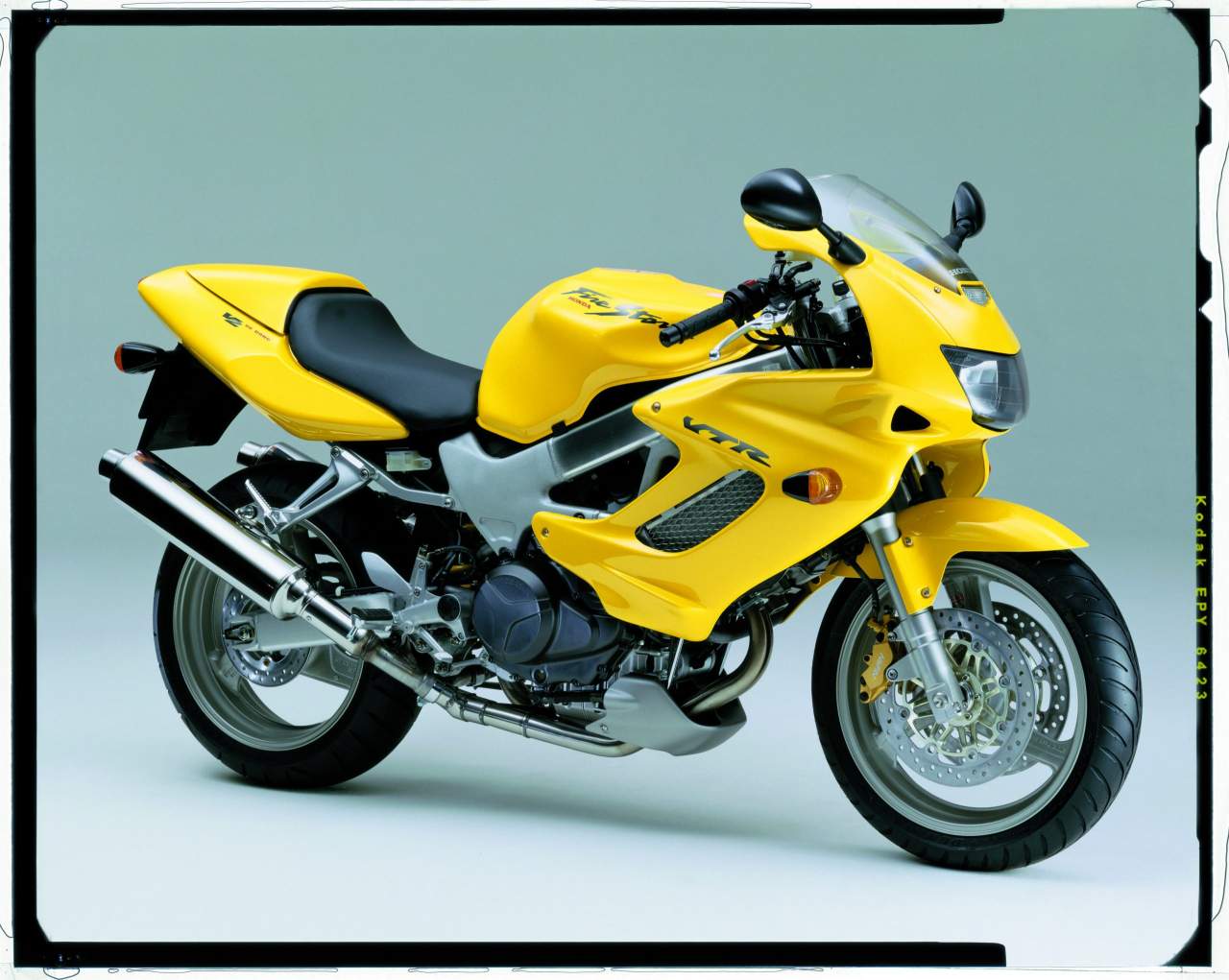 Honda VTR1000 FirestormThe engine is a corker, with loads of grunt, decent 110bhp peak power (the FireBlade at the time only made about 18bhp more) and very slim, compact construction. The only downside is rotten fuel consumption – which is probably down to the old-school massive carburettors which feed it with gas and air. The little half-fairing looks smart but gives modest weather protection, and added to the small 16 litre fuel tank and scant pillion accommodation made it a poor distance machine. Later bikes had a larger fuel tank, but it was always a handicap for the bike.

Never mind the fuel range though – it’s a fast little bike. Over 170mph is easily seen on the clocks in the right place – and it handles well for a road-biased sportsbike. The pivotless frame design was a little flawed for hard track use, and race teams like Moriwaki in Japan would add serious bracing around the swingarm pivot area. The ultimate answer for the track was to come later though – the VTR1000R SP1 and SP2 which won the WSB title under Colin Edwards.

Nowadays, we reckon it’s set to be a future classic. Pick up the best standard early model you can, in black or yellow, and tuck it away safe…

Look at the Honda VTR1000 Firestorm in action… 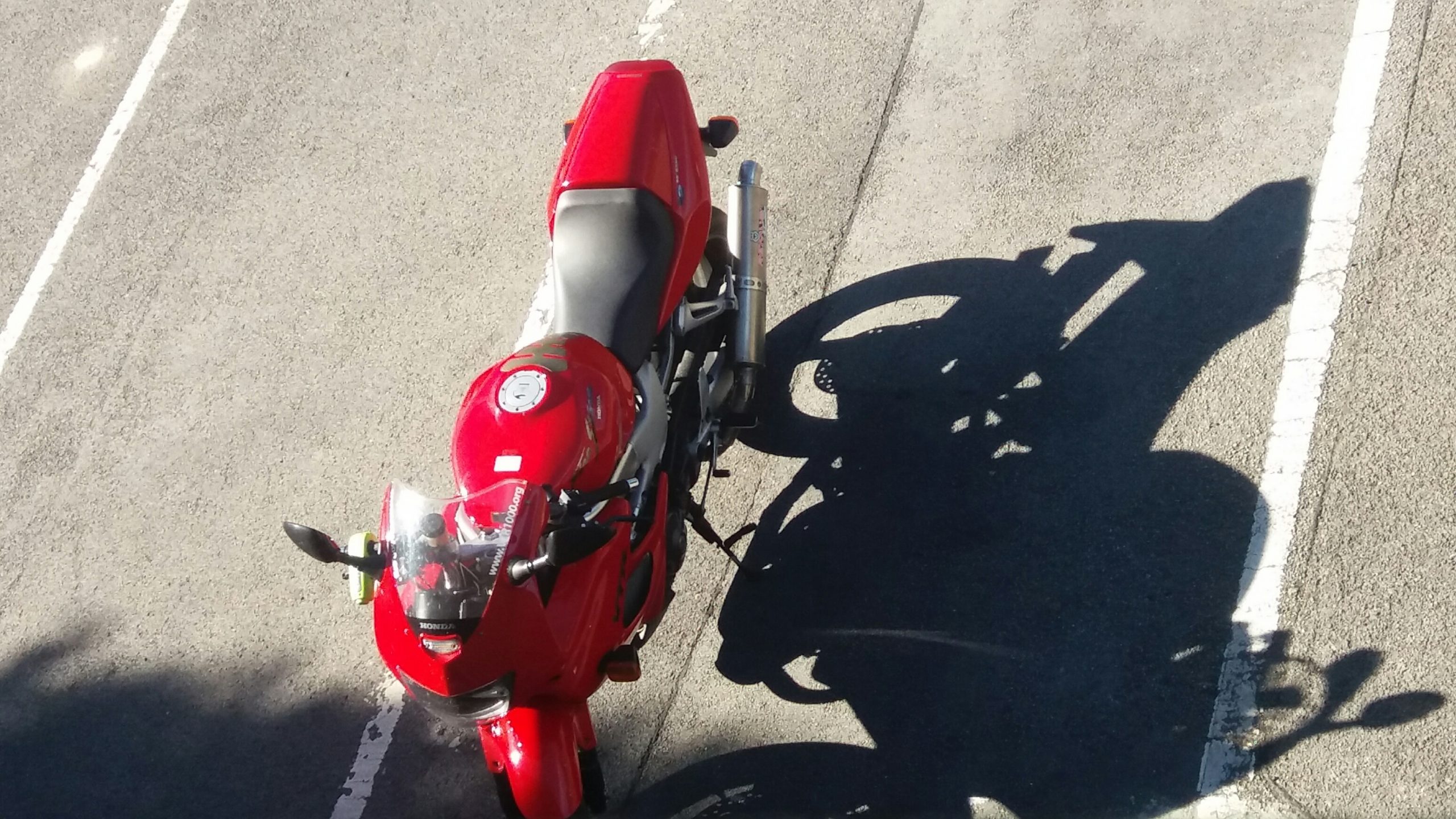 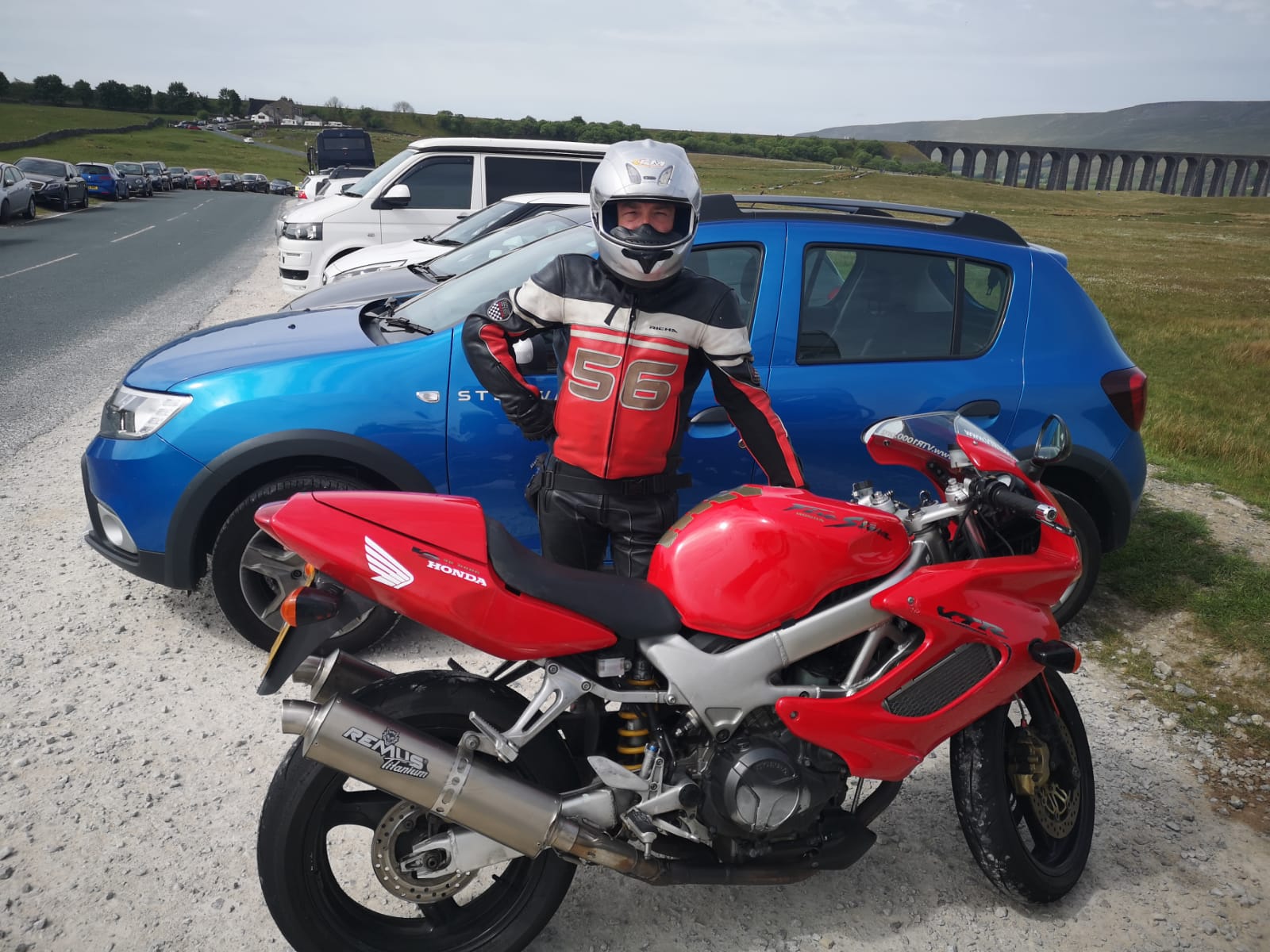 Cons are its thirsty and slightly underpowered, Rear shock Numbers on speedo too small

Comfort3 out of 5 stars

Never used with a pillion so unsure. Riding comfort is ok .im 6ft2 and it fits really well.

Quick enough for our terrible roads!

Thirsty but makes up for it with cheap running costs everywhere else. Home services a doddle

James Cater 4 out of 5 stars

Fitting a larger tank and upgrading the suspension would work wonders for the bike. It's my first ever V-twin, and much as I tried not to, I fell in love with it pretty quickly. You can buy one for a bargain price, and spend a small amount to get a bike you'll never sell – it'll do you fine for commuting and track days alike. The power is more than enough to keep modern superbikes honest, and the sound really is amazing. I set car alarms off regularly.

For a big bike, it's very flickable, and you never feel the weight

Engine is amazing - effortless power from anywhere at any time. It was the fastest bike 0-60 when it first came out, and is still no slouch. I find I do hit the limiter sometimes after riding 4 cylinder bikes, but you soon get used to it.

Build quality is ok, but over time the plastics have got a bit brittle. Make sure you put some manual cam chain tensioners on it, or you might suffer a massive failure from the originals...

Brakes are sharp but nothing special. The front gives a lot under braking but it's never really an issue.

Mr Carroll 5 out of 5 stars

Honestly I love this bike the engine and frame work really well together, deliver a bike that can perform well in all situations. I ride it all year with no problems at all. It's fast, smooth and stable but with enough punch to rip you arms off if you want it to. If you like v-twins want something sporty but with touring and commuting potential you will love this bike.

Fuel efficiency and the smallish tank is the only downside, but like I say I ride it all year, lots of miles, long trips and commuting and I love it.

Smooth, light, amazing around the corners and planted during acceleration/braking. Just what you want really.

Fuel efficiency and the smallish tank is the only downside, but like I say I ride it all year, lots of miles, long trips and commuting and I love it.

Andrew Rogers 4 out of 5 stars

Easy to get to know and enjoy no nasty surprises nice to ride at fast road speeds and only a little slow on the track but that could be my riding level more than the bike. A really easy bike to ride on the road.comfy fast enough and secure handling brake are reassuring. and suspension supple enough to not be jarring but controlled enough to be sporting

Bigger tank and sort the choke positioning out. Maybee more power if you like track days

A firm but not uncomfortable ride. with a really nice balance between comfort and chassis response.it is a bike you can learn to trust with no unwanted surprises in the handling department and it is easy to flick into corners for a 1000cc bike. solid stable and stops as well as it goes.

!00 bhp big v twin torque once above 1500rpm it pulls like a train .its plenty fast enough for roads .Only on the track do you find it may be lacking just a bit in comparison to some other sports bikes.

Bigger tank and sort the choke positioning out. Maybee more power if you like track days

Typical Honda build quality nice finish on the chassis and paint only one real quibble and that is the placement of the choke. It can be awkward if you are sitting on the bike .could have done with a bigger petrol tank ,although the later models did correct this.

Really nice feel to the brakes and powerful if you really need to stop in a hurry. i didn't notice any fade on the track either

It's a Honda so build quality, it's faster than my mates trumps, I love riding it

Relatively Low weight makes it managable , I suffer short a---e syndrome so cornering allows me to get it over with no chance of getting the knee down

Not so much the cost, just having to get to garage every hundred miles. A pain in the .......

Tuned for torque and BHP

It’s been a long while since I wrote off my firestorm, but in the two years I owned it, I can honestly say that I could not get on with it at all. Didn’t find it comfortable, it tank slapped dangerously on anything but a smooth road, ( tried different fork oil and played around with settings front and back), the fueling was awful, and coughed and spluttered a bit from time to time. The bike was clean, and had been looked after, but I wished in the end that I had never set eyes on it. Cam chain tensioner also broke. Luckily I heard it go and stopped as soon as I could . Tried in vain to sell a couple of times, but massive tank slapped had me off and broke 2 ribs in the process. Worst Honda motorcycle I have ever owned. Now have a Cbr600 fav, and Vfr400r nc30. Both way better bikes than VTR 1000 Firestorm. Sorry, but only being honest.

"All that I needed was completely successfully by your office..."