A good all-rounder, the Honda NTV650 is a reliable bike which can be used for commuting, longer journeys and even a bit of racing if you feel up to pushing the engine.  It has impressive suspension and a chassis which handles itself well in cities and towns, turning with the lightest of touches and a sleek look which might not have heads turning but will certainly look the part.

The engine in the NTV650 is a classic Honda, SOHC V-twin motor.  It’s a smooth running engine with a good level of torque and the ability to handle city riding along with those sweet riding moments when the road opens up clear and straight ahead and you can really let her go.  Although you wouldn’t typically class the NTV650 as a racing bike the engine does allow it to hold its own if you wanted to use the bike for that purpose as well.

Owners have reported slight issues with the gearbox which appears to be clunky and difficult to use and many feel that the bikes don’t hold their value although if they are well looked after, as with most Hondas, they will keep on going.  For this reason, if you are picking up a NTV650 second-hand, don’t be put off by high-mileage.  If the previous owner can demonstrate a regular level of servicing and limited issues elsewhere then you may just be able to grab yourself a bargain.

The NTV650 is probably not the bike for you if you are looking for a bike to turn heads and impress but it’s the perfect choice if you want a reliable road bike for commuting and the occasional longer journey.

Look at this review of the Honda NTV650… 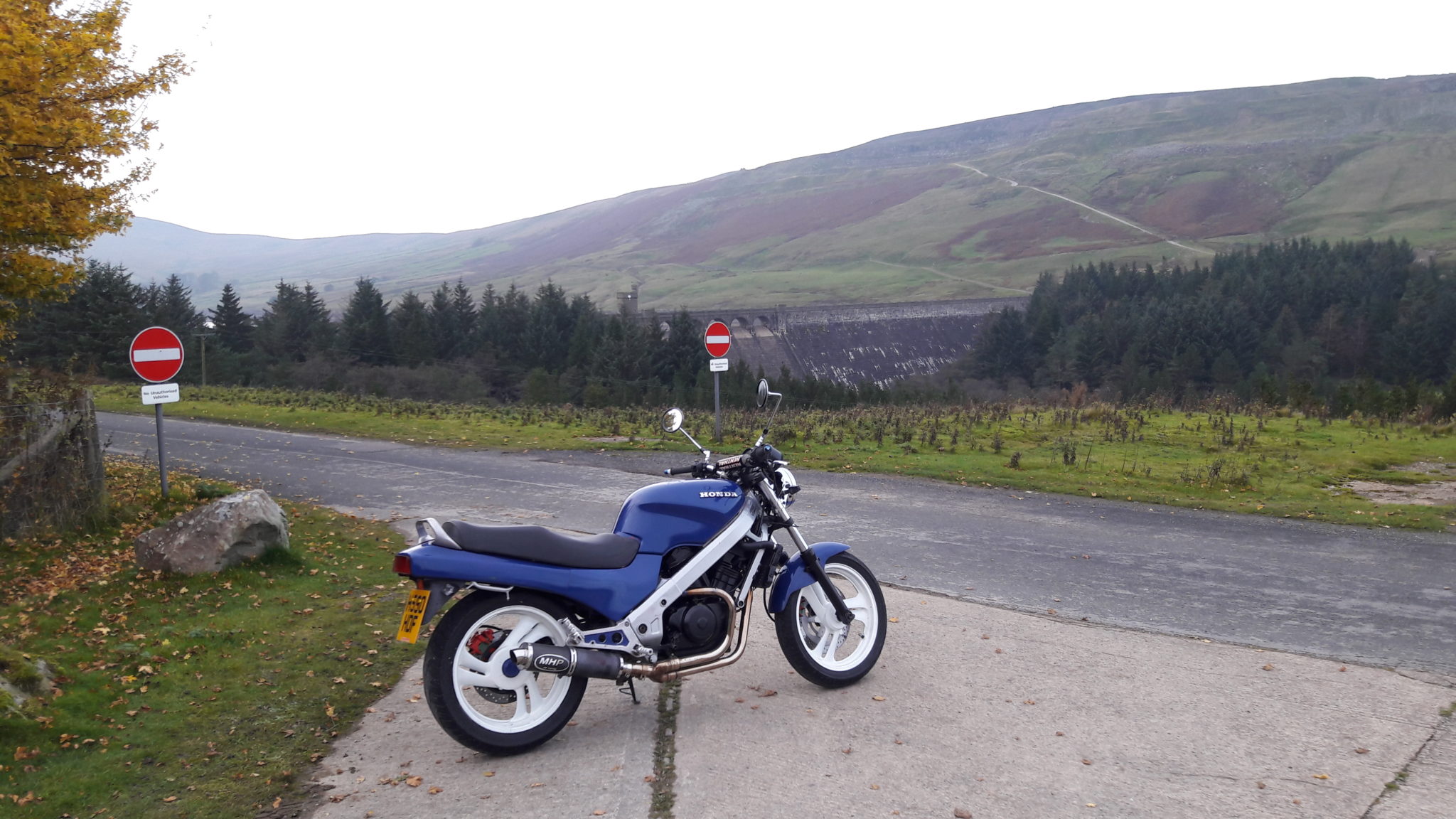 You can leave it the shed for a month and go out turn the key and be on your way. A really reliable bike that is pretty good for all types of biking.

Lighting is a bit average.

Does everything ok. Not super, but not crap. Just Mr Average in all it does

Could do with some more ponies. It was never a rocket from new.

Lighting is a bit average.

Brick toilets come to mind. 98k and never had heads off yet.

Adequate for the performance. Would have liked a double disc set up.

It rides very well with an unbreakable feeling to it, medium weight so takes corners with ease

It`s a small touring bike. no mind blowing acceleration with performance to match

Average MPG around 50. most of my other bikes were somewhere near this as long as you behaved with the throttle.

Very well built, never broken down and apart from the indicator switch packing up {until stripped,cleaned & re-greased} it`s run perfectly