The BMW S1000R has been produced by BMW for over four years and its popularity isn’t waning any time soon. This bike is a sports bike that is quick, nimble and a dream for those who want to start out their adrenaline junkie lifestyle.

There have been some updates over the years; things to make the bike come into the confines of the Euro4 noise and emissions laws which have had a positive rather than a detrimental effect on the bike.

The chassis has seen the biggest change which has taken its inspiration from the S1000RR. Its body is now considerably lighter thanks to the cast ally beam frame, which has made it drop a staggering 2kg in weight. The new exhaust that was fitted to the bike to make it law-friendly and the Akrapovic titanium silencer adds an extra dimension to the bike.

The electrical system has been upgraded to give it a brilliant cornering ABS and a traction control that is sensitive to the angles when the bike leans around corners. The Gearshift Assist Pro is standard as you would expect, but it has also incorporated a bidirectional quickshifter to allow the rider to shift up and down the gearbox without the need of a clutch. It takes a bit of getting used to but it definitely adds to the ride.

The power of this bike is now 163bhp while also running power from 6000rpm to 11,000 rpm. The driving experience is what all adrenaline lovers dream about. 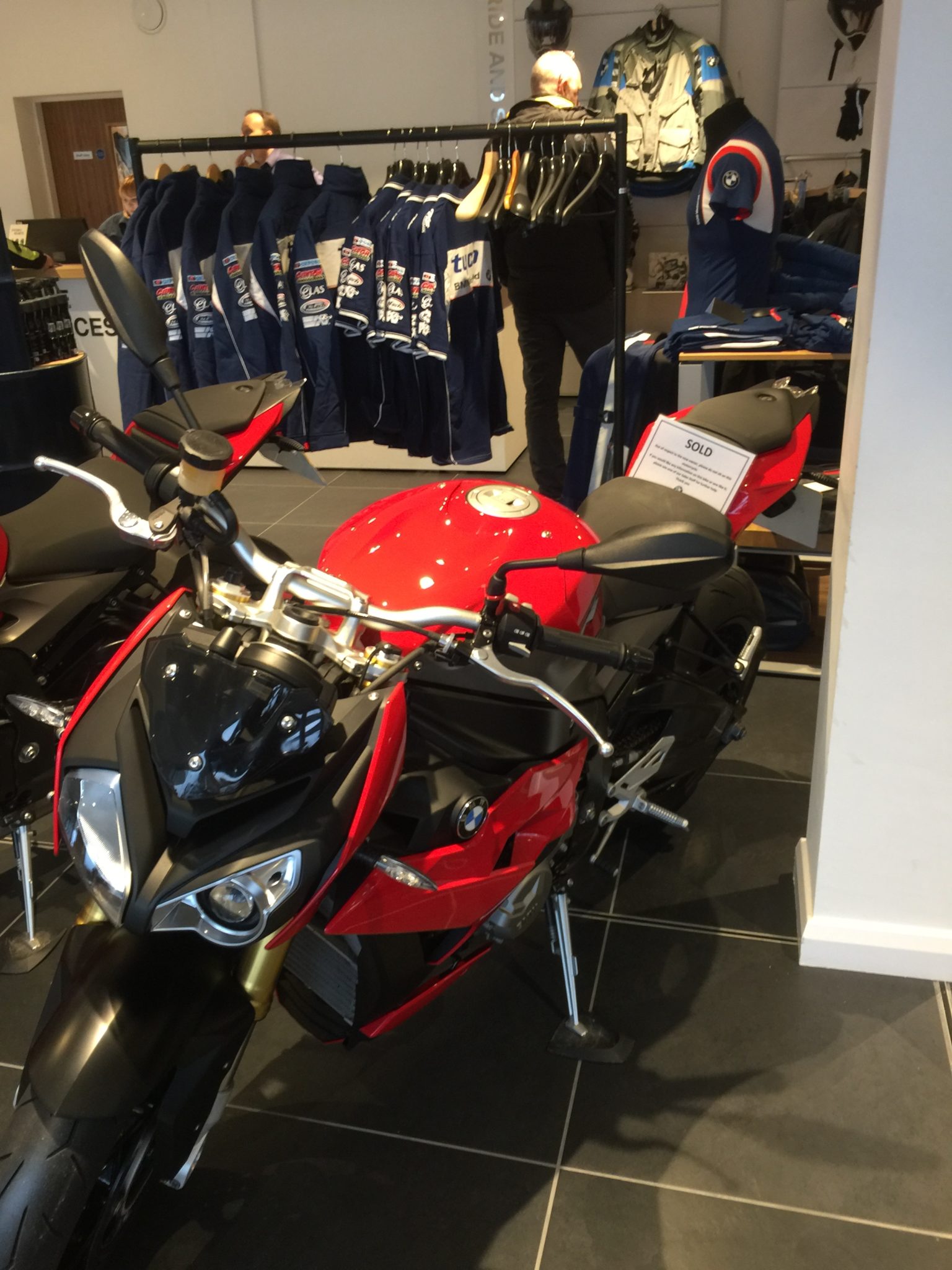 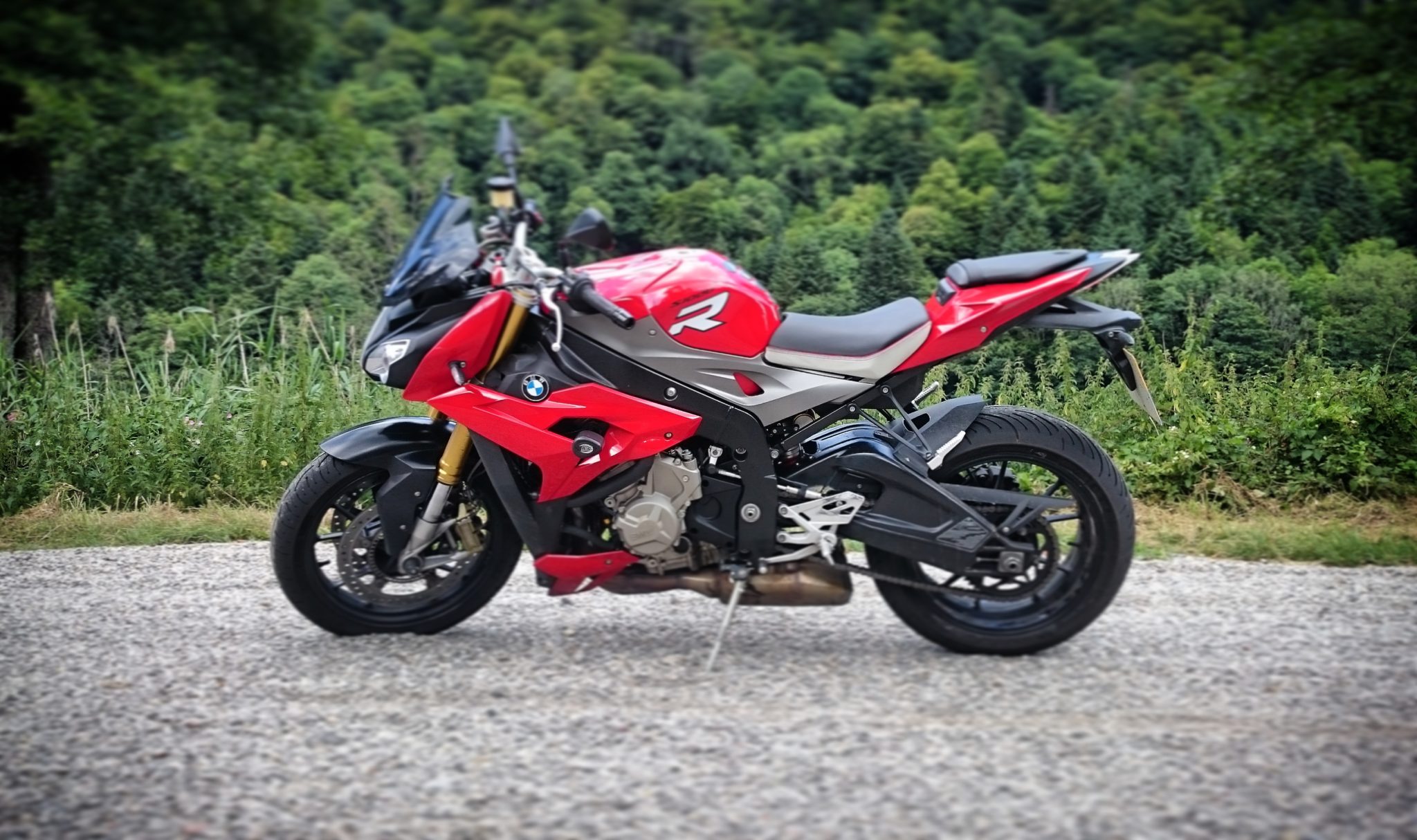 This really is a great bike and my next bike will most likely a newer version. The build quality is fantastic with some very nice extras.

Wet damp or dry it's an absolute dream to ride

Detuned S1000RR with a mid range boost and don't you know it.

Frostie 4 out of 5 stars

Looks great, handles well, wants to go go go. Great bike, 3 years on and it makes me smile on every ride.

Great ride, far ahead of me!

Incredible power/torque in every gear

The engine is amazing. It's a comfortable bike that is just as happy being a hooligan, throwing bags of power out at all points of the Rev range. It's sheer lunatic, front wheel in the air, speeds one moment and a genteel, polite and sensible glide the next. It looks awesome, it's realy comfy and faster on the road than most sports bikes. There is no bike I would rather have. The best thing I've ever bought and I have no intention of ever parting ways. If you want performance and comfort, looks, usability and pride of ownership this is the one for you.

It's thirsty. 30mpg is a good day, but if your having fun it's going to be around 20mpg or lower(3rd gear is wonderful but expensive) The steering lock is appalling. You dread the moment you get lost and watch your friends execute precise feet on pegs u-turns. Only for you to spend the next 2 minutes wobbling through a 5 point turn. The looks are decisive. I love them it looks like a mad scientist with a twitch that's one step away from going a murderous rampage.

My version has the semi active suspension which has a whole bunch of modes but I generally keep it in normal on either the road or dynamic engine modes, this gives you the full 160bhp without making the ride too harsh for the roads. The bike just glides over bumps and occasionally when on a good bit of tarmac it real does feel as though you are floating. The bike is stable in corners too. It realy inspires confidence and just goes where you point it with minimal fuss. I can achieve lean angles and corner speeds I could only dream about on my previous bike and it all comes natural, without effort. It's a very smooth ride, deceptively so with the power it's actually putting down

By far the best quality of the bike. The ride by wire is smooth and progressive so there is no snatchy throttle like when riding a yamaha, the initial power response is so gentle I stalled the first time I rode it. But it quickly progresses to gut wrenching speed. Opening the throttle on this bike is similar to the scene in starwars where they jump to lightspeed only with the addition of chainsaw wealding bears fighting sharks with lasers in the middle of a nuclear explosion. It's instant, it's aggressive, it's brutal and violent and you can't stop laughing with sheer joy during the whole terrifying experience.

It's expensive, and thirsty. The annual services soon empty your pockets and any extra you want are going cost. But it is worth every penny and it can be affordable. I don't earn much, but I was able to buy myself one with a little bit of saving and a very good finance deal using pcp.

My bike has 12k on the clock. And in all that time it has broke down once. As far as things go it was fairly convenient too. I was riding in Europe for ten days. The ignition barrel broke on the first, this mean the bike electrics wouldn't turn off with the key. The engine started and ran fine. The killswitch would stop it too. But the ignition wouldn't switch off without disconnecting the battery. So I simply did this every time I left the bike and used the killswitch to switch the engine off when fueling up. It was fixed for free by bmw when I returned home and I even was given the green light to continue, albeit with a slightly inconvenient ignition, with my holiday by bmw in lille. So great service from the brand. The bike feels quality. It's packed with technology. You feel like there is no space overlooked in the effort to cram as much as possible into what is a rather small bike in size terms.

Riding headlong into a brick wall would slow you down slightly slower.

160 bhp of very usable power, loads of torque in every gear from any revs

Service a bit expensive but worth it, good on fuel with around 120 miles to a tank.

Had no issues at all

The ride and build quality

4 ride modes which makes it so easy to ride and corner. Can ride nice and steady or put it into dynamic + and keep up with any sports bike.

Well it’s a BMW German build quality no issues at all.

Great breaks fitted with abs helps massively and the stopping power is awesome.