Just like when footballers retire and become managers, the same applies to motorbike racers and if you cast your eye over successful teams over the last few decades, many have had former riders at the helm.

Their former status on the track has helped attract sponsors, riders and manufacturer support enabling them to continue to fight for title success. Here’s our look at ten of the best.

Giacomo Agostini remains the most successful rider in the sport with the Italian taking 122 Grand Prix wins and 15 World Championships. Having retired at the end of the 1977 season, Agostini enjoyed some years away from the sport but he returned in 1982 with a factory 500cc Yamaha team as Graeme Crosby and Graziano Rossi were signed. With big-money backing coming from Marlboro, Crosby took second that year before the team stepped up a gear in 1983 with Americans Kenny Roberts and Eddie Lawson challenging for the title.

Roberts also finished second overall, pipped to the title by Freddie Spencer by just two points but, with Agostini steering the ship, Lawson took titles in 1984, 1986 and 1988. Other riders under his management included Raymond Roche, Virginio Ferrari and Rob McElnea whilst between 1986 and 1990 he also managed the Marlboro Yamaha 250cc team with Luca Cadalora, Martin Wimmer and Alex Criville amongst the riders.

When Lawson left for Honda in 1989, Agostini managed to lure Freddie Spencer out of retirement but it didn’t reap the rewards either party had hoped for and Marlboro switched their backing to Kenny Roberts’ team in 1990 instead. He returned in 1992 as Cagiva team manager, a position he held until 1994 when the Italian manufacturer withdrew and his last season as a manager came in 1995 when he managed a 250cc Honda team with Doriano Romboni.

A former British Champion and podium finisher in the 500cc World Championship, Steve Parrish rode for both the Heron Suzuki and Mitsui Yamaha teams during his career and when he hung up his leathers at the end of 1986, he immediately turned his attentions to managing the Loctite Yamaha team in the British Championship full time as well as forging his own, highly successful truck racing career, which saw him win numerous European titles. 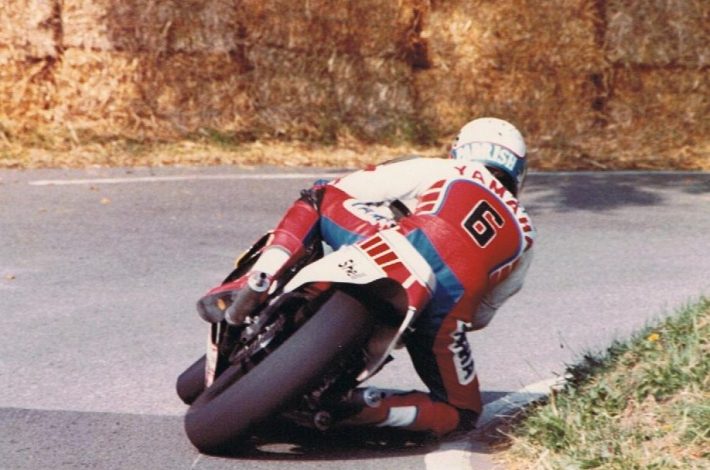 British Championship titles were won with Kenny Irons, Keith Huewen, Terry Rymer and Rob McElnea whilst the team also enjoyed numerous wins and podiums at the Isle of Man TT races with riders including Trevor Nation, Geoff Johnson, Nick Jefferies, Brian Morrison and Brian Reid. Parrish handed over the reins to McElnea in the early 1990s and became a highly respected commentator and pundit within the media.

Lincolnshire’s Neil Tuxworth had a long and distinguished racing career that lasted for 20 years and in that time he racked up no less than four podiums at the Isle of Man TT, four at the North West 200 and one at the Ulster Grand Prix as well as being a consistent front runner on the UK short circuits. Having battled back from serious injury at Aberdare Park in 1986, that almost cost him his life, he retired at the end of 1989 to take up the post of team manager at Honda Britain.

For more than 25 years, Tuxworth has been at the helm, in various guises, and in that time it’s been a non-stop success story. Both World and British Superbike Championship titles have been won with names such as John Kocinski, Colin Edwards, Steve Hislop and Ryuichi Kiyonari whilst the Isle of Man TT results are simply superb with countless wins taken by, amongst others, Hislop, Joey Dunlop, Carl Fogarty, Phillip McCallen and John McGuinness. Tuxworth officially retired at the end of 2016 as one of the most successful team managers ever. 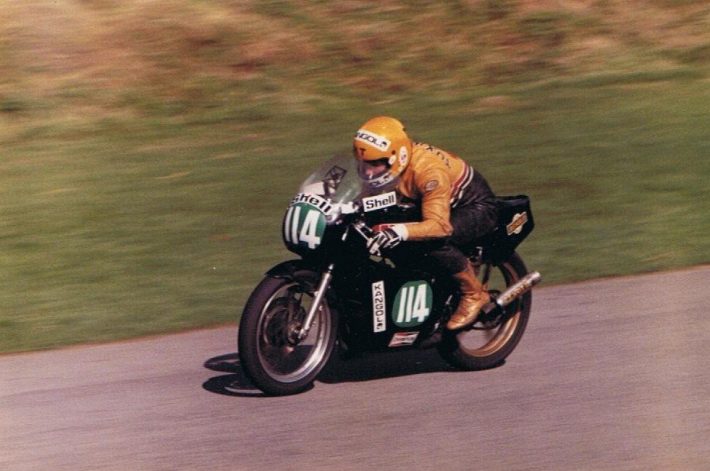 After briefly competing in 250s, Italian rider Davide Tardozzi turned his attentions to the fledgling Superbike class and, in 1988, won the very first leg of the inaugural World Superbike Championship meeting at Donington Park although a crash in the second leg robbed him of overall victory. Riding a Bimota, he won five races that season but only finished third overall due to a lack of consistency. He then won the 1991 European Superbike Championship before retiring and taking a team manager’s position at Ducati. 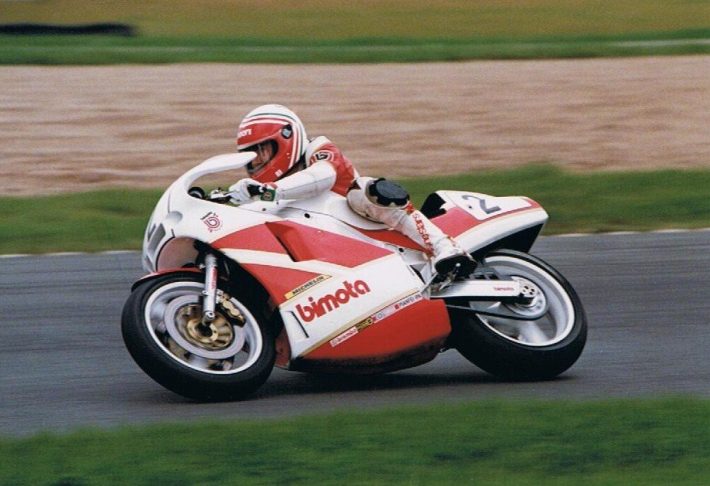 Under his stewardship, the team won numerous World Championships with Carl Fogarty, Troy Corser, James Toseland and Troy Bayliss, taking eight titles in total so it came as a shock to the racing world when he left Ducati at the end of the 2009 season. He soon took up a similar role with BMW Motorrad but with the team only staying in WSB for a short while, he returned to Ducati to act as Team Coordinator for their MotoGP team, a role he still fulfils today.

A double 250cc World Champion in 1988 and 1989, Sito Pons didn’t enjoy the same success in the 500cc category and retired at the conclusion of the 1991 season but he soon returned to the sport, creating the Honda Pons Racing team to compete in the 500cc World Championship. With factory NSR500 machinery and the likes of Loris Capirossi and Alex Barros on board, the team won numerous races although the championship ultimately eluded them. 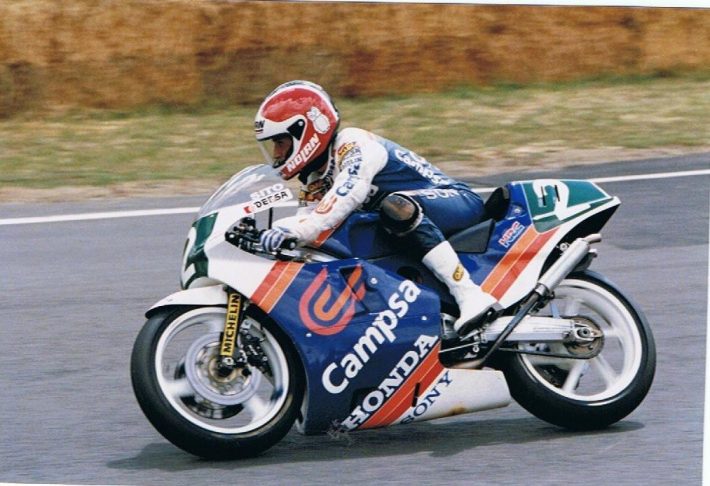 The same occurred in the MotoGP division in the early 2000s when Max Biaggi and Troy Bayliss were amongst the riders and with sponsorship becoming harder to find, he was forced to disband the team before the 2006 season due to a lack of funding. However, it wasn’t long before he was back, albeit in the Moto2 category, and success soon followed with Pol Espargaro winning the World Championship in 2013. Maverick Vinales also won a number of races and the team remains in the series in 2017.

With a Grand Prix racing career that lasted from 1982 until 1997, Jorge Martinez is another highly decorated Spanish rider to form a highly successful World Championship team with the four-time Champion having one of the biggest presences in the paddock. After retiring, ‘Aspar’ was soon back in the sport, initially in the smaller classes, where all of his titles were won, and race wins and podiums soon started to flow for his various riders whilst he also had an 18-year relationship with Aprilia.

Alvaro Bautista, Gabor Talmacsi, Julian Simon and Nicolas Terol all won the 125cc World Championship with Simon going on to take second overall in the inaugural Moto2 World Championship of 2010 and by that stage, Martinez was continually expanding his operation. His first year in the premier MotoGP division came in 2010 where they’ve subsequently run both Honda and Ducati satellite machinery with riders including Hector Barbera, the late Nicky Hayden, Eugene Laverty and Bautista although a podium continues to elude them. 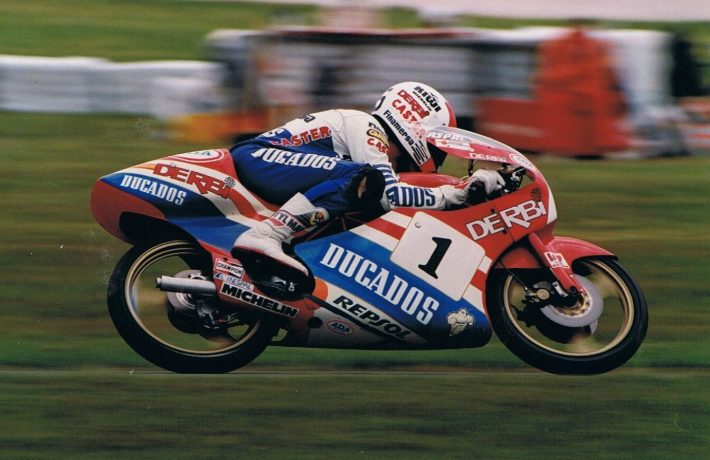 A double 125cc Champion in 1985 and 1987, Italian rider Fausto Gresini formed his own team in 1997, competing in the 500cc World Championship for two seasons with Alex Barros. They then dropped down to the 250cc class which they won in 2001 with Daijiro Katoh and that prompted a return to the MotoGP class in 2002 where they’ve remained ever since, whilst also continuing to compete in the other classes. 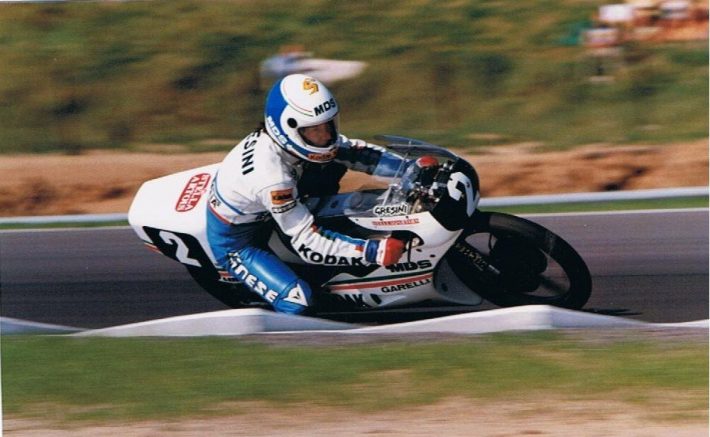 Tragedy struck the team in 2003 when Katoh was killed at Suzuka but they bounced back and Sete Gibernau, Colin Edwards and Marco Melandri were amongst their riders in MotoGP, Gibernau twice finishing runner-up. In 2010, they joined the all-new Moto2 Championship and promptly won the world title with Toni Elias but tragedy again struck the following year when MotoGP rider Marco Simoncelli lost his life after a crash in Malaysia.

Again the team regrouped and both Sam Lowes (Moto2) and Enea Bastianini (Moto3) have since given them top three positions in the World Championship whilst Gresini Racing now runs Aprilia’s factory effort in MotoGP.

With a successful racing career that saw him ride factory machinery for Suzuki, Yamaha and Honda, compete in the 500cc and Superbike World Championships, become British Superbike Champion and win three races at the Isle of Man TT, Rob McElnea took over as team manager for Yamaha’s British Superbike effort after Steve Parrish vacated the role in the early 1990s. Initially combining the role with his own riding duties, he concentrated on management after his racing career was ended by injury in 1993. 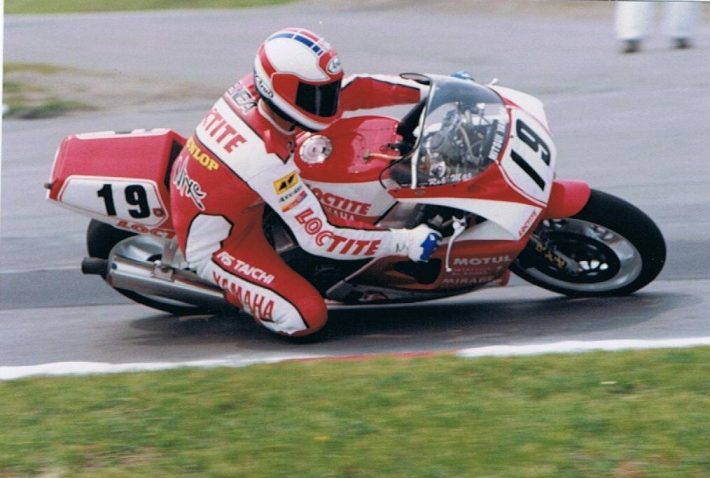 The late 1990s saw the team, with backing from Cadbury’s Boost, dominate the British Superbike Championship as former GP rival Niall Mackenzie took three successive titles between 1996 and 1998. A subsequent deal with Richard Branson and Virgin Mobile didn’t see them repeat their championship winning success but they did take race victories with Steve Plater, James Haydon and Tommy Hill whilst McElnea played a pivotal role in the Virgin Mobile Cup series which produced numerous future Superbike riders. After being one of the longest standing Superbike teams in the British Superbike Championship, McElnea left the sport at the end of the 2011 season.

A consistent 125cc rider in the 1990s, Lucio Cecchinello set up his own team in 1996 whilst continuing with his own career and just a year later he claimed his first Grand Prix win. With Noboru Ueda as his team-mate, the duo gained some strong results with the rider/manager finishing fourth overall and in 2002, he increased his efforts to include the 250cc class too with Casey Stoner on board. Cecchinello retired at the end of 2003 to concentrate on team management and riders who’ve subsequently ridden for him reads like a who’s who of the sport with Alex de Angelis, Randy de Puniet, Roberto Locatelli, Carlos Checa and Toni Elias amongst them.

2006 marked Cecchinello’s first foray into MotoGP, again with Stoner, and since 2008 he’s concentrated his efforts solely on the premier class with Stefan Bradl and Cal Crutchlow claiming the team’s highest Championship position, seventh, in 2013 and 2016 respectively. However, arguably their best moments came in 2016 when Crutchlow took two MotoGP wins with the Brit continuing with the team for a fourth season in 2018.

A former British Superbike Championship rider in the mid-1990s, Englishman Muir concentrated on his business interests after retiring before forming his own team, Shaun Muir Racing, in 2002. Having moved into British Superbike Competition in 2004, their results steadily improved and wins came towards the end of the decade for James Ellison and Stuart Easton, the latter finishing third overall in the series in 2009. In 2011, they switched to Yamaha machinery and the move paid dividends as Tommy Hill gave them their first BSB title after a nail-biting final round at Brands Hatch.

In 2013, Milwaukee Tools came on board as the title sponsor and with Australian rider Josh Brookes having been signed they secured their second BSB title in 2015. That prompted a switch to the World Superbike Championship – one of Muir’s long ambitions – and BMW power in 2016 but season didn’t go to plan and Brookes left the squad at the end of the season. However, the team then secured a deal with Aprilia to run their official WSB team for 2017 and both Eugene Laverty and Lorenzo Savadori had solid seasons on the RSV4.

"I did not have certain reference numbers, or the name..."