Motorways across England are gradually changing. There is now an increased number of Electronic Variable Message Signs (VMSs) being used to guide motorists along the motorways.

It’s important to understand our Smart Motorways, why they are there, what they actually do and what they mean.

How are they controlled?

CCTV cameras are used by Highways Agency regional control centres to assess the situations on the motorways. This information is then used to decide appropriate speed restrictions, lane closures and hard shoulder openings. On Smart Motorways such information is then displayed overhead on VMSs.

A Guide to Motorcycle Helmets

A controlled motorway is a motorway with variable mandatory speed limits which are displayed on Controlled Motorway Indicators (CMIs). CMIs are mounted above each lane to inform motorists of the speed limit, as shown in the image below 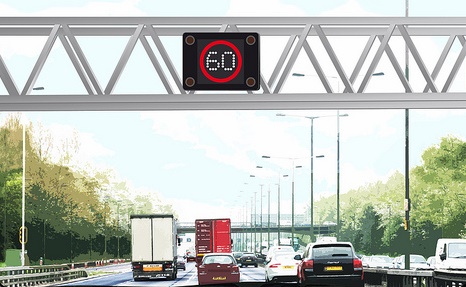 For all lane running there is no hard shoulder. Every lane of the motorway is to be used. In the event of a breakdown, accident or any other type of emergency, motorists should pull over in the designated refuge areas which are located every 2.5km. Refuge areas can be found on the M25 J23-27 and M25 J5-6/7 for example. 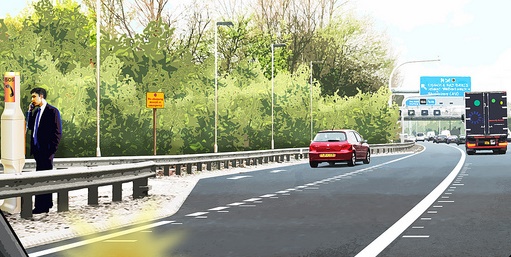 Some motorways will have a hard shoulder that can be opened in cases of an emergency or during busy times. Motorists are made aware of when the hard shoulder may be used and when it should not be used by displaying this on VMSs overhead.

When you see a red X symbol over a lane on the motorway, do NOT use that lane! The red X is used when a particular lane has been closed due to an incident or because people are working on the road. It’s important to be extra vigilant when the red X is shown and to move over to an open lane as safe and quickly as possible.

There are two types of red X symbols on the motorway and can be found:

On a gantry sign above the motorway, such as this: 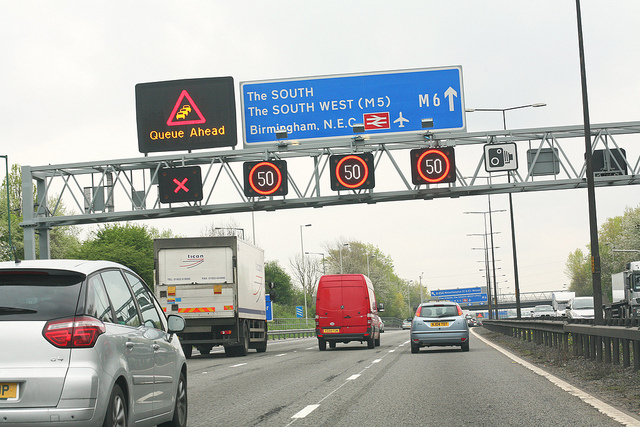 On a gantry sign at the side of the motorway, such as this: 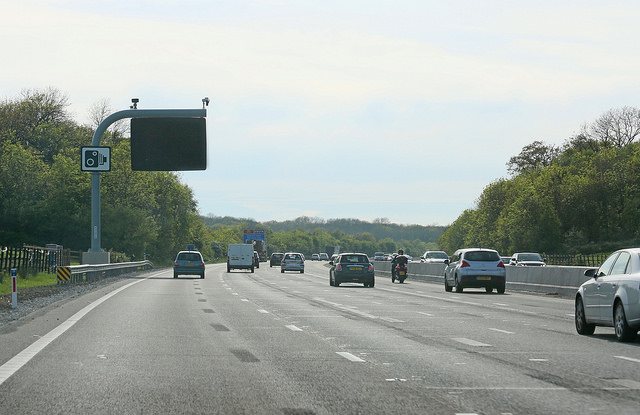 The different types of Smart Motorways and where they can be found: 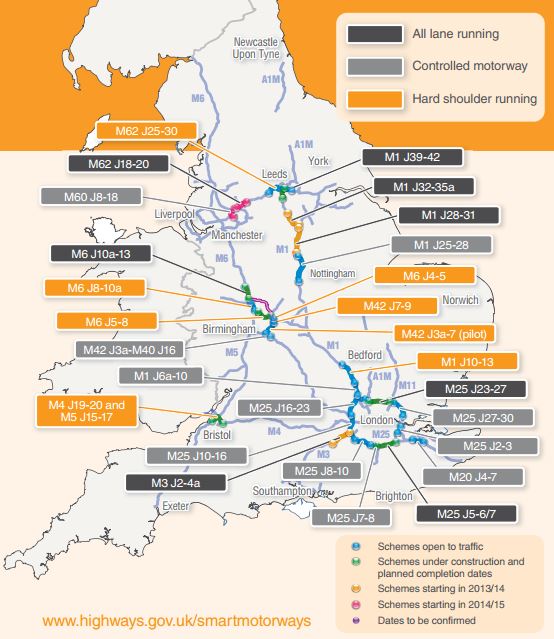 Check out some more of our safety guides here...

Preparations for your Journey