With the Manx Grand Prix being over 90 years old, the event has seen some illustrious names compete, some for just one year – before moving on to the Isle of Man TT – others continuing until they reached their goal of a race win.

With rules for almost 40 years dictating race winners had to move up to the TT, the multiple winners and podium finishers have come in the Classic Manx GP races which ran from 1983 until 2012 before being replaced by the Classic TT.

The latter has only been in existence for four years, hence just one inclusion, but here’s our Manx GP/Classic TT Hall of Fame.

Born in 1915, Yorkshire’s Denis Parkinson was described by many as the ultimate privateer and made his debut at the Manx GP in 1932 when aged only 17! His first success came in 1936 when he won the Lightweight 250cc race, which was run concurrently with the Junior race, and he made the class his own as he was also victorious in 1937 and 1938.

After the war, he took third and fourth in the 1946 Junior and Senior races and second (Senior) and fourth (Junior) in 1947, a year which also saw him win the Junior Clubmans TT. His fourth Manx GP victory came in the 1948 Junior and after another podium in the 1951 Senior (third), he took his fifth win in the 1953 Senior. That year saw him set a new lap record and become the first rider at the Manx to lap at more than 90mph.

Austin Munks was one of the first heroes of the Manx Grand Prix and put his name in the record books not once but twice with his first history-making moment coming in 1936 when he won both the Junior and Senior races. He’d been successful before that though with victory in the 1933 Junior and third in the same race in both 1932 and 1934.

Fourth in the Senior of 1935 further emphasised his talent and although he didn’t compete for eleven years after his winning double of 1936, he returned in 1947 and immediately put himself in the record books again, his victory in the Lightweight race being the first at the Manx by a foreign machine, Moto Guzzi.

Cumbrian motorcycle dealer Bob Jackson made his Manx Grand Prix debut in 1975 with his first major result coming two years later when he placed fourth in the Lightweight race. 1978 saw him claim a brace of podiums, with second in the Junior and third in the Lightweight.

The following year saw another third place taken in the Lightweight but after taking second in the same race in 1980, he decided to move onto the TT where he went on  to take seven podiums between 1981 and 1998. He returned to the Manx for the Classic races and took five wins in the Lightweight category as well as three podiums in the Senior class. A road racer of the finest order, his career was cut short by injury sustained at the 1998 Mid Antrim 150 road races.

A Huddersfield school teacher, Swallow made his debut in the 1974 Senior Manx Grand Prix riding a Velocette, one of the machines he would go on to be famously associated with. His first win though came on a Honda in the 1986 Junior Classic, a race he would go on to win a further three times, in 1992, 1996 and 2002.

In the Senior category, he rode a variety of machinery including Matchless, Norton and Aermacchi but was challenging for the race wins on all of them and took five victories on the 500s, in 1989, 1994, 1995, 1999 and 2003. He has taken more podiums at the Manx GP than any other rider and is still competing today, his most recent finish being a fine eighth in the 2016 Senior Classic TT. He also has a TT podium finish to his name with second in the 1999 Singles race. 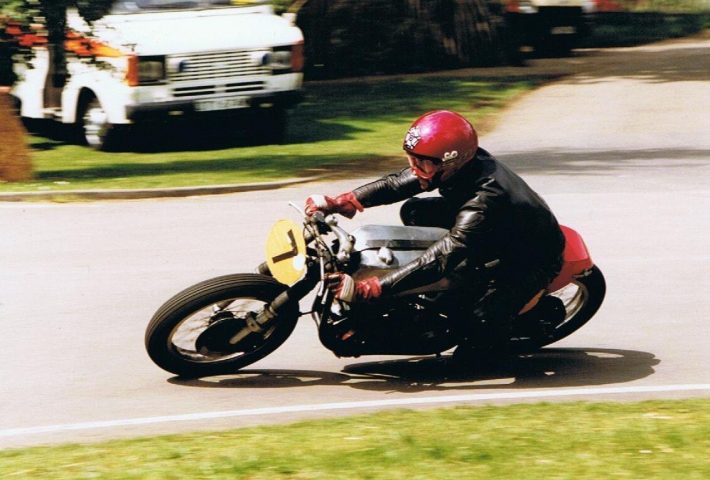 Brother of Bill, Richard Swallow had to wait some 15 years before taking his first Manx Grand Prix when, after making his debut in 1972, he won the 1987 Junior Classic race. Prior to that, he’d enjoyed success on modern machinery with second place being taken in the 1977 and 1978 Lightweight races and fourth in the 1978 Junior and 1979 Lightweight.

He then competed at the TT between 1980 and 1989, taking a best finish of sixth, but it’s the Classic races he’s best remembered for and after that initial Junior success in 1987, he won the same race for the following four years. That made him the first rider to win the same race five years in succession and he backed this up with second in the 1989 Senior Classic race and third in 1990.

Bob Heath made his debut in the 1967 Production TT races and although a TT win ultimately eluded him, he took four podiums with his career lasting from 1967 until 1998. His first appearance at the Manx came in the 1989 Classic races and although he was forced to retire, the next ten years saw him continually fight for the wins.

His first victory came in the 1990 Senior Classic race and he would win the race a further six times to make it seven in total. Meanwhile, he was also victorious in the Junior race four times and his 11 wins make him the most successful rider of all time at the Manx Grand Prix. His battles with Bill Swallow, John Goodall, Bob Jackson and co made the 1990s one of the most entertaining and closely fought periods in the history of the race. The Walsall rider retired at the end of the 1999 season.

Another rider to enjoy a long and varied career at the Manx, Richardson finished sixth on his debut in the 1986 Junior Newcomers race but had to wait until 1995 for his first podium with second coming in the Senior race. Third was the outcome in the same race the following year but in 1997 he finally claimed the top spot with victory in the Junior race.

A move up to the TT followed but immediately returned for the Classic races with his best results coming whilst riding for Martin Bullock Racing. The Blackpool rider would go on to win nine Classic races, in the Junior, Lightweight and Post Classic categories and ten victories in total makes him the joint second most successful rider of all time.

Ryan Farquhar made his Mountain Course debut in 1999 when he won the Senior Newcomers Manx Grand Prix and a year later, he claimed victory in the feature Senior race. He promptly moved onto the TT but returned to the Manx in 2005 for the Classic races. He struck up a partnership with Roger Winfield and together they won five Senior Classic races with the 500cc Paton whilst the Northern Irishman also won races in the Junior and Post Classic Superbike categories.

His last win came in the 2012 Senior Classic race but, after a brief retirement, he returned to the Classic TT and finished third in the 2015 Superbike race. Ten Manx Grand Prix wins sees him tie with Richardson in joint second overall on the all-time winner’s list. 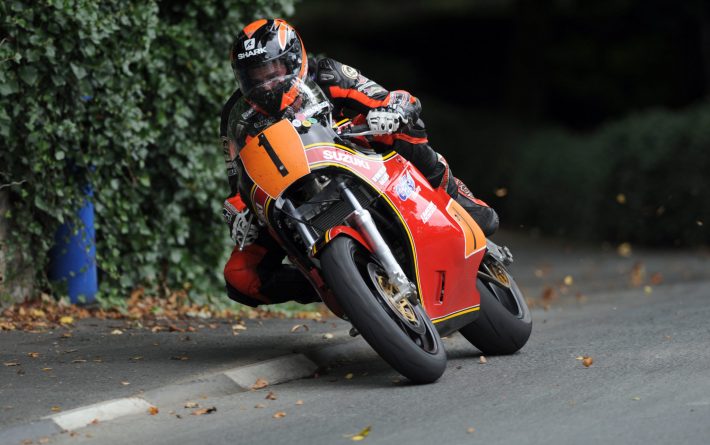 PACEMAKER, BELFAST, 2/9/2011: Ryan Farquhar (Winfield Suzuki) exits Governor’s Dip on his way to winning the Classic Superbike race at the Manx Grand Prix in the Isle of Man today. It was Ryan’s third win of the week and his ninth MGP win. PICTURE BY STEPHEN DAVISON

Michael Dunlop was just 17 years of age when he made his Manx Grand Prix debut in 2006 but, with father Robert by his side, he promptly won the Newcomers C race on his 125cc Honda. Just a year later he was riding Superbikes at the TT but he returned to the August event for the inaugural Classic TT in 2013, returning every year since, and he’s won more races in those four years than any other rider.

Three of those have come on Steve Wheatman’s 1100cc XR69 Suzuki where he’s enjoyed some superb battles with Bruce Anstey. He’s also been a regular in the Senior and Junior races, primarily riding the Molnar Manx Nortons but his 2016 Junior win was taken when riding the Black Eagle Racing MV Agusta. 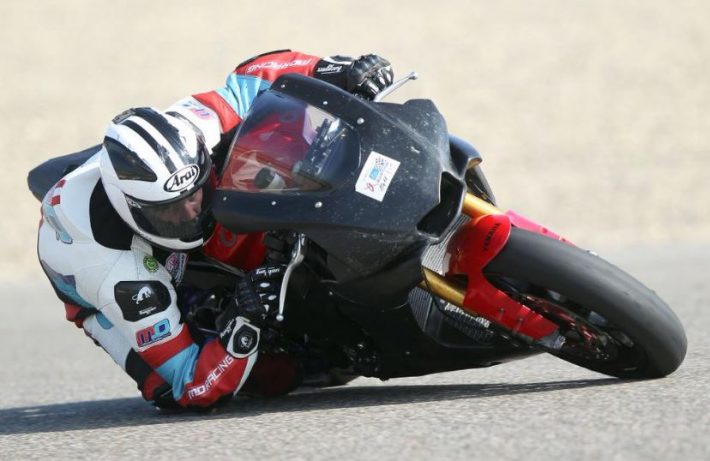 "Most reasonable and comprehensive insurer I have managed to find..."