The Suzuki GSX-S1000 has been a big hit since it was launched in 2015. Built around the firm’s GSX-R1000 superbike frame and engine, its solid roadster performance and easy handling – together with a very decent price – has made it a popular choice for thousands of UK riders. A 140bhp engine and 207kg kerb weight were decent numbers, and an update in 2017 gave it nearly 150bhp, with a slipper clutch and other mods.

And now for 2021, Suzuki’s given the GSX-S1000 another going-over, with an updated Euro5 engine design that produces more power and torque, a complete bodywork revamp, ride-by-wire throttle, more advance electronic rider aids and a larger fuel tank. 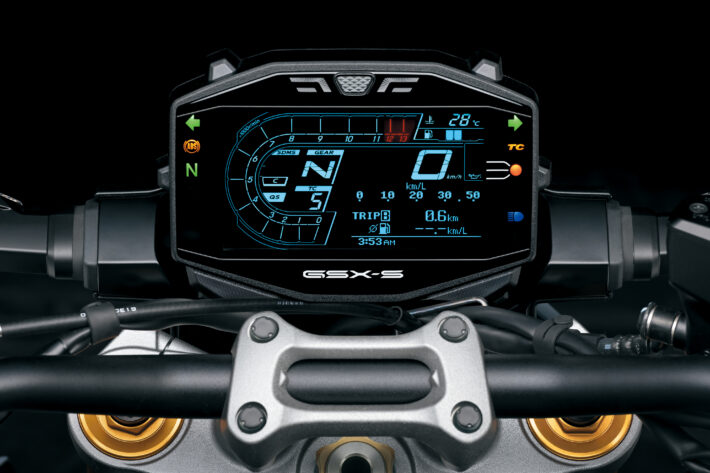 That bodywork restyling job is the most obvious change of course – Suzuki’s totally changed the look of the GSX-S, with a more aggressive set of fairing panels. There’s a radical LED headlight, with a three-part stepped hexagonal vertical layout, and aerodynamic ‘winglets’ either side, which Suzuki claim are inspired by its 2020-title-winning MotoGP bike. The winglets lead into the layered radiator sidepanels and on to a pair of ‘urban camo’ side panels. The new bodywork comes in Suzuki blue, a new matt grey and a stealth gloss black colourways. 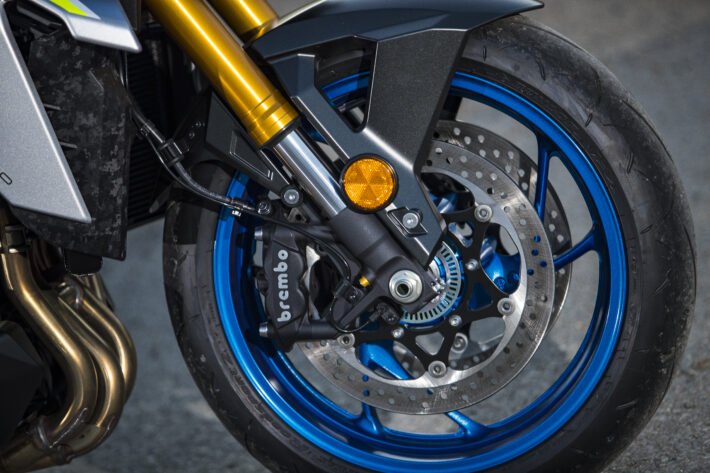 Under the new clothes, the engine is still based around the venerable GSX-R1000 K5 long-stroke engine, but has had a proper redesign of the top end. New inlet and exhaust camshafts and tweaked valve springs fill in gaps in midrange grunt for a flatter torque curve, and allow more peak revs for slightly increased top-end power – now 151bhp@11,000rpm from 150bhp@10,000rpm. Torque is about the same as before: 79.66ft lb@9,500rpm. Euro5 rules have generally cut power from legacy engine designs, so to maintain the GSX-S1000’s peak power is good work from Suzuki. 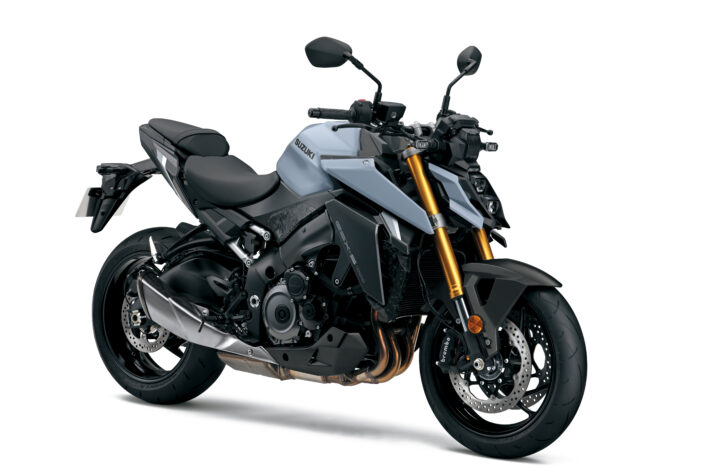 There’s a new ride-by-wire throttle setup, plus a revised exhaust system and new airbox. The exhaust incorporates an extra catalytic convertor for Euro5 emissions compliance – but Suzuki says it’s kept the same exhaust note as before.

The bottom end is largely unchanged, though there’s a new clutch design, with an updated slipper/assist function. This uses ramps inside the clutch mechanism which clamp the plates harder together under acceleration, allowing slightly lighter springs for an easier lever pull. 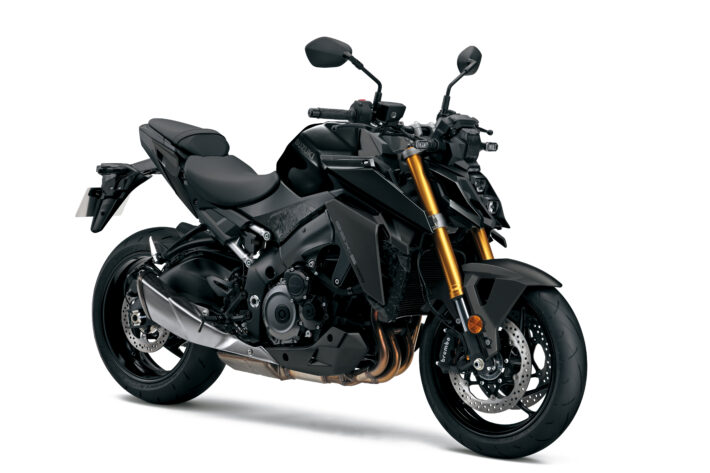 As with all the latest Suzukis, the new GSX-S1000 gets a fresh electronics package. The ride-by-wire throttle system allows more advanced five-level traction control, and an up/down quickshifter as standard, while there are three power modes and a new LCD dashboard. We’re missing out on a cruise control setup though – but you might well expect that on an ‘F’ faired version of the bike, should that also get the 2021 update… 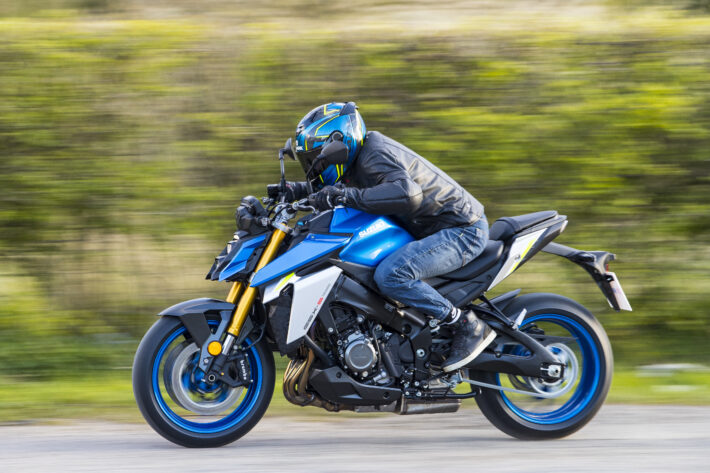 The chassis foundations are mostly as you were, with the frame, swingarm and suspension layout unchanged. The sweet Brembo monobloc calipers remain in place too, with optional coloured caliper designs available from Suzuki. Internal damping settings on the shock are tweaked for better performance, and the new handlebars are 23mm wider and 20mm closer to the rider for easier steering response. Tyres are new Dunlop Roadsport 2 front and rear, and a new tank holds 19 litres of fuel (up from 17 litres). We can only hope they manage to shoehorn this mind-blowing amount of unleaded into the next update of the GSX-S1000-based Katana retro-roadster, which holds just 12 litres… 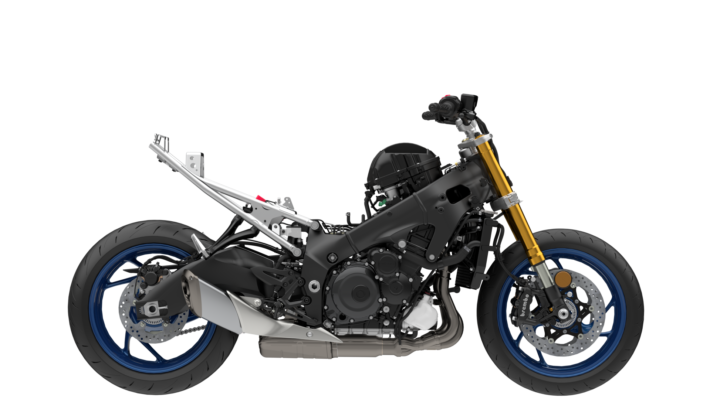 Overall, a fairly decent update then, if nothing earth-shattering. There’s good news for the wallet though – Suzuki’s kept the sticker price super-keen on the new GSX-S1000. It will be available in Suzuki dealerships from the end of June, with an RRP of just £10,999. More info: https://bikes.suzuki.co.uk

"The rates were competitive and the service good"